I wasn't sure exactly what we were going to do today but I suggested we go on a walk as a family and our walk ended at a local cemetery, where we talked a bit with the kids about what Memorial Day is and why there were so many little flags dotting the hills that we were walking up and down. 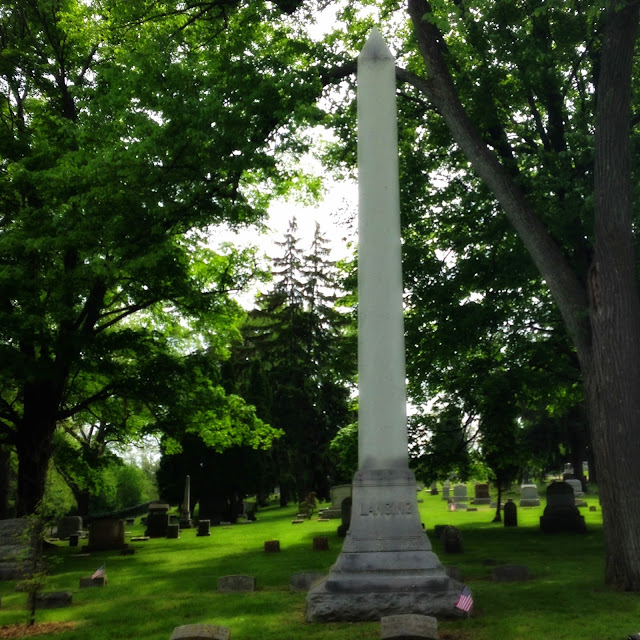 Sadie, of course, was especially fond of this particular headstone that belonged to a soldier who fought in the Civil War (although this wasn't the section for the soldiers killed in battle), since he shared the name of our first baby boy. 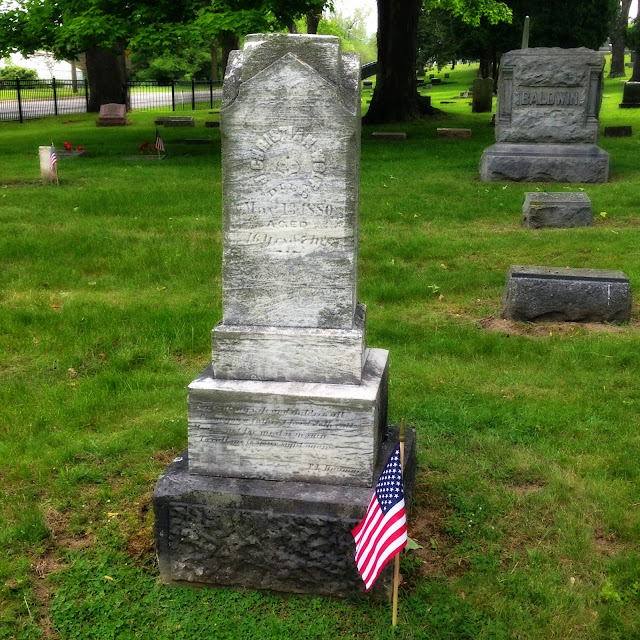 This one, which was so tiny and plain also caught my eye: 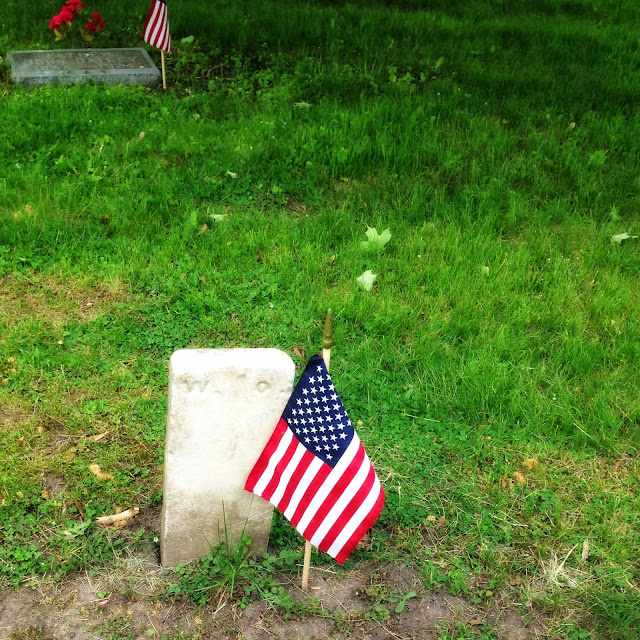 Our path took us past some of the larger memorials: 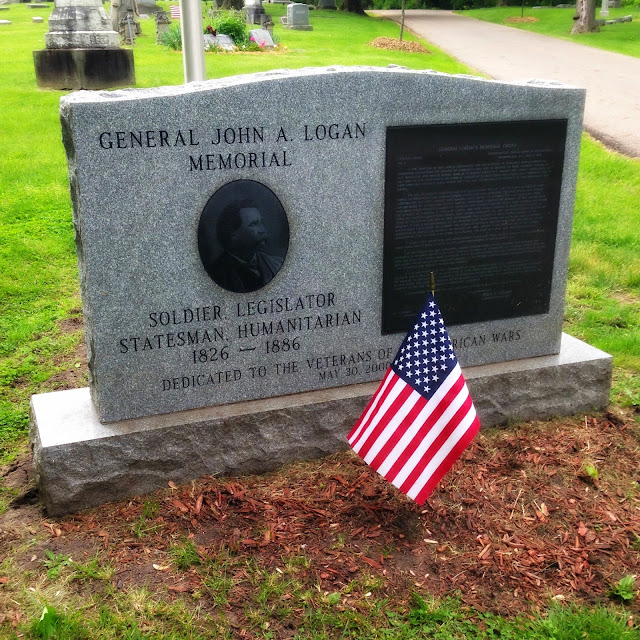 And I had to snap a picture of the R.E. Olds' mausoleum: 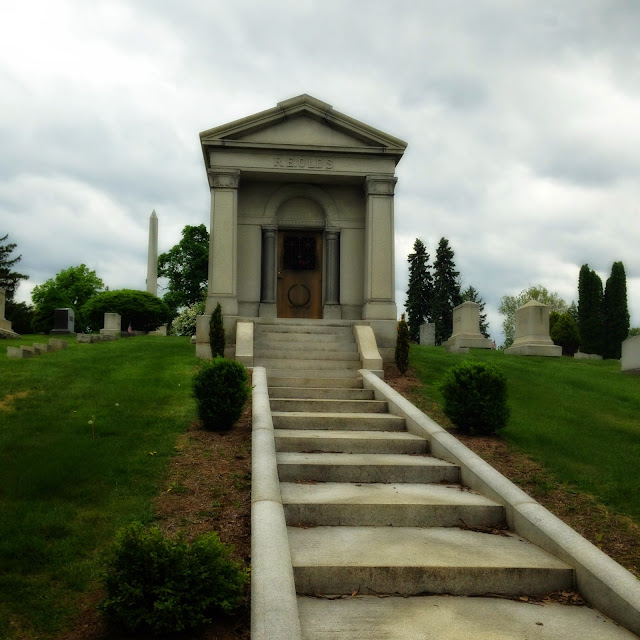 We stopped to look at the plaques on a Army Medal of Valor winner: 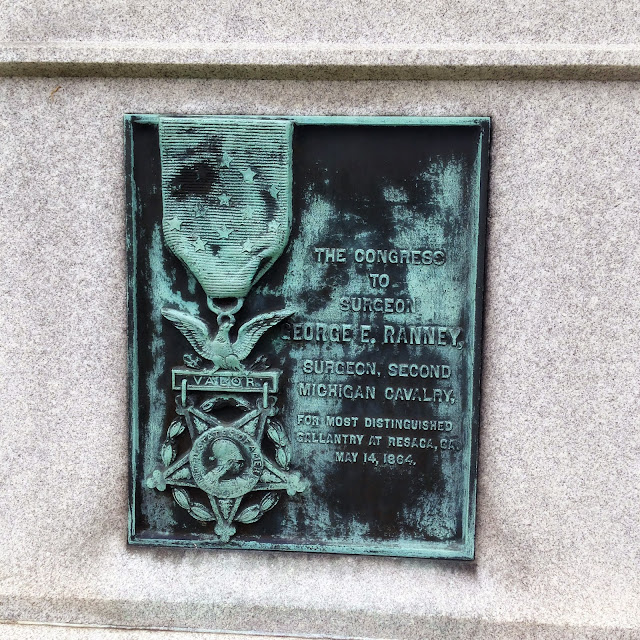 And read the story on the side, especially noting that he'd written a paper suggesting that typhoid was caused my contaminated water: 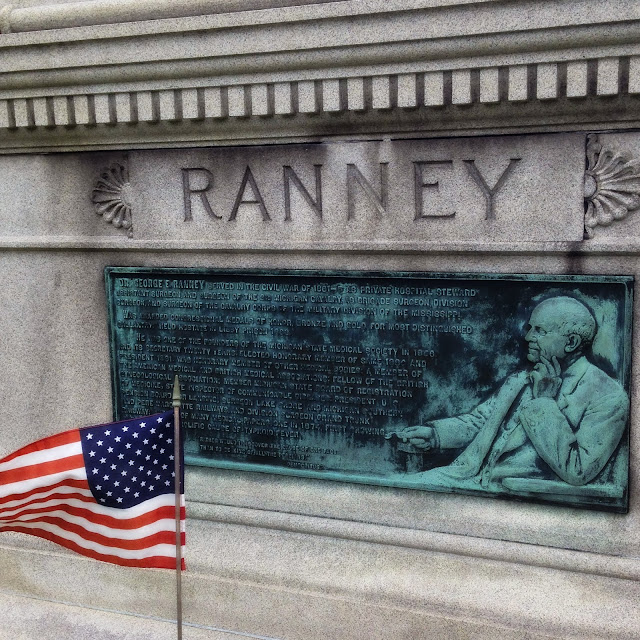 Then we trudged up a steep hill (at least steep for Paul who was pushing the triple stroller), stopping by a section for firefighters: 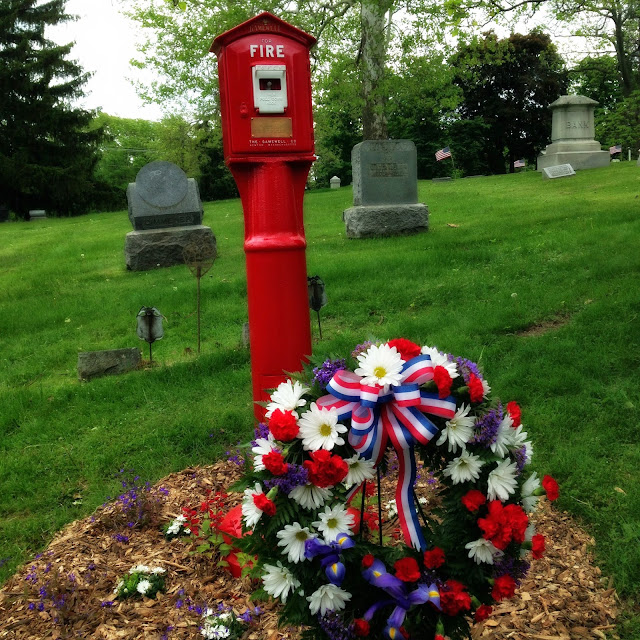 I wondered at the story behind this headstone: 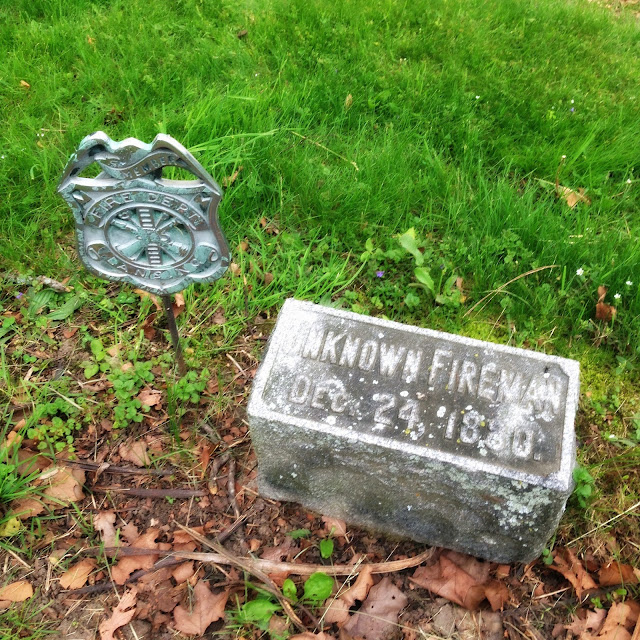 And finally we made it to the top of the hill: 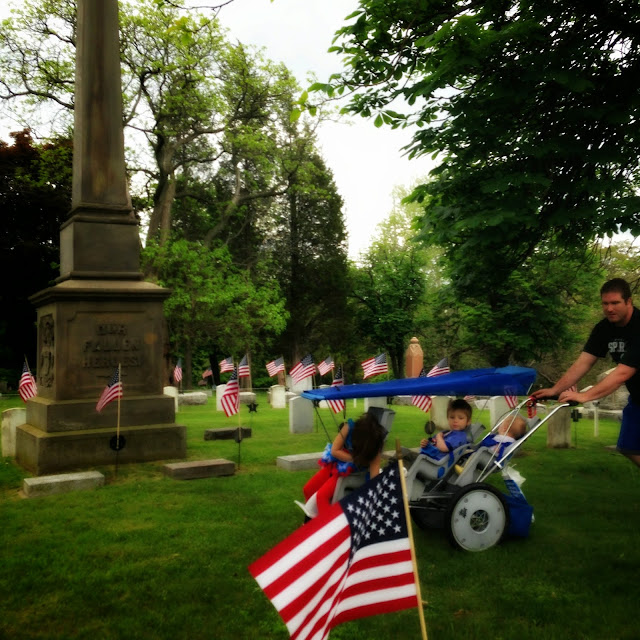 Sadie surprised me, as she gazed around and said "They sacrificed so much... so very much." 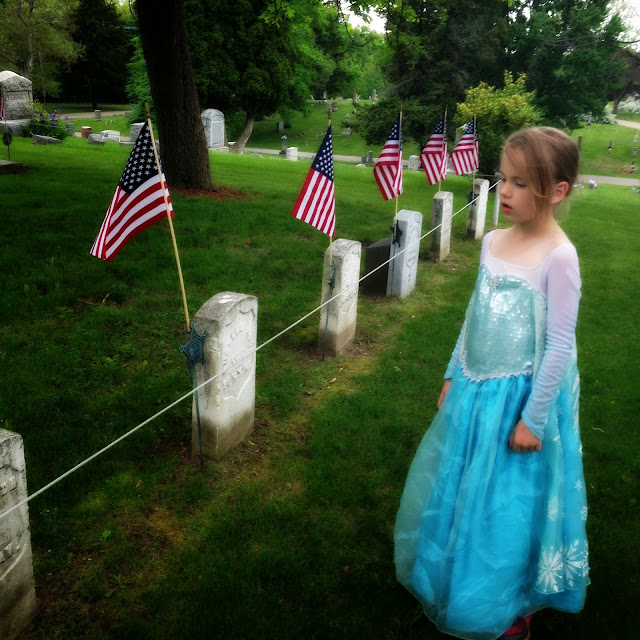 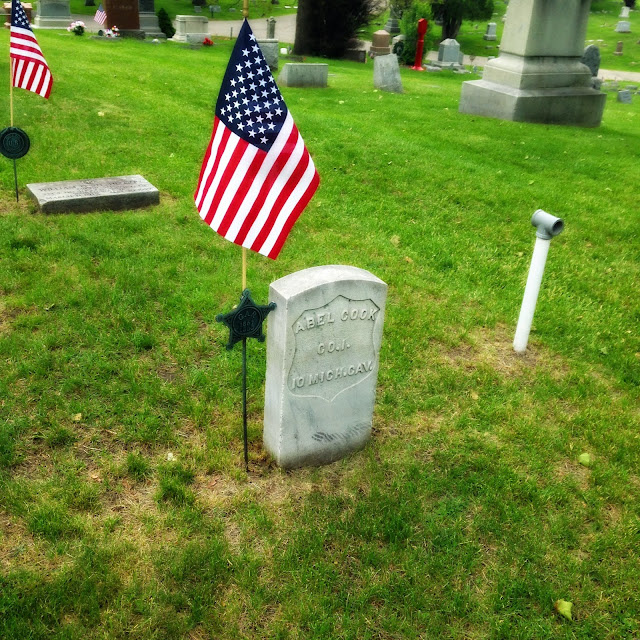 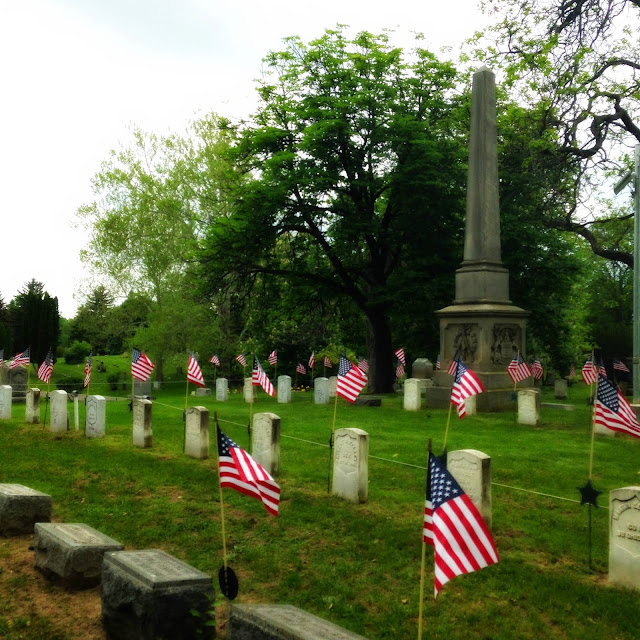 And then it was time to walk home where we had lunch and Patch insisted on wearing his snow boots with his bathing suit (in the pool): 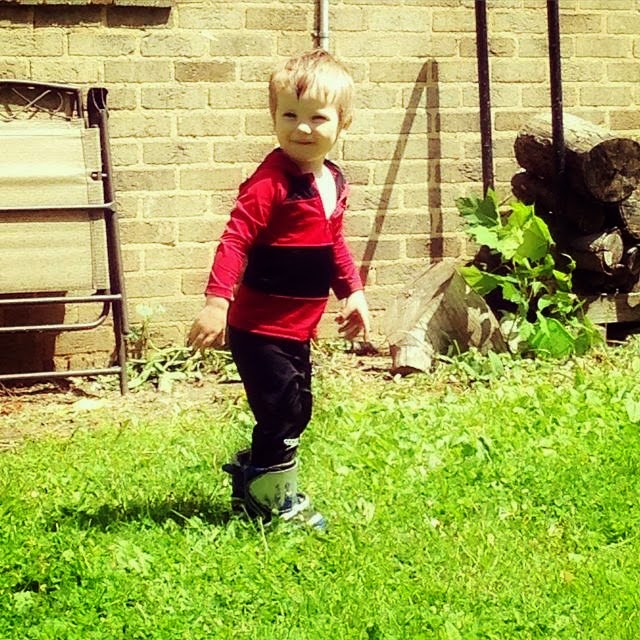 I hope you had a blessed Memorial Day and thank you to all those who've lost love ones fighting for our nation and for all the sacrifices you have made.
Posted by Cammie Diane at 9:01 PM