The Unstoppable Patch and His Team Umizoomi Obsession

Our house has been hit hard with some sort of virus.  The girls had it for the last couple weeks and then Patch came down with a fever four days ago.  Last to fall James who was burning up last night.  Sometime in the middle of the night Patch woke up sobbing and so I ended up cuddled between our two little guys waiting for fevers to break.

Patch had been so miserable and sick that I've been letting him have extra time on the Kindle.  When he went to bed he took it with him so that he could watch Bubble Guppies and Team Umizoomi to his heart's content.

Long after he went to bed I checked my email and saw two notifications from Amazon.

Now perhaps I should preface this by saying that a few hours earlier I'd been patting myself on the back over the fact that it seemed that Patch was finally locked out of buying new Team Umizoomi movies on my account.

I'd long since disabled One Click, and made sure that no passwords were remembered anywhere. I'd even talked to a representative about it on the phone and she congratulated me on figuring it out after he bought a season of Paw Pals (which he's never seen...).

After that it was a while before he got his little mitts on the Kindle again... but he was so sad and tearful I would have done just about anything to cheer him up and handing over the Kindle so cheers him up.

Hours after he went to bed I found two emails saying that he'd bought Team Umizoomi: Meet Shark Car (oh that is so, so Patch) and an episode from season 3.  I was able to quickly refund the single episode, but when I went to try to do the same with the Meet Shark Car I found that he had apparently already watched most of it.

This morning when he woke up and had taken ibuprofen and was feeling well enough to cheer up a bit I looked at him and said "Patch, what happened last night with Team Umizoomi?"

He looked at me and said in his sweetest voice (with a guilty little smile on his face):  "Oopsie!"

Later in the day he continued his explanation by telling me:  "Zoomi!  Uh oh!  Oh no!" 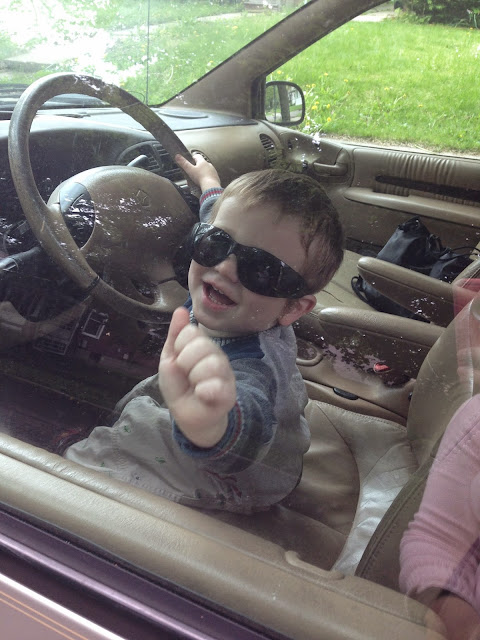 I did figure out where I'd made my mistake (you can turn off One Click, but you have to turn it back on to turn off One Click on all devices) and he is now completely locked out of purchasing new episodes of his favorite shows. 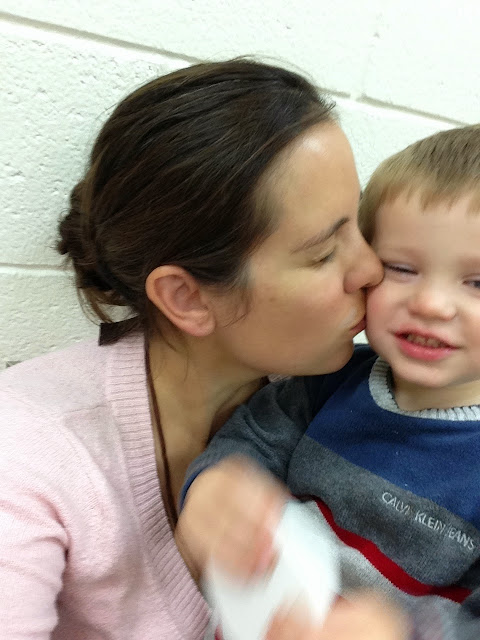