5 Lessons I've Learned While On Road Trips with Our Kids 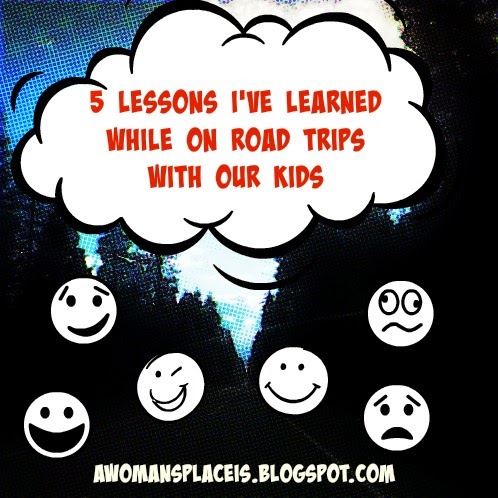 I love road trips.  I've loved them since I was in seventh grade scribbling in a notebook covered with stickers, dreaming of the road trips that I imagined I would take with my best friends when we graduated from high school.

During college my best friend and I spent a lot of time on weekends and during the summer driving up and down the Pacific Coast Highway with surf boards strapped to the top of my little yellow Volkswagon Beetle camping and surfing and planning out longer, out of the country trips that we never got around to taking. 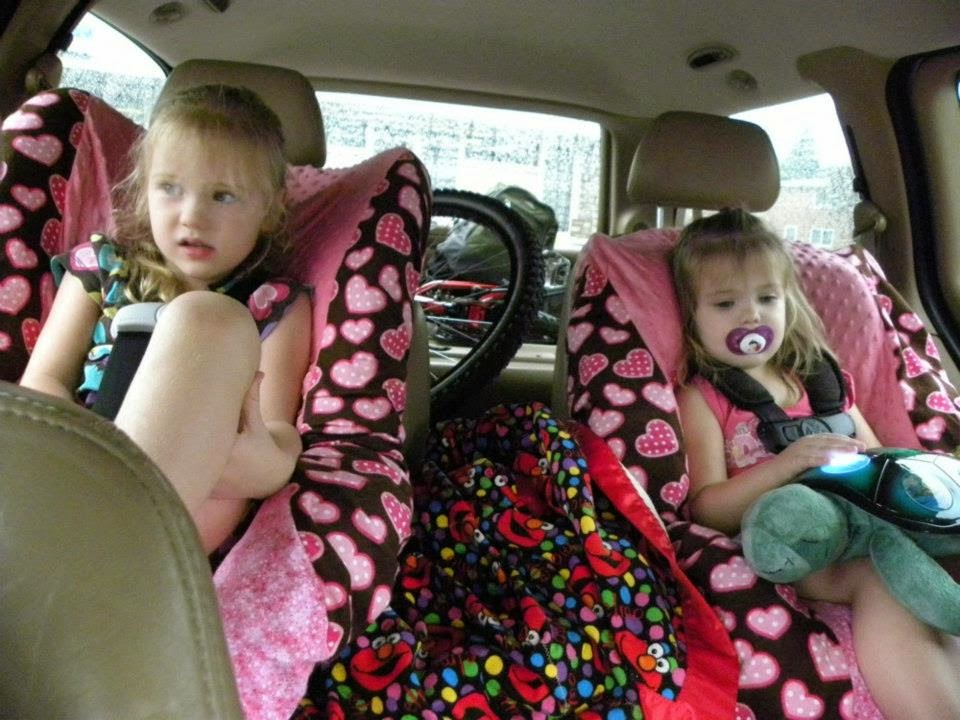 The longest road trips I've been on, however, have come after marrying Paul and having kids.  When Maggie was not-quite-two and Sadie was not-quite-four we drove from South West Florida to Northern California.

When the girls were two and four we drove from Northern California to Michigan, spent one night in Michigan (and found a house to live in) and then drove from Michigan to South West Florida (where we rented a U-haul and packed up our house in record time) and then headed north again straight back to Michigan for the start of a new school year.

And we had fun!  We've spent eight, twelve and even fourteen hour days on the road without a single tear involved.  Paul and I have both been a little sad that the last two years were so crammed full of studying that we've hardly had time (or an excuse) to head out on the open road.

That's my long winded way of saying that we have a bit of experience in the road-tripping-with-kids department.

Here are the lessons we've learned and the tricks we've used along the way: 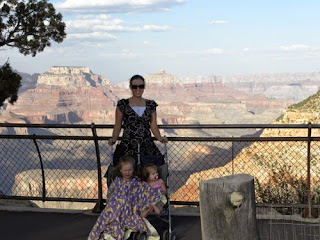 On our first long road trip I had everything mapped out.  I was sure that we wouldn't be able to drive more that three hundred miles a day with the girls being not-yet-two and almost-four.

Sure they did great in the car around town, but could I really expect them to spent longer stretches in our mini van as we drove across the southern part of the United States.

So I made motel reservation and plotted and planned just about every stop.  And while it worked out I later realized that it might not have been the best way of going about things.

I mean, we had a lot of fun, but on subsequent trips I've learned that there's a lot to be said for looking at the map, noting where things are (and maybe even checking out attractions that we'll be driving past)and what time we'll hopefully get there and then seeing how things go.

That way we could stop at sites that looked interesting in person, or take a break when the kids (or adults) were tired.  It also meant we could push on further than we'd thought would possible and spend more time on another day exploring a new area. 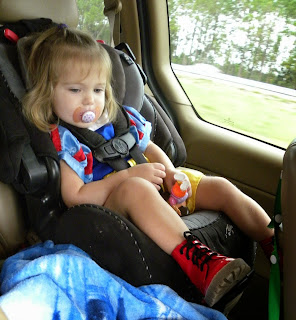 Before one of our long trips my parents gave our family a little travel DVD player.

I quickly realized that to make the DVD player as effective as possible it was best to keep it loaded, charged and hidden and out of sight until we actually needed it.

If the kids were happy looking out the window while Sadie chattered away or while we listened to the radio than the DVD player would stay hidden.  Often times that meant that it stayed off all day.

On the other hand when someone was cranky or tired or bored the appearance of the DVD player instantly broke through the monotony of what was becoming a long afternoon and the kids would immediately quiet down.

I've used this same car trip strategy with snack and other small treats I've tucked away and it works well. Instead of handing over everything at once and having the kids bored with their little snacks or surprises after fifteen minutes we've had good luck with spacing that sort of thing out so that we get more mileage out of them. 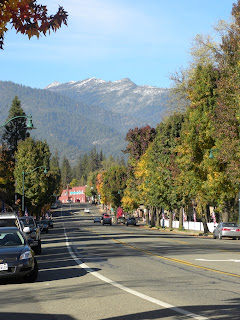 Or CD.  Or MP3.  Or whatever car actually have these days.

After the first road trip I got the idea of using a tape recorder to record myself reading the girls' favorite books, along with some classics.

These tapes became an instant hit.  They still listen to them.

If I run into a store and Paul is in the car with the four kids (which include a certain two year old who likes to scream "Help me!  Help me!  No!!!!  Go!  Go!" if the car comes to a complete stop for more than a split second... and sometimes just if we decelerate...) he still pops the tape in and they listen to me read We're Going on a Bear Hunt and Rudyard Kipling's Just So Stories and while Paul almost dies of boredom from listening to the same tape for the three hundred and twenty seventh time, the kids love it.

They especially love it when they hear me say "just wait Maggie, we'll read that next" and you hear not-yet-two year old Maggie squeal in response in the background of the tape. 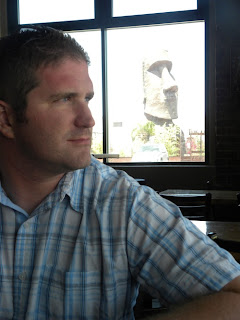 One of the best investments I made after our first road trip was in cheap little vacuum seal travel bags (that didn't need an actual vacuum).

Instead of throwing all of our stuff in suitcases I very carefully packed a days worth of outfits in each vacuum bag.  That meant one outfit for each person went in each bag and then I rolled the bags so all the air was out of them.

I then stacked those bags in an easily accessible bag, near the bag with toiletries and pajamas and whatever else we might need and when it was time to unload for the night  we just pulled out one days worth of clothes and brought it inside.

It made it much easier for Paul who was lugging our bags up and down staircases and in and out of motels day after day.

5. Roll with the Punches 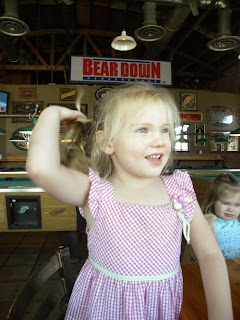 When we broke down in North Platte, Nebraska it felt like the end of the world.  We had two days until we needed to be in Michigan to find a house, were low on funds and the first car place we were towed to told us that they couldn't even begin to work on the car for several days.

Then a small shop saved the day for a fraction of the cost we'd been imagining and we ended up with great stories about kind, helpful people and several stories about the subsequent walk to a playground while we waited for the car to be fixed, where I had to squeeze my gigantically pregnant self up to the top of a very tall slide to rescue a certain four year old who'd gotten scared at the top (a tale that's still told to this day).

What had seemed like a disaster at the time ended up being one of the most memorable days in one of our most memorable road trips we've taken so far.


I have a road trip coming up in the not so distant future and hopefully the lessons of road trips past will serve us well as we embark on another trip and see what the open road has in store for our little group!
Posted by Cammie Diane at 7:30 AM