The Great Casein Debacle of '15 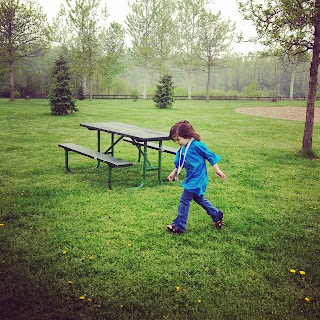 I've been muddling through a tough couple of months.  Maggie is usually such a happy kid, and she's made some major accomplishments in the last few weeks, but she also hasn't quite been herself.

She's been less attentive and more in her own world, more prone to meltdowns (going from maybe one a week to three a day) and more likely to lash out at me or collapse on the ground, banging her head hard against the floor as she falls.  She sleeps more, and needs 13 hours a day, but sleeps less well and has seemed exhausted much of the time in the morning.

Worst of all my usually cuddly girl has hardly wanted to cuddle at all.

For two months I've wracked my mind trying to figure out what had changed, praying that this unhappiness wasn't the new normal and feeling like, for every gain we had a dozen days that were extremely hard.  And I'd watch and watch and try to figure out if she'd had gluten or casein because all these problems have popped up in the past when she's had even a tiny bit of cross contamination.

Yesterday I was speaking with a new(ish) therapist who's been with her for a couple months.

Now in the interest of total disclosure in this post I should probably mention that I had noted that many of these problems seemed to begin at roughly the same time as the introduction of a new therapy... but I'd been with her in the sessions before Paul started his new job and now I wait with the other kids in a room next to the room she's working in, where I can hear her happy voice but can't see what's actually going on. 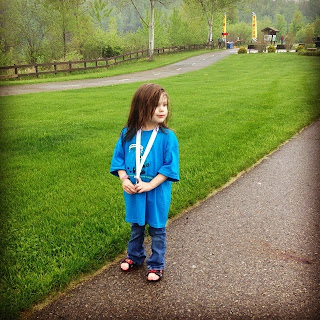 I won't specifically name the therapy here, but let's just say it's a very mainstream therapy that tons of kids get, on the spectrum and off, that she'd be getting in school if she was in school, and it's one we fought long and hard for that she seriously needs.  So it felt insane to be actually considering pulling her out of a therapy that I'd fought for her to get into for over a year.  It had to be something else, I kept telling myself.

Yesterday after her session her therapist and I were talking about tools she was going to give me to work with Mae on while we're away this summer.  She told me that Mae really likes applesauce (which I'd okayed), marshmallows (which I'd okayed), and... M & M's.

I'm pretty sure time slowed down at the mention of M & M's.  I listened as she continued to talk and took a deep breath and managed to force my voice to sound steady and pleasant when I said:  "Oh, about the M & M's.  Make sure not to ever give her those again.  She can't have casein."

Now this is in her files and charts and is told to every therapist who works with her (which is why we discussed the other foods at an earlier date).  She wears a bracelet that proclaims that she cannot have wheat or dairy.  And it's also pretty standard for a lot of the kids getting therapy around here. 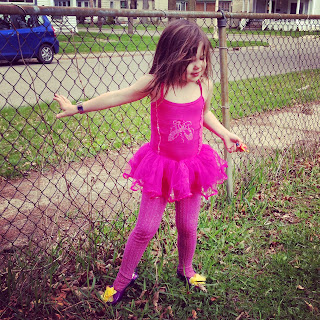 She replied that it was only "a little bit" and I nodded and didn't have a meltdown of my own right there in the center.  I won't go into how much self control that required, but let's just say it was not a little.

On the one hand I'm now hopeful that in a couple weeks we'll see some major improvements in how she's feeling, sleeping and just in her general happiness.

In the past it's taken about 2 weeks for her health to improve after she's had gluten and casein (in the last two years this has happened about a half dozen times and every time the behaviors have started it's later been discovered that she's been exposed to something she shouldn't be... once it was playing with play dough...).

So we'll be muscling through the coming days and focusing on that light at the end of the tunnel.

This morning we went to the local Autism Acceptance 5K.  We didn't end up walking far, because Patch was having a tough day, but Mae is still proudly wearing her shirt and a medal that one of the young men working at the race gave the kids.  And she ran up and down the pathway singing "run, run, run, run!"

Hopefully today's the first day on her road to feeling better again, and it got off to a good start.  And hopefully this is the last time we have this problem... at least for a very long while.
Posted by Cammie Diane at 12:07 PM