It's time for a Saturday morning Quick Takes... if you're looking to avoid pregnancy whining/updates/general talk of sickness skip Takes 1 and 2 and go straight to the cuteness in #3!

Yesterday morning was a little dramatic.  I went in for my doctor's appointment and had to park on the third floor of the garage, which meant that by the time I made it into the office the contractions, were ramped right back up to painful and frequent, and I could tell by the looks on the faces of everyone that I ran into that it clearly showed.  Besides that whatever horrible virus has been floating around our house had turned into a sinus infection and I was not feeling particularly stoic.

Pregnancy Alert/ stop reading if you want to avoid test results and talk about bodily fluids and skip this paragraph:  And that is probably why my usually super-low-even-while-pregnant blood pressure was suddenly high.  Except I didn't realize it was high because the first number was still low-ish (like 119) but apparently the second number, which I didn't see, wasn't.  And then there was protein in my urine, which was red flag number two... and when the doctor came in and asked how I was feeling and I told him not great because I seemed to have a sinus infection and was going on day three of a horrible headache all the alarms seemed to be going off in his head, because that combo of blood pressure/ protein/ headache could mean preeclampsia.

So it was downstairs to the lab for more testing, although it seems that everything is fine since they haven't yet called in an earlier c-section... and my blood pressure was back down to my usual 100 over 60 before I left the office, so I'm guessing it had more to do with being up and walking than anything else.

I also left with a prescription called in to stomp out the sinus infection. I was really thankful that my doctor was willing to do a quick exam, confirm the sinus infection and send in a prescription, since most of the OBs I've had have always sent me to my regular doctor for anything non-OB related and I had no idea how I'd fit in another doctor's appointment yesterday and the idea of feeling bad all weekend was not appealing.

This morning, after just one day on the medicine I already see a huge improvement, which is great because Patch's favorite thing to do at the moment is to climb on me and try to hug my face while yelling "Huggies!!!! Huggies!!!! at the top of his lungs... and I'm pretty sure that's one of the most painful things that can happen when your sinuses hurt!

After those first two Quick Takes I have to throw in some cuteness.

Two days ago in therapy when Mae was asked who she is she whispered in a very small voice:  "I baby... I baby..."

Which just makes me want to cuddle her every time I think about it.

And in other Mae news, another moment that made my day was when Team Umi Zoomi was helping me take a quick kind-of break on the couch and they said  something involving the number four and I saw Mae smile to herself and look down at her hand and put up four fingers!

Patch has begun to refer to himself in the third person as "Patchy..." as in wailing "Patchy wants cuppie!" when he wants a glass of milk.

"Patchy" also desperately wants to be able to drive the van.  His main goal these days is sprinting to the car before Paul gets there and squeezing between the front seats to sit down before Paul can put him in his car seat. 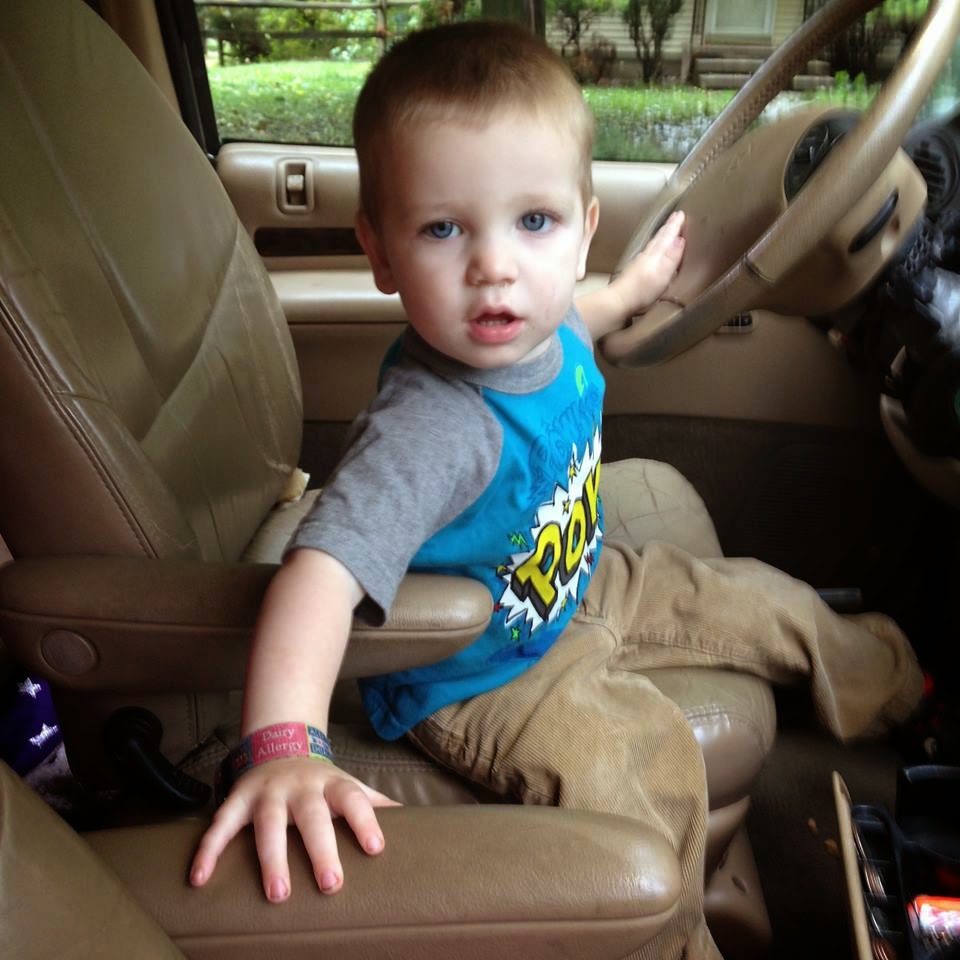 Sadie finished another hat last night, which means she's now made six!  She immediately requested I photograph her and her hats before we take them to be donated this morning: 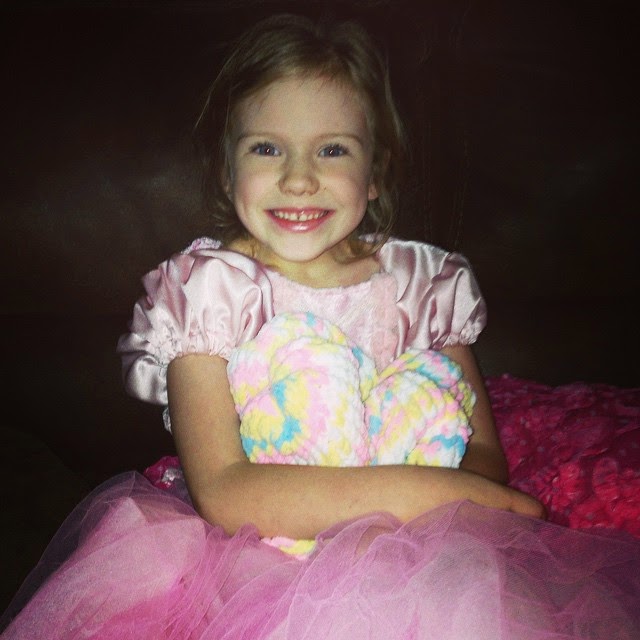 Paul and I were recently given new phones (from family... which is amazing because Paul's phone went missing about six months ago... so he hasn't had a phone in all that time, which was making me kind of nervous as the baby's due date was approaching...) and these phones mean that I can now use Instagram far more easily than I've been able to in the past!

And if any of you would like to share your instagram names in the comments feel free to!  I know a lot of the people I know from the blog world have accounts but I'm just getting the hang of using it/finding people! 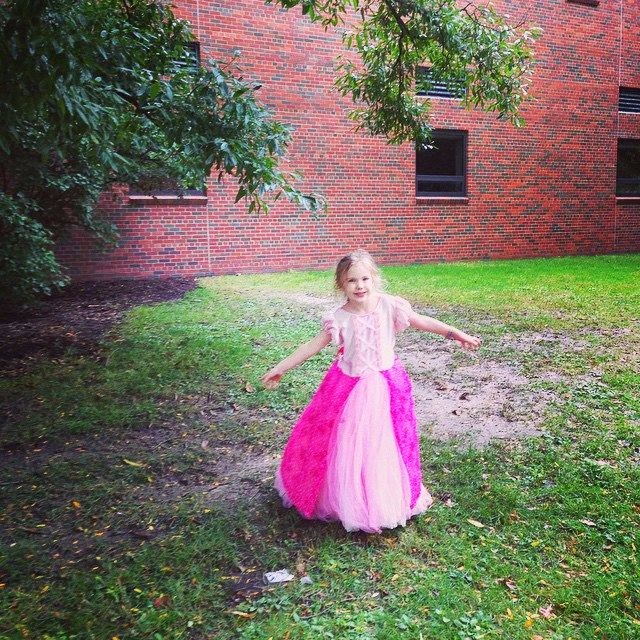 I'm starting to think that I might actually make it to the scheduled c-section...

And if you haven't voted in the poll and you want to just click on the banner below!  I have to say, I'm not a huge fan of a certain husband's guess on the baby's size...

For more Quick Takes, visit Conversion Diary!
Posted by Cammie Diane at 7:47 AM