Meeting his Brother and Sisters...

If you're hanging around here the next few days you'll probably be subjected to a huge amount of baby pictures... because, let's face it, I'm pretty much running my camera battery into the ground every single day!

Today James got to meet his brother and sisters... and he thought it was a little overwhelming.

But they could hardly wait to meet him. 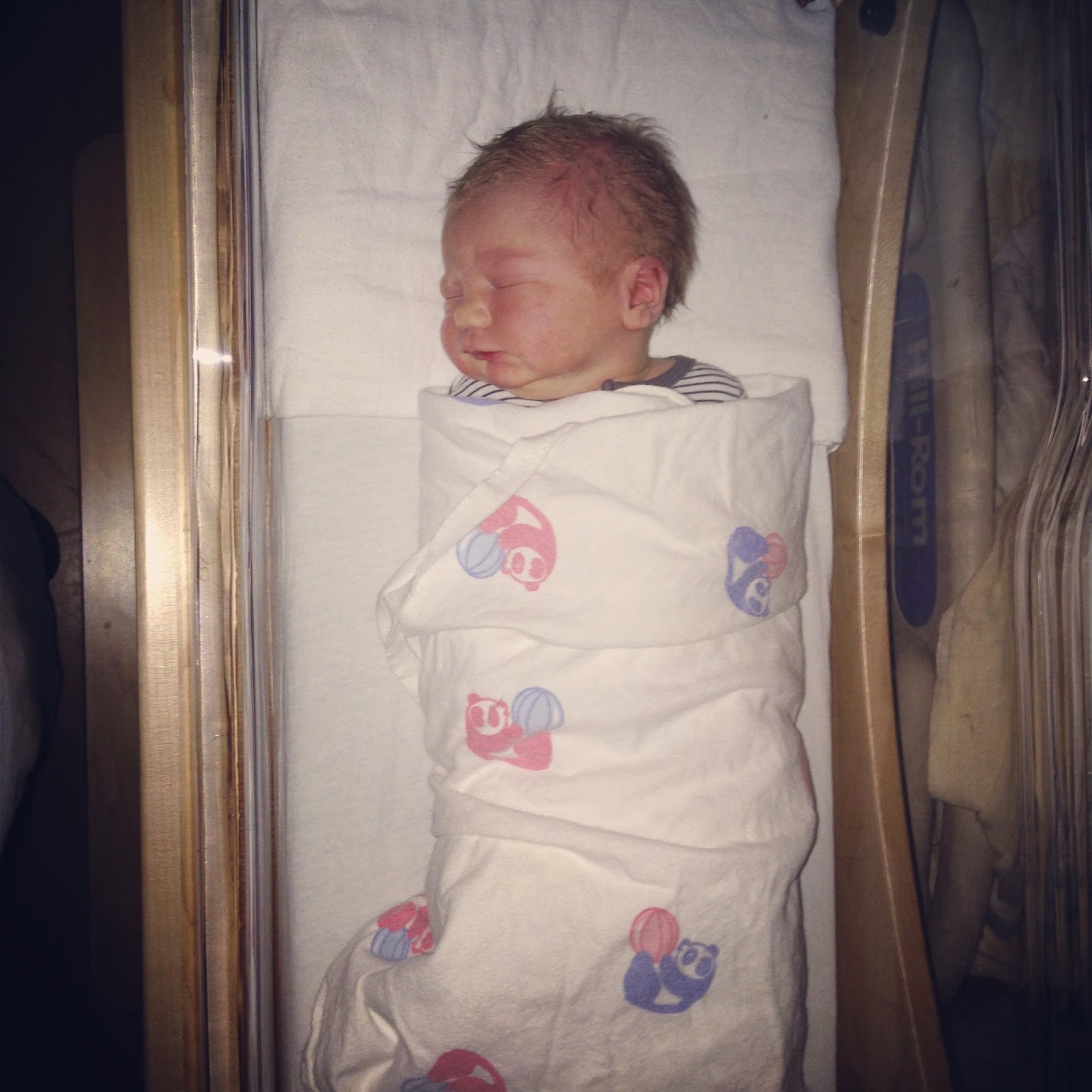 In the morning we cuddled and snuggled and after refusing to nurse for most of the night he finally got on board with the idea when he woke up this morning.  He nursed like a champ yesterday, but at night he already seems more interested in sleeping than eating.

He seems to be taking after Maggie with the whole sleeping long stretches while I fret that he needs to wake up and nurse.  But I've definitely begun to realize that when he wakes up and wants to nurse he does just that and when I wake him up and insist he eat he acts snuggles up to me and closes his eyes and mouth and refuses to open them.

Dare I hope that the trend continue as it did with Patchy and Mae?  I'm almost afraid to imagine having three laid back, easy going babies in a row.  I guess time will tell. 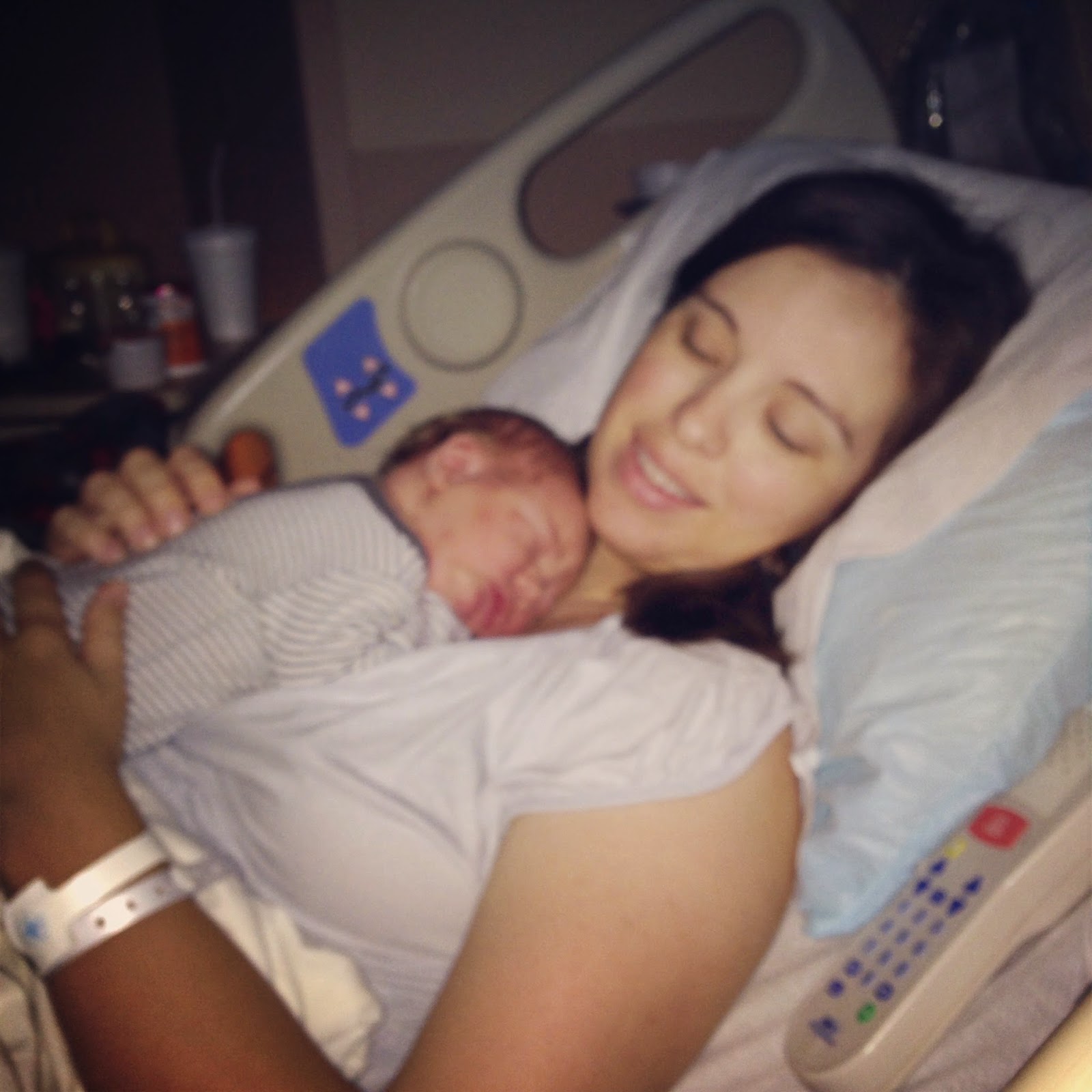 Right now he's laying in his bassinet at the end of the bed watching me type, while he yawns and looks sleepy. 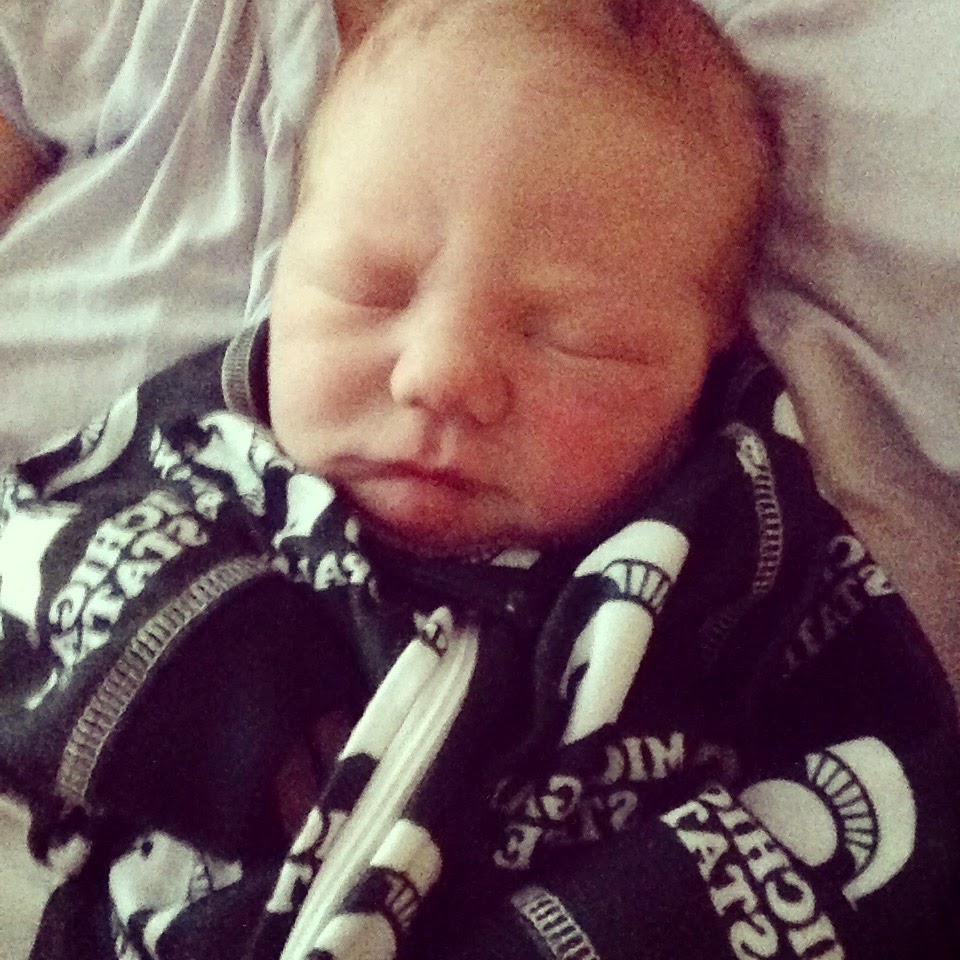 Not unlike his sleepiness during this moment earlier today. 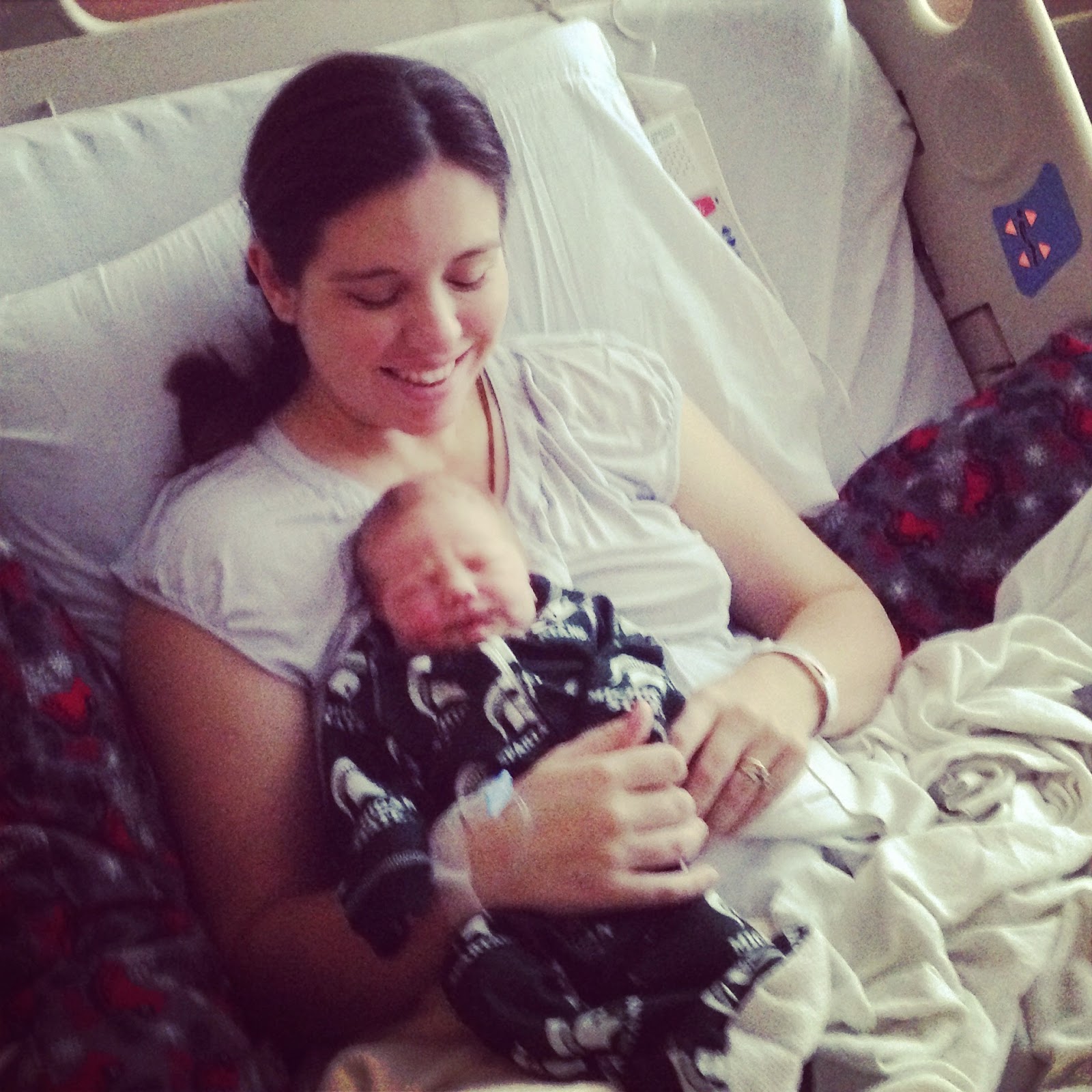 Now for my favorite pictures of the day.

He had quite a lot to say when he met his biggest big sister: 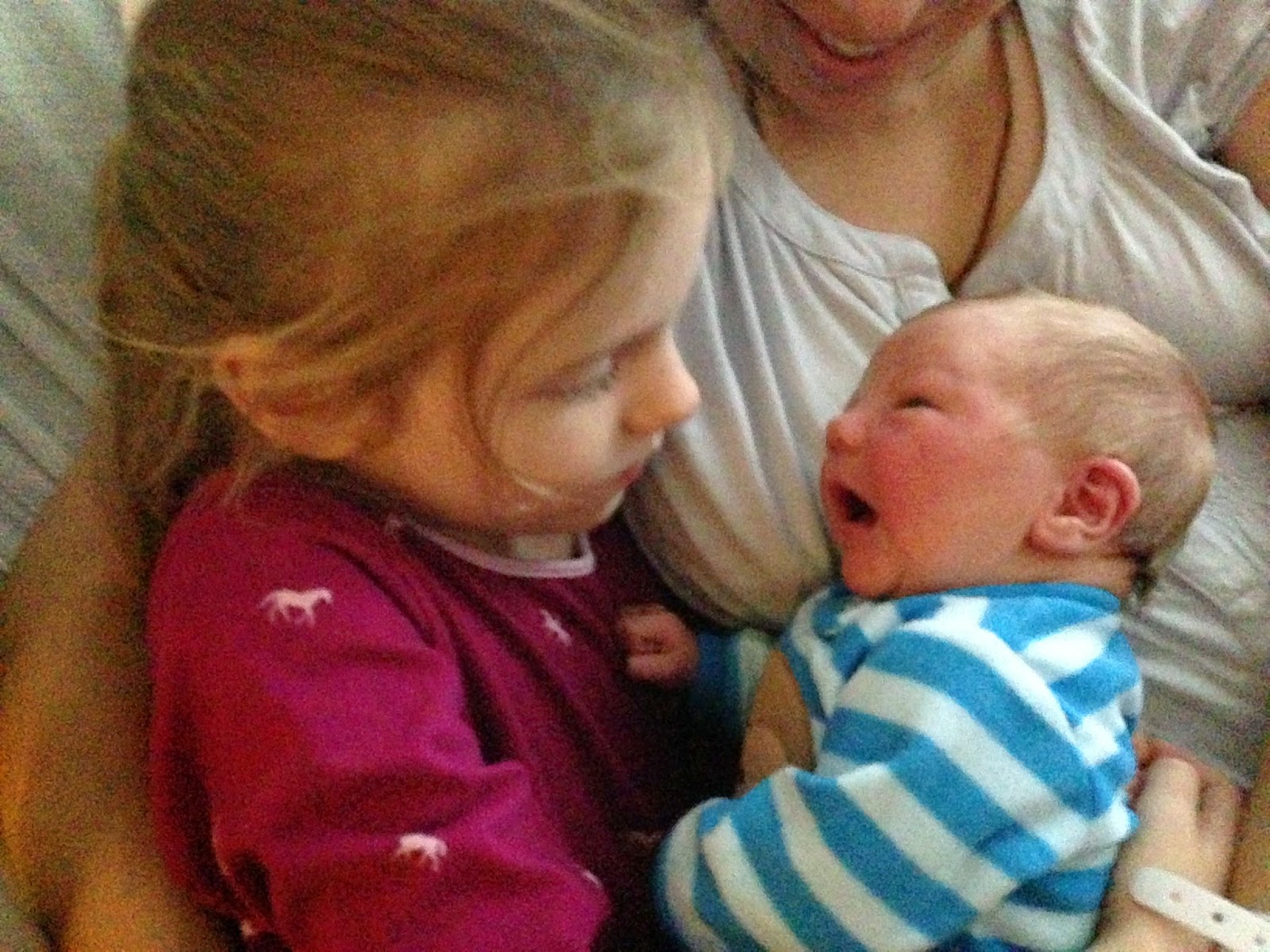 She was so good with him.  And he was so overwhelmed by all of his siblings in our little room at the same side.  She did get to cuddle him a bit though! 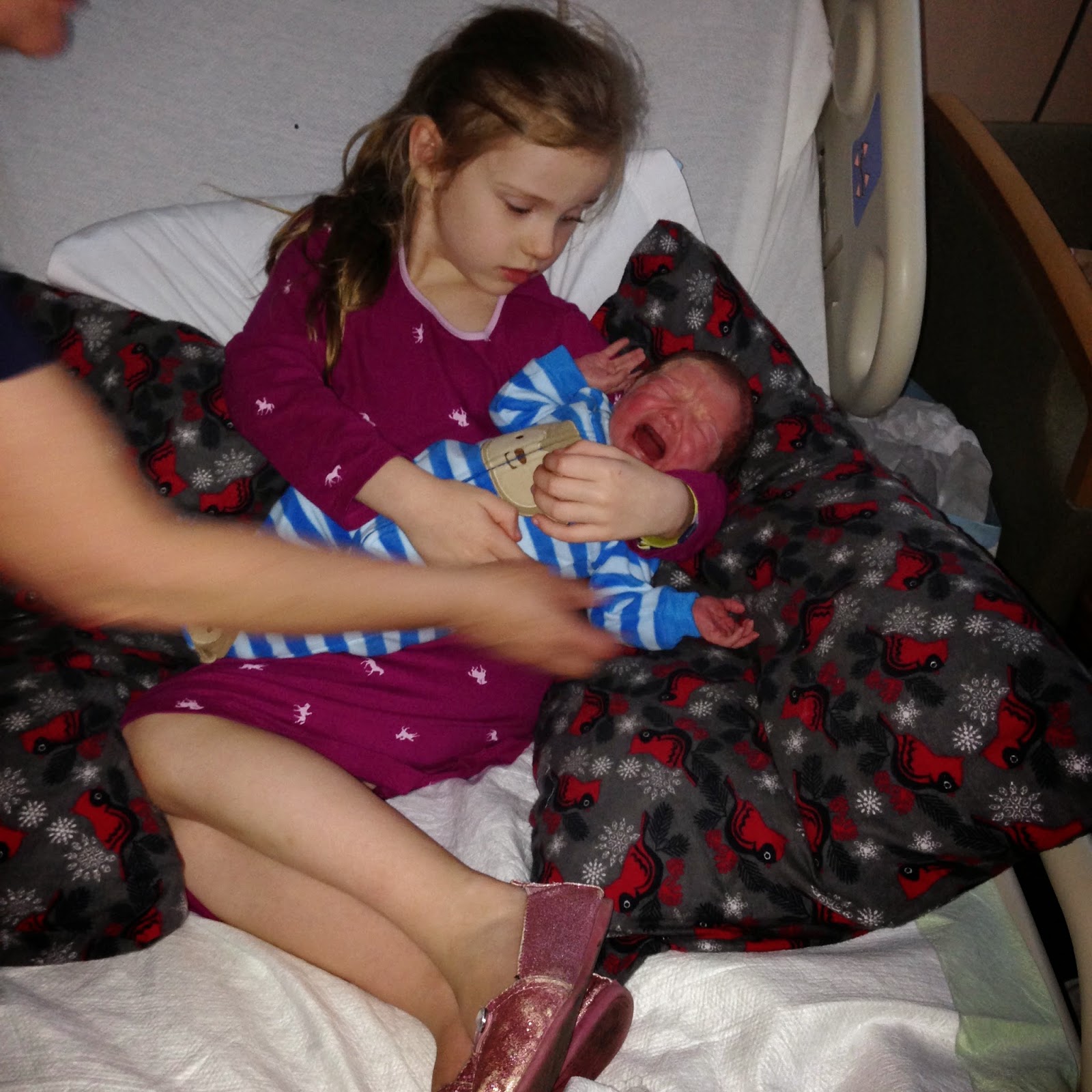 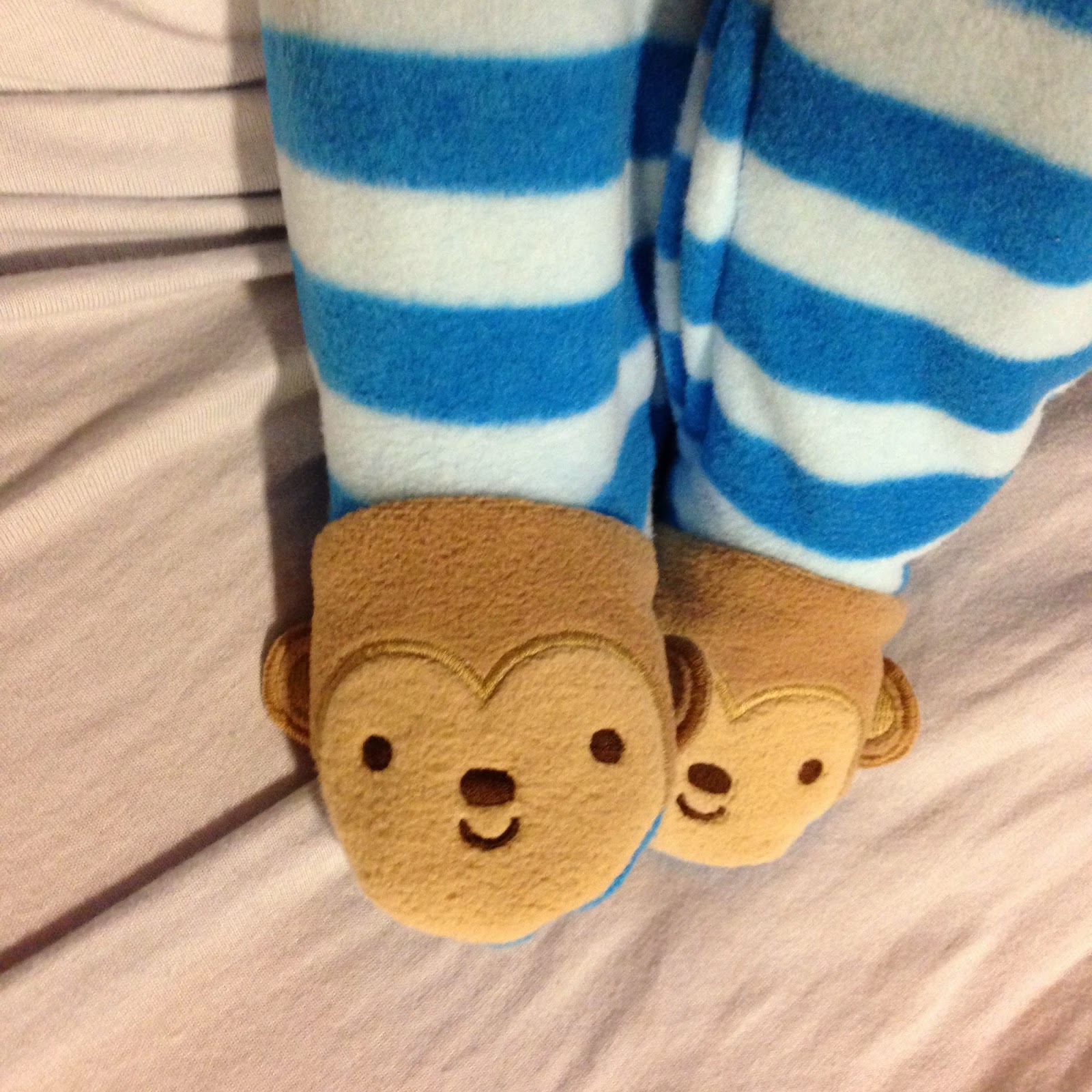 As you can probably imagine, she was pretty thrilled to meet him. 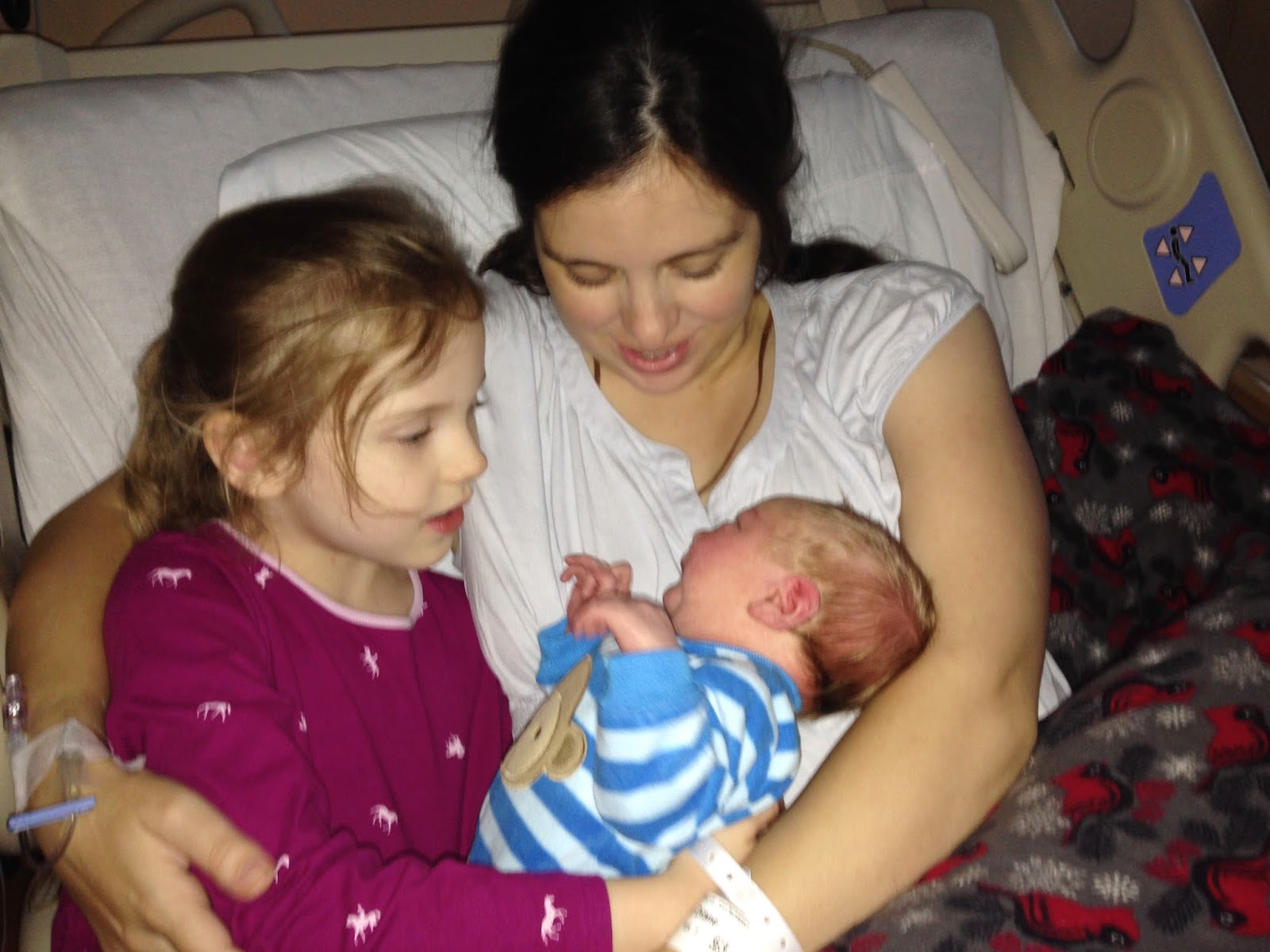 Maggie was pretty thrilled to find a flower in my room and a super comfy bed.  She immediately claimed the prime spot and wrapped herself in my blankets. 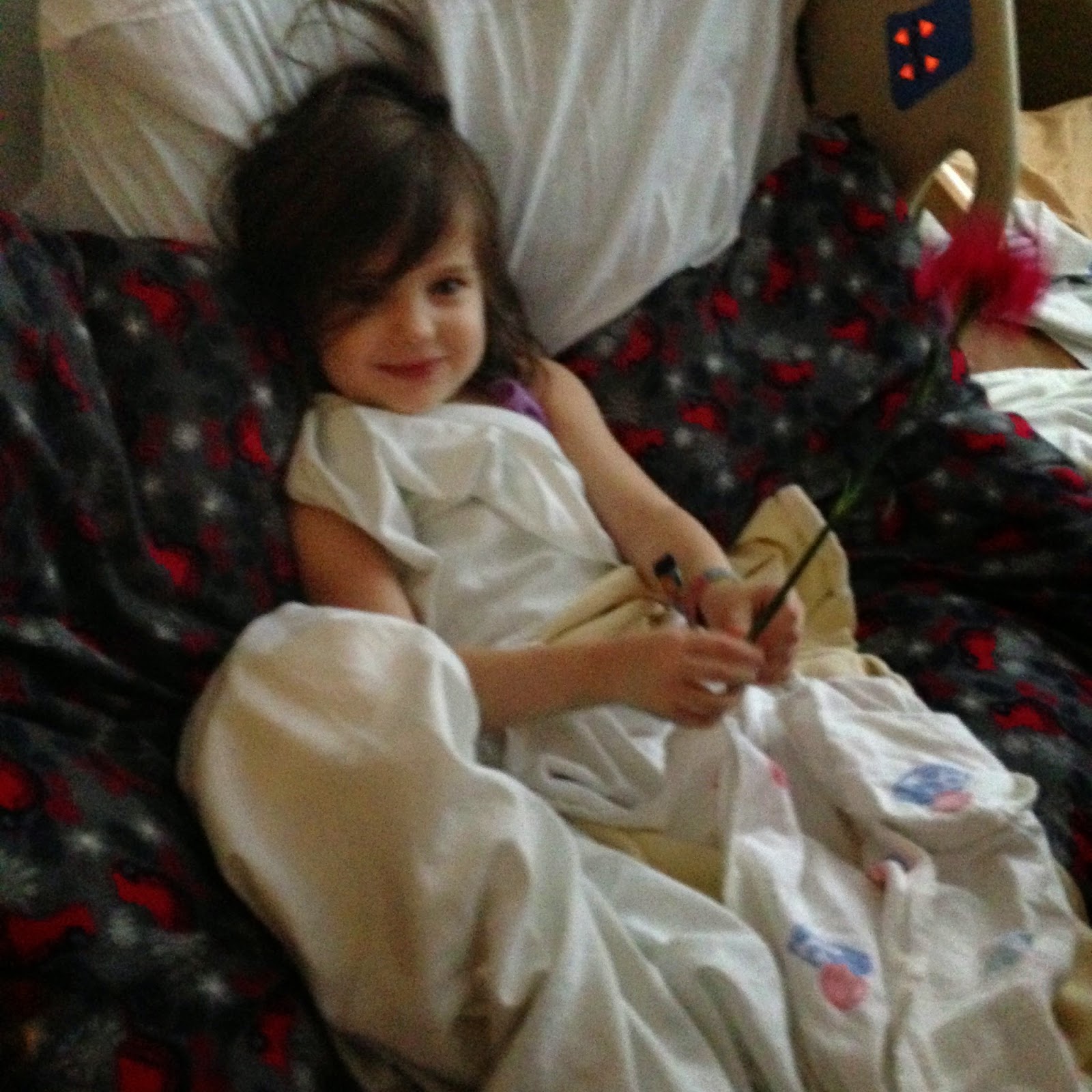 A first family picture?  Kind of! 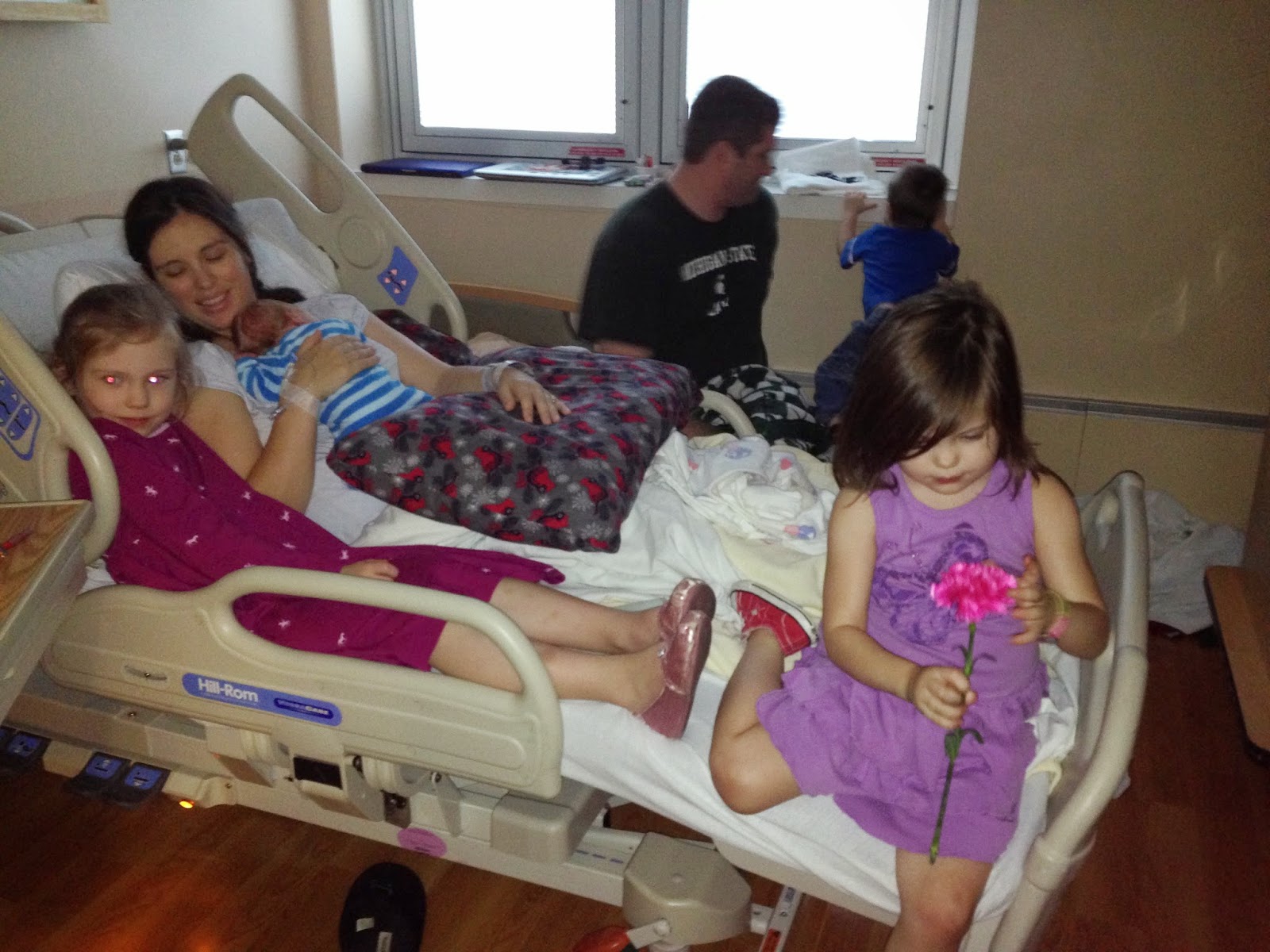 And of course James got to meet Grumpa... 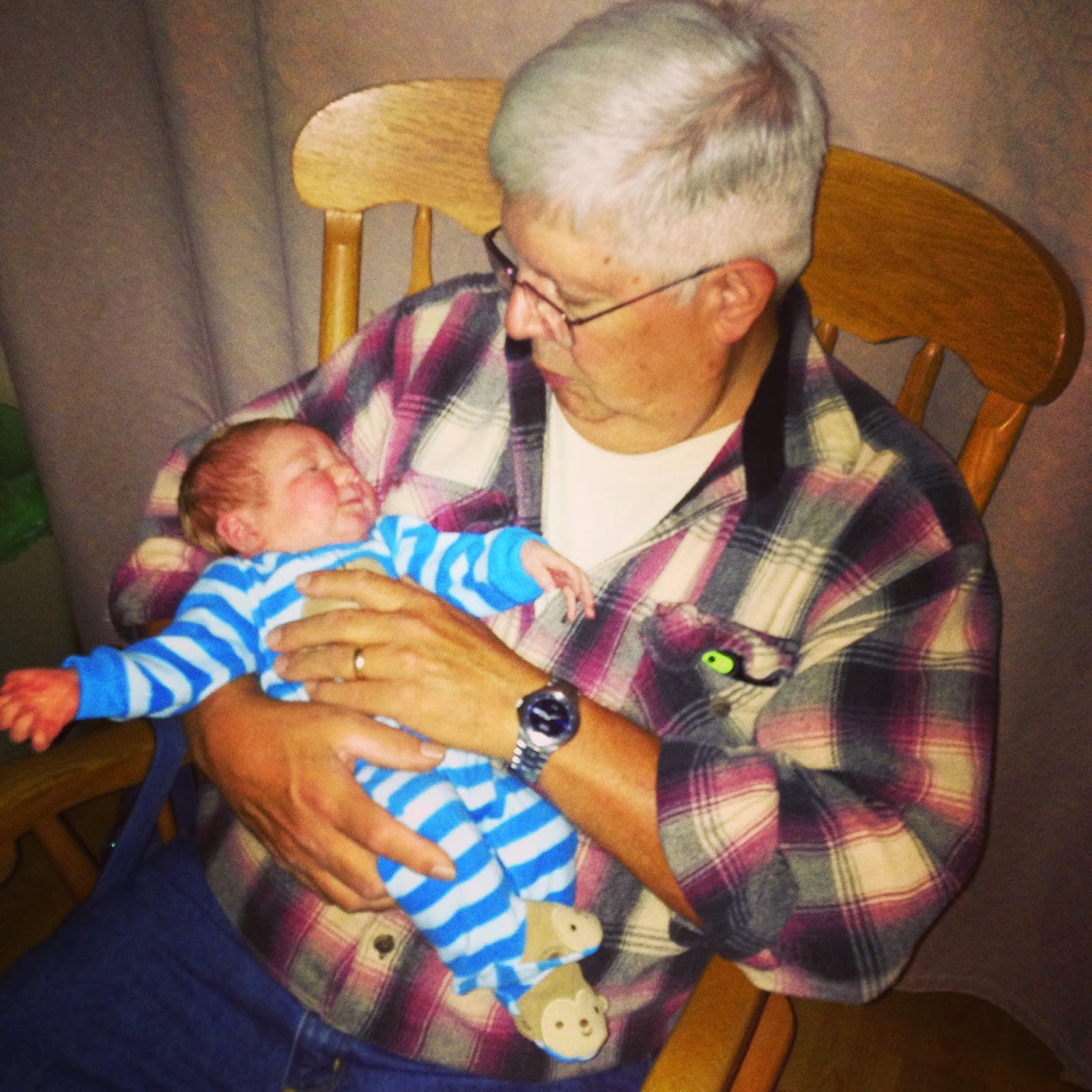 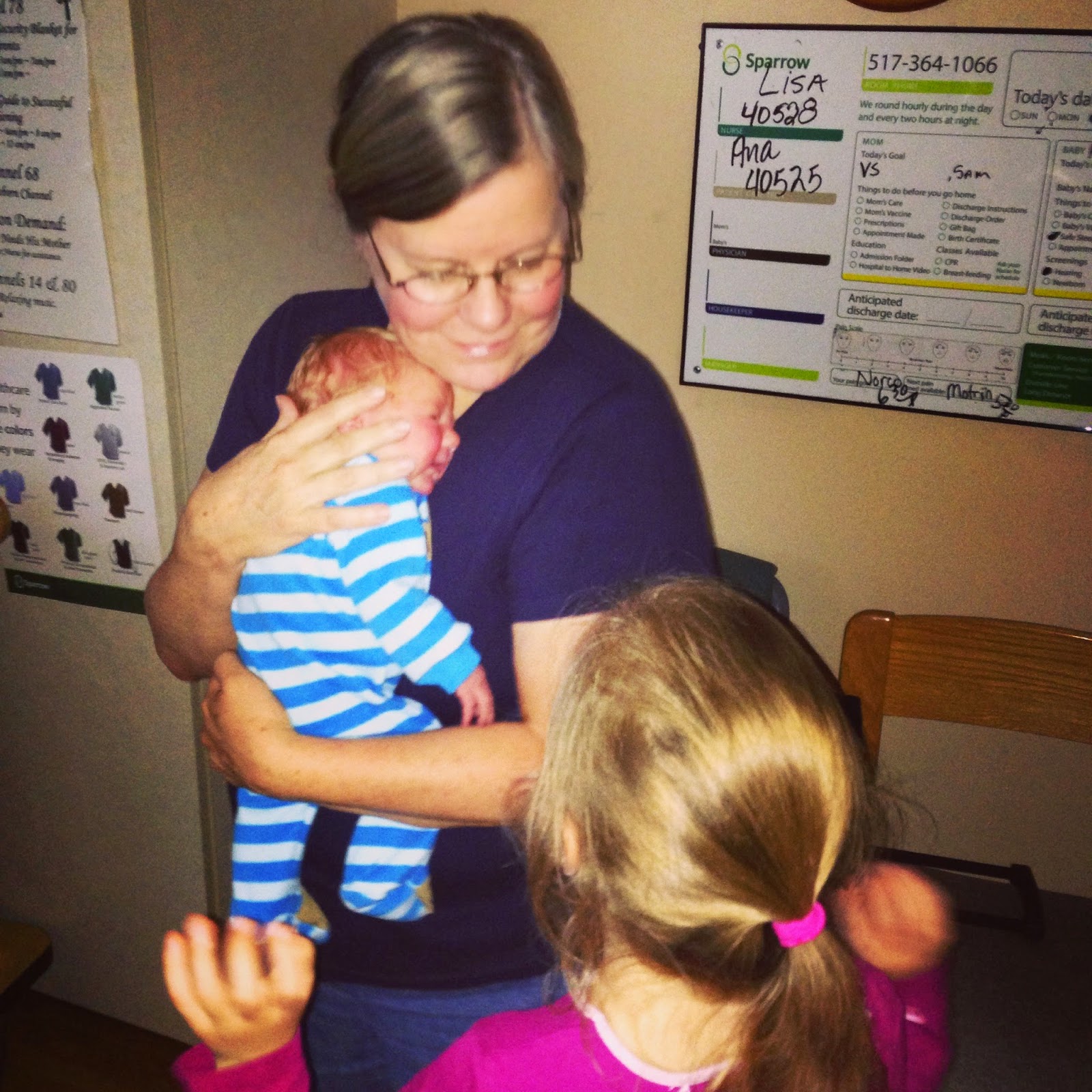 Maggie got a huge grin on her face the moment she spotted him.

But she wasn't quite sure she wanted to share the bed with him.  Even with Momma's help: 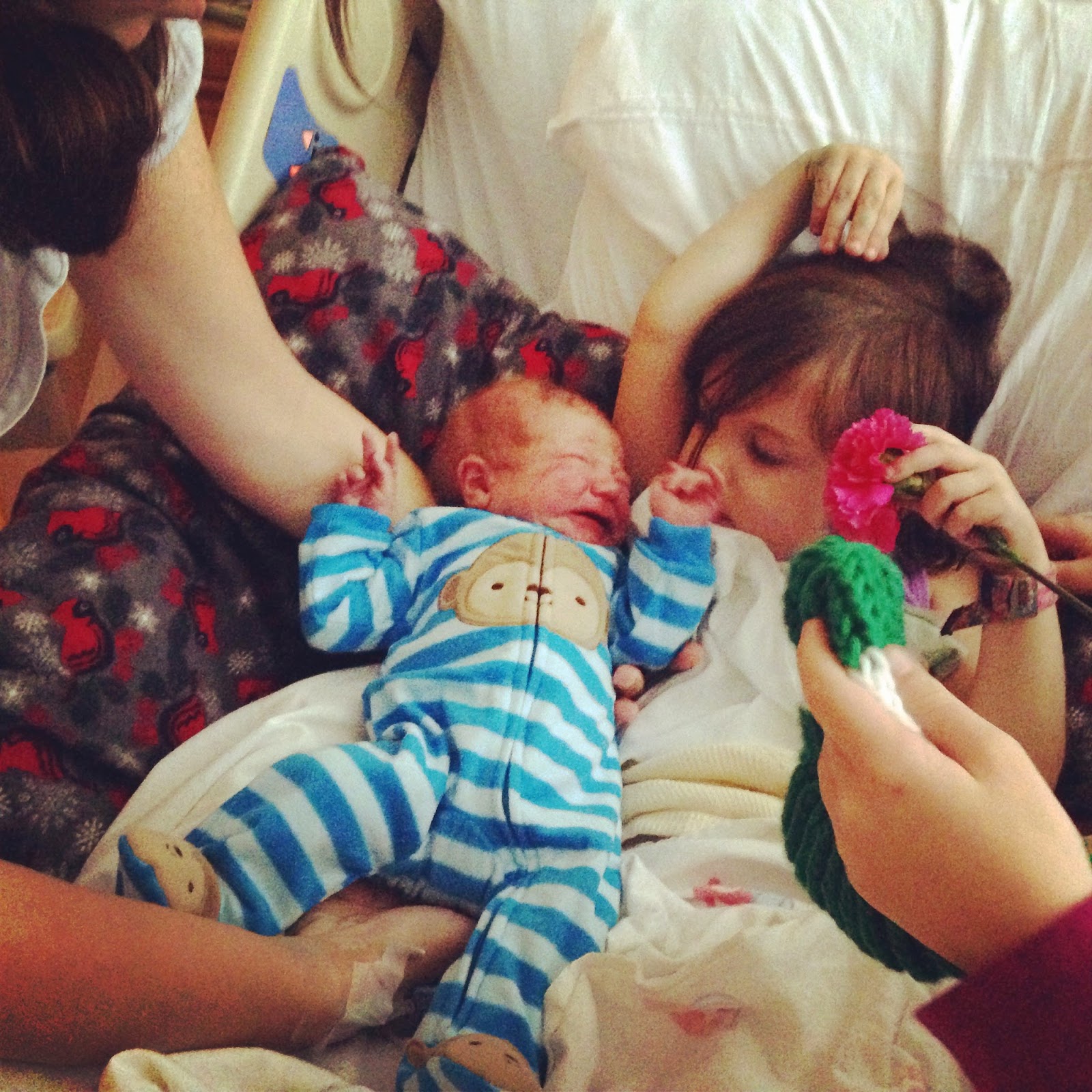 Patch was less sure.  He smiles when he hears the word brother, but when asked if he wanted to meet his brother he'd say "Okay.  Okay." and then head off in the opposite direction.  So I brought James down to his level and he couldn't resist: 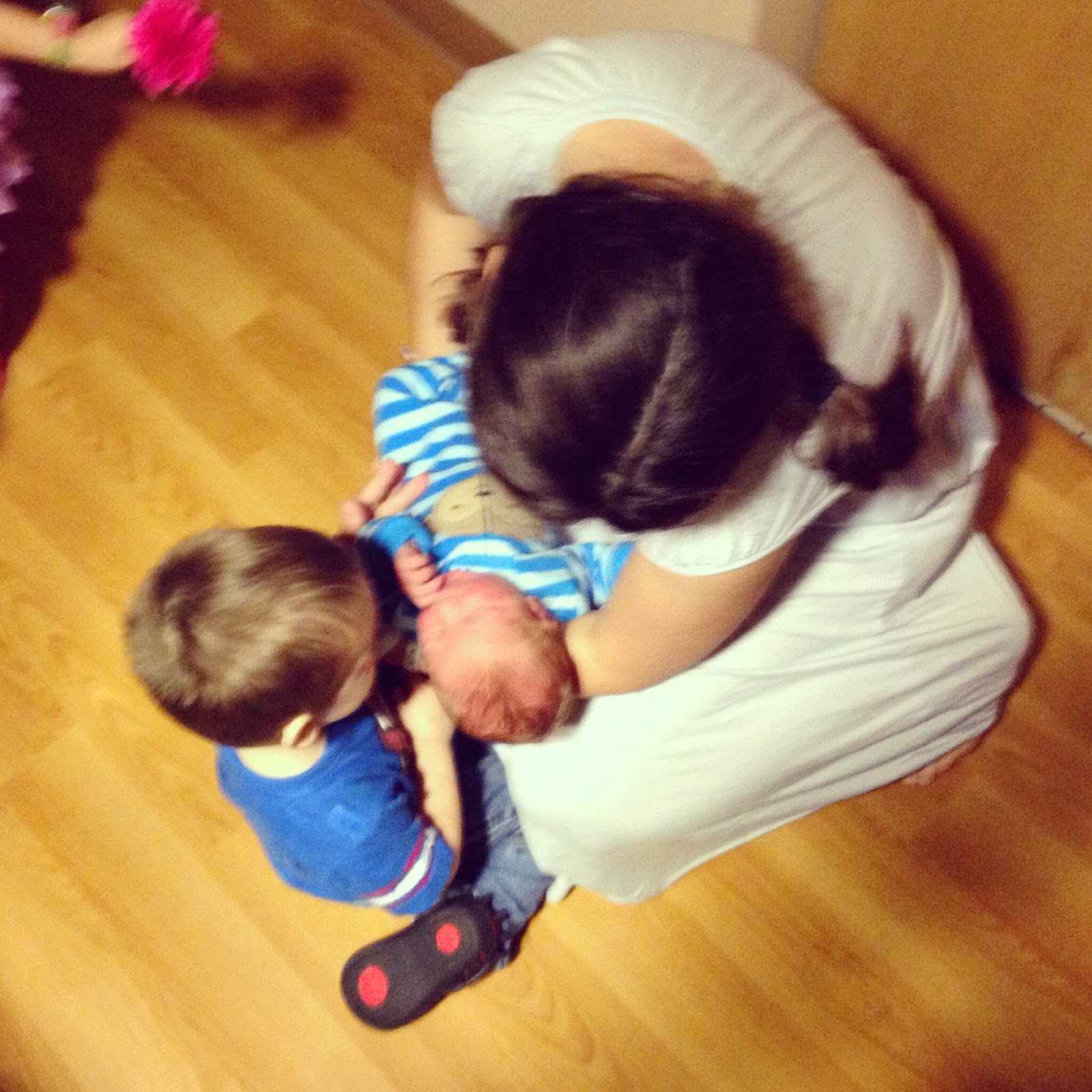 After his sibling left with Nani and Grumpa, James went back to napping. 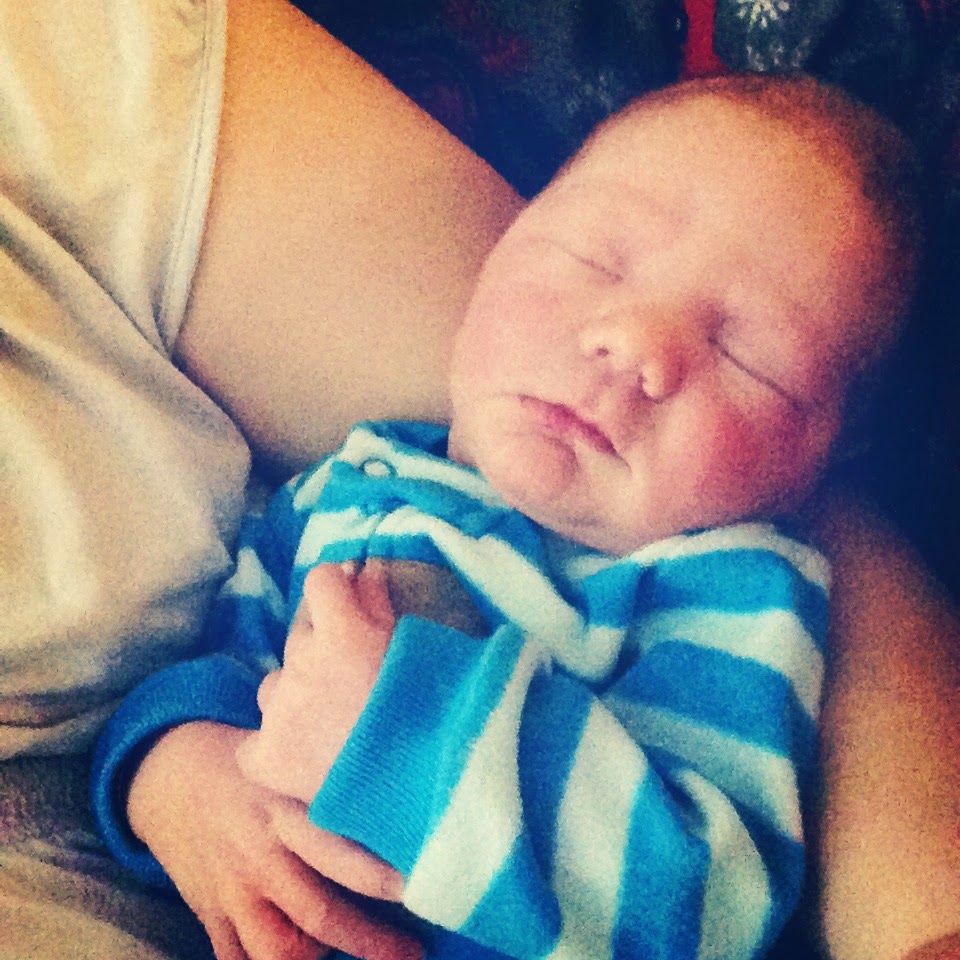 And on a totally random note, guess what they're filming this week a few miles from the hospital.

I actually snapped this when we were leaving the autism lab the other day because the museum of modern art is right next to the psych department and after wondering what they were doing to the building, Paul heard that they were filming part of the new Batman/Superman movie there.  And the news is reporting that that is exactly what's going on this week, so I guess it's true!

Here's the picture I snapped of the outside of the set as we were driving by! 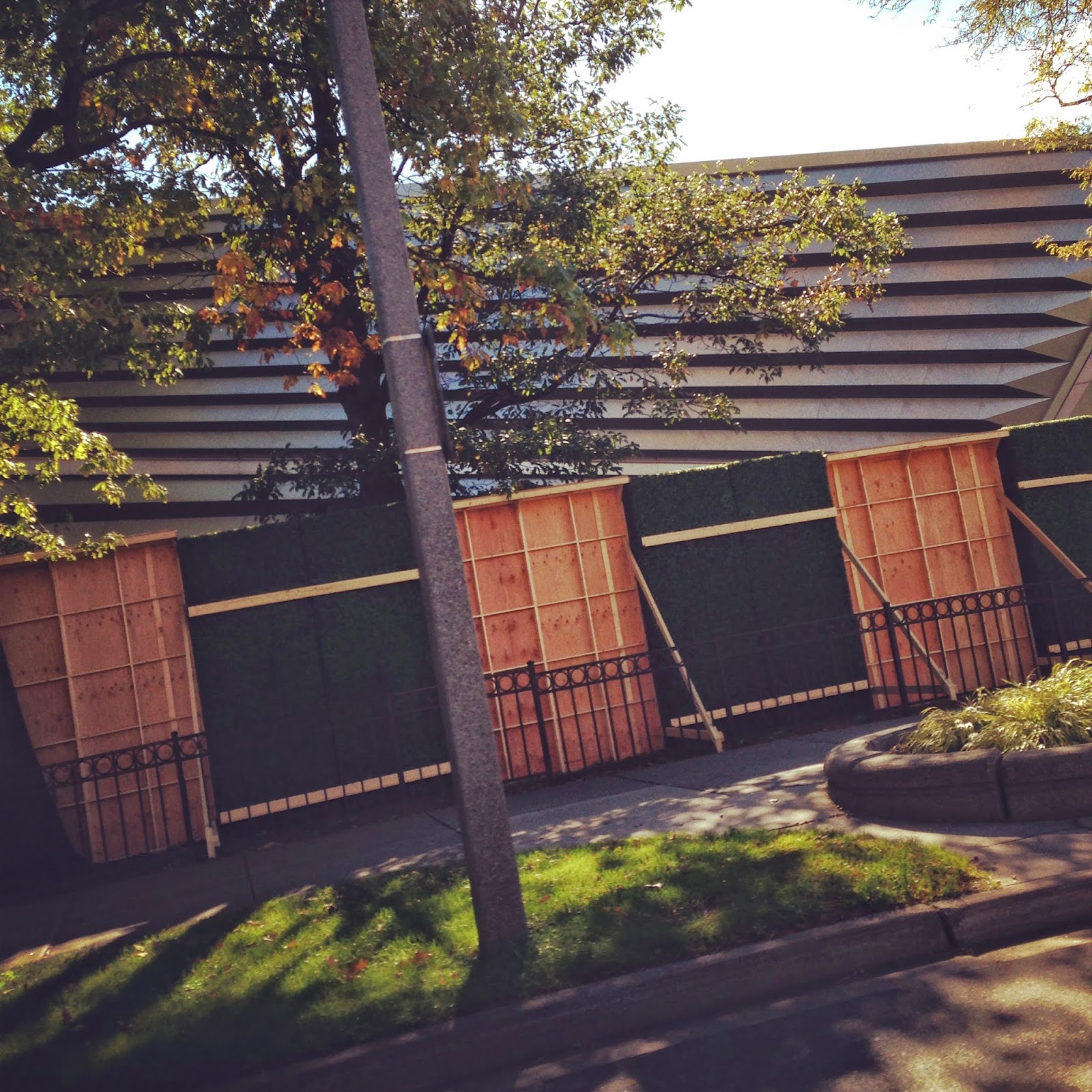 Now to get a little bit more rest. For some reason I seem to be the one who's wide awake all night still while Paul and James both have no problem drifting off to dreams!
Posted by Cammie Diane at 9:16 PM