Today, at eight days old, James Ignatius was baptized.  I always feel so relieved once a baby has been baptized and today was no exception.  Actually to be honest I get more anxious to have each baby we've added to our family baptized as soon as possible... which means that while I was still in the hospital I was asking Paul to call our priest's secretary and make an appointment.

We were also blessed to have amazing Godparents for this little guy.  Some of you may know Jacqueline from Journey Narrative (one of my favorite blogs!).  We first met Jacqueline and her husband Matt when we lived in Florida and while the hectic schedule of law school has meant that we haven't seen as much of them as we've wanted to since both of our families moved to the same area.

They were the first people we thought of when we began talking about Godparents.  And it made my entire week when they accepted the responsibility of being James' Godparents (she's even more of a rock star because she had surgery this past week, got out of the hospital yesterday and was still here tonight with her beautiful family!)!

James was not the easiest going baby during his baptism.  In fact, he cried through almost the entire thing.  He paused twice in his wails, once when the water was poured over his head and then again when the chrism oil was applied to his head. Then he went back to letting everyone know that he had a healthy set of lungs and that he wanted to exercise them. 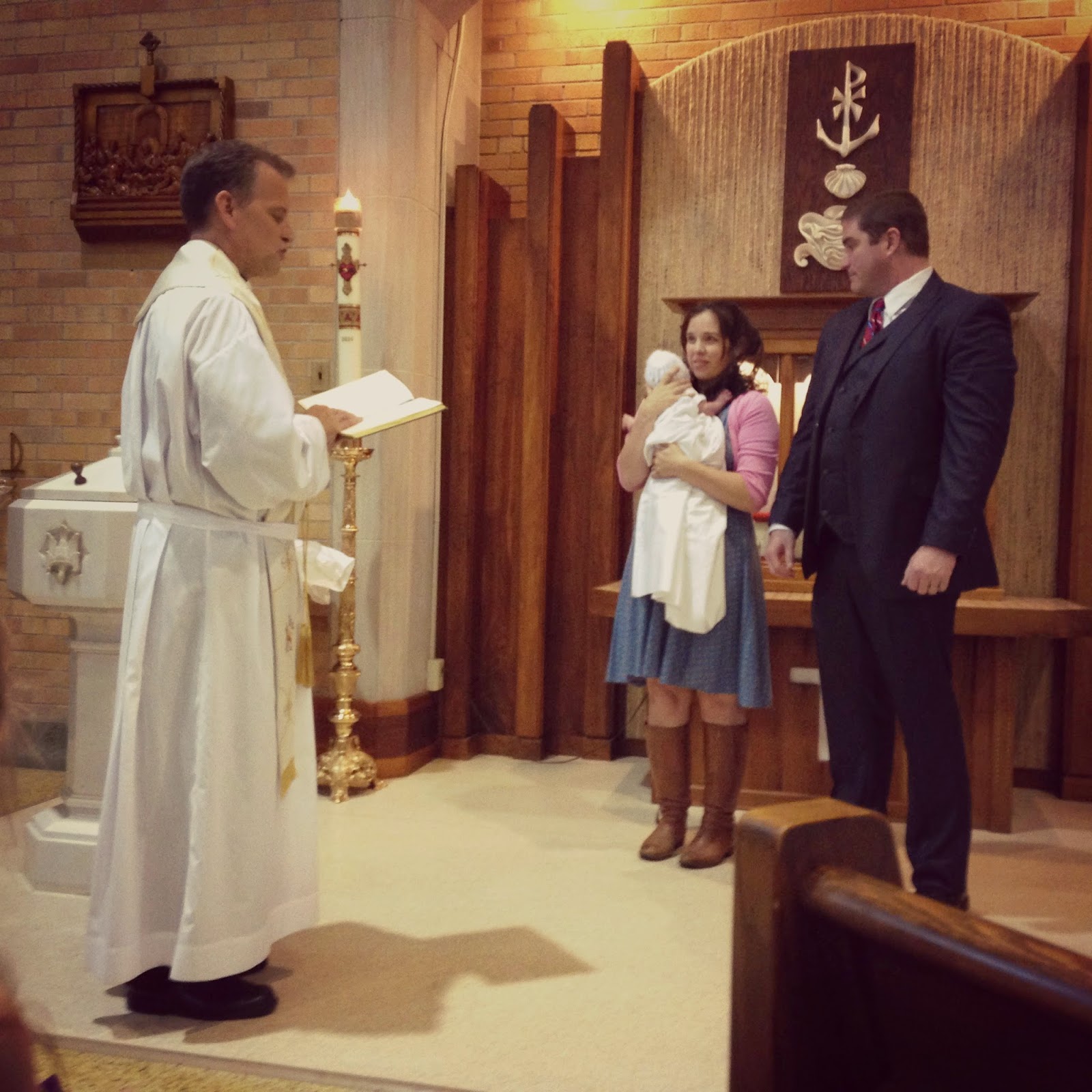 Patch was Patch.  Have I mentioned that he has a serious case of the "no, no, nos..." these days?  He does.  Which meant when the priest went through the baptismal vows he enthusiastically shouted his favorite word to every, single question.  As in "Do you promise to reject Satan..."

Mae. on the other hand, was so over the moon to actually be inside the main part of the church that she giggled through most of the baptism.  It definitely wasn't the quietest event ever held within those four walls.  Thankfully our priest is really great and started off by saying that they don't expect baptisms to be quiet!

And James' most definitely was not.

Now to share some of my favorite pictures from his big day! 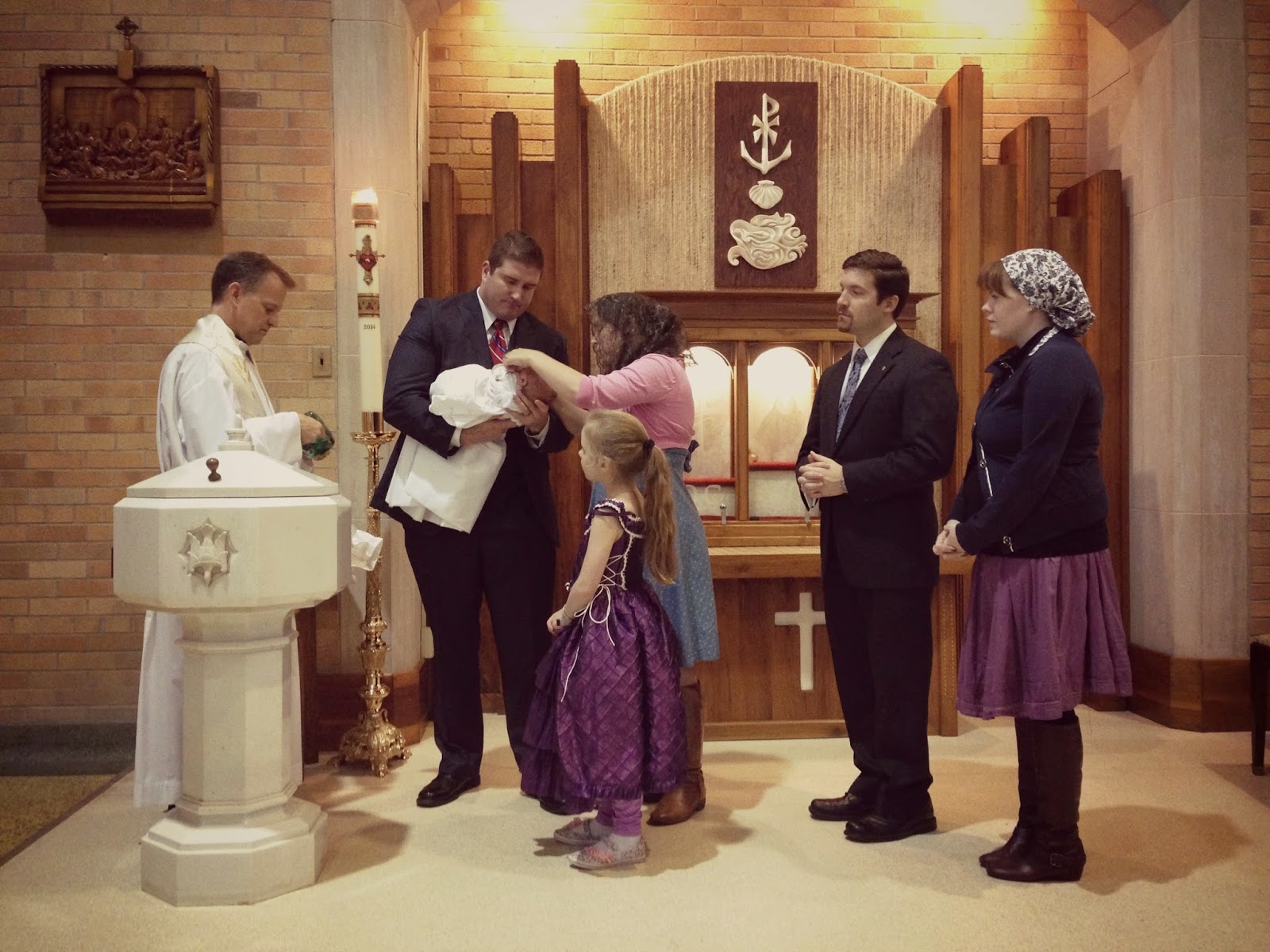 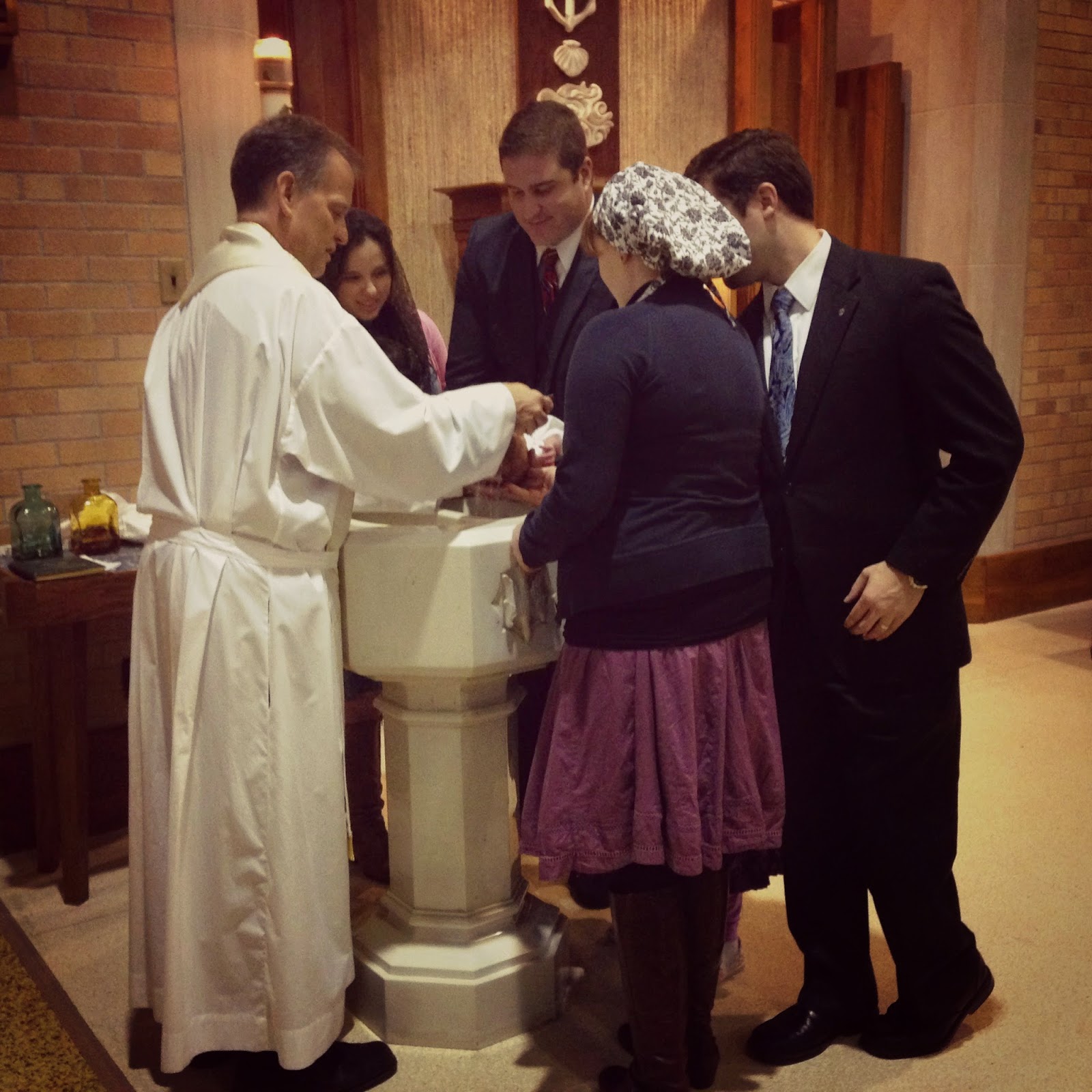 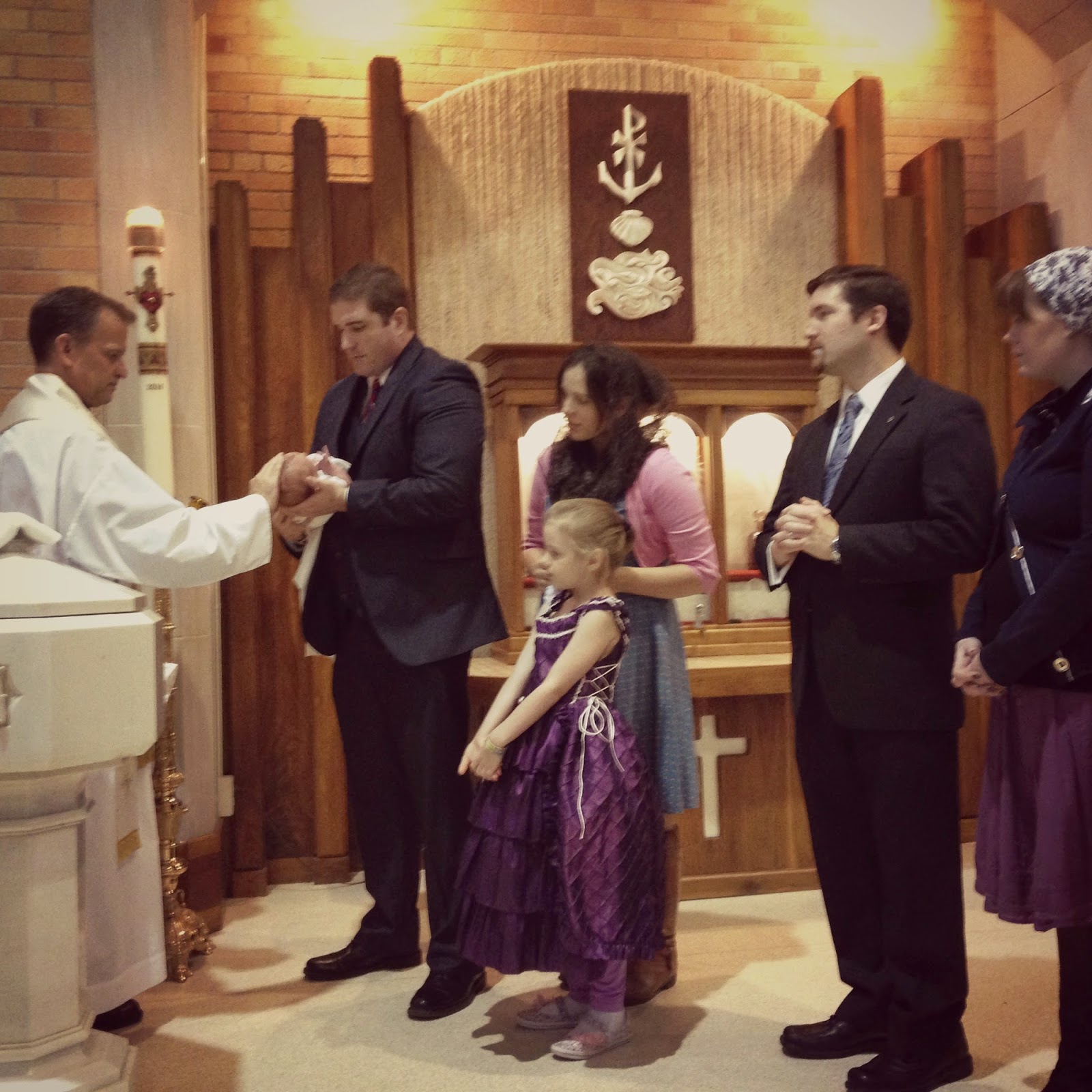 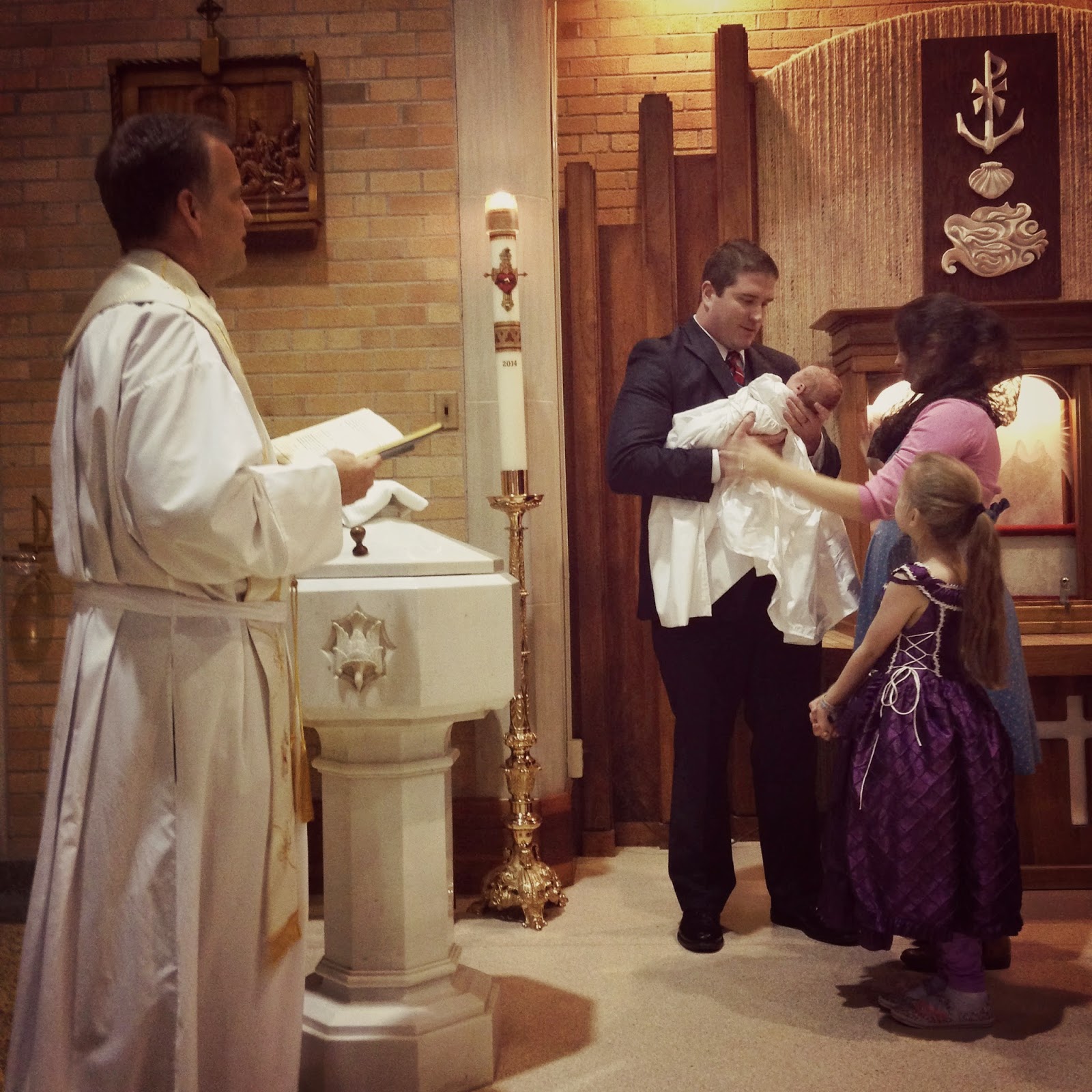 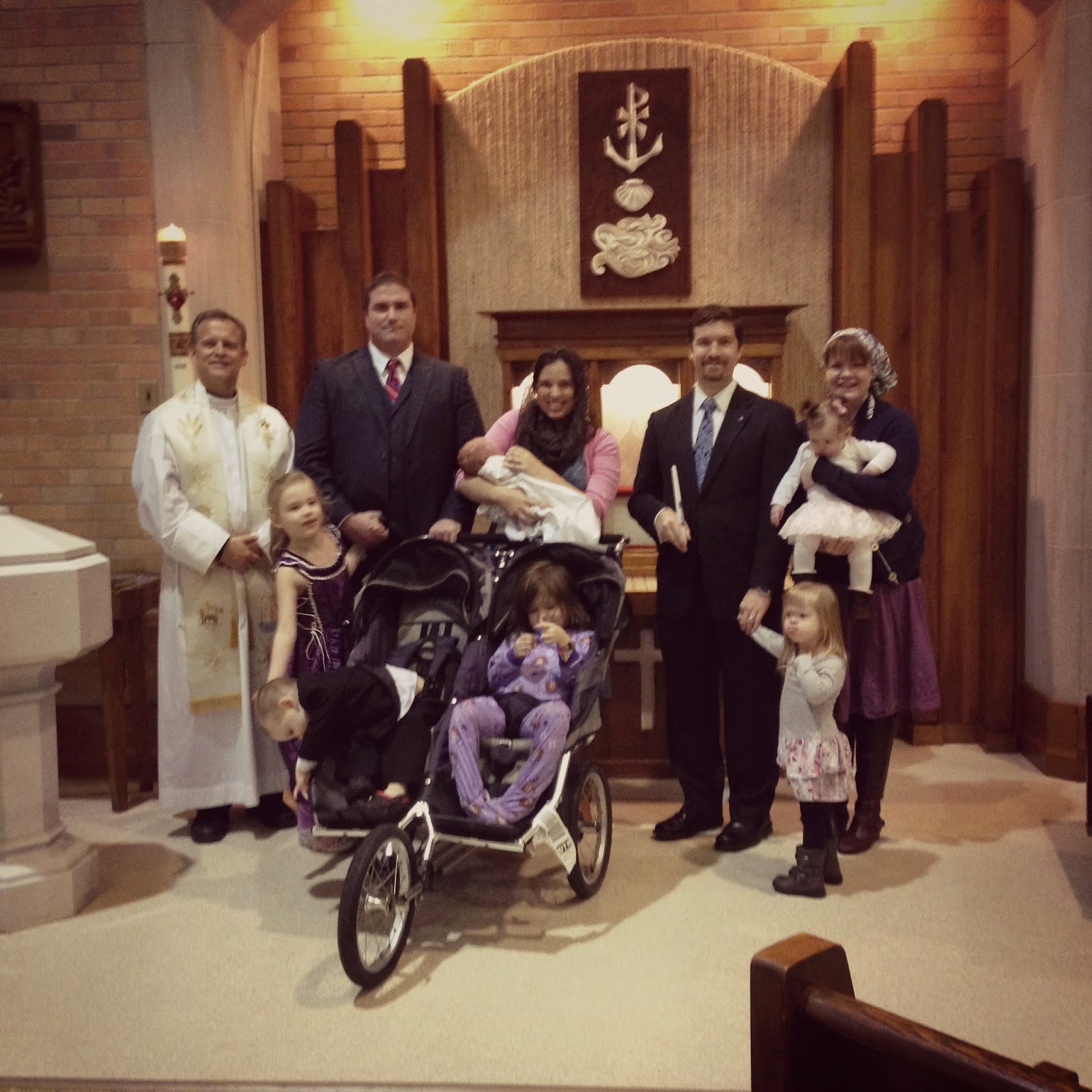 Now to cuddle with my no-longer-pagan Snuggle Bunny!
Posted by Cammie Diane at 10:02 PM