Even with all the extra hands helping around here I'm still not quite getting the hang of taking it easy.  Although there has been lots of time to cuddle with this guy: 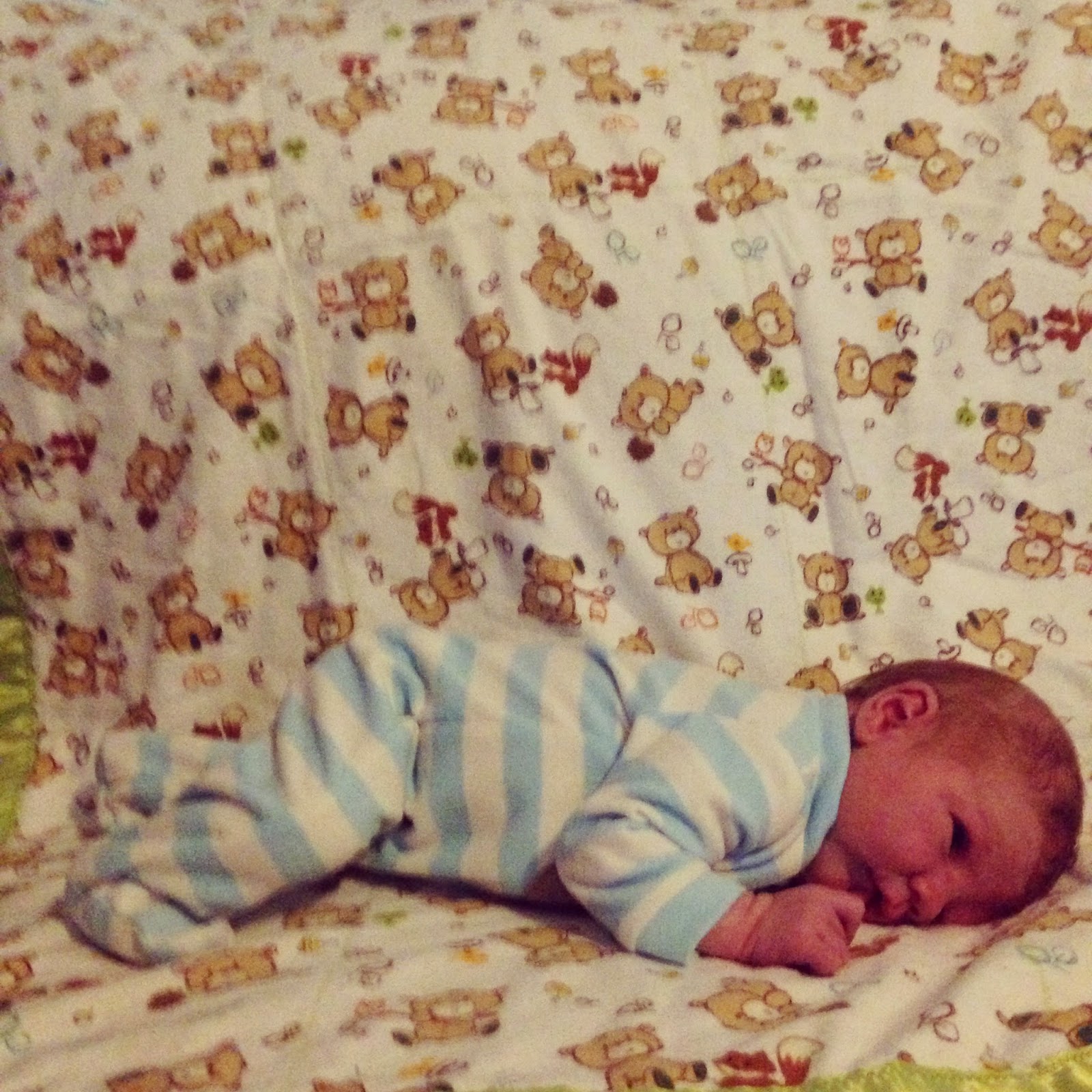 Yesterday started with a speech eval for Sadie which went well.  They found her use of language and comprehension was good, she just needs some practice with saying certain letter combinations and they want her to have a hearing testing (which I've wanted for a while but just haven't gotten around to scheduling with all the other appointments), which will be up next on my to do list for doctors-to-be-called this month.

And she thought it was terrifically fun. 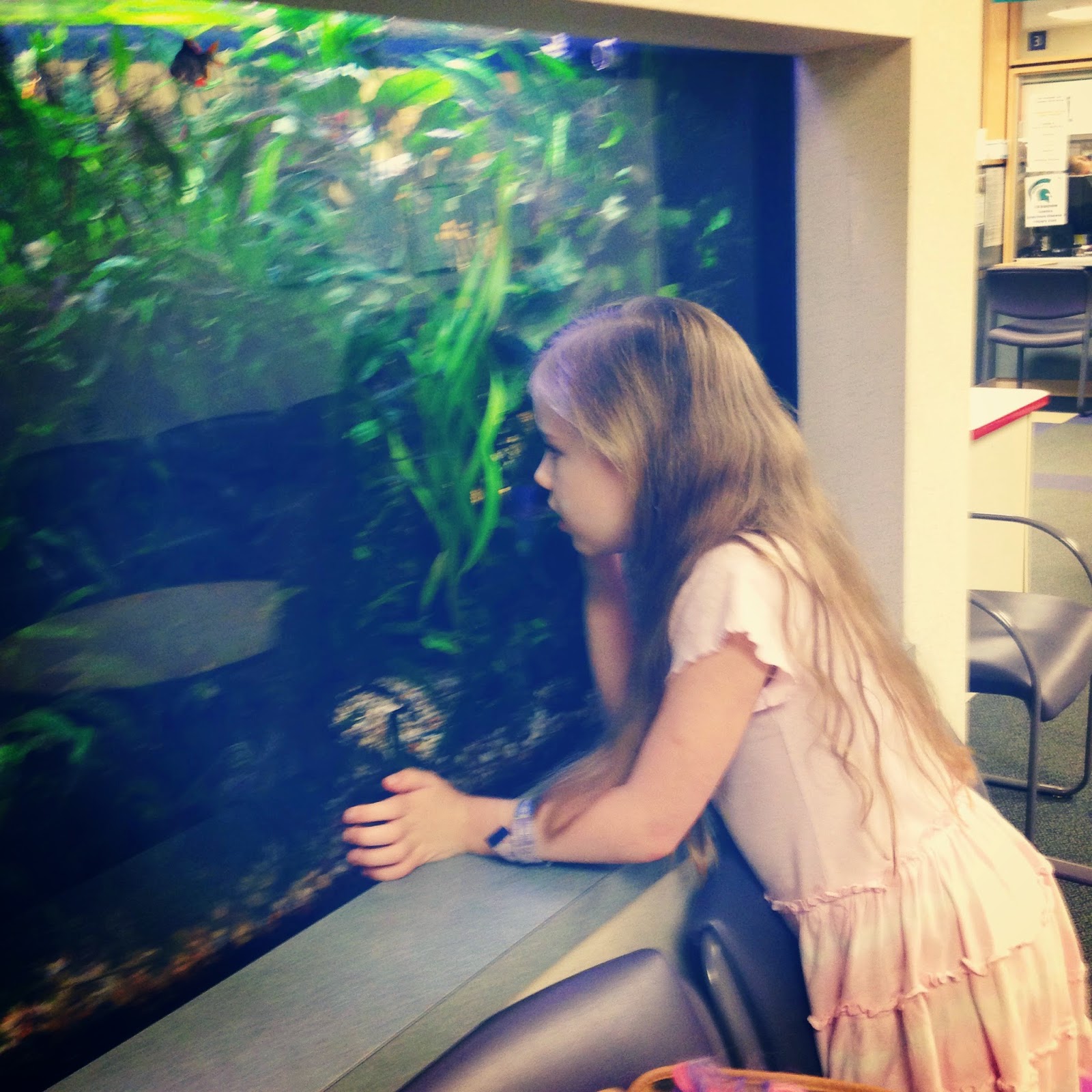 In the afternoon the whole family stopped by Daddy's work for pizza and then headed to the park where the sky was threatening to rain for the first fifteen minutes and then finally opened up and poured shortly after.  It still gave Patch time to drive the cars around and find all the little cars and trek all over the playground pulling them to one spot so they'd all be together. 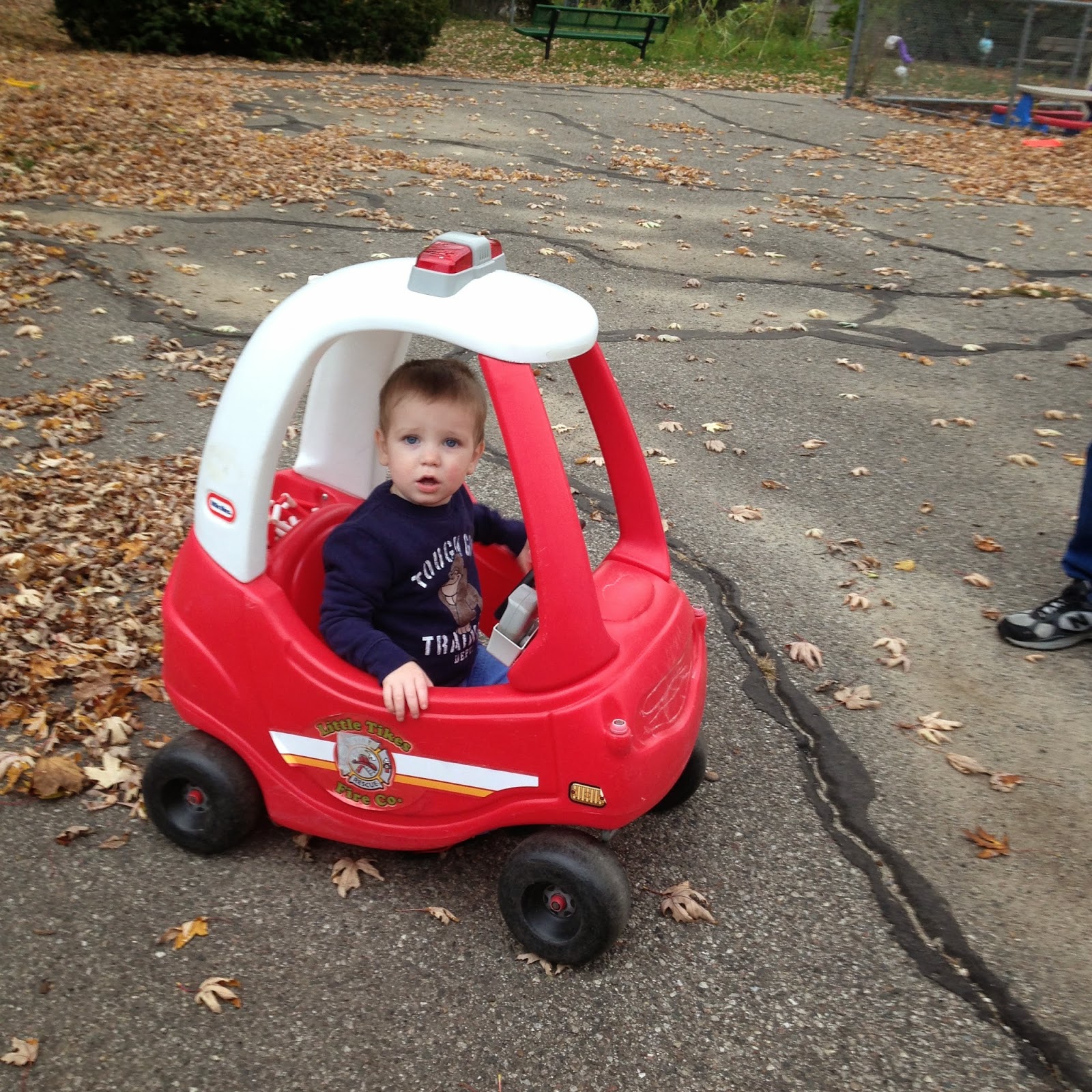 James didn't even realize that we were out and about. 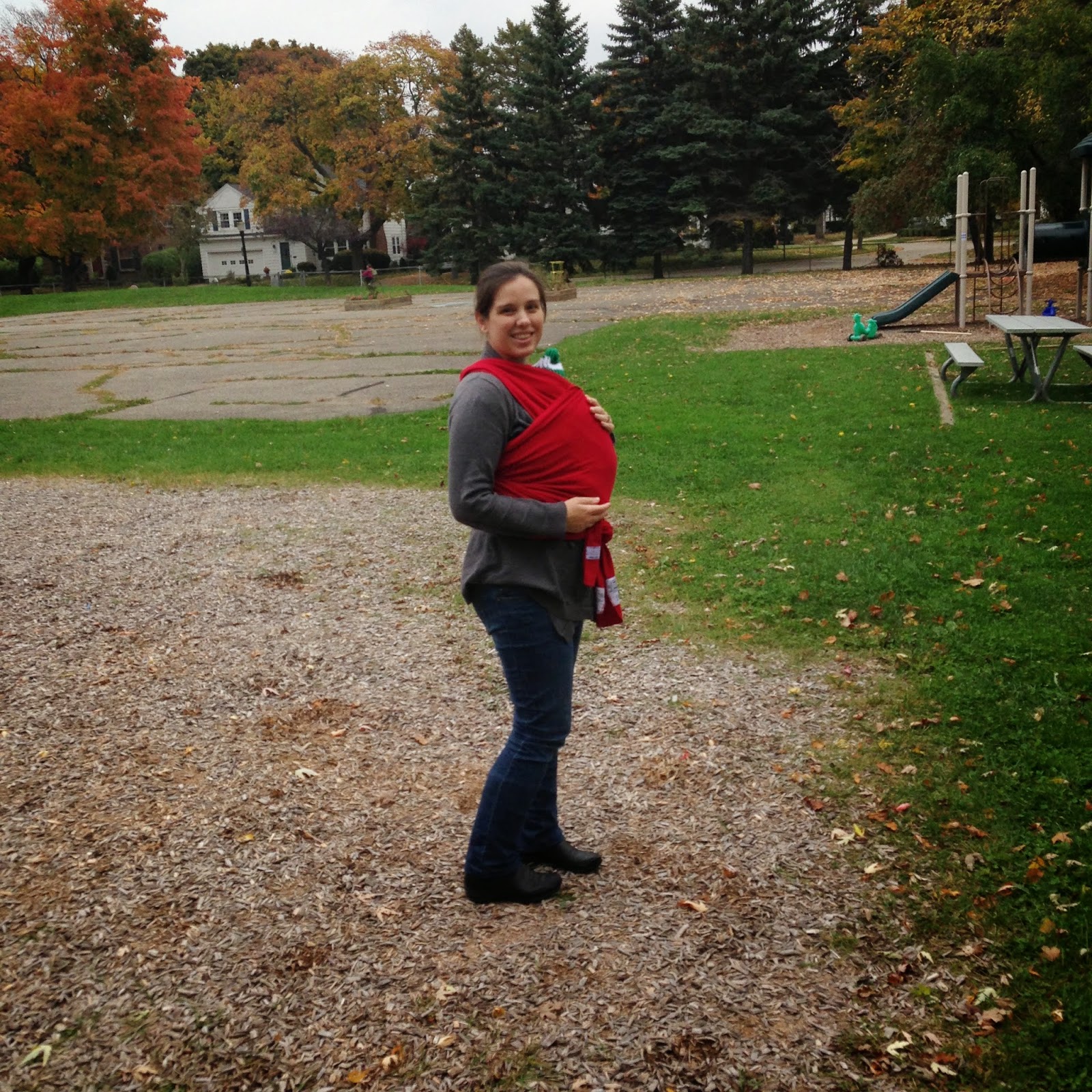 And as you may have guessed, Mae picked her own outfit.  Sofia and Dora for a winning combination. 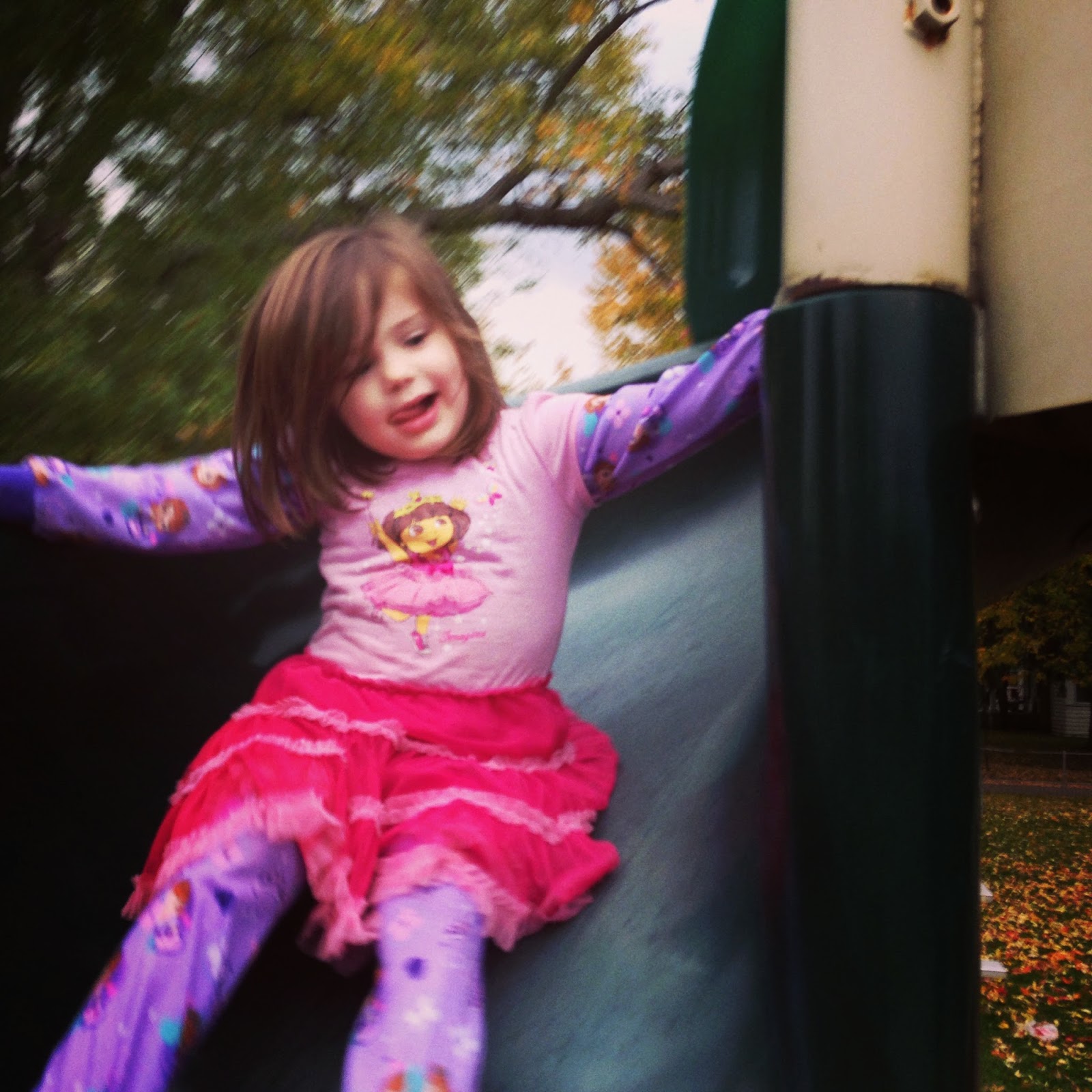 After Sadie's ballet class it was home where I was finally brave enough to try on James' baptismal gown for his big day.  It was perfect.  Especially with the super soft hat that his biggest sister made for him: 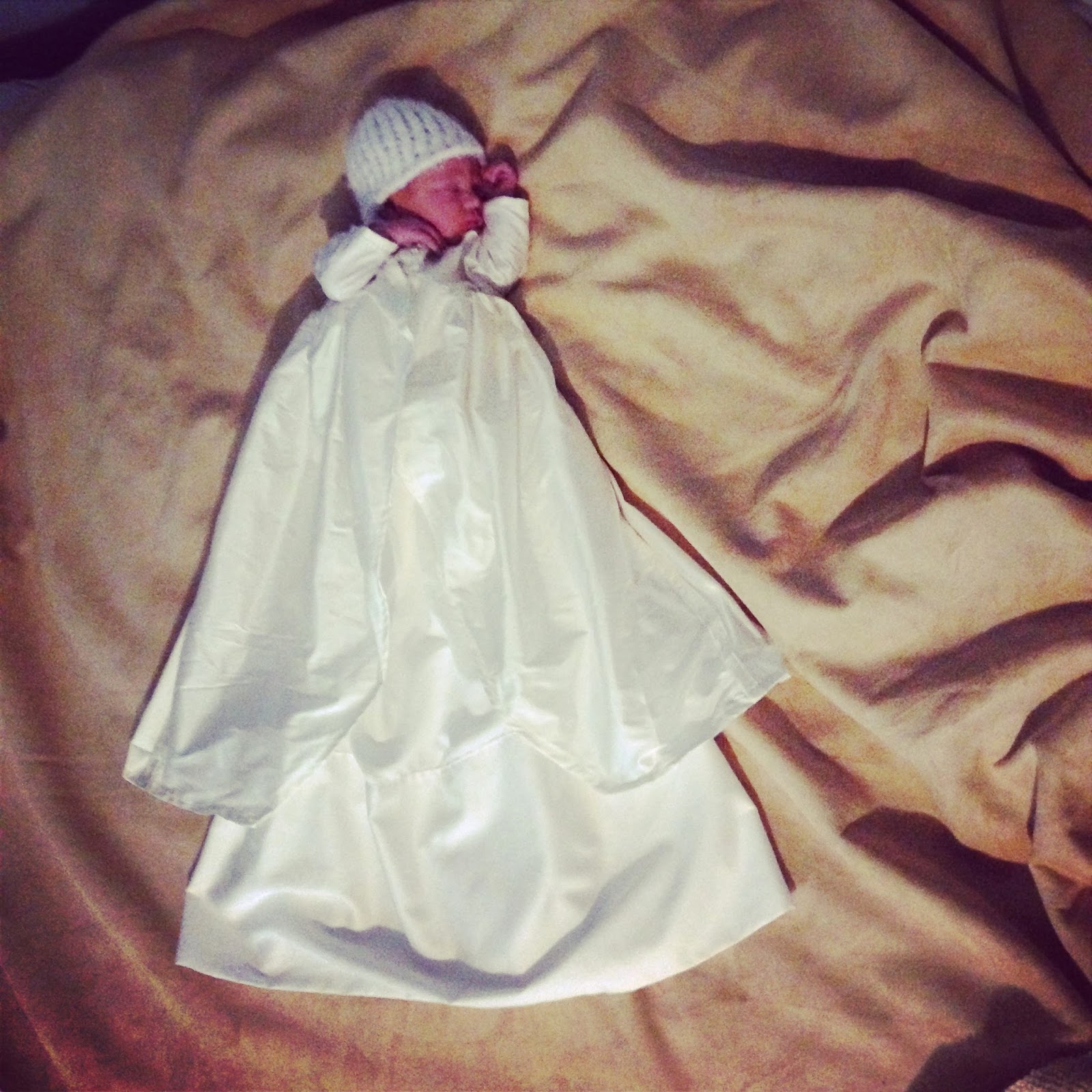 Tonight is his baptism.  I can hardly wait! 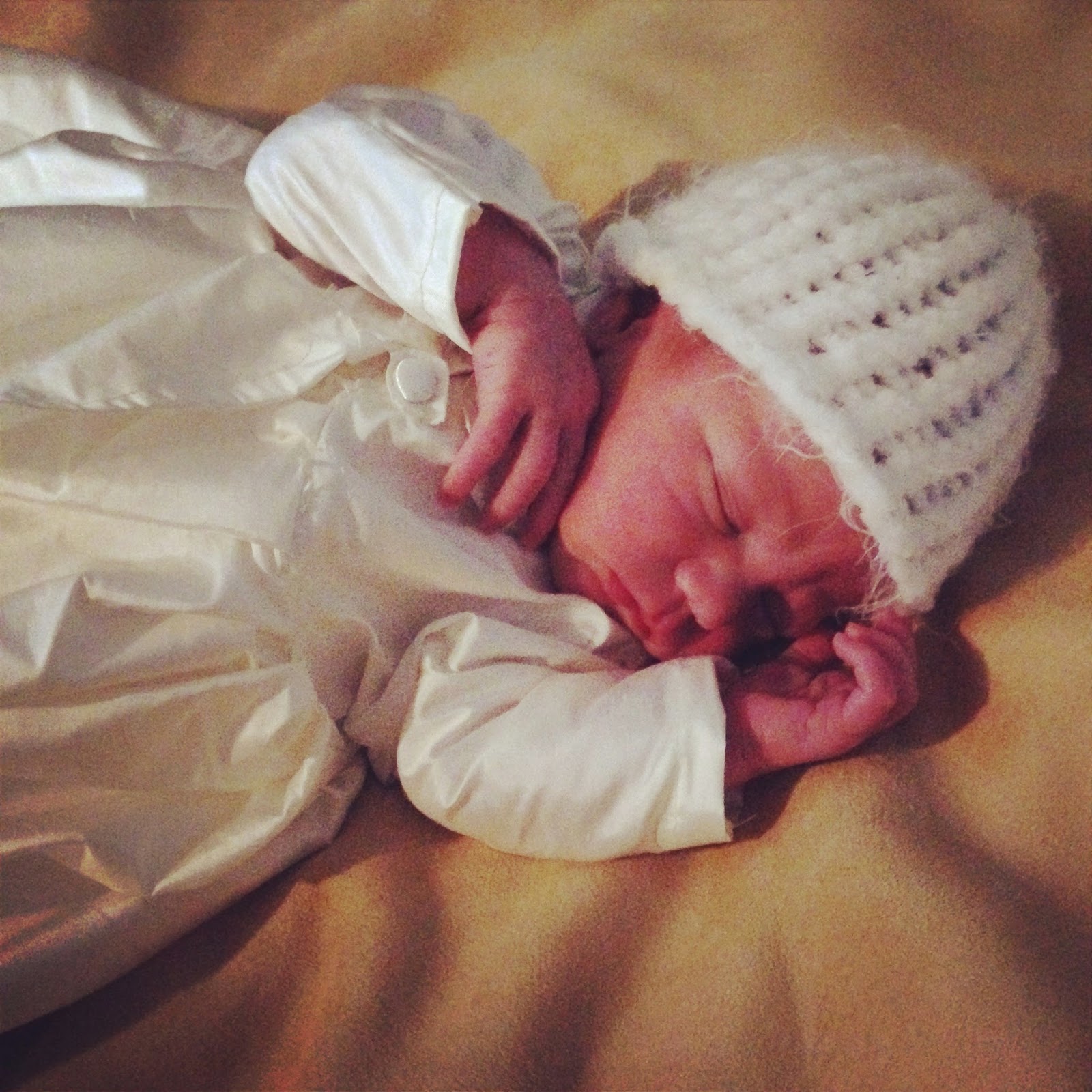