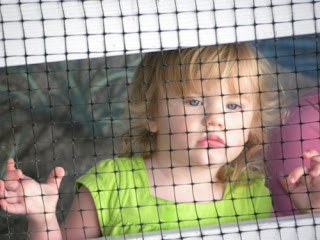 It would be naive to imagine that the President would even think about appointing a person to the Supreme Court that would respect the dignity of life from conception to death. So this article from California Catholic Daily is hardly surprising.
"...“Elena Kagan has no judicial record from which to determine her position on Roe v. Wade, but she has publicly criticized the 1991 Supreme Court ruling to allow the Department of Health and Human Services to restrict funding from groups that performed or promoted abortion, and has also criticized crisis pregnancy centers,” said Marjorie Dannenfelser, president of the pro-life political action group the Susan B. Anthony List.

“Additionally, President Obama has said he prefers a Supreme Court nominee who would take a special interest in ‘women’s rights’ -- a barely masked euphemism for abortion rights,” Dannenfelser noted. “Through the judicial confirmation process the American people must know where Elena Kagan stands on the abortion issue, and it is the responsibility of the U.S. Senate to find out.”

Dr. Charmaine Yoest, president of Americans United for Life, similarly criticized the move, saying on Monday that “Elena Kagan has strong ties to abortion-advocacy organizations and expressed admiration for activist judges who have worked to advance social policy rather than to impartially interpret the law.”..."

Full article here.
Posted by Cammie Diane at 9:53 AM