The Search for a Baby Carrier and My Moby Wrap 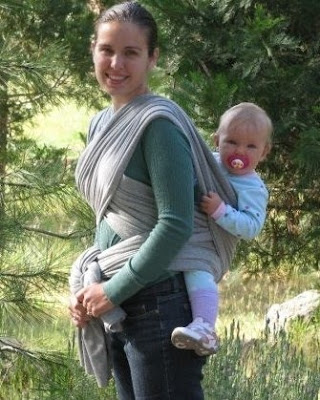 During the past two years I've gone through a number of baby carriers. When I was pregnant with Sadie I registered for two carriers: the baby bjorn and a baby sling like this one.
The baby bjorn was great for cooler weather and going on walks or on trips to the store, but the sling made me a bit uneasy when I actually tried to use it. 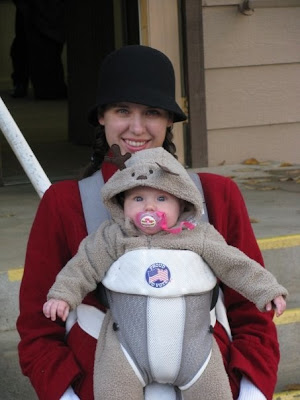 It felt incredibly small, even when Sadie was only a few weeks old and I was constantly paranoid that her little head would slip forward and she wouldn't be able to breath. I used it for a couple of months once she had better head control but it was still a struggle (because of the size). At that point she would sit up in it with her head sticking out so that I could tell that she was breathing.
The sling shrunk in the wash, and because I'd never been completely comfortable with it, I looked for a different baby wearing option. I discovered websites that gave wrap instructions and invested in six yards of stretchy knit fabric. Sadie was already pretty big by the time I started using the wrap, but I would manage to wrangle her into it and go on walks around Nani and Grumpa's property. I put it on a few times before we went to Mass, but it was so gigantically bulky that I didn't use it as often as I otherwise would have if it had been a little more compact. 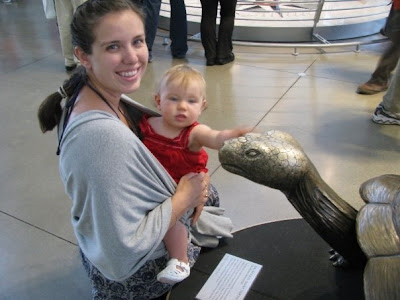 I wasn't in the market for a baby carrier when I was expecting Maggie (I planned on using the wrap and the baby bjorn), but I'd heard good things about the Moby wrap, and those reviews, combined with a gift card that made the wrap free, meant that we would be trying something new.
The Moby wrap is about the same length as the wrap that I'd made, but is much lighter and narrower, which makes it much easier to use. If you haven't used a wrap before, it takes a little getting used to (if you have used a wrap before it should be a snap!). I usually put it on before I leave the house and then slip Maggie into it when we get where we're going. Maggie also spends a lot of mealtimes in the wrap, which leaves my hands free to eat!
The only drawback is that it isn't easy to put on when your outside without the ends touching the ground. I have gotten pretty good at putting it on while sitting in the car though, so it can be done! 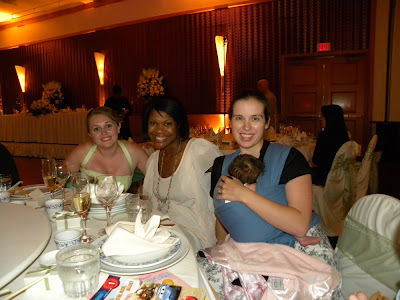 So far Maggie has attended a wedding reception in her Moby wrap (with a ten course dinner, although she didn't make it through the entire dinner), gone to Mass at the cathedral, and spent a morning walking around the SF Zoo (and riding on the little steam train!) in it. I wear it most days, often for a good portion of the day and Maggie usually sleeps when she's in it, although more and more often she's awake, watching the world and smiling.
While it can take a little getting used to, I would definitely recommend the Moby wrap to anyone looking for a baby carrier. Especially if you need your hands to be free while your out and about! It makes toddler wrangling possible (if not easy!).
Posted by Cammie Diane at 5:33 PM