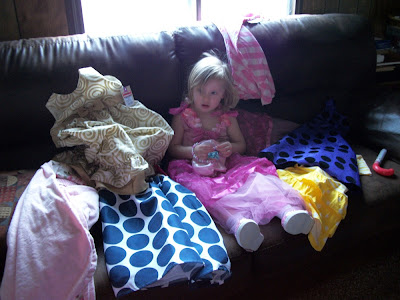 Sadie ended up with quite a few gift cards for Christmas this year. We hadn't braved our local summit to take a trip to "The City" in a few weeks and since Paul also needed to pick up a few things for his voyage overseas (give me a moment to stifle my jealousy as I stay home with a sick toddler, hoping against hope that Maggie avoids coming down with this awful bug...) we drove an hour and went to two stores to make all of Sadie's dress dreams come true.
You see, lately she refuses to wear anything other than dresses. And now that she's a five she's outgrown almost all of the clothing in her closet.
I imagine that most two year olds would want to head to the toy section. Instead Sadie ohhed and ahhed over the dresses (mostly on clearance) at Target and Macy's. I'm pretty sure she's now one of the best dressed kids in the trailer park (that was Paul's comment as I showed him what she'd picked out). So far the pink princess dress is her favorite, followed by a frilly yellow and white number. At least this should keep her from trying to squeeze into her sister's twelve month dresses. I hope at least.
She actually managed to convince us to let her put on the princess dress in the Target parking lot... and then spent the rest of the day giggling.
Here are some of the highlights: 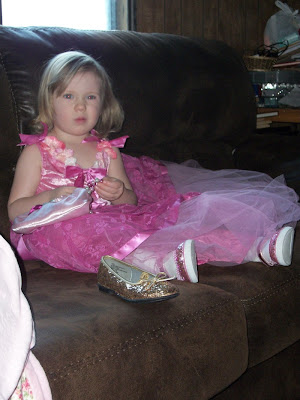 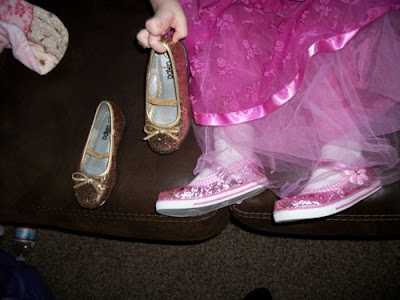 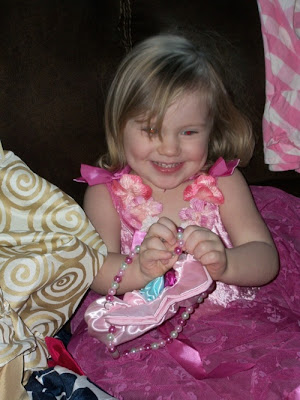