How'd I Get To Be So Picky About Bible Translations? 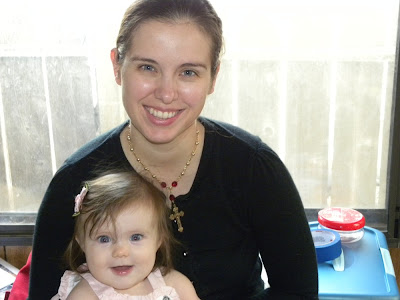 I'd really like to know the answer to the above question. It's a little embarrassing. I try not to be bothered... but it always slips out.
When I began RCIA, Paul wanted to buy me a Bible. Thus began a journey to find one that I liked (it took a while...).
I was looking for a Bible verse tonight for a post that I've been planning, but as I was searching for it I was sidetracked. First I looked in one of my two favorite Bibles, the Douay Rheims (my other favorite is the RSV CE). I love the Doay Rheims, but after reading through the part I was searching for I wondered if I shouldn't check out a couple other versions, because it was a post that I was hoping would be very relatable and the Douay Rheims isn't necessarily the easiest read.
Here are the three versions that I came across (and this just happens to be the first verse that caught my eye):

"Labour not for the meat which perisheth, but for that which endureth unto life everlasting, which the Son of man will give you..."

"Do not work for food that perishes but for the food that endures for eternal life, which the Son of Man will give you..."

I'll admit, after reading less than ten words of the New Jerusalem Bible I could tell that I wasn't going to like the translation. I was getting that grating, nails on chalkboard feeling. So I clicked back over to a couple other versions and read the same verse, one after another.
I knew within moments what it was that bothered me. It was the same thing that bothered me when we looked at different translations in RCIA and read a few that, while sold as "adult" Bibles were so incredibly oversimplified that it was hard to get a glimpse of the original meaning. One version that stands out even now was missing the word "temptation." Apparently it was thought to be too difficult a word and had been left out (we had been talking about how different Bibles were graded at different grade levels that night... but I really don't think "temptation" is that tough of a word, despite it's three syllables...).
In the verse above, in the New Jerusalem, they've decided to do away with the word "perishes" and replace it with "go bad." It means the same thing. And yet I had to force myself to keep reading because it just "sounded" off when I read the verse to myself. I'll admit, I tend to be a little obsessive about words and cadence and how paragraphs fall together.
I'll also admit that I was being a little dramatic when I flopped down on the bed with my laptop and asked Paul, who was hard at work on his computer, my next question. The conversation went something like this:
Me: "Is that Bible that you like the Jerusalem or the New Jerusalem?"
Him: "Jerusalem. Why?"
Me: "Because I was just looking for a Bible verse and I found it in the New Jerusalem. And I actually feel a little bit dumber now than I did ten minutes ago." (I know, I know, it's not nearly that bad. I was being dramatic. I should also mention that I'm also really tired right now and feel a little bit goofy from sheer exhaustion. I read a simple paragraph that was only slightly funny on another website half an hour ago and laughed for like five minutes... I'll be going to bed soon...).
Him: "I'll have to let my professor know that. He loves the New Jerusalem Bible. It uses gender inclusive language."
There you have it. See, my instincts aren't all that bad. And if you read this blog regularly you may remember that I do believe that gender inclusive language sounds exactly like finger nails on a chalkboard.
I may be a little neurotic and this might be my most boring post ever, so I think I'm going to get that sleep I so desperately need. And tomorrow I'll try again to write that post I've been planning (the title is "Why I'm Catholic: Part 1").
I'll make sure I avoid the New Jerusalem, so I don't get distracted...
Posted by Cammie Diane at 12:22 AM