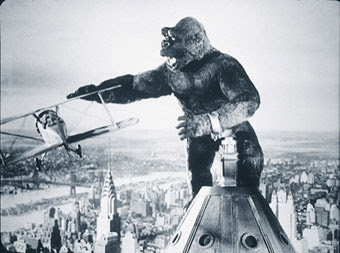 But in the first trimester… Paul watches from a distance, hoping I don’t burst into tears because there weren’t any ripe avocados at the store (I didn’t… I went back to the store by myself and found the ripe avocados… and stomped back into the house triumphant).

It was during the first trimester that I nearly punched a man in the nose at the Church of the Nativity in Bethlehem (in my defense he’d grabbed my arm and tried to stop me from going with my tour group. However in normal, non-pregnant life, my first reaction isn’t to instantly cock my arm and threaten to punch someone…). 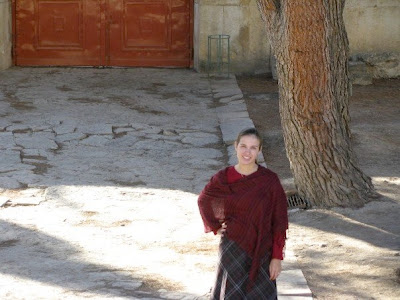 So the comments my family has been receiving lately, while indisbutably rude in any state, may feel a bit more serious in my current state: In other words I feel a bit like King Kong shut up in a cage made of… oh I don’t know… aluminum cans glued together with Elmer’s glue, being poked with a cattle prod. You just know that something is about to happen and that it’s not going to be pretty.

The thing is that I knew that it was coming… I just thought it would be a bit further off! We have two children. We’re expecting our third. Our family is certainly not large by Catholic standards. However the (real life) comments began rolling in as soon as we announced the pregnancy and the simple “Congratulations” that we’ve received are few and far between.

Instead we hear (and all in a similar disgusted tone… because many of these same comments could be perfectly fine in a joyous tone!):

We’d already been getting the “don’t you know what causes that” and “don’t you have TV?” comments which I thought was a little strange because, let’s face it, two kids isn’t a huge family by any standards.

I know that our culture is less focused on manners than it probably was at pretty much any other point in history. Profanity on television is pretty much the norm (although I guess it’s not considered profanity any longer?). And apparently disgust is a normal response these days when a person hears that a bouncing bundle of joy is expected.

I’m having a harder time being polite in response to rude comments with the hormone… surges… coursing through my veins. I have managed to not say anything rude in response to anyone (although it can be very tempting… and several bloggers have already come up with clever responses…). However, I’m pretty sure my face gives away the lie that the fact is that I don’t think that sort of comment is appropriate.

And let’s keep our fingers crossed that King Kong doesn’t escape from the aluminum can cage any time soon… because I can promise you one thing… it wouldn’t be pretty…
(photo of King Kong from Wikipedia)
Posted by Cammie Diane at 1:23 AM