Today was the first rainy day that we've seen in a while. We've been hoping for rain though, because while our winter started out very wet, we've had beautiful clear weather lately and everyone is worried we're headed into another drought year.
Grumpa even ended up working on chain control from 7pm to 7am!
I remembered this afternoon that while it was five years ago today Paul proposed (I never forget that!), it was six years ago today I had my very first interview with the CIA (which led to many more interviews, two trips to DC, being hired, and then finally un-hired around the time I got engaged and today being grateful for the experience but glad I didn't end up in that job which would have meant spending 80% of my time overseas! I can definitely say today that I think things turned out exactly how they were supposed to.)! Here are a few of today's pictures: 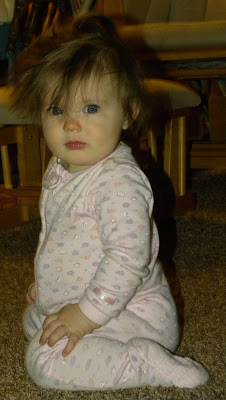 A sleepy looking Maggie, who shouldn't really be sleepy since she woke up the entire house and demanded everyone get out of bed!

The princess on her magic carpet! Her current favorite song is "A Whole New World" (she walks around the house singing "Whole New World" over and over again) and then saying "magic carpet" and dragging this little carpet out into the middle of the floor and making everyone sit on it. There was almost an injury one day when Mae "fell off" the magic carpet and Sadie panicked and tried to "rescue" her. 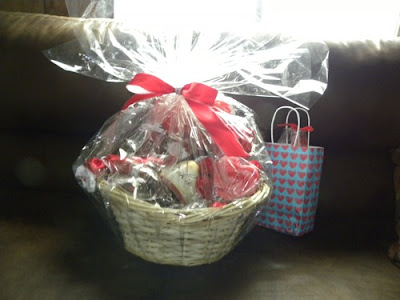 After winning drawing #1 at our church (this gift basket and a weekend at a bed and breakfast) we went to my Republican Women's luncheon and I won drawing #2 (candles and bath stuff). I need to send Paul out to buy a lottery ticket! 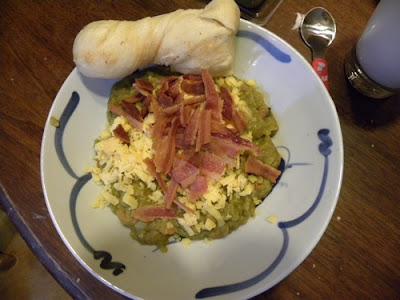 Paul loves split pea soup so I surprised him with it before he went off to work his shift last night (which started at 6pm!). And I threw in another bread experiment: 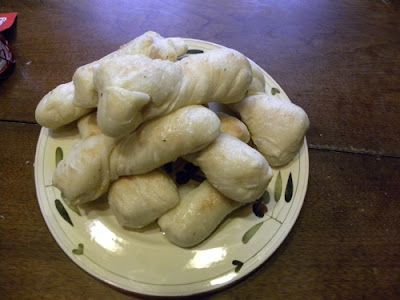 I consider the experiment to be semi-successful. The breadsticks were "okay." I think they would have been good if I hadn't missed on key sentence in the instructions which said the breaksticks would still be "sticky" when I left them to rise. I thought they were still way too gooey and added and extra half coup of flour and I think that's why they tasted kind of floury. They weren't terrible, but they weren't super either!
Posted by Cammie Diane at 1:22 AM