The Old Apartment and The Headaches... A Mystery... 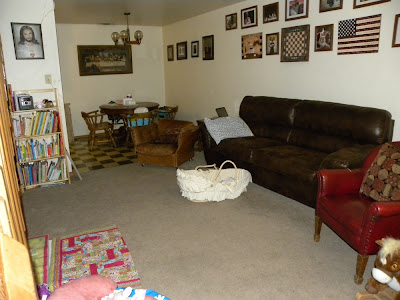 I thought about writing this blog post back in December before we moved, but after Paul and I talked about it I decided to wait. Actually he forbade me going into detail about the subject at the time, because it would scare people and there wasn’t anything that could be done to change the situation for a few weeks and so we waited and prayed and thankfully were finally able to move into our current home (which we love!).

However, the news stories about the reporter suffering from a “complex migraine” got me thinking about the past eight months and I thought I’d finally write a post about everything that happened (if you’re a regular longtime reader you may remember some of the details… now I can finally fill in the blanks).

Towards the very end of my pregnancy with Maggie I started having fairly intense migraines several times a week. At the time we thought that they were related to the pregnancy hormones and possibly my higher than normal blood pressure (which was around 130/70-something. It’s usually around 90/50-something). I figured I would live with the more frequent migraines (the only option my OB came up with was narcotics and while I took the prescription home I wasn’t really comfortable taking them while pregnant) and that they’d go away once the baby was born.

Unfortunately that didn’t happen. And then they changed. Less than a month after Maggie was born I started experiencing extreme dizziness with the migraines. Then the numbness started (and that was just frightening!). The entire right side of my face would go numb. I could tell a headache was coming on some days when I’d have a hard time pronouncing certain words (“womb” when we were praying Hail Mary’s was always a giveaway, because I’d start having a hard time with my w’s). 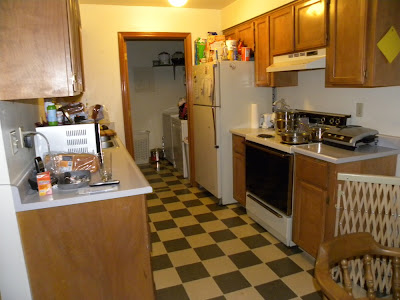 Other times I would suddenly realize that I felt completely and totally drunk. As in a “I can’t drive home right now because the room won’t hold still even though I am” feeling. The pain part of the headache would usually follow within an hour, although occasionally it would remain pain-free but disorienting vertigo. And Paul and I both have noticed that my personality and sense of humor would change slightly (again, not unlike being drunk. I am suddenly much more chattery before a migraine.).

Sometimes putting my feet in scalding hot water helped, but only if I caught the headache very early on. During very bad headaches I would take the painkillers that I didn’t need when I had my c-section (to put in perspective how bad these headaches are!), but even they wouldn’t always take the edge of the headaches.

This dragged on for months. I was averaging two or three migraines a week. The headaches kept getting more and more frightening as the numbness seemed to be getting worse and worse.

One morning we ran into one of our neighbors at the old place and she told us that she really wanted to move. A mutual neighbor was having horrible headaches and nausea, as was her own husband and they were worried about the root of the problem. According to the mutual neighbor, an elderly woman, her chiropractor had given her a test (a cotton ball dipped in some solution) that she put out in her apartment overnight and then returned to the chiropractor and that the test had shown asbestos in the air.

Now I have no idea if that is true, but I do know that the news that three of the five units in the building housed people who were having extreme headaches and nausea was troubling.

A month later we moved and I breathed a sigh of relief.

I’ve only had two headaches in the last month (we’ve lived here for a month and a half now). They’re still different and still include the dizziness/aura, but I can deal with them in limited quantities.

I do wonder if we should report the experience to someone… I do believe that there’s something dangerous in those apartments that’s making people sick (any time we reported anything wrong the people in charge would say they were really sorry but the owner doesn’t want to spend any money….).

And that is reasoning 574 that I am thrilled that we moved!
Posted by Cammie Diane at 11:57 PM