Sadie Frown of the Week: The Ninth US Circuit Court of Appeals 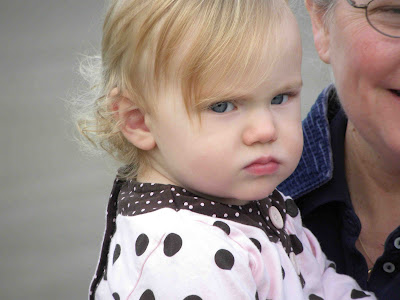 I know, I know... Can we really be surprised, or even disappointed by any ruling that comes out of this particular court? Sometimes, however, their rulings are so outrageous that I still find myself wondering what on earth they're thinking. Here's the latest:

The Thomas More Law Center filed a petition with the U.S. Supreme Court on Feb. 15 asking that it reverse a Ninth U.S. Circuit Court of Appeals decision upholding a resolution adopted by the San Francisco Board of Supervisors nearly five years ago vilifying the Catholic Church.

“San Francisco’s resolution, adopted March 21, 2006, refers to the Vatican as a ‘foreign country’ meddling in the affairs of the City and proclaims the Church’s moral teaching and beliefs on homosexuality as ‘insulting to all San Franciscans,’ ‘hateful,’ ‘insulting and callous,’ ‘defamatory,’ ‘absolutely unacceptable,’ ‘insensitive and ignorant,’” the Law Center said in announcing the appeal yesterday.

The resolution went so far as to call on Catholics to disobey the Vatican. “The Board of Supervisors urges Archbishop Niederauer and the Catholic Charities of the Archdiocese of San Francisco to defy all discriminatory directives of Cardinal Levada,” the resolution said in part...
Read the entire article here.