As many of you know Sadie has one request when asked what she wants for her birthday: a "Holy Baby" Dress. I've been planning on making one, but I was a little nervous how it would turn out.
I got to work on the Holy Baby Dress yesterday, partially out of fear that I would leave it to the last minute and then there would be some sort of disaster and it wouldn't be finished in time.
I had already done some work on the skirt (sewed 1 seam and gathered it), so that's where I was starting from yesterday.
I made the dress pattern up in my head as I was going along (which felt dangerous!), but I think it turned out alright! I kept comparing the size to a dress of hers that fits and is slightly big. I also put elastic in the neck, sleeve cuffs and waist so it should expand and fit for a while!
I started out by cutting out the white panel. I wanted the yellow satin cross to be set in it though, so I cut out several different sized squares and two straight lengths for the cross. 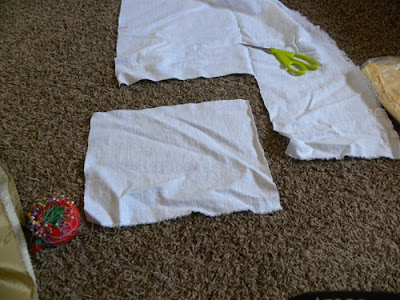 It turned out alright! 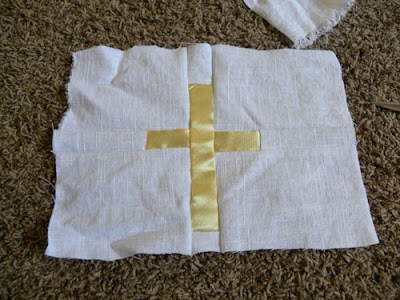 I reinforced it by giving it a backing (and then thought... "that would make a cute pillow!"). 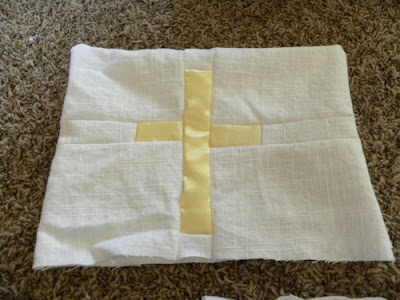 And then the body started to take shape. 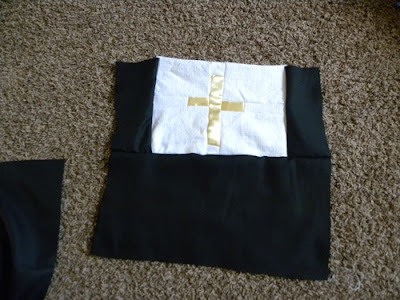 I added two short straps between the two parts of the bodice when I began to worry about how big the neck hole was (I was avoiding zippers for this). 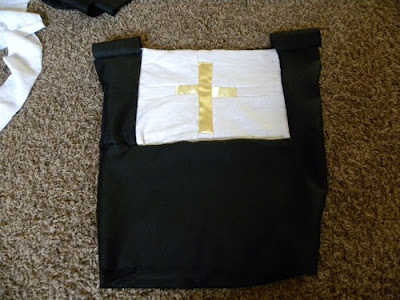 But once I realized that the neck was big enough for me to fit my giant head through I decided we were okay. 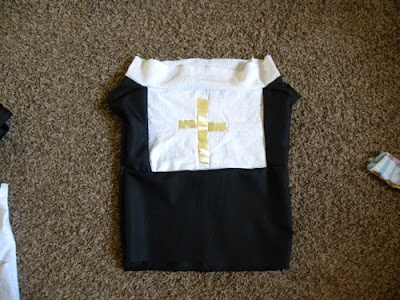 I added satin lining to the inside of the neck and put the elastic in. 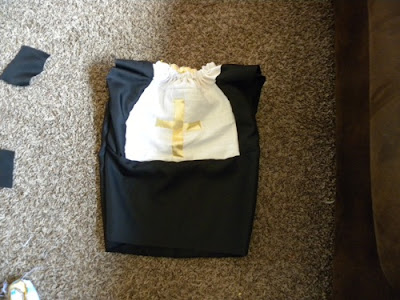 Then late last night I sewed the skirt on (doubled over so that it added thickness). I made it so it should be around calf length. I was afraid if it was too long she'd catch it on everything! 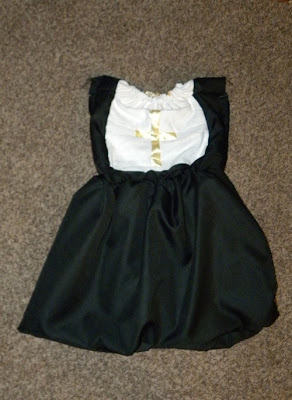 Ta-Dah! I'm pretty happy with the final result. I hope she loves it.
Now I just need to make the habit. I'm making a white snood and then am going to sew the habit over it so that she can run around in it without it flying off. 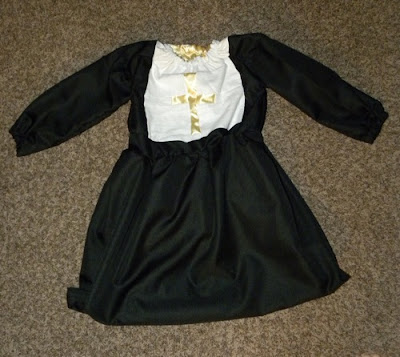