Sadie Frown of the Week: Parents Signing Young Children Up For "Gender Reassignment" 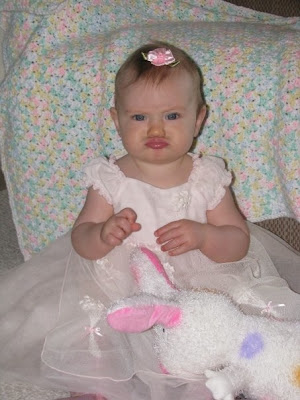 In our world, it's trendy to say a great many things that simply aren't true. It's seen as normal for a mother can enlist a doctor's help in murdering her unborn child. So I guess the sort of control over children's bodies that is being reported in India isn't that far of a stretch. After all, if you can kill your child, why shouldn't you be able sign on the dotted line for a little (major) surgery?
The logic is mind boggling in both cases, and falls apart after anything more than a cursory glance and yet... everyday women kill their children. And according to recent reports, in India, families who feel the pressure to have a boy are signing their small children up for sex change operations. Here's the report:

"...Wealthy parents from Delhi and Mumbai are reportedly flocking to Indore, a city in the centre of India, for the relatively low cost £2,000 treatment to surgically 'correct' their daughters..."

"...Seven genitoplasty experts in Indore boasted each of them had turned 200 to 300 girls into 'boys' so far, with only one being older than 14, the legal age of consent to such an operation..."

As I read more and more articles lately claiming that sexual identity is entirely a social construct (did you hear about the Swedish preschool that banned the words "him" and "her"?), I can't be entirely surprised by this newly reported form of evil. After all, if all that matters is how we're treated, than it shouldn't matter if we're born male or female. Another myth, but a myth that is rather trendy at the moment. This article shows that not only is the logic untrue, it's dangerous.
Wouldn't it be wonderful if every child was welcomed into their mother's arms, regardless of gender, without the risk of being aborted for whatever reason? I have to say, being all of eight weeks pregnant, that I'm already tiring of the "I hope you have a boy" comments I've been getting a couple times each day. That is, apparently, the standard reaction to seeing a woman with two little girls who is pregnant.
I would love to have a boy. I would love to have another girl. But what I'm really praying for is a healthy baby for Sadie and Mae to dote on. Is that really such an odd wish these days? Are we really so desperate to control everything about our bodies and our lives that we're willing to murder our children and mutilate the ones who are allowed to be born?
The main difference I see between India and the US is that in India the families can't have ultrasounds to see if the baby is a girl and abort it. If a family in the US doesn't want another girl, they can find out and have it "taken care of..." After all, it's the mother's body and the mother's "choice." It seems so easy, for some, to forget, or ignore the fact that the body that's ripped apart isn't her body and the life that's lost isn't hers to take.
Posted by Cammie Diane at 11:27 AM