On How Today's Gospel Reading Echoed Through my Day...

All day long the homily from today's Mass kept popping into my head.  Our priest talked about the Gospel reading, which told the story of the man who was born blind.  When Jesus was asked who sinned, this man or his parents, he told them that neither had, that this man was born blind to show the glory of God.

He went on to speak about how in life people are born blind, both literally and spiritually, to demonstrate God's glory in our lives.

And of course, my mind turned instantly to the thoughts that I'd been turning over and over in my head the last few days, to words that I'd been struggling to express, as I thought long and hard about whether or not to sit down and attempt to turn them into a blog post.

I kept coming back to "who am I to write this?"  We have been given our share of challenges to face, but I'm well aware that the challenges could be far steeper, that the price could be much higher.

Besides, I don't talk about the challenges we do face all that much here.  From my posts you might think that Mae has the mildest type of autism imaginable and is barely on the spectrum.  I'm a lot of sunshine and roses, because that's what I'm choosing to focus on.  And in many ways, especially when it's quiet enough in my house to write, that's what stands out, step apart in my days.  The last few years have taught me that I am blessed... so, so very blessed to have a child who is alive and in my arms, to have a child who I can hear laugh and whose tiny arms I can feel thrown around my neck.

When we lost Christian and doctor after doctor told me it was "better this way" because "the baby would have probably had probably had a lot of problems" I wanted to scream.  I wanted to throw things and hit people.  "Give me my child, let us face the problems" I felt like yelling in response to the words that were supposed to make me feel better.

In a way it was easier for me to face the diagnosis because of what came before.  Mae is alive and is quiet possibly the most alive person I've ever met, with her vibrant thirst for life and curiosity and I have learned that life is such a precious and sometimes precariously delicate gift.

On a daily basis she amazes me. 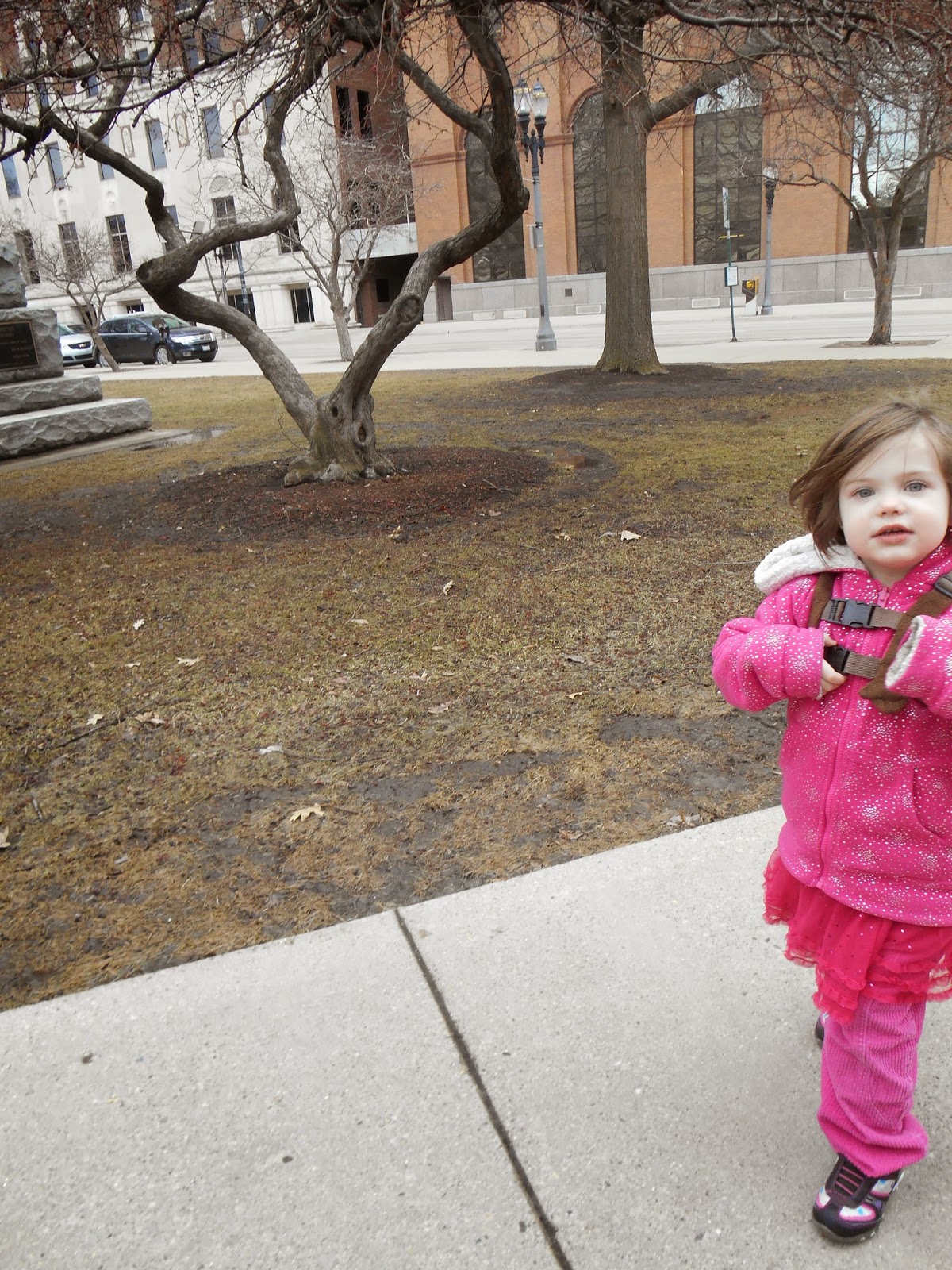 I didn't tell you how after months of requesting a report on her ADOS results after hearing the word "severe" used to describe her diagnosis in a meeting I was finally told that they didn't want to tell me but that her score on the first test was 18.

I don't usually talk about the file that I keep with the results of the many, many tests that have been administered.  Some tell me that for all her amazing determination, developmentally in various areas she was scoring consistently below 18 months back in October when she was 39 months old.

Usually I don't share these particular worries, or talk about the tantrums or the hard days when everything is "off," when every shoe and shirt and dress feel wrong and result in hysterical screaming and kicking.  But today I felt like it was important to start with the harder parts of any given day to show that in my own way I understand a little of the struggles that many others out there face on a day to day basis.

Our lives could be harder... or easier.  But that isn't really the point of this post at all.  That's really just me justifying being able to begin really writing these thoughts down so that they can stop swirling around inside my brain.

In Friday's post I said that if I could I wouldn't cure autism and a great discussion has followed in which I've been interested to read the replies.  I probably should have said much more than I did in the initial post (but for once I was trying to be "quick" in my takes) because while I wouldn't change the way a mind who is "on the spectrum" works and make them "neurotypical" I do wish that I could change the world we live in, that I could make resources more readily available to individuals and families, that I could take away the fear that has been spread that make many people view those with an ASD diagnosis as somehow less than human.  I wish I could eliminate the eugenics mentally that often pops up in discussions of autism and I wish I could wave a wand and cure the many physical ailments that often go hand and hand with autism (the selfish part of me would totally wave away GI problems first!). 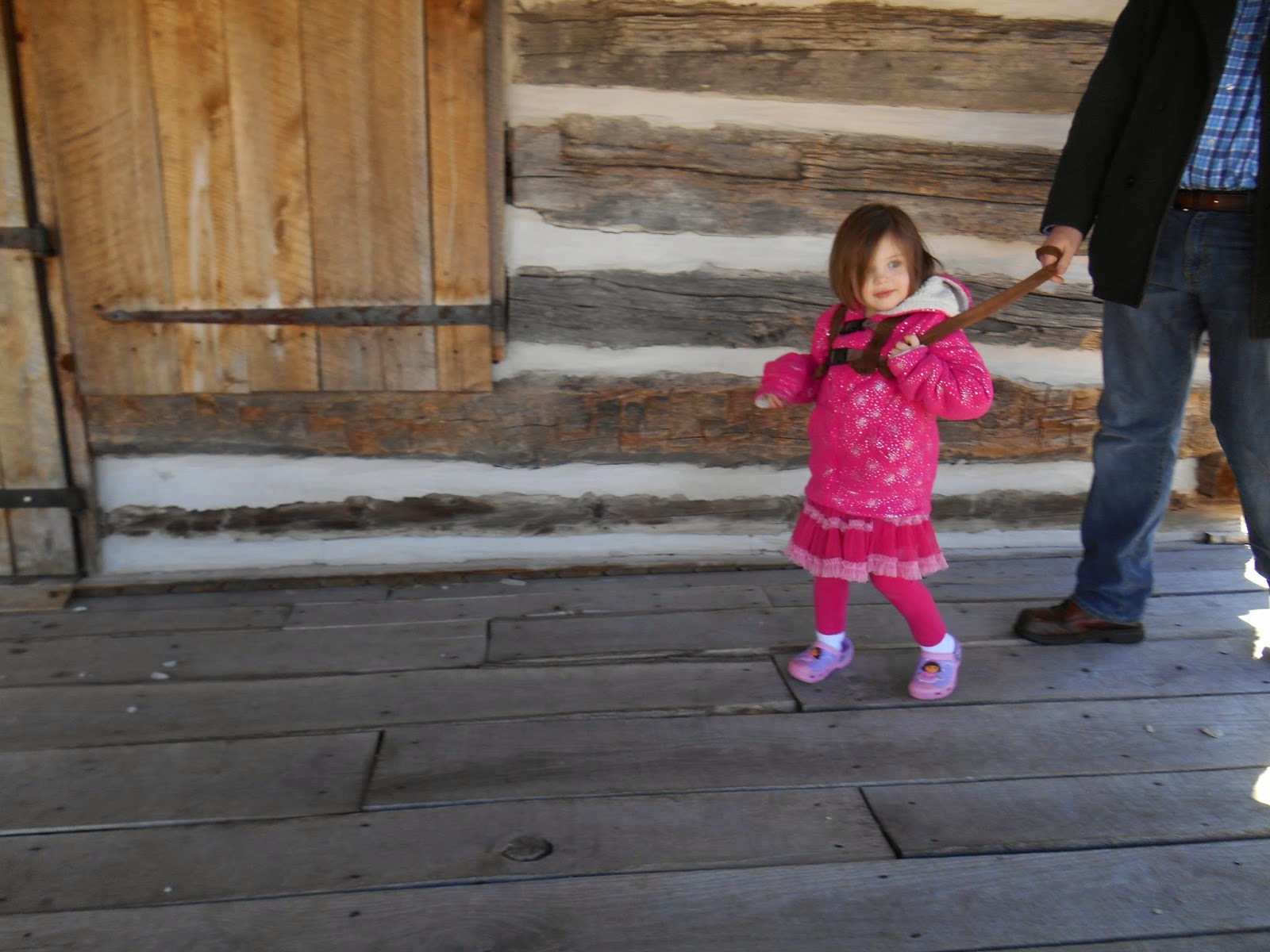 At the same time as I wish for all these things and absolutely advocate for my daughter, I also keep coming back to the power and importance of suffering in our lives.  Each of us has crosses and burdens and challenges.  Seldom can we chose them for ourselves or exchange them for crosses that from a distance seem more attractive and lives that from the outside seem shiny and bright and easy.  Our crosses are our own.  They're ours to take up and shoulder.  And they are how we draw closer to Him who went before us, carrying his own cross to Calvary.

Often God uses our suffering to draw us to Him.  We often realize in our brokenness the importance of grace and faith and relying completely on the one who created us.  In my own life the times when I felt the most small and helpless were the times when I also most strongly felt the presence of God in my life.

Of course a part of me wants ease and happiness for my children.  A part of me can see the shiny appeal of things and houses and being successful as the world defines success.  But another part of me knows though that happiness in this world wasn't what we were made for.  Our souls long for more. we thirst for more, and it is often through suffering and trials that we are drawn in the direction of the one who redeems us.

We live in a world where happiness has been deified and exalted and the sorrows that so often lead to joy are vilified.  Many embrace the idea of a God who has more in common with the modern version of Santa Claus than the actual God who became man and lived among us and was crucified and rose from the dead and defeated death.

I guess one of the reasons I can't imagine a cure for Mae's autism is because I don't think she's broken.  She thinks differently than most of the people in the world.  So do I (actually before her diagnosis if I'd picked which of my kids was the most like me in terms of personality I would have said Maggie, and I'd say the same thing now, post diagnosis).  Maybe I just don't value being "neurotypical" as the ultimate goal of my own existence, or as the ultimate goal for my kids.  Conformity has never been high on my list of desired traits, even if from the outside it can seem to make life chug along more smoothly.

Or maybe it's because at times when I watch her I feel like she sees the world more clearly than many of the people around her who are too busy to pause and take in the beauty and splendor of creation.

It's also because as a parent I know that my main goal isn't to ready her for material success and wealth in this world.  It's to help her become the person that she's meant to be, to help her grow into a woman who will hopefully let God's grace flood her life as she faces trials that are uniquely her own.  My job is to raise alongside her father as best we can and to pray that those hardships which God has allowed are used to glorify Him and draw her closer to His side.
Posted by Cammie Diane at 9:22 PM