My Not-So-Brave Thoughts on Lent this Year

I've been in survival mode lately.

I see people post on Facebok about Lent coming, and about being super excited for Lent and I'll admit, I've kind of wanted to hide under the bed.

You see, I think of Lent and being in the first trimester with morning sickness, while still nursing a kid who started eating solids about three months ago (and thus still nurses a lot) and I find myself spiraling into a sort of overwhelmed wait-isn't-this-Lent-already... isn't the first trimester always kind of like Lent? sort of place that just isn't pretty.

Usually I'm all jazzed up and excited about Lent and Advent and let's-get-these-preparations-for-the-big-party-started... but this year I'm mostly trying really hard not to stare too long in the mirror at what kind of a wimp I feel like right about now.

I should really go back about a month and a half, for this to all make a little more sense (I hope).

These past weeks have been exhausting.  I felt like Maggie was slowly slipping away.  It wasn't making sense.  She would sob when it was time for therapy.  She was up again at night.  A few times I thought we were going to have to take her to the ER because her tummy troubles were flaring up so severely and she was in so much pain.  The teeth grinding had started back up.  She'd cry for two to three hours in the afternoon, sobbing inconsolably, not wanting anyone to touch her. 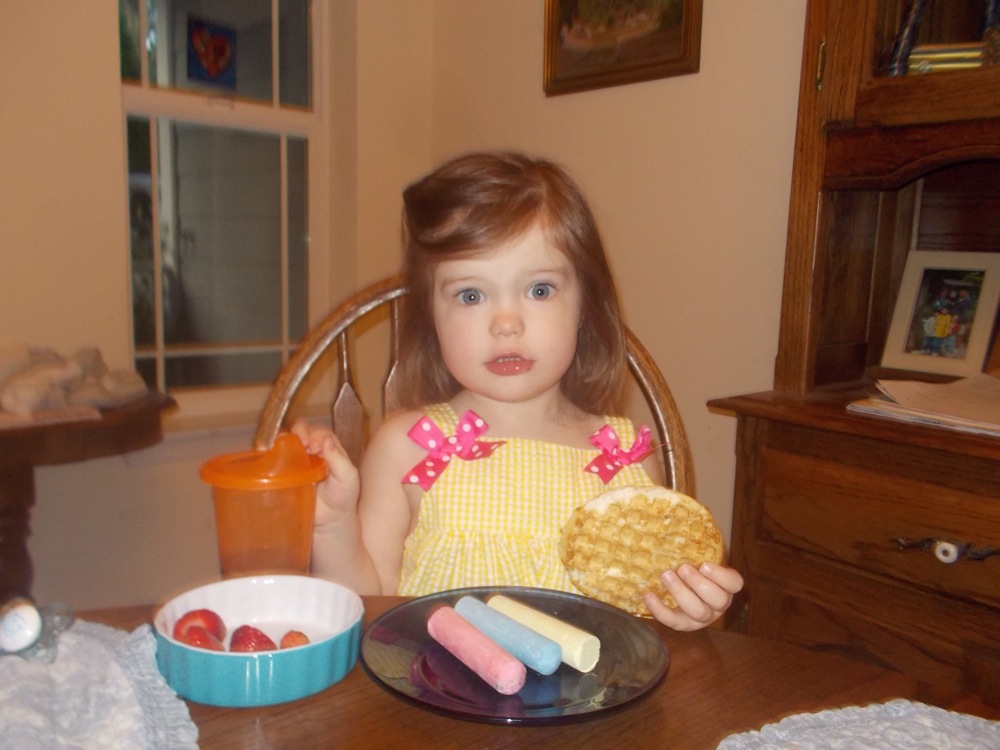 There were bright spots, moments when she'd sing or laugh or tell me that she was a mermaid, but for the most part, I was at my wit's end.  I thought we'd found the answer.  Gluten and casein were the problems.  I'd carefully tested and introduced supplements and vitamins and she'd been thriving.  And then suddenly it stopped.  It wasn't working any more.

Was that just it?  Were the solutions temporary?  Had her body gotten used to them?  Was she always going to have GI problems?

I wracked my mind trying to pinpoint the problem.  I walked around muttering to myself about how she could possibly be getting gluten because this just felt like what she's like when she has gluten, but I just couldn't see how it was happening.

I wondered if I just wasn't handling every day problems as well because of the exhaustion or pregnancy, but really I knew it had to be more than that.  I even lost my patience (pregnant Cammie is not nearly as long suffering when people say stupid things) with a therapist who said that the problem was that I give in too easily to her demands, pointing out that as one of three children that absolutely and positively is not reality.

And then I went upstairs to sew while Paul stayed downstairs during therapy and I heard him say "No, no, don't put that in your mouth.  It will make you sick."  I came charging down the stairs and saw Maggie clutching play dough in her hand and trying to hide behind a chair to eat it.

It's one of her rewards during therapy and she frequently sneaks tiny bites of it.  After seeing her do that Paul picked up a container and saw the small stamped warning.

Did you know that Play Dough (the kind you buy) is made with wheat? I didn't.  I knew that the kind we made when my mom was a preschool teacher was made with wheat flour, but that never really reminded me of the sweet smelling packaged stuff and I just didn't make the connection that the stuff they were bringing in and out for therapy day after day wasn't gluten free.  Honestly I thought it was some concoction of chemicals... but gluten?  The idea that it was wheat never entered my mind.

I felt a little insane, mourning the lost weeks and needless pain she'd gone through while rejoicing that we'd found out what it was.

"That small an amount would effect her?"  People asked me incredulously. 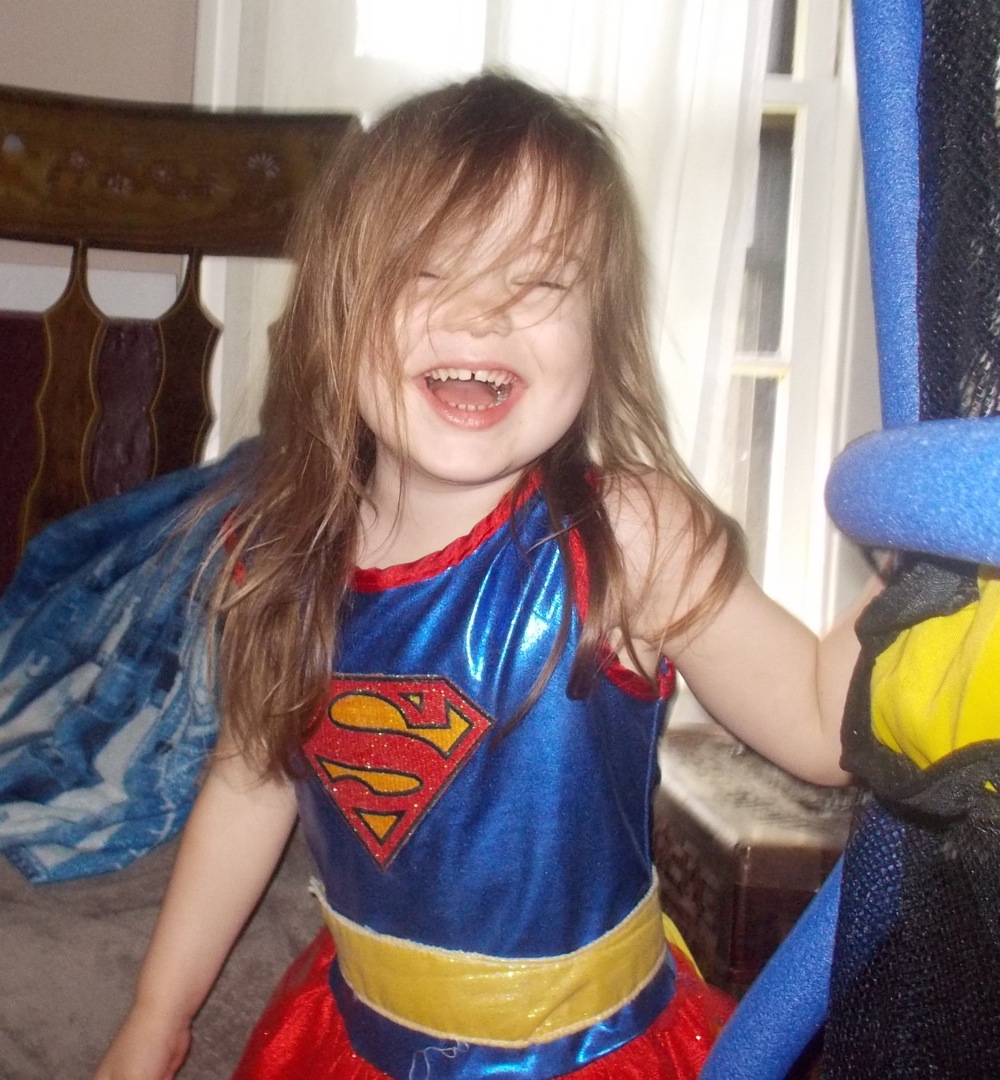 Oh my goodness.  You have no idea.  One bite of breaded fish meant two weeks of hell on earth back in November.  Eating Play Dough six days a week was definitely enough to pretty much grind our entire lives to a place of tears and pain.

It's not better yet, but we're getting there.  We're three days out and already her digestive problems seem to have eased.  She's happier.  She's sleeping again and we haven't had tears in the afternoon for two days.

So maybe I will be ready for Lent... or as ready as I ever am, since even when I think I'm ready, it usually turns out that I'm not.  The preparation that is Lent is always a challenge, and it's usually not the challenge that I expected to face.

Usually I have a list of dozens of things I want to do and a few I want to give up.  Usually it's something dramatic and difficult and time consuming.

This year it will be simpler. Our diets are already extremely restricted (I know it doesn't have to be food, but food is always very, very effective for giving up things since apparently I'm rather food focused).  Sure I'll give up something, although this time it may seem small (I'm thinking of giving up soda, which I usually drink when we go out... not a huge part of my life but something I do enjoy when I have it).  And I'm resolving to pray more, especially refocusing on daily prayers.  Maybe I'll even manage a little more spiritual reading, which will involve slowing down to pick up a book that isn't aimed at the six and under set.

But for the most part I'm just focusing on putting one foot in front of the other and making it to Easter.  It may not be glamour or exciting or pin worthy... but it's my plan.  And at the moment it feels exactly right for me.
Posted by Cammie Diane at 10:22 PM