Pacifiers and Parenting: A Post on One of the Things I Thought I Knew Before I Had Kids 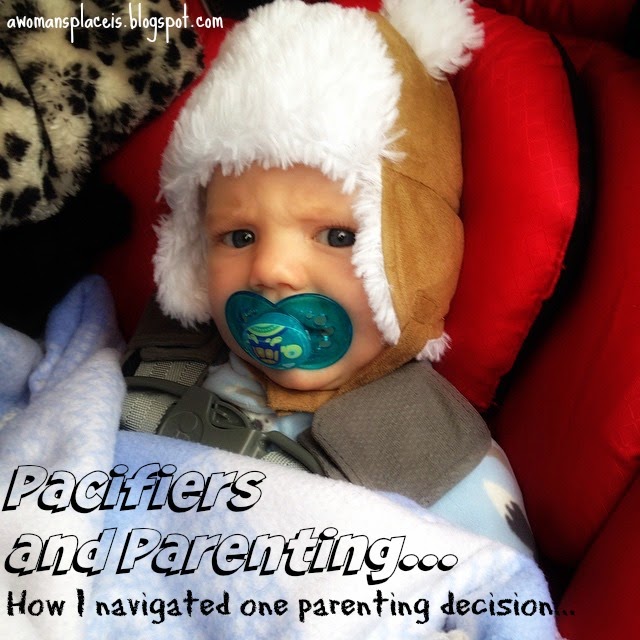 When I was pregnant with Sadie I knew that I would never, ever give one of our babies a pacifier.  It seemed that every book I read was adamant and in agreement that pacifiers were one of the worst possible things that you could possibly do... that giving her a pacifier would destroy her latch and exile me forever from the land of ecological breastfeeding.

Then she was born.

The nurses in the hospital were the first ones to encourage me to give her a pacifier but I was resolute.  We weren't doing pacifiers, I explained.  Sure she did seem to be a baby who comfort nursed just about non-stop, but I could handle it.  It was natural.

Somewhere in the first thirty days, after not sleeping more than an hour for an entire month, the pacifier began to seem like a not-so-horrible alternative.  Sadie was refluxy and miserable, spitting up constantly.  She comfort nursed around the clock.  After a seven hour nursing session, during which she screamed any time I tried to unlatch her my resolve began to waiver.  We went to the store and bought a pacifier and late at night when my eyes were heavy and could hardly stay open I tried to convince her to take it. 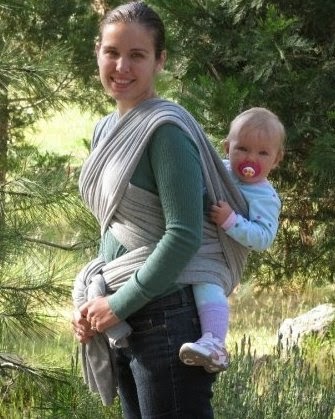 She took the pacifier easily and for the next twelve months it was her close companion.  She still nursed a lot.  I still hardly slept.  But it made life survivable.  She began to refuse to take it after her first birthday and that was the end of her pacifier use.  There were no tantrums or problems getting her to let go.  One day she was done and that was it.

When Mae was born I knew that we would offer her a pacifier and she took it and kept her binkie with her for the next three years.  It kept her out of trouble.  She was and still is a kid who will put any small choke hazard that she had acquired into her mouth and when there was a binkie in it the problem was solved.

When we weaned her off of pacifiers to encourage her to talk more after she began therapy she was fine with not having them as long as they were completely out of sight.  I actually thought that she would still take a pacifier and try to use it up until yesterday when she heard James crying, came over and got a pacifier and gently put it into his mouth.  I sat watching, in awe of what a big girl she's becoming and how much she loves her tiny brother to give him one of her favorite things in the entire world, an object that a year ago she would have been desperate to get her hands on.

Patch refused to take a binkie pretty early on.  I offered them to him plenty of times, but Mae was constantly stealing them out of his mouth whenever he was within arms reach of her and after a while he refused to take them altogether.  Once we discovered his allergy and eliminated it from my diet he was an easy baby.  He nursed when he was hungry and didn't comfort nurse all that often.  He just didn't need a pacifier and that was okay too, so he didn't have one for long. 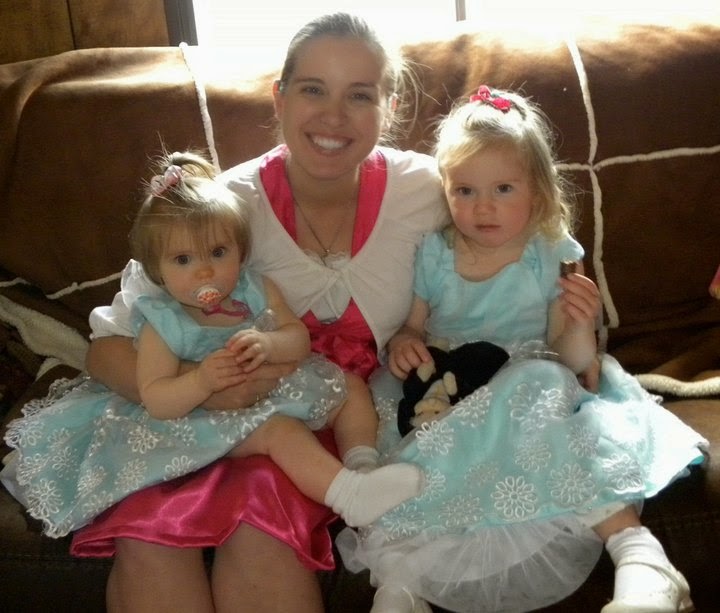 Since James has been born I've given pacifier use a lot of thought.  I've gone over our various experiences in my head.

James started out quite a bit like Sadie.  He screamed like he was in pain all the time when he was just a few weeks old. He had reflux and was throwing up twenty times a day.

This time though, I knew more.  I knew that with all four babies I've had over supply issues with my milk.  While this isn't the worst problem to have, the fact that I basically never run out of milk means that if we have a baby who needs to suck for comfort they'll very quickly become too full and start spitting up.  It becomes a cycle.  Nurse, get overly full, spit up, nurse for comfort, get too full, spit up... rinse, repeat.  It's exhausting and frustrating for both mama and baby.

We realized he had a dairy allergy and cut dairy from my diet but it still wasn't quite doing the trick.  Things were better, but he was still getting too much milk and it was making him throw up... a lot.  He would nurse, spit up everything he'd nursed, nurse again to comfort himself and the cycle would begin again.  He didn't seem to be a fan of pacifiers, so I tried block feeding first (nursing only on one side at a session to limit how much he gets and attempt to decrease supply).  On demand block feeding helped, but it didn't totally solve the problem.  He still wanted to nurse all the time and it was still making him sick. 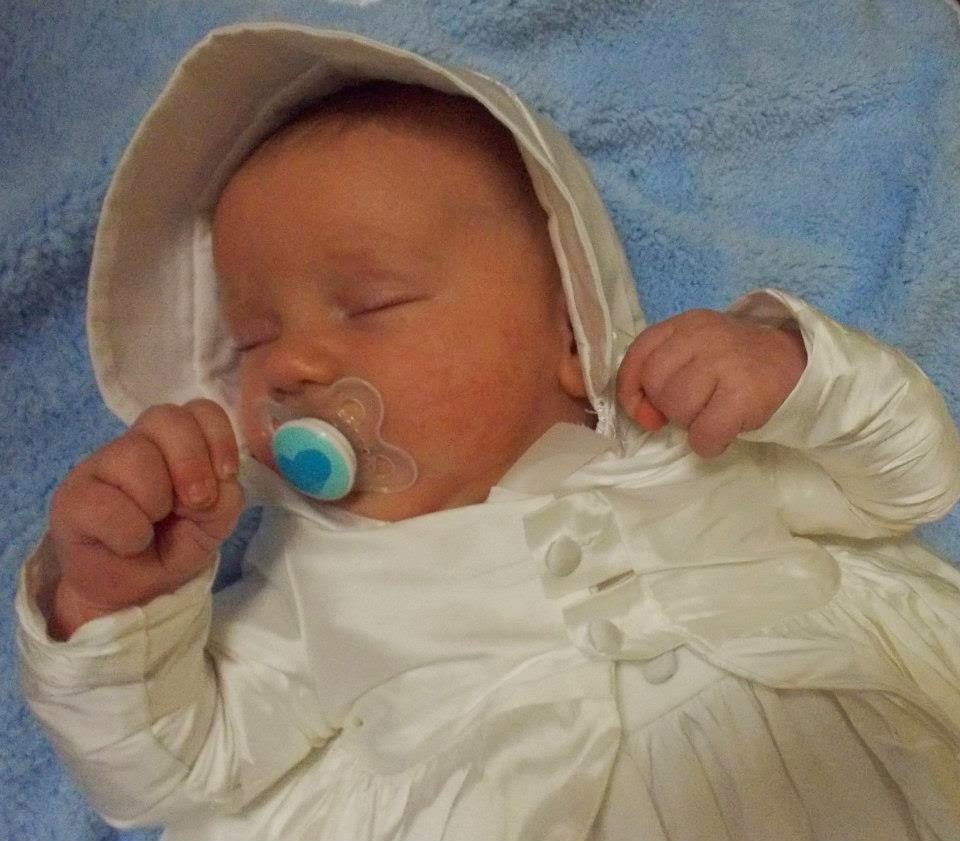 After nursing one day I tried a little hand pump I'd found in the basement, still in it's package, and quickly pumped two ounces in a minute.  While feeling fortunate that he was getting enough milk, the fact that the over supply was still making him grumpy and sick made me want to find another solution.

I started pushing the Binkie.  He'd spit it out and I would pop it back in.  After a few tries he realized that it wasn't all that bad.

My new strategy became offering him a binkie when he cried, when I knew that he had recently been fed, changed and burped.  He began taking the binkie for longer periods of time and he began sleeping seven hour stretches.  He also almost completely stopped spitting up and finally my supply decreased to a not so ridiculous level so that I wasn't in agony all the time (because over supply can really hurt moms too!).

He started smiling more and screaming and arching his back like his stomach was hurting him, less and less.  Days go by now when he doesn't spit up once.  The change has been drastic and rapid. 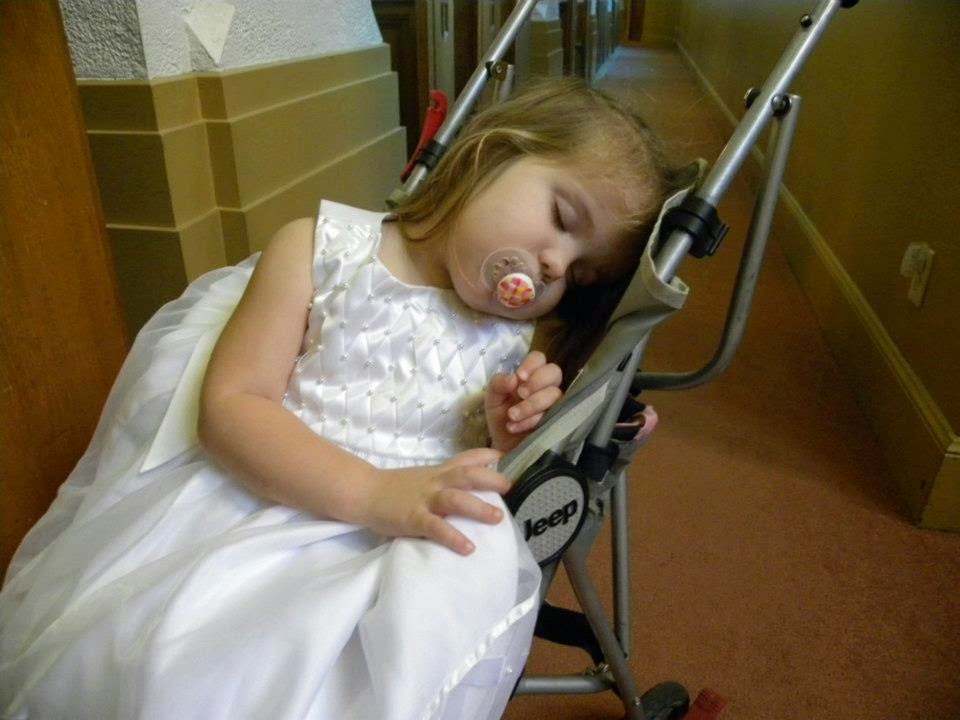 Looking back on all that pressure to not use pacifiers that I felt when I first began learning about motherhood, I can't help feel that all those books and articles that I read as a first time mom over simplified the issue.  They tried to make it into a matter of right and wrong where there was only one choice for every baby that was the correct choice, when in reality that simply isn't the case.  For a baby who's having a hard time latching on and nursing, introducing a pacifier may very likely be a mistake.  But for a mom dealing with the various little nursing issues we've dealt with, it can be a sanity saver and help baby feel better.

And now, a little over sixty months of nursing later, I'm grateful to every one who told me that the world would not end if I gave Sadie a pacifier... because when I finally listened to that advice it led to a happier mom and a happier and healthier baby.
Posted by Cammie Diane at 10:14 PM

Email ThisBlogThis!Share to TwitterShare to FacebookShare to Pinterest
Labels: parenting