What I Wore Sunday

What I Wore Sunday is back!

Our merry band was not only healthy enough to go to Mass this morning, but we also managed to snap a few pictures in the cold before hurrying back into the warmth of the car.

Not everyone was on board with the photographs, however.  Mae was very busy looking at something on the ground.  Or trying to do a somersault out of the stroller.  It can be hard to be certain.

).  But I realized when getting dressed that what I'm wearing doesn't matter all that much these days... because more than anything I'm covered in babies.  A Moby on the front and an Ergo on the back and all that really matters is my skirt and shoes.  Today, and almost every other day, they're my favorite boots

... I finally found a pair of boots that have lasted.  I've had them for almost a year and they haven't worn out.  They're water proof and they stay warm!

Patch has been desperate to get down and run around with all the other toddlers in the narthex. Since we have a no-running-around-during-Mass policy, he was pretty horrified by the unfairness of watching all the other little kids who are allowed to be down.  So we instituted a new policy, that he'd be worn on my back, and after one Mass where he was very upset to learn that he was stuck, he finally gave up and slept for most of Mass today. 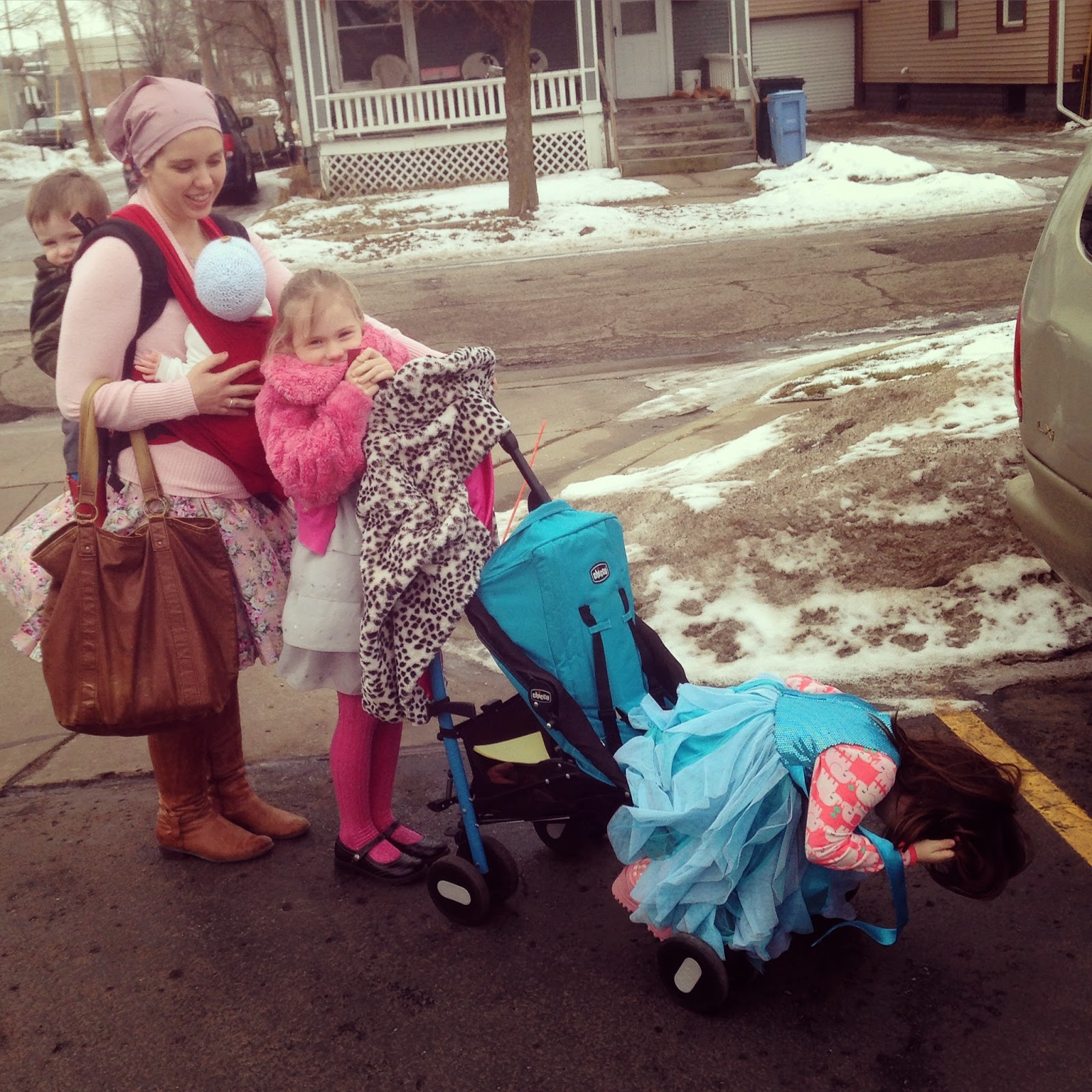 This is what the dress looks like when it isn't covered in a baby wrap and Ergo: 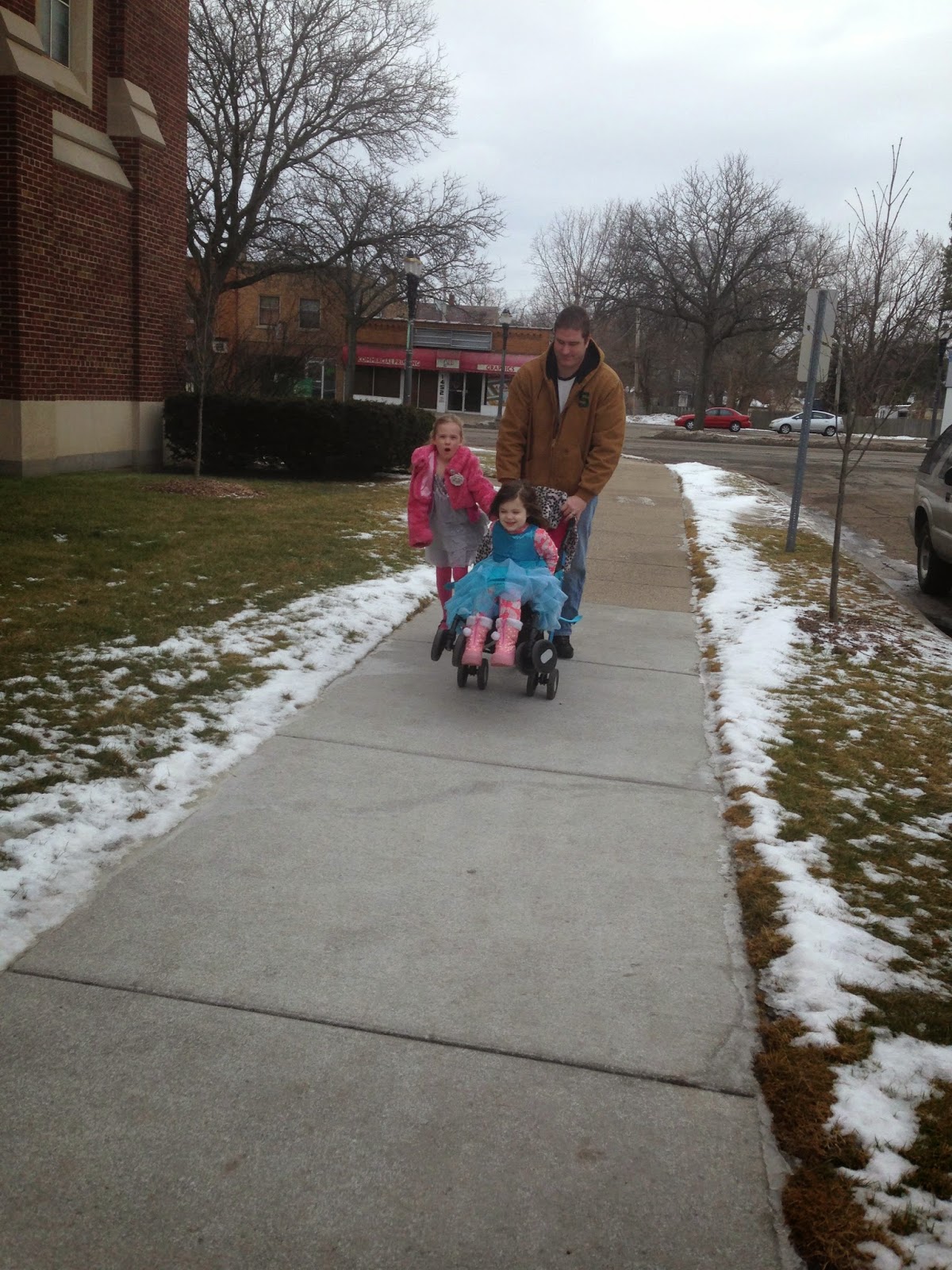 Sadie wore her Christmas dress with a sweater, her fanciest jacket and a pair of bright pink tights.  She's already requested to wear the dress again next week. 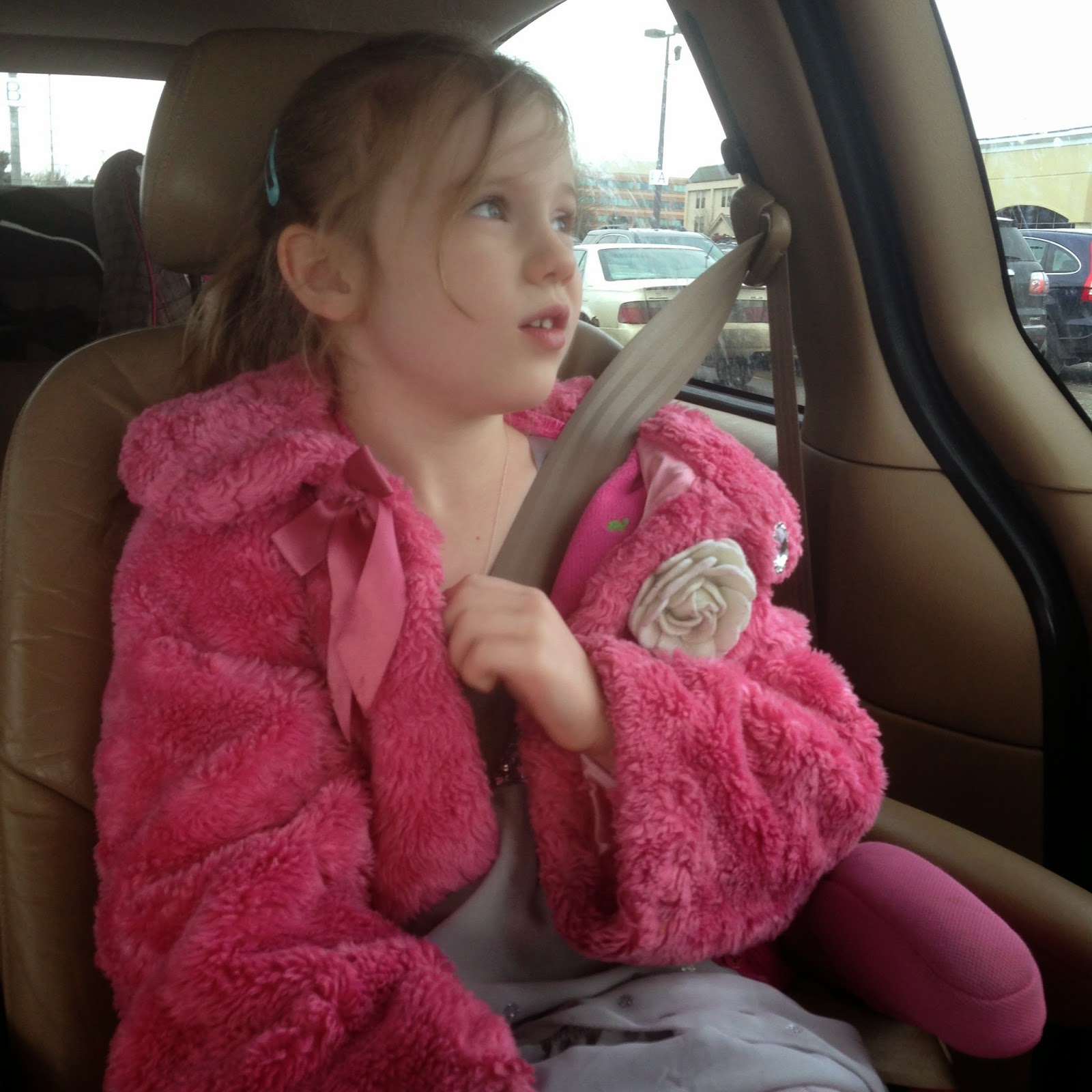 Maggie wore her Christmas dress with her favorite pink elephant sleeper (it was moderately sensory day and it keeps her warm... she's not a fan of putting pants on with her dresses, or tights, but for some reason a sleeper works) and her favorite pink boots. 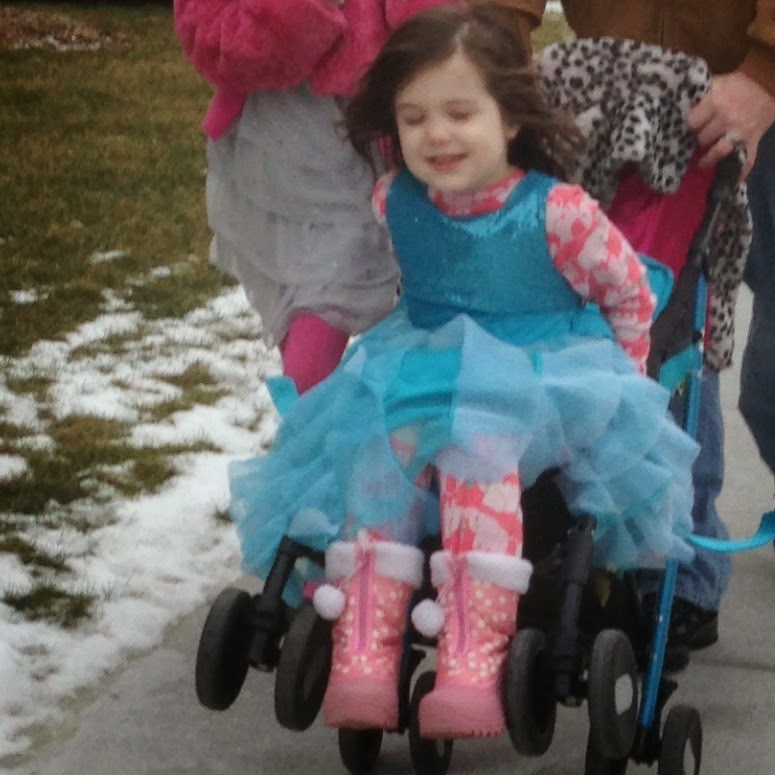 Patch was stylish in his suit.  He's also a total ham whenever he sees a camera. 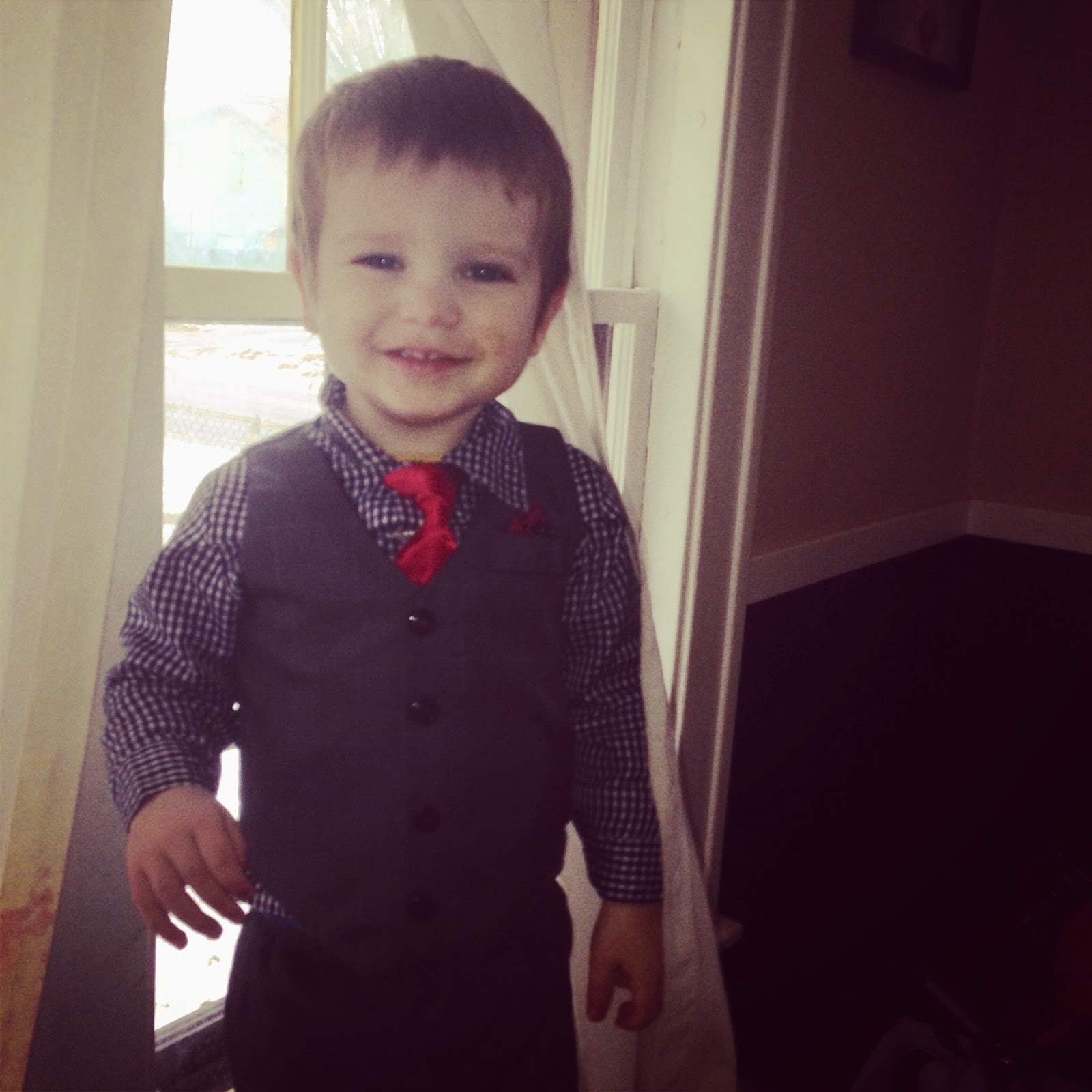 However, when we got home he re-styled his outfit with green plastic clogs and his favorite hat: 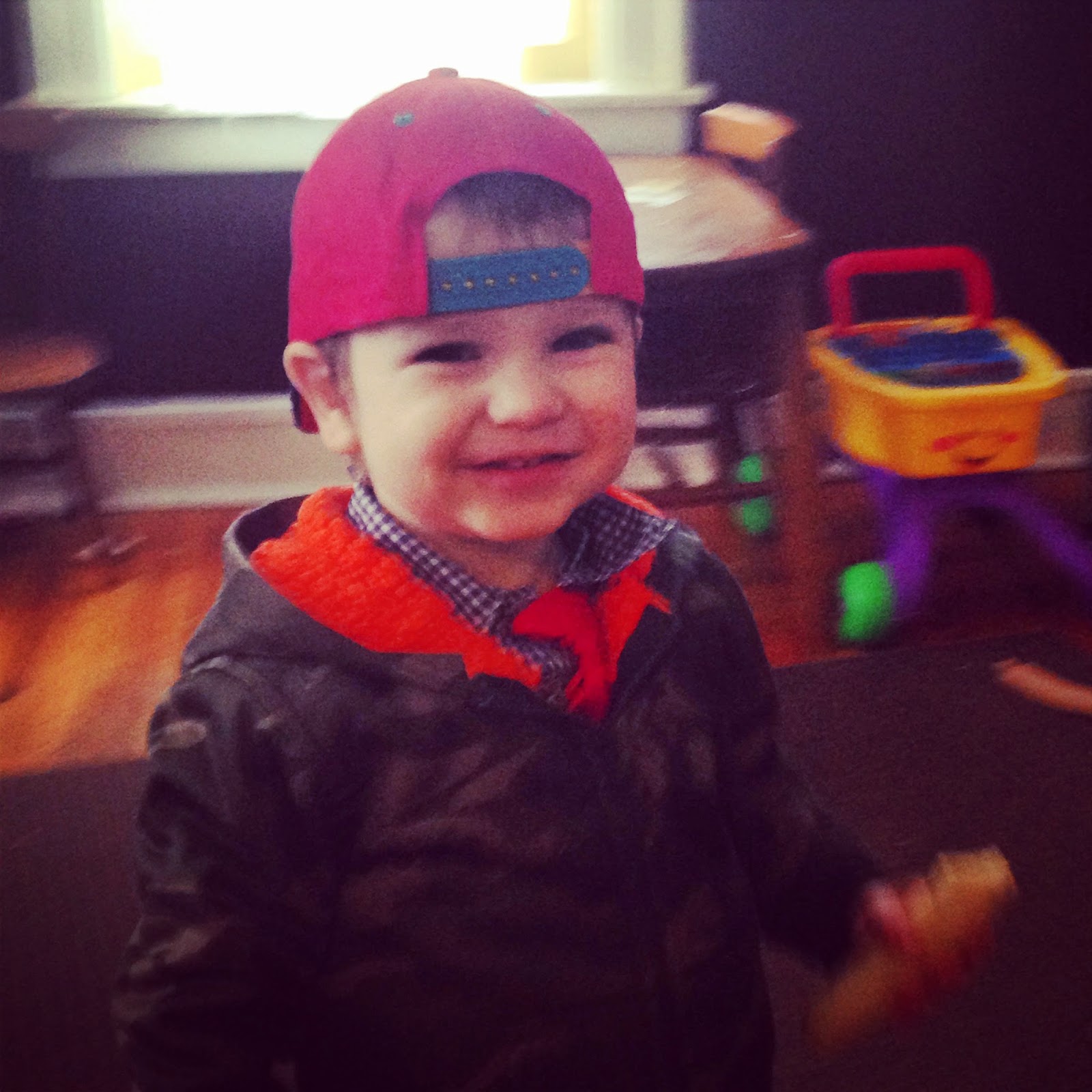 James wore a ducky sleeper picked out by Daddy and his favorite blue hat (made by his Godmother!) 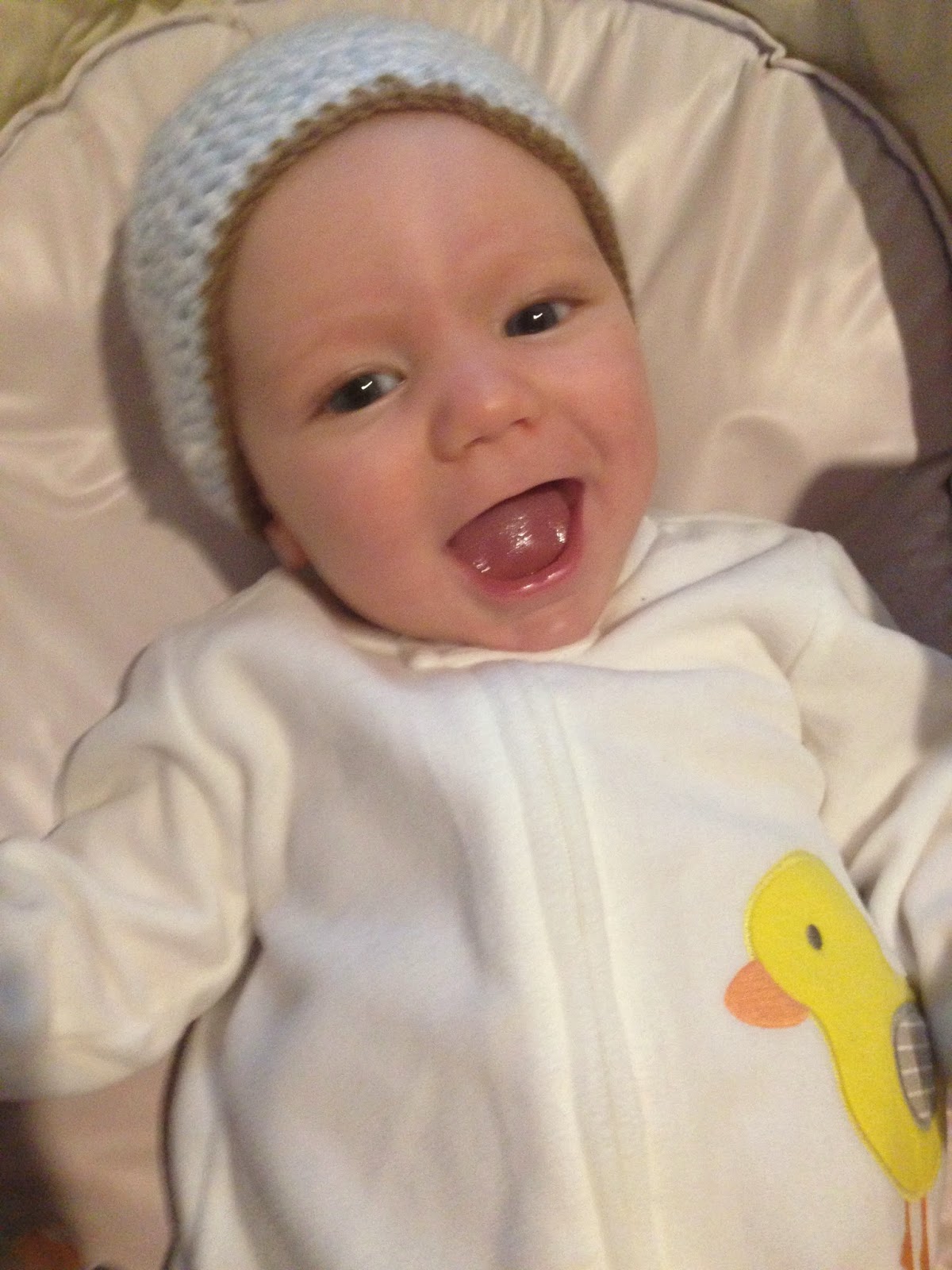 He's also getting pretty smiley whenever he sees the camera! 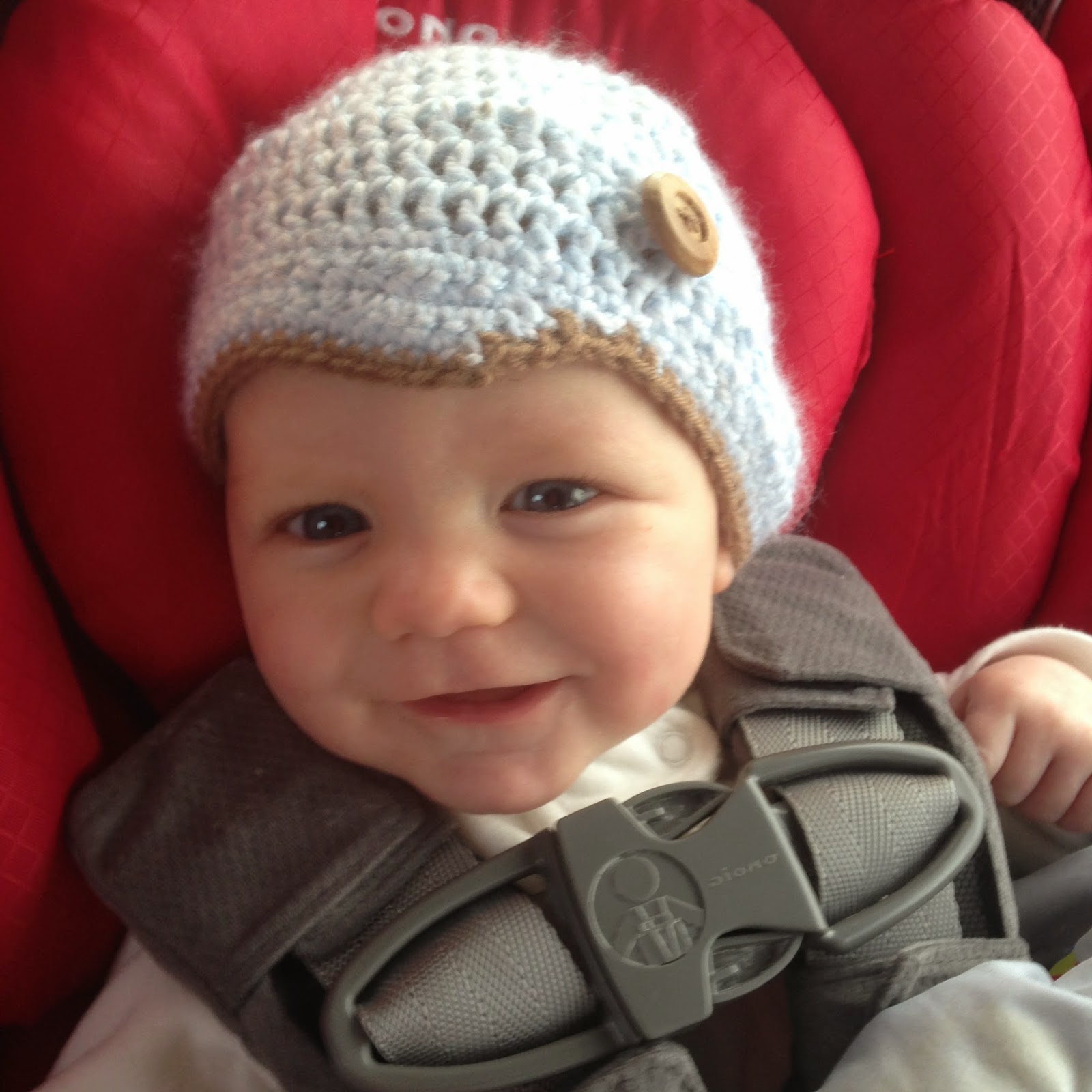 In a line of three easy babies, he might be the most relaxed and easy going! 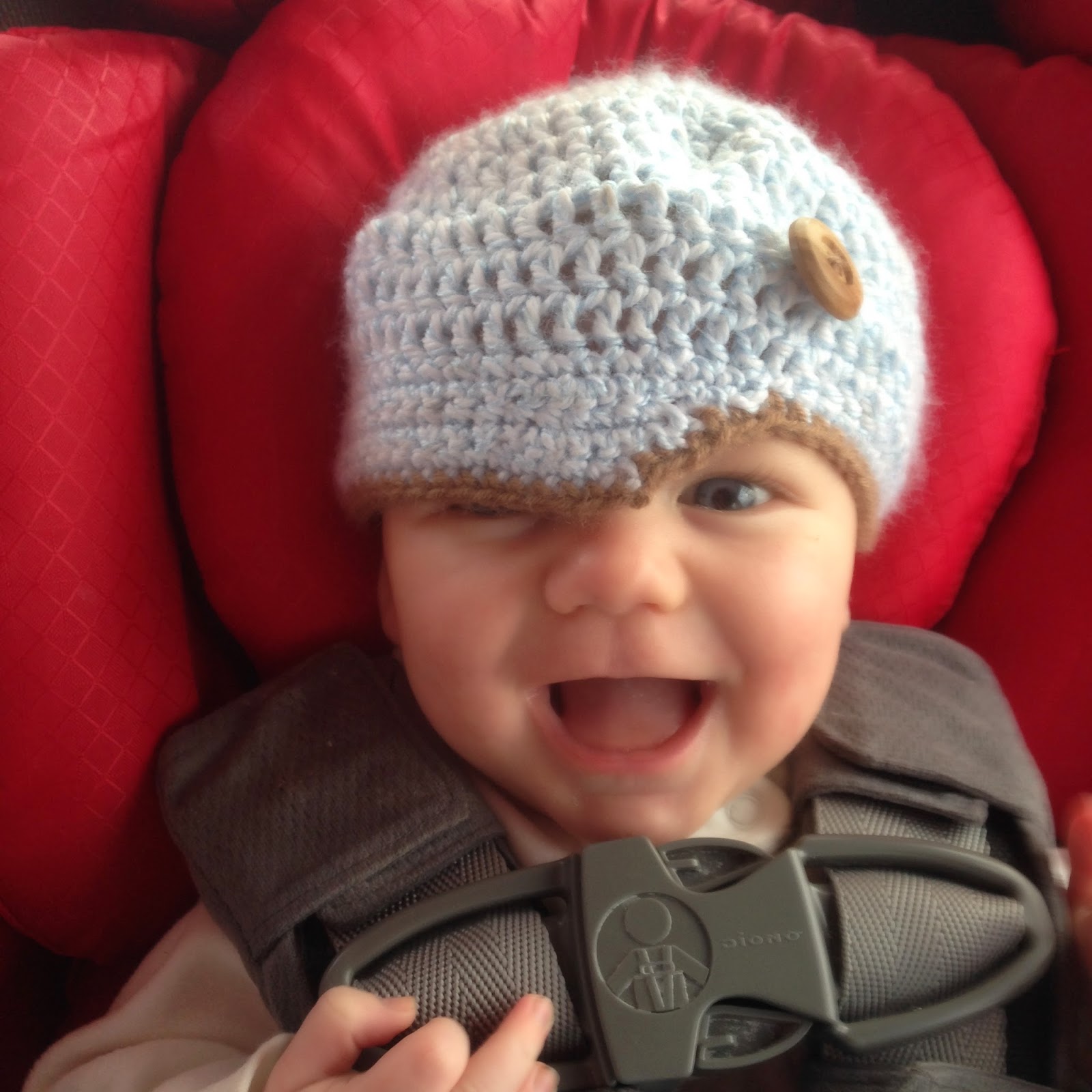 For more WIWS head over to FLAP!
Posted by Cammie Diane at 10:20 PM