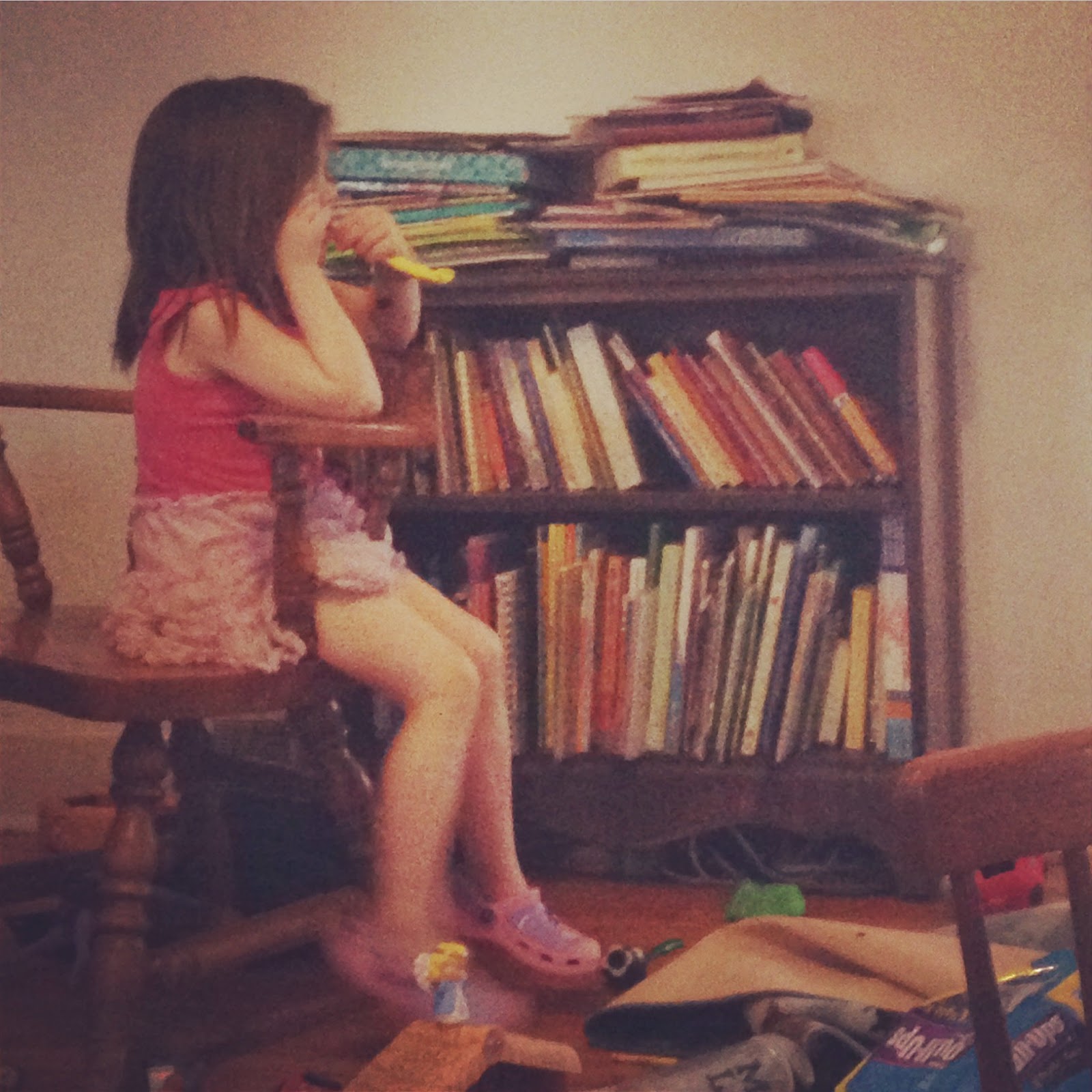 We've had a tough week.

I suspect that some of you out there reading this may have experience with sensory processing issues and a sudden uptick in meltdowns and sudden changes in sleep patterns (in this case suddenly waking up at two a.m. screaming and inconsolable) when there are pressure changes and storms... because I've heard mention of this sort of thing in some of the groups that I'm in and we while weren't spending much time outside before this cold snap hit (so I don't think it's just because we've been cooped up inside), the sudden change in behavior seemed to perfectly coincide with the arrival of the storm.

It's been hard because unlike in the past, when we could remove the cause of discomfort (like with gluten or casein), I can't change the weather (if that is in fact what it is).

The hardest part of all this is that suddenly any sort of instrumental music is (suddenly) clearly physically painful for her.  After bursting into tears any time there's been any sort of music, she ran over to me a little before five tonight after her sister had asked if she could watch Cinderella, and brought me her sleeper and made it clear that she wanted me to help her get changed and then took my hand and led me to the staircase, because she wanted to go upstairs rather than hear the sound track to the movie, even though she was a room away.

Even upstairs we could just barely hear the music come on and the tears were about to flow when I started to sing a song about rainbows that we used to sing when I was in preschool and with a great effort she sniffled and started to repeat part of the song after me, finally smiling and joining in the fun. 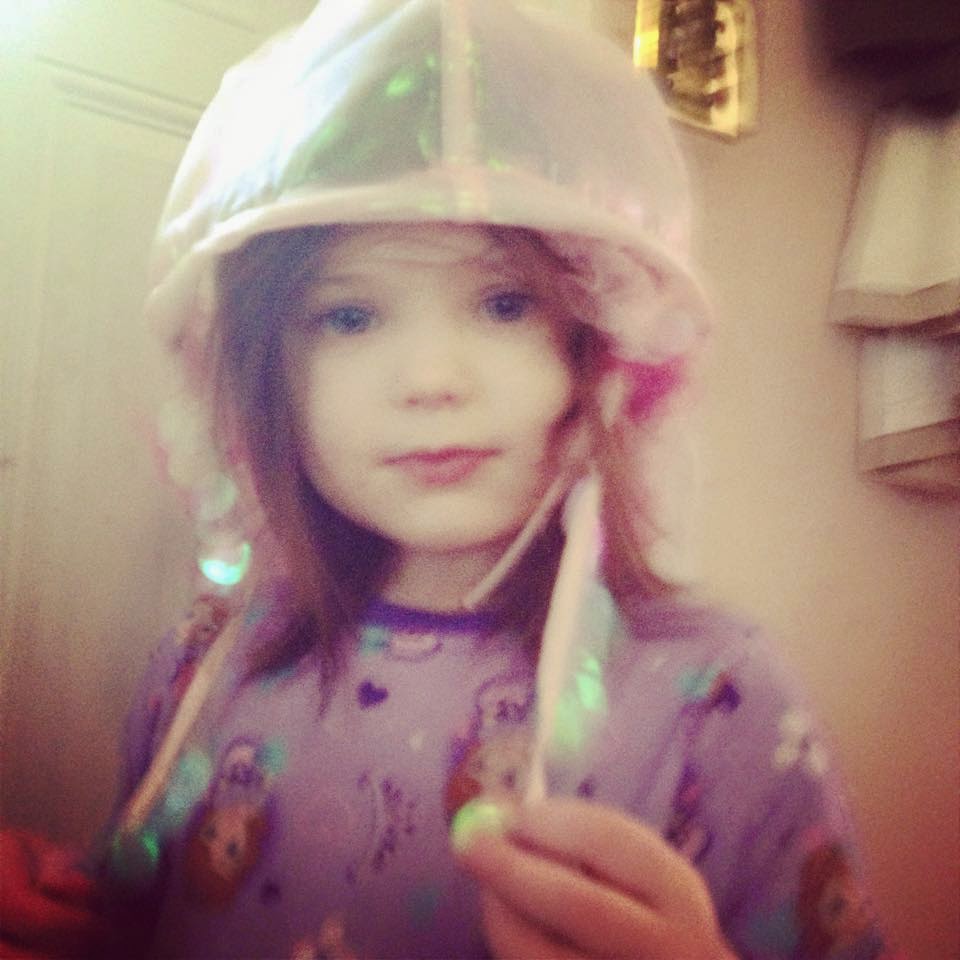 Instruments are not okay, but voices, human voices, are the best thing ever.  She's been singing Twinkle, Twinkle Little Star and brought over a little stuffed spider to show me that she wanted me to sing The Itsy Bitsy Spider for her while she danced around the living room, holding the spider and saying the word "Ba-la-rin!  Ba-la-rin!" (ballerina, ballerina) over and over again, quietly to herself.  And the rainbow song that I sang to help calm her down is a new favorite as well.

It's been a roller coaster of a week.  Thankfully, alongside the low points, those moments filled with tears because she heard overheard a song, there are high points as well.

This morning I held her on my lap and she pointed out the different colors on the stripes on her sister's sheets.  Earlier in the week I gave her a paint brush and a cup of water and she painted "grapes" on the window and asked me to write the letter M by taking my finger, dipping it in water and holding it up to the glass and saying "M for Mermaid!  M for Mermaid!"

Tonight, we walked upstairs after changing into her sleeper, and she tucked herself into a little cubby behind her sister's bed, wrapped in her sister's favorite blanket.  She took my hand in her little hand and intently studied it, wiggling her fingers back and forth while pressing on my joints and saying "Bones.  Bones."

A few minutes later I went downstairs to get her a snack, and by the time I walked back upstairs she was sound asleep in her little safe spot, finally exhausted and asleep after a long day.

I think noise canceling headphones may be in order (if we can get her to wear them).  And I hope whatever it is that's making her so uncomfortable passes quickly...  I hate this helpless feeling when it comes to making her feel better.
Posted by Cammie Diane at 11:55 PM