Sometimes we need to step away... 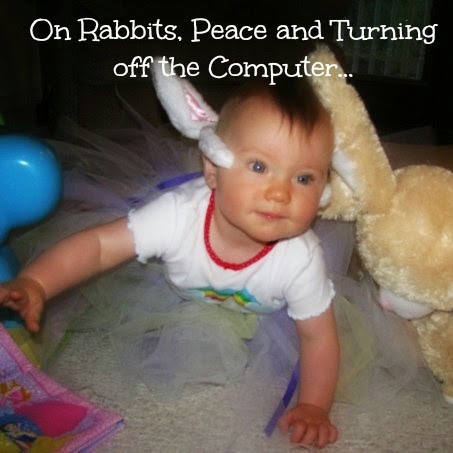 I was reminded today, for the first time in a long while, of my resolution to avoid any and all news reports about, transcripts of interviews with, and non-encyclical writings by our current pontiff.

Maybe, at some future date, when I'm not filled with hormones and deprived of enough sleep to look at these things from all angles I will again start pouring over every Catholic news source I come across again (oh and time, that would involve having time too).  Until then though it's best that I, for the most part, avoid all reports, both secular and Catholic, on what he said this time, when he had a few hours in a plane and was surrounded by a bunch of reporters ready to pen their next story.

The story of the week though, which is being summed by secular news sources as "Pope tells Catholics to Stop Breeding like Rabbits" was impossible to ignore without completely cutting of my internet connection.  It was everywhere.  My friends were talking about it, posting links, debating it across social media... and my curiosity got the better of me when I saw that he'd talked about a woman having too many C-sections.

I have to admit that my first reaction, upon reading the remarks was entirely selfish.

Oh great.  I couldn't help but think.  Here we go.  If I'm ever blessed enough to announce another pregnancy I'm going to hear comments of the "Don't you know the Pope said you don't have to breed like rabbits any more" variety along with the regular "Don't you know what causes that?" zingers. 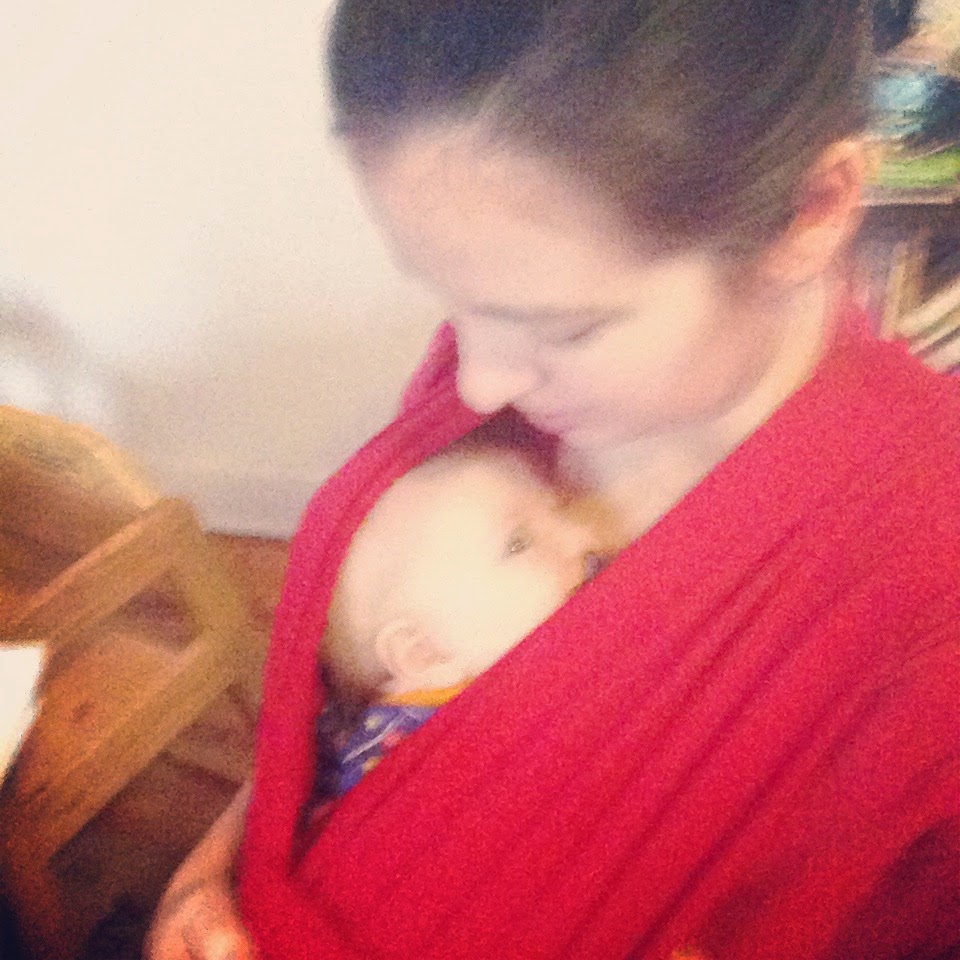 My second thought was that those comments would likely be accompanied by musings about the state of my uterus.  Who cares that my doctor says I have hardly any scarring from the last four surgeries and that everything looks good.  I have already gotten comments about how "dangerous" having four C-sections is, despite the fact that I've been given the green light by my surgeon after every single birth and things look great.  Given the comments I've heard in the past, combined with the story example the Pope gave of irresponsible motherhood, I couldn't help but feel kind of depressed as Pope story after Pope story popped up in my news feed.

Paul made a comment about how remarks about the number of C-sections wouldn't be all that different from what we've already heard.  "After all, remember that time when (family member's name redacted for their privacy... or something...) told you at your cousin's wedding that your uterus was going to fall. out. of. your. body. if you had four?" (We'd only had two at that point.  Mae was a couple months old.).  That comment didn't make me feel all that much better... although I did chuckle a bit at the absurdity of the memory.

Someone, somewhere pointed out that those sorts of comments are a great opportunity to evangelize, but I'll admit, all I really think when I hear that is, "I know that I get some of my best evangelizing done when my kids are in the checkout line at the grocery store and a complete stranger says something rude to me about my sex life, while one toddler is trying to pilfer candy off of the candy rack while another child is on the verge of a complete meltdown because groceries have taken far too long and I won't let her eat a banana until we've paid for it, and the baby is starting to fuss because he desperately needs to nurse." 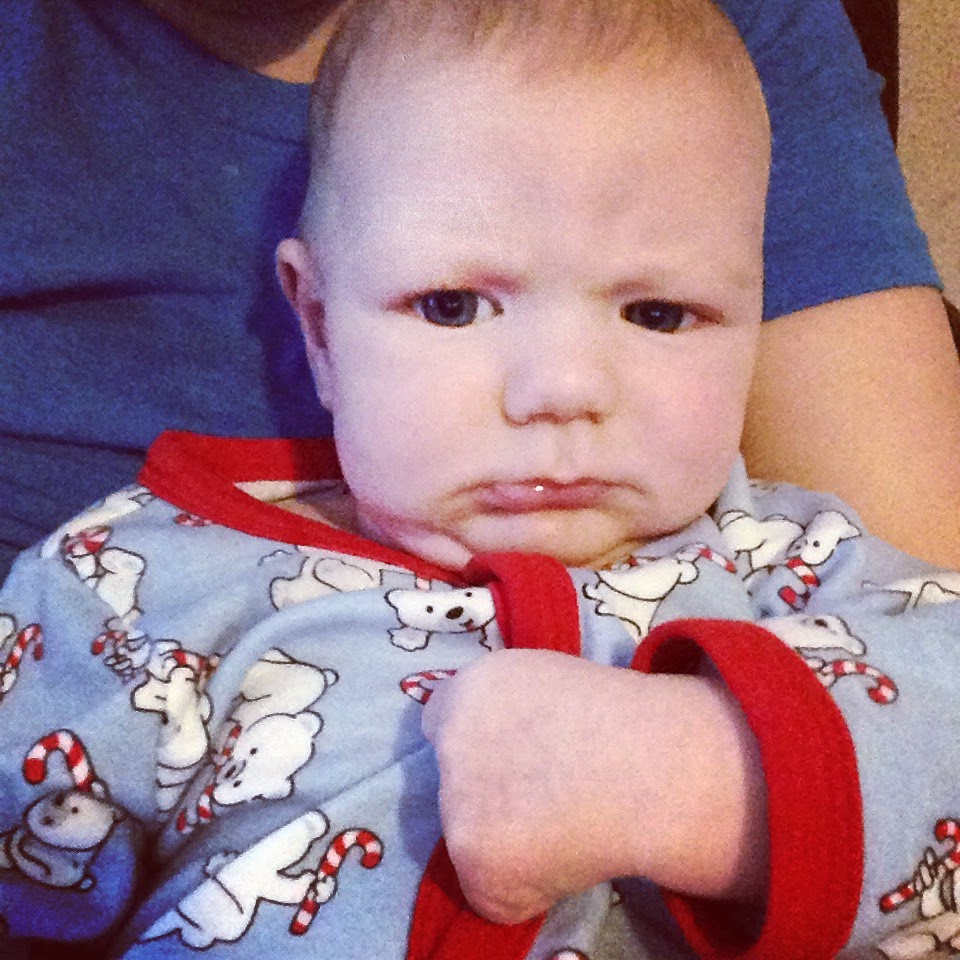 I'm lucky if I can put two words together to form a coherent thought in those moments, much less defend the beauty of welcoming another child into our family.  Unless not having a nervous breakdown is evangelizing.  In which case, I win the day.

I saw a lot of posts that reminded me that what he said "was technically right" and that "the likelihood that it's going to be used as ammunition against large families for ever and ever and ever is less the fault of the Pope than it is of the fallen world that we live in" (totally true, but cold comfort) but even reading through the transcript didn't help me shake the terrible sadness I felt from everything that I was reading.

I read this article on First Things and thought it summed up one of my worries really well.  And Taylor Marshall's take was one of the most interesting things I read all day.

I don't want to give the wrong impression.  I think that the Pope is an amazing man.  I think that he's a good man.  I just sometimes wish that his words were a little less easy to fire at Catholics trying to live the faith like live ammunition.

We live in an age when we're used to almost instant information and sometimes we think we need to absorb all this information that is so easily accessible, just waiting at our finger tips.  But really, when that information is being twisted and jumbled and when it begins to steal our peace... it may be time to prayerfully turn away and make a deal with yourself that goes something like "if it makes it into an encyclical, I'll read it... but off the cuff remarks are just too confusing to take in."

Although I'm kind of glad that I at least read a few pieces on this most recent interview... so that I know where the shots are coming from if someday I am expecting again and someone tells me we really don't need to have any more because, haven't you heard, the Pope says you don't have to be like rabbits anymore.
Posted by Cammie Diane at 7:28 PM