I'm in a cheerful Easter mood tonight! It may be, at least in small part, the rush of caffeine from having a soda for the first time in some forty-six days (at least that accounts for the silliness). So I thought I'd share a few photos that were snapped around here this past week.
One of the most popular pass times on rainy days is baths in the "big" (it's really all relative in a mobile home!) bathtub in the master bathroom. One of the girls is more than a little wild every time she gets in the bath. And if you guessed the toddler, you'd be wrong. Sadie plays nicely: 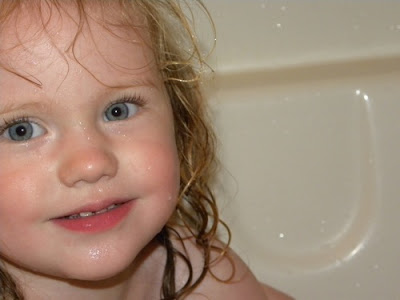 Maggie is fearless. She slides around like a baby seal. She splashes everyone. And while she may look shocked that she's so wet in this picture it is, she is actually the one who does 99% of the splashing! 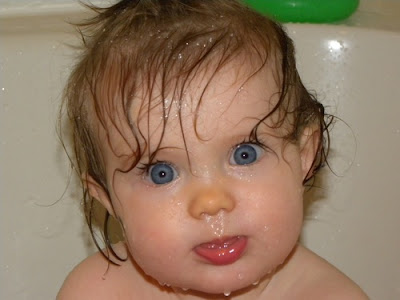 This may explain why Sadie had so many timeouts today. It wasn't yet Easter when Sadie decorated these cupcakes and yet she'd already managed to convince various adults to give her chocolate, a cake egg and then these cupcakes... It was pretty much inevitable at that point that the time outs would just start rolling in... 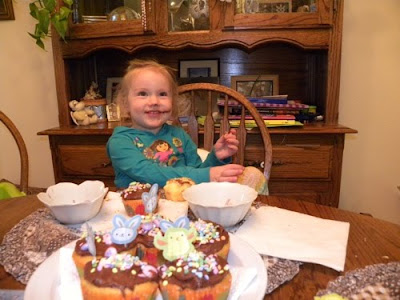 Mae Bae and one of the Binks... begging for a cupcake... and wishing she were two so that she could have a cupcake of her own... 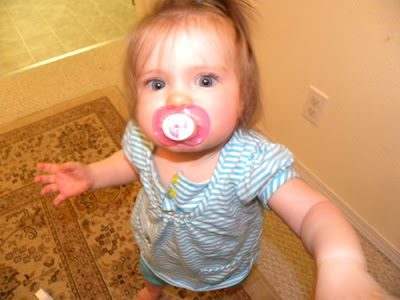 And then I joined in the silliness. That is a baby mouth mark on my shoulder (because moments before Maggie was dancing around the room with me) while Sadie demanded I sing every verse to Waltzing Matilda and the moment I finished (or tried to sit down) would say "Again! Again!" Sadie's also taken to singing the song herself, and has come up with her own interesting versions of the words. The whole reason we started dancing around to this song a while back was because the keyboard we have plays it automatically and now it has become a baby/toddler favorite. 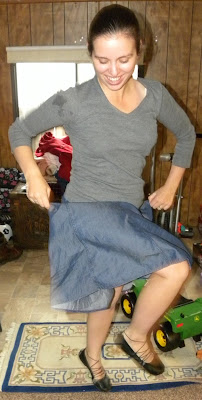 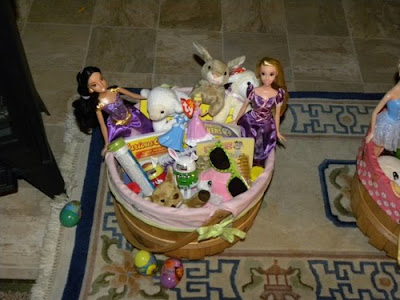 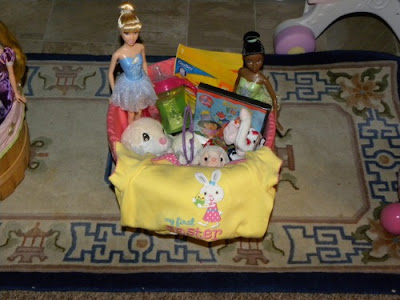 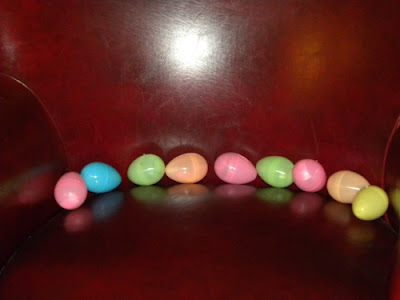 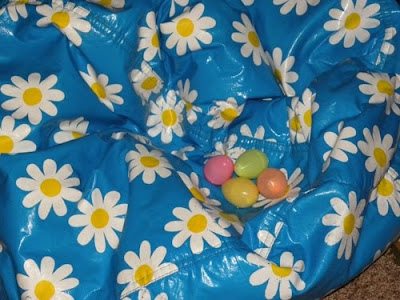 I hope you all have a wonderful Easter!
Posted by Cammie Diane at 1:19 AM