Survey Question: Would You Tell Your Wife The Meal She Cooked Looked Disgusting?

Paul and I are having a little disagreement (and you can vote on it at the right hand side at the top of the page for the next couple of days). I had just finished cooking a big lunch (because he works early today lunch is our main meal as a family today) and was in the process of serving it when I heard him say "This looks disgusting!"
As it was it was an experimental dish that I was nervous about serving. And we can't say for certain whether the tears that welled up in my eyes were the result of the onion I'd been slicing or the comment...
He looked like he was undergoing torture as he prepared to take the first bite... then he did it and... after a pause admitted that it was really very good (he might have said delicious), followed by "but it still looks disgusting."
Needless to say, Sadie didn't eat hers (hmmmm... I wonder why....).
I finally pointed out that saying that lunch looks disgusting was rude. He disagreed and thought it was a perfectly fine thing to say...
And then, he was so certain that he was right, that he agreed to this poll on my blog. So, what do you think? Do you think it's a good idea for a husband to tell his wife that the meal she's just spent quite a bit of time making (it was a quinoa vegetable dish and I am planning on writing up the recipe to share here because it is very tasty!)?
And Paul's "question" is to ask for responses to the pictures which he snapped. Here they are (I took a few, and he decided they showed the dish in an overly flattering light, so the first two pictures here are his...): 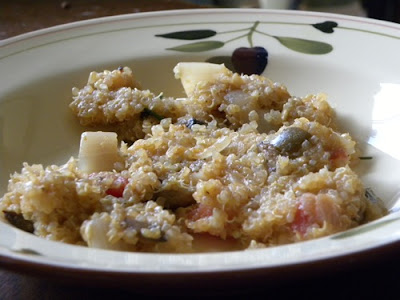 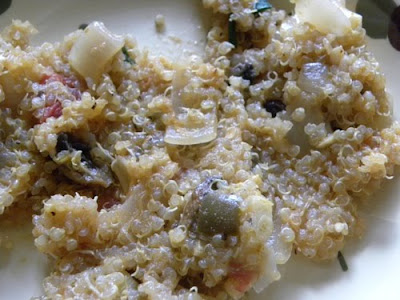 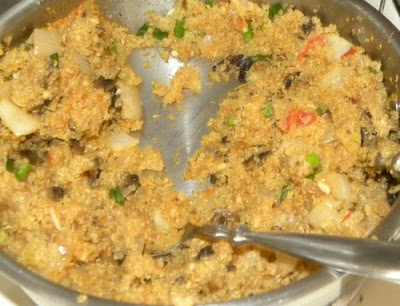