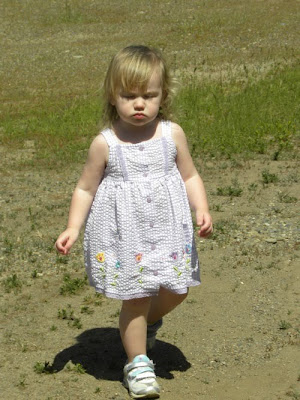 This weeks Sadie Frown just won't end...
If you haven't heard about what is going on with certain companies that are being accused of using aborted fetal cells in their flavor development (via biotech company Senomyx) then you might want to hop on over and check this post out (followed by Pepsi and Nestle's responses here). After receiving Kraft's response last night, I knew that I had to write (at least) one more post. It began, in my head as we were getting ready for an after dinner walk, in the form of a letter to Kraft...
Dear Kraft,

You need to fire your Public Relations team. Or send them all to classes with... the Pepsi and Nestle Public Relations people (because at least Pepsi addressed most of my concerns and Nestle seems to have the brains to wait and see where this is going [I think maybe realize that "a closed mouth gathers no foot..."] If you aren't going to go Campbell's route and actually stop doing something this disgusting these are two other routes that might work better than the one you've chosen...).
You see, last night, I received this response from your company:

"I’m glad that you took the time to contact Kraft Foods. We understand and appreciate your concerns regarding Kraft and its affiliation with Senomyx.

Our highest priority is the safety and quality of our products and the safety of our consumers. All of the flavors we use are approved and deemed safe for food use by regulatory agencies, including the FDA. Our collaboration with Senomyx is to discover novel ingredients that positively impact food flavors, similar to what already is being widely used in foods and beverages today."

Now let's look at what isn't in this response. #1) You don't deny using this technology. You just say that what they are doing is legal and that your only concern is for the safety of your consumers. In other words, you don't care if it involves the dead bodies of babies... as long as the people who are forking over the cash aren't harmed by it, you think that that is enough.
I'm glad you are concerned with safety. I wish you were a tiny bit concerned with um... evil... too.
Then there's the second thing that stands out in this note: "Our collaboration with Senomyx is to discover novel ingredients that positively impact food flavors, similar to what already is being widely used in foods and beverages today."
Where to begin? Is the excuse, "it's okay because everyone else is dong it?" Or, "it's okay because it's helping us sell products?" Or "it's okay to use dead aborted babies in our research because it helps up come up with novel new ingredients?" Or all three?
Now, I don't know about you, but this logic is as deeply disturbing as it is flawed. And it makes me wonder what your company would do to make a buck. Apparently anything that doesn't upset the people who buy your product.
The problem is, what your doing is evil and, as words spreads (your own words) it is going to upset consumers.
Our family isn't going to be buying Kraft until you pull your heads out of the sand and recognize that what you're doing is incredibly evil (and stop). I hope others who read this do the same and spread the word about Kraft's "research" practices.
Posted by Cammie Diane at 11:56 AM