Sneak Preview of the New Place

I found my camera connection cable, but now I can't find my camera's charger (it was just here a few days ago... If only I could remember where I saw it!). So I snapped three pictures last night with my computer. They aren't great. But you can kind of see the living room in a dimly light, crooked sort of way. The other thing you can see is that I've discovered one thing I can do that doesn't take too much work and that requires lots of sitting on the couch. It is:

And so, my picture frame obsession expands. The wall actually has nearly twice as many pictures on it now as it did in this picture. Thank goodness for super cheap picture frames (the ones I picked up recently to supplement the ones I already had were almost entirely between .97 and $3.00. 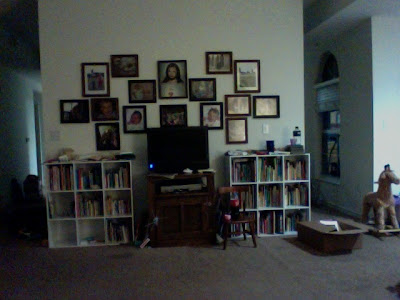 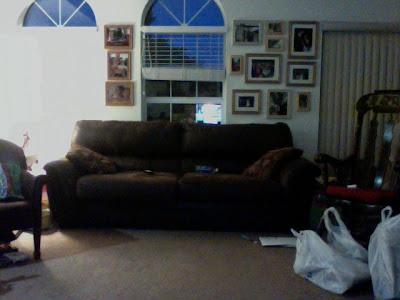 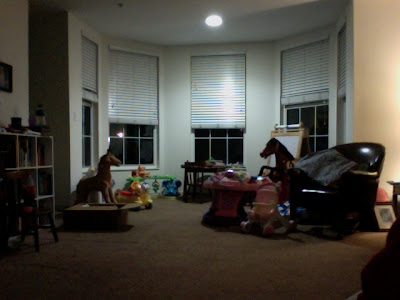 And after looking at these pictures here I've realized that I really, really need to find my camera charger (without losing the cord or the camera itself. I will be so relieved when we've finally finished unpacking (hopefully it's in the next couple of weeks...).
Posted by Cammie Diane at 7:04 AM