This morning we made the trek across town to talk to the mortgage broker.  He gave us a ton of information and the name of a real estate agent who he suggests for the types of houses we're looking at.  He also suggested we look into the houses in the $30,000 range, because there are quite a few owned and renovated by the county that are turn key and move in ready.  And our mortgage, including insurance and taxes would still be less than half of what our rent is at the moment.

As we approached it looked so perfect.  It was in an neighborhood we'd never visited before and the surrounding houses were beautiful and well cared for.  Then it came into view... with a giant tarp covered hole in the middle of the roof.

Now we're just waiting for an appointment with the real estate agent to start looking!

Yesterday I downloaded a few tracks from Hypnobabies.  I wasn't planning on doing them right away, but while I was cleaning the girls were playing quietly together and completely ignoring me and playing on their own and so I thought I'd lay down on the couch and give it a try.

First Sadie came over and decided to do the breathing with me, while giggling hysterically between breaths and shouting "what is it Mama!"

Then she decided that she wanted to lay down with me, which led to Mae Bae deciding that the best place in the room to sit would be on top of my head.  I scooted down, now holding hands with both girls, still curious to see what a track was like and rather impressed with how relaxed I felt and how much the baby was moving (the track was on turning your breech baby).

Then Sadie realized that my eyes were closed and started poking me in the belly button and asking if I was a bear or Mama (she's still a little freaked out by that trip to see Brave in the theater months ago) or Sleeping Beauty.

Try #2 came after the girls went to bed and resulted in me falling asleep ten minutes into the track...  I guess I really was relaxed!

Both times, however, baby went crazy moving around and really did seem to be moving a bit more to the side, which was pretty interesting since I wasn't sure what to expect with this sort of thing. 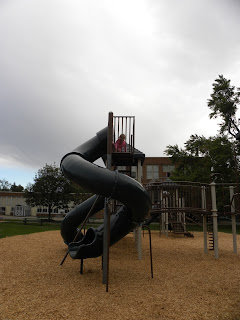 The foot is feeling 90% better.  It might have been even further along except I managed to forget about it while at a playground with Sadie.  I was sitting on a ledge about a foot off the ground (that I'd easily hopped up onto, pregnancy weight and all) and I thought nothing of hopping down to the ground.

Which was a mistake.

Almost as big a mistake as using a streak knife to break down boxes in the basement while doing laundry and having said knife slip from my hands and fall vertically to stab the same foot in question.

I think I need to be wrapped in bubble wrap for the next two months until the pregnancy clumsiness subsides.

In other news, Sadie has gotten over her fear of really tall slides.  We snapped a picture as proof!

Autumn seems to have arrived and I caught my first glimpse of a tree really beginning to change colors.  This is what I've been waiting for (or at least, the very beginning of it!): 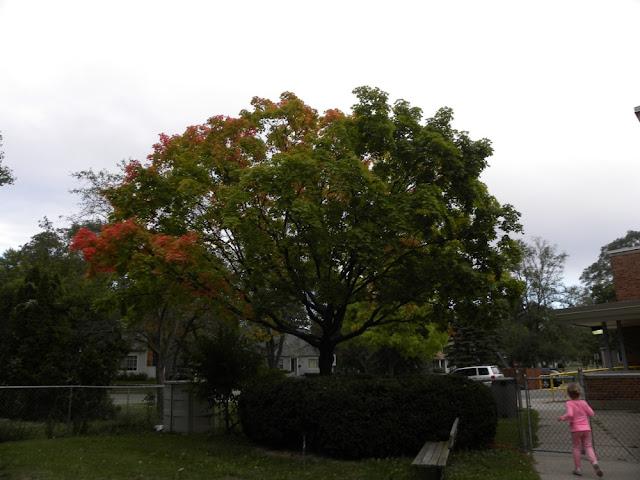 The girls seem unsure about exactly how they feel about the cooler weather.  So far we haven't turned the heater on and the temperature is staying around 66 degrees around the clock.  The girls seem to think this constitutes some sort of child abuse, although they are now agreeing to wear pants with their princess dresses (and Sadie currently has a pink thermal shirt over her Aurora dress.

I'm still wearing short sleeves and enjoying not feeling like I need to shower three times a day.  I am keeping my eyes open for a sturdy, warm pair of winter boots, because that's the only piece of winter clothing I seem to be lacking at the moment!

I'm developing pretty strong feelings about the antibiotic that I'm on at the moment.  I was pretty lucky when I had that 17 day stretch of Doxycycline after the miscarriage, because it didn't make me sick at all.  This time they prescribed Clindamycin and it is foul.  I'm comforted by the fact that apparently it can usually kill MRSA (and fun fact, is used to treat malaria...), but wow... combined with pregnancy heartburn and the fact that my stomach is hardly below my throat at the moment and I can say that I am very, very ready to be done with this one week stretch.  Thankfully it seems to have worked and my foot isn't even vaguely pink... but yeah... I'm definitely ready for Sunday.

This is the new dream house.  Sigh: 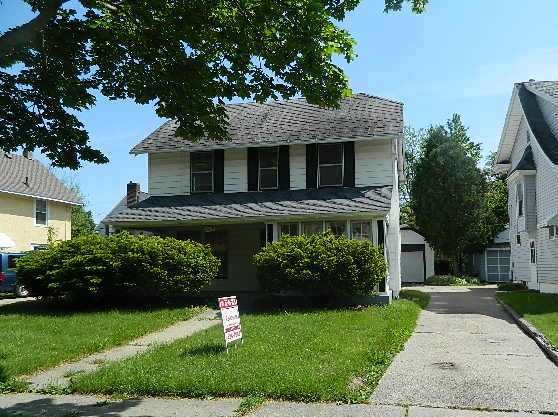 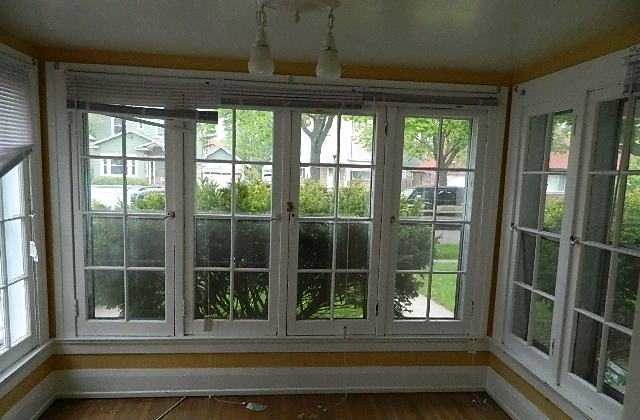 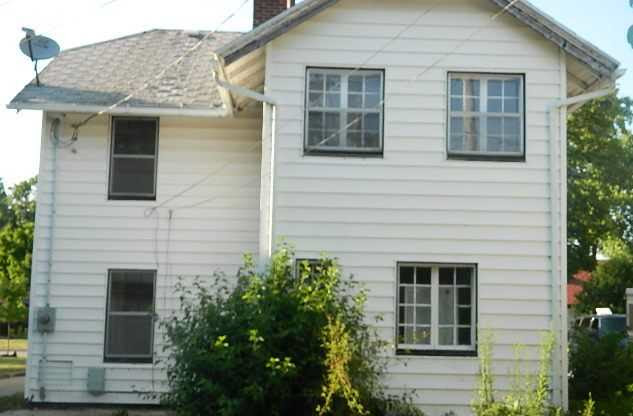 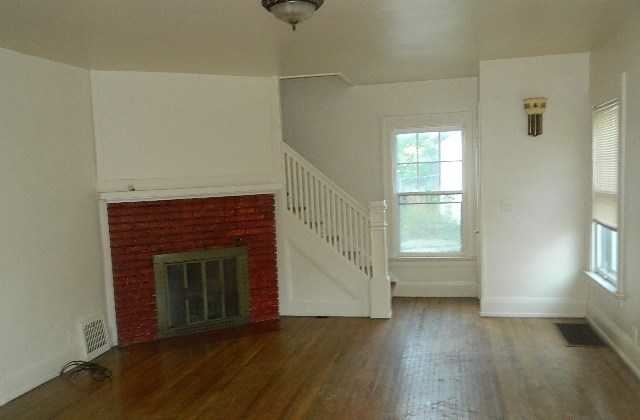