The Death of Satire? 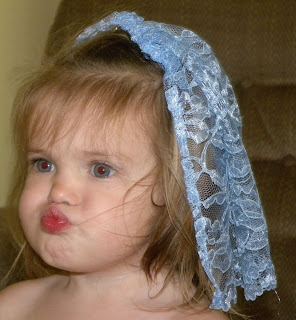 Nearly every time I read a satire piece that someone has written or created online, I find myself shaking my head.  Now I should be clear, it's not because of the work itself... it's the nearly inevitable flood of comments that will follow from those who think that the author is clearly serious and insane or evil (since satire is over the top:  "How on Earth could you think that that is even vaguely amusing?!?!?!").

I can clearly remember the first time I encountered this particular literary comprehension problem (or at least severe misreading of the author's intended message).  I was in a freshman english class and we were reading a short essay called Paradigm for a Dime.  In it, the author, a liberal feminist, wrote about how she was "selling out" to the conservative establishment because that's where the money was.

I'd liked the essay at the time, and had thought that it was quite funny.  We sat down with our class of twenty something students and the Professor asked what we'd thought of the essay.  "I thought she was a sell out!" one student quickly volunteered.  There was a chorus of agreement.  Ten minutes passed as students one by one talked about how awful this woman was, for giving up her values for "fine china" (which she mentioned in the essay) and nice meals.

I sat in my chair, feeling rather dumb.  I must have totally missed the point of the essay.  Was it another late night reading, when my eyes were already beginning to blur with sleep?   I'd been silent the whole time.  Then I noticed our professor.  He had a slightly horrified look on his face as he said my name and asked me what I thought (I avoided talking in class at all costs, but went to one of those schools where talking is an unfortunately large part of your grade).  I really would have rather not said.  But taking a deep breath I began:  "I guess I got it all wrong and missed the entire point... because I thought she was being completely sarcastic.  I didn't think she meant it literally at all."  He suddenly looked relieved and the discussion turned to satire. 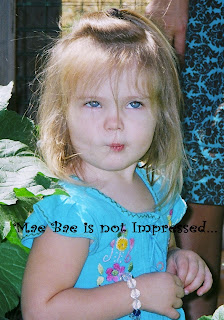 The memory came back earlier in the year when I stumbled across this article, chuckled because it was certainly a reminder of Paul's previous years at a certain graduate school on the west coast and his alma mater's seeming dedication to finding inappropriate speakers, and posted it on the blog's facebook page.  I didn't think much more of it until I came back and found that a number of people had most definitely not found it funny.  One reader had taken the opportunity to tell me that this was why I shouldn't trust in institutions built by men (which turned into a nice theological discussion).  Another simply didn't see how I could think that sharing a universities downfall was amusing.

Maybe it's because the news these days, on all sides, is so outrageous and so we no longer recognize a satirical criticism of the way things are, because we can really imagine someone writing something so outrageous in all seriousness.  I mean, I've read articles and wished that they were satire, knowing that the author was writing in earnest (and some readers could probably say the same thing about posts I've written!).  Or maybe we just aren't seeing as much satire out there these days, pointing towards our culture's cherished flaws and so we don't know what we've encountered when it bops us on the nose.

I'm not sure what the cause is.  But I know that I have to shake my head when I see a meme like this on facebook and a number of commentors accuse the poster of being "pro-Obama" in horror: 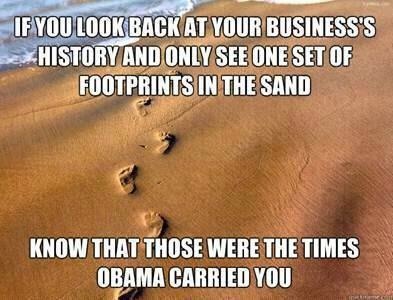 And I feel almost like I'm back in that classroom, wondering what on Earth is going on.

It makes me want to post a definition right here to link to the next time someone accuses me of delighting in some evil happening for posting "LOL" next to a satire piece (and let's face it folks, sometimes it's just better to laugh at what's going on to keep from crying about it!):

Satire is primarily a literary genre or form, although in practice it can also be found in the graphic and performing arts. In satire, vices, follies, abuses, and shortcomings are held up to ridicule, ideally with the intent of shaming individuals, and society itself, into improvement.[1] Although satire is usually meant to be funny, its greater purpose is often constructive social criticism, usingwit as a weapon.

A common feature of satire is strong irony or sarcasm—"in satire, irony is militant"[2]—but parody, burlesque, exaggeration, juxtaposition, comparison, analogy, and double entendre are all frequently used in satirical speech and writing. This "militant" irony or sarcasm often professes to approve of (or at least accept as natural) the very things the satirist wishes to attack. from Wikipedia

I guess in these confusing times, when satire and real life seem to be so close that we can't identify the difference, looking at the source of whatever work we're looking at can help.  Or we can just give the author the benefit of the doubt and really hope that it's satire.  Sometimes it might be better to read a political piece in that light.  It might make the world feel a little less crazy, regardless of what side of the aisle you're on...
Posted by Cammie Diane at 9:28 AM