I'll admit it, I'm quite taken with Hobby Lobby.  They're one of my favorite stores on the planet and if I was going to have a gift certificate to any store magically appear in my mail box, this would be my top choice.

I'd heard the name before we moved to Michigan, but had never actually seen one in real life. 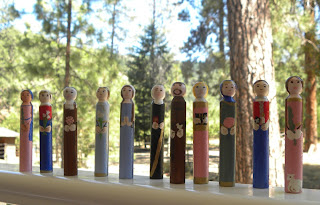 Our first day in Michigan we drove around our soon-to-be home and I spotted the giant craft store.

I've visited several times now and still haven't made it through the entire giant store (having a preschooler, toddler and impatient shopping limits the time of each trip).  So I'm gradually getting to know my way around, which spreads out the excitement of some discovery or another on each trip when I see something that inspires a new craft idea and am inspired to make something new, usually for one of my stores.

The whole chicken debacle was going on when I first visited Hobby Lobby and I wondered if they would be the next target for those with a certain agenda... after all, they're closed on Sundays and being closed on Sundays seems to scream Christian to those looking for a convenient target.

Sure enough, a little over a month later, Hobby Lobby is finding itself both the target of federal action and boycotts.  The problem?  The owners won't bend when it comes to providing abortion coverage or for abortion inducing morning after pills (they do provide contraceptive coverage):

"The Green family’s business practices ... reflect their Christian faith in unmistakable and concrete ways,” the complaint states. The company employs full-time chaplains; close all store locations on Sundays and monitors all marketing and operations to make sure that it is consistent with their beliefs.

Failure to comply with the mandate could subject the company to as much as $1.3 million in daily fines, according to Barret Fund attorneys.

"They’re being told they have two choices: Either follow their faith and pay the government half a billion dollars or give up their beliefs,"  Lori Windham, an attorney from theBarret Fund, told Foxnews.com. "We believe that’s a choice no one should have to make.”" Read the entire article here. 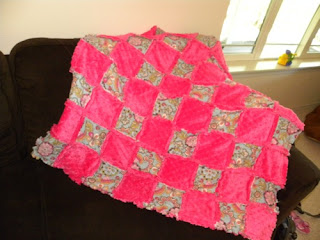 And, of course, the indignant boycotts have begun.  How dare a company not pay for abortion coverage?  How could they possibly expect that they'd be allowed to exercise they're right to religious liberty by not violating their deeply held beliefs.  How archaic.

I'd encourage anyone who lives near a Hobby Lobby to show your support if you have anything crafty planned for the upcoming weeks.  They're an awesome store with a great selection.  And this coupon is good for a couple more days... for anyone who needed any extra motivation to get out and shop!