All Dressed Up for Michaelmas...

Today was such a beautiful day that we decided to brave the outdoors (the girls have been suffering inside since I've been pretty breathless and the idea of wrangling/wrestling Mae in when it was time for lunch wasn't high on my list of things that sounded like a good idea).  This morning, the neighbors seeing me in my State pajama pants and a sweat shirt didn't sound like a horrible idea, and so we all headed out to the yard. 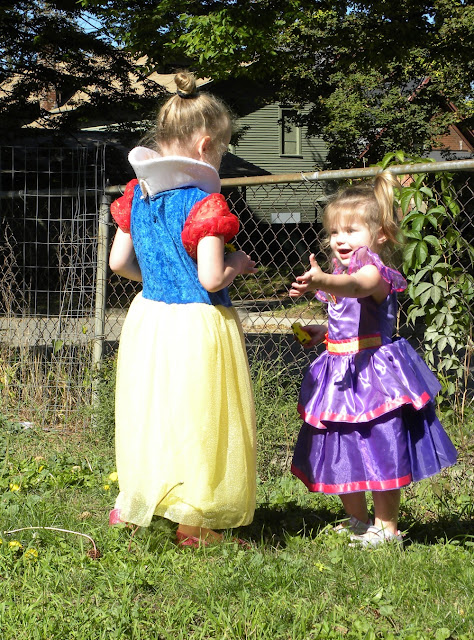 Then the walking began: 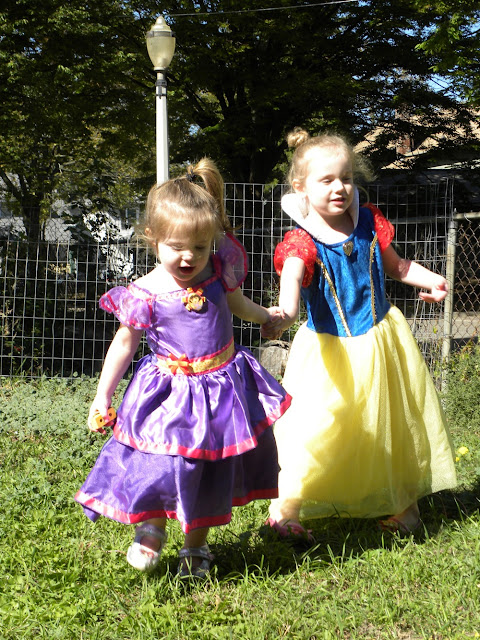 And the dancing and the twirling: 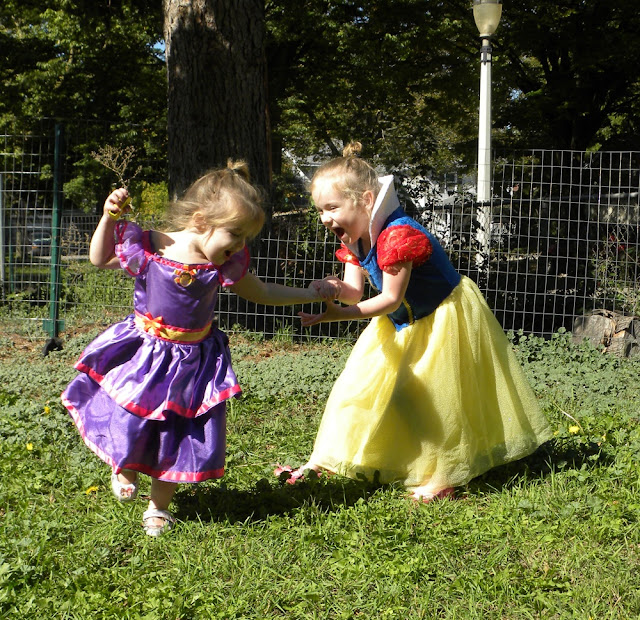 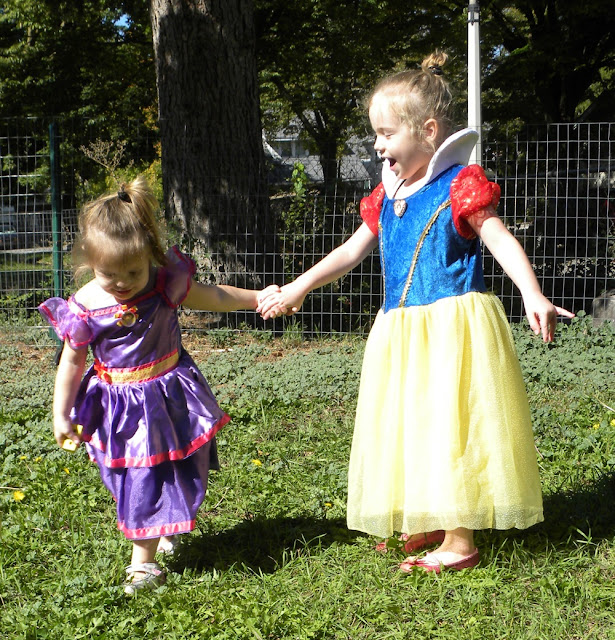 Sadie is pretty incredible with her little sister.  And she's finally decided that Mae is old enough to be "friends" instead of just "a baby." 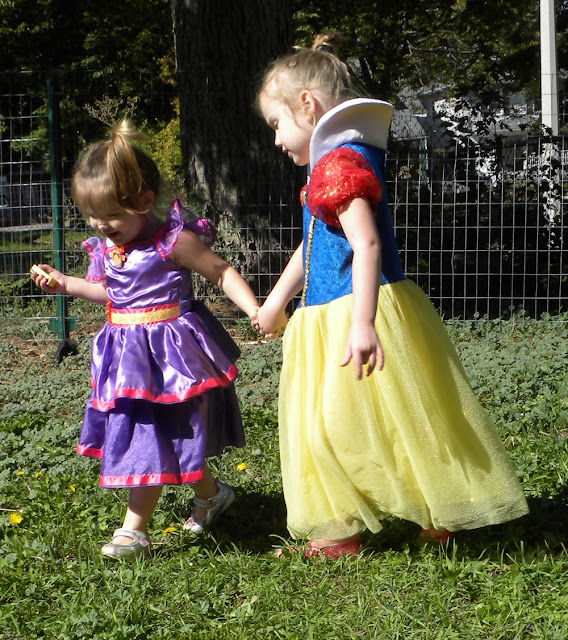 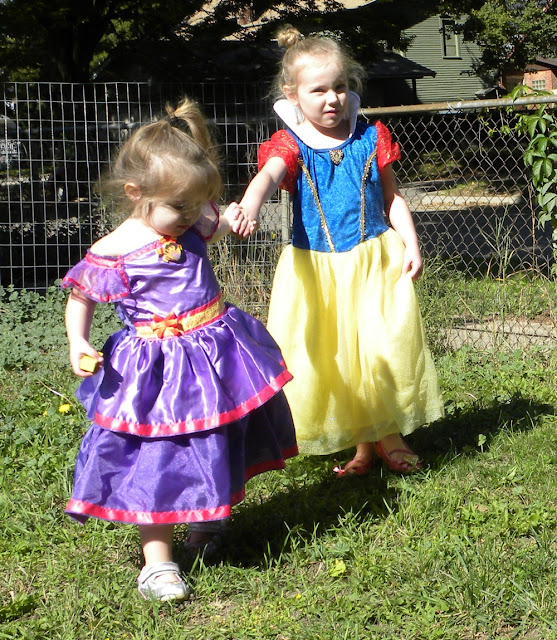 This is one of my favorite pictures: 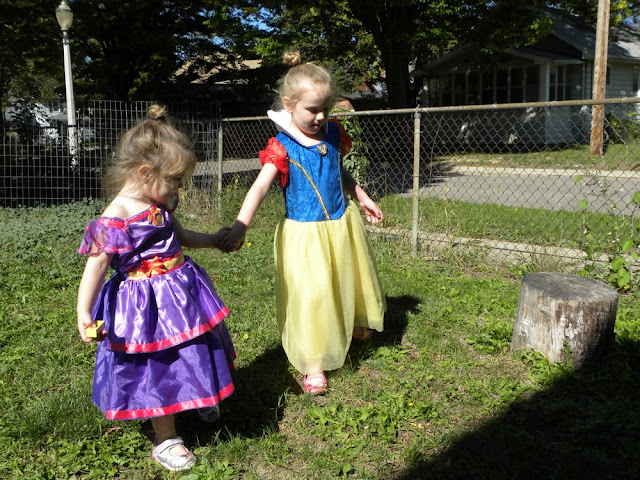 Sadie was very serious as they came over for a visit: 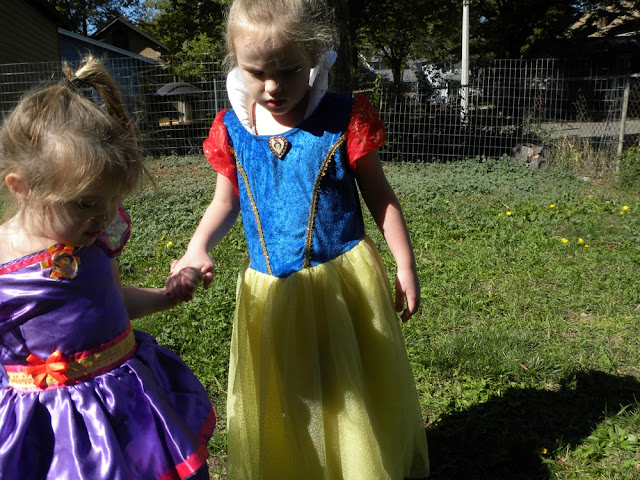 Mae had a near meltdown when her sister got up on this stump: 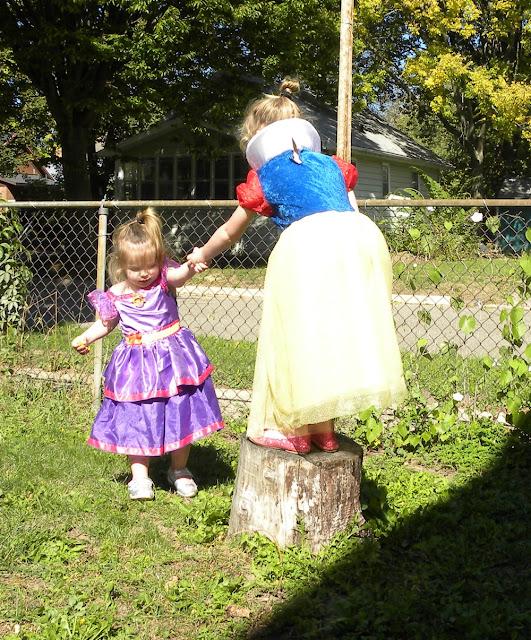 Sadie did get in quite a few jumps however: 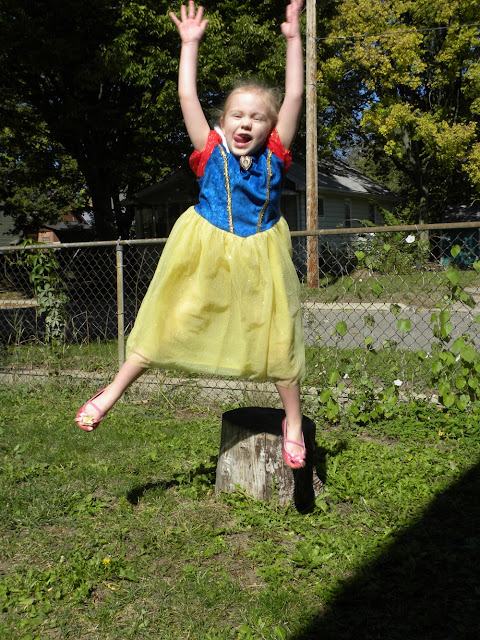 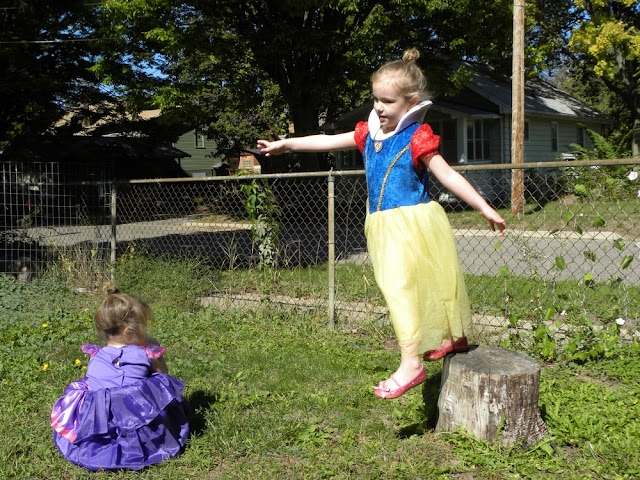 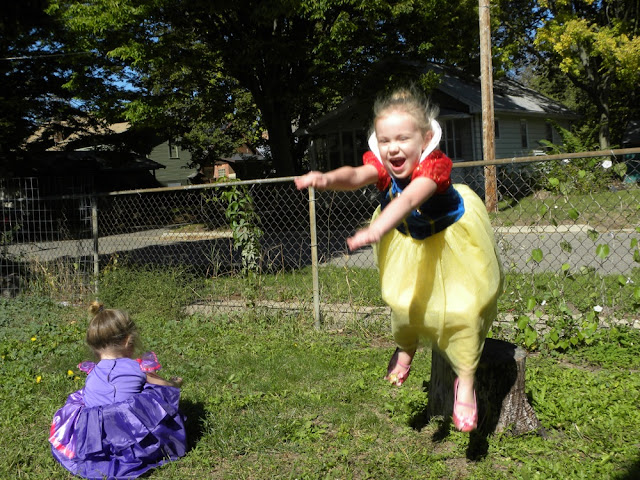 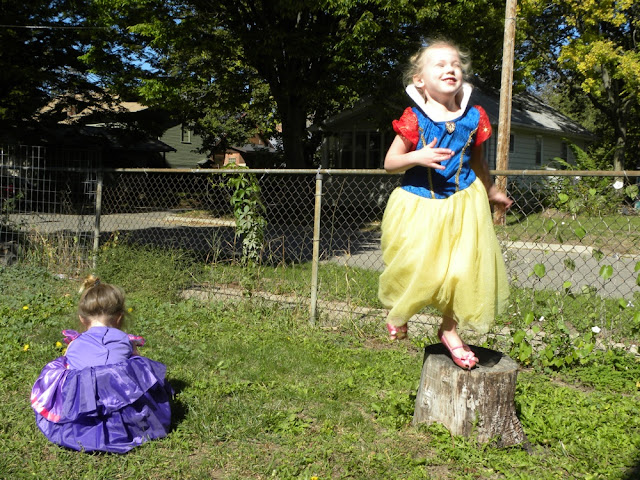 Mae took a break and played with my rosary (after she stole it): 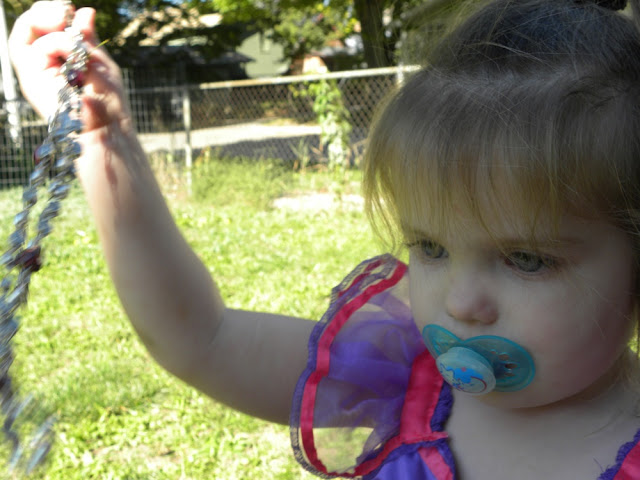 Sadie had to check in frequently to make sure I was taking enough pictures: 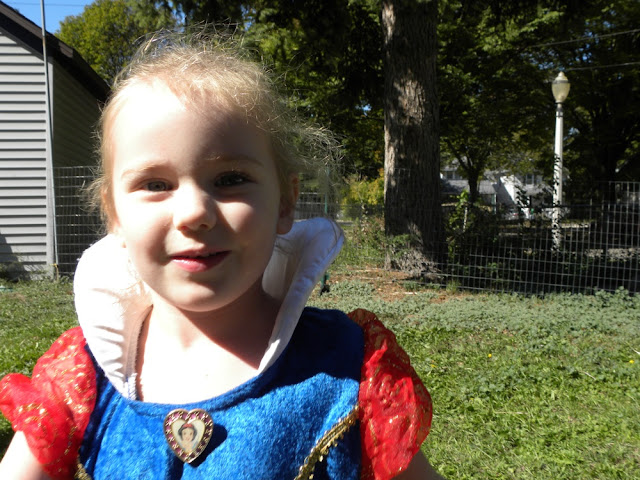 And Mae made sure to visit the Saint Francis statue (and brought over the potting soil that she thinks is so amazing): 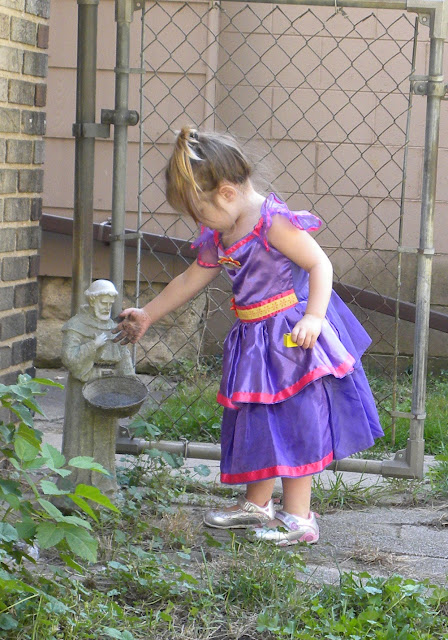 Then it was back inside to make Angel Food Cake for Michaelmas (which I forgot about until this morning!).  Now we're watching the weekends game and relaxing a bit!

Happy Feast of the Archangels!
Posted by Cammie Diane at 4:20 PM