A Very Scary Night: In Which I Rant About Our Countries Drug Policies 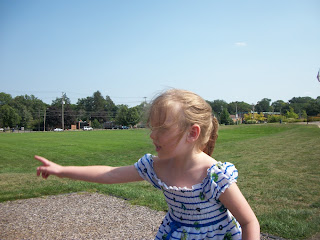 Last night I was getting Sadie out of the bath tub and ready for bed when a strong smell filled the room.  I turned and glanced at the window and then struggled to turn the fan around so that it would be blowing outwards.  Sure that meant that the temperature in the room instantly approached 85 degrees but it was better than the pot smoke that was wafting into our upstairs from a neighbors house.  I turned back to Sadie and saw that her entire back was rapidly becoming covered in hives.

I know some of you have been around long enough to remember the Great Pot Smoke Drama of 2010, which makes the drug policies in our country extremely interesting to me.  For those who don't and want to know what I'm talking about the story of the very scary night when we discovered that Sadie was allergic to pot (thanks next door neighbor!) and I stayed home with a newborn Maggie while Paul took one very frightened and sick little girl to the hospital, is here.  I'm pretty sure I can't even go back and re-read it after finding it because it would be a near occasion of sin.  It still (especially after last night) makes me that angry.  Mama Bear angry.  The deputy-who-refused-to-come-out-would-try-to-commiserate-with-my-husband-over-how-crazy-I-am-every-time-he-saw-him-at-work-after-talking-to-me-on-the-phone crazy.

I turned her around and saw that her breathing already sounded thick as she said:  "I think there's a kitty in here!" 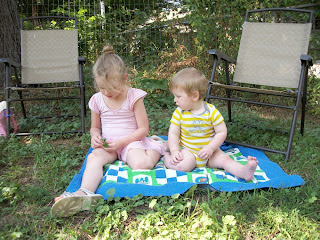 The hives though, combined with the breathing, had me struggling not to freak out.  I slathered her with lotion and raced downstairs and grabbed the "purple kitty medicine" (kid diphenhydramine tablets) and gave her one.  I grabbed my purse off the stairs and carried it upstairs and sat it next to the bed, with the multiple inhalers and epi-pen juniors and "kitty medicine" in the front pouch, just in case the hives and breathing problems turned into something worse.

Then she wanted to know why she was getting sick if there wasn't a kitty and I tried to explain smoking to her, except she couldn't remember every having seen anyone smoke in her entire life, and was baffled about why anyone would want to breath in the stuff that was making her feel so miserable.

Instead of working downstairs, I ran down the steps and put away the things that needed to be put away to ensure that mouse-a-gedon didn't occur and then sat in the room with her last night and listened to her breath.  She was still sniffly and she woke up in the middle of the night to tell me that she was itchy, but the medicine definitely helped. 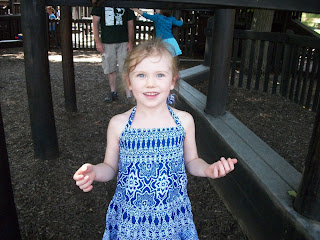 But I have to admit, it makes me angry, so, so very angry every single time it happens.  I just can't even think rationally about the topic because I see red.  I picture the sign outside an office I saw earlier in the week proclaiming that they sell marijuana medical cards.  I think of the coupons I used to see for the cards in the newspaper when we lived in California.  I think of people holding signs by the rode that the traveling "doctor" who writes cards was in and that you can buy one if you have $250 in your bank account.  The reality of medical marijuana doesn't match what the people who originally proposed the bills promised.  It is very much a free for all. If you have the money you can get a card.

And it bothers me so much that a federally illegal substance is making my daughter have a frightening allergic reaction, and yet if I call the police they'll tell me that nothing can be done because "I'm sure he has a card" they assured me last time.  It bothers me that the department of justice has announced that they won't do anything about the marijuana issue in the states, while going after homeschoolers who have had their international right to educate their children violated. I'm furious that they're spending money and time to go to court and have a homeschooling family deported back to their own country, because apparently that's a great use of their resources, but they've decided that their own drug laws don't need enforcing.

I'm actually calmer this morning than I was last night.  I don't feel like throwing anything or yelling.

I've got to find a state where marijuana is still illegal and move there.  Or at least find a house without neighbors who are so close that their drug use is being breathed in, in our home.
Posted by Cammie Diane at 9:33 AM