This weekend was exceptionally busy (or at least Saturday and Sunday were).  We kicked things off on Friday afternoon with a trip to a local science museum.  Of course first I had to wrangle everyone into clothes.  Patrick is beginning to question their purpose and is not a fan of getting dressed: 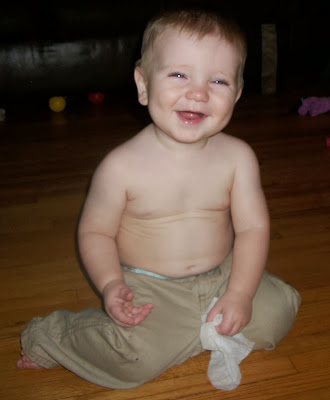 We found the entrance to the museum and Sadie struck a pose: 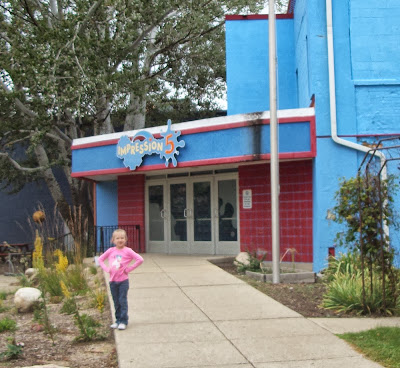 Then we stepped inside and saw the giant tooth section: 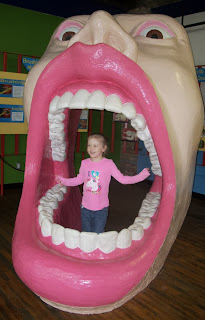 Right away Maggie headed over to knock over the brick walls that somebody had built: 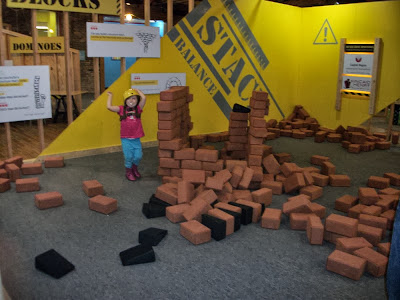 Her sister was not a fan of her extreme brick knocking over abilities: 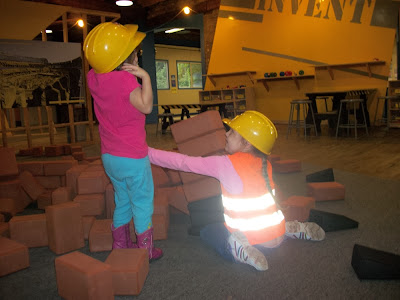 And Patrick crawled around and watched his sisters and tried to pretend that he didn't know them (or maybe all of us?): 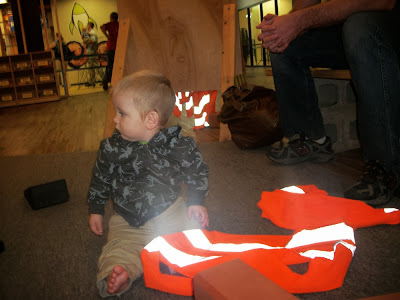 Then the babies went with Daddy into the 0-4 room (which has all sorts of fun stuff in it) and Sadie and I went out to do some building: 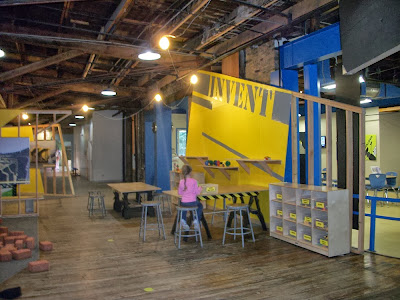 I marveled at the choices and fantasized about having something like this in my house... or moving with the kids into the museum... 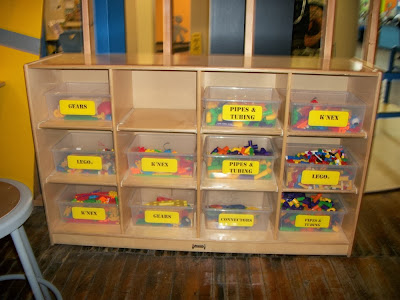 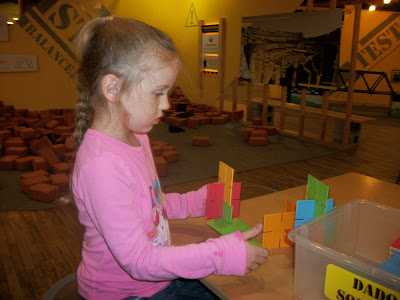 We fired tennis balls at a castle: 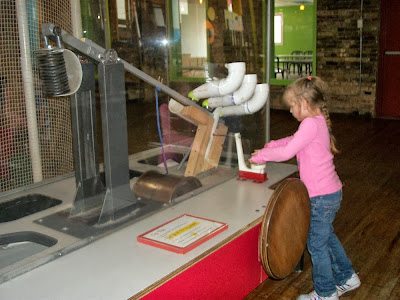 I think she'd like her own personal trebuchet... we spent a lot of time here: 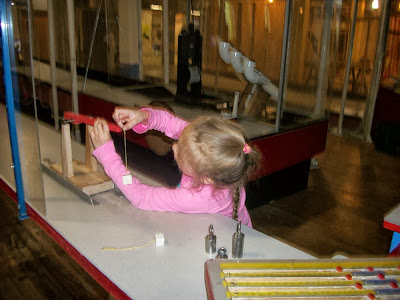 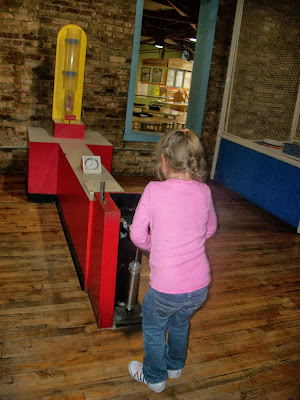 Then we headed to the music room:

Where we played a little more: We did some pulley experiments: 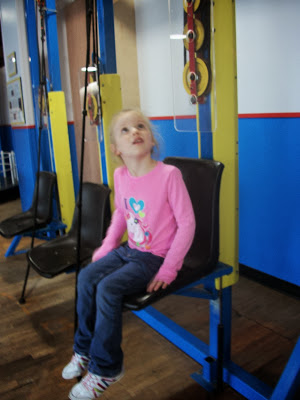 Got inside a giant eye: 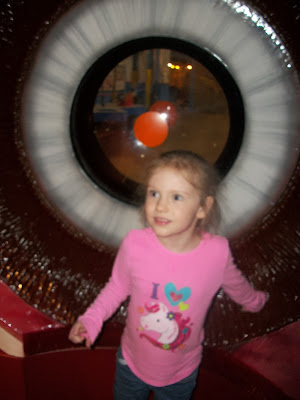 And realized that we were running out of time and we hadn't even seen 1/4 of the museum (we didn't even go in the bubble room!): 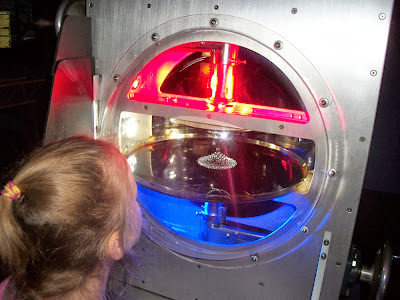 We went and got Daddy and the babies and showed them the nature room... complete with fish and turtles: 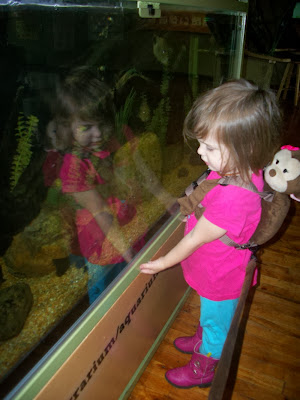 And then we went home and collapsed because we'd had way too much fun and poor Daddy still had to go out and work until 4 am...

Then the next day...

We got up and Sadie went to swim lessons and ballet (same building thank goodness!) and then we headed over to the heritage festival at the little old fashioned town we like to picnic at.  It was late in the day by the time we got there (since it closed at 3) and was pretty windy: 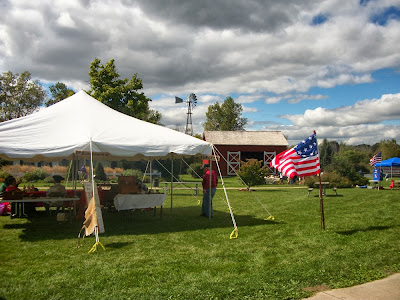 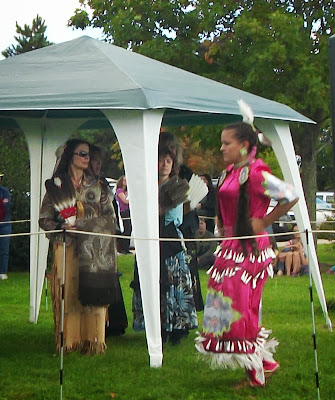 Then Sadie's dream came true and she got to go in the old school house and sit in a desk and write on a slate.  Maggie even came over and sat next to her and I pointed out that it was just like she was Laura and Maggie was Carrie and she was pretty much on cloud 9 the rest of the day: 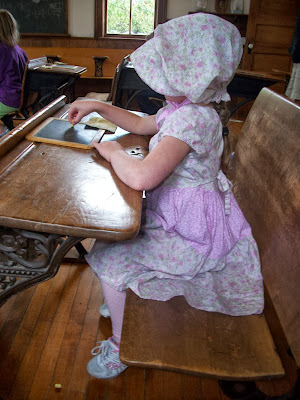 The llama liked Maggie.  Maggie (and Sadie and Patrick) weren't quite sure what to think of a llama that was that interested in them... the ones at the zoo just ignore us: 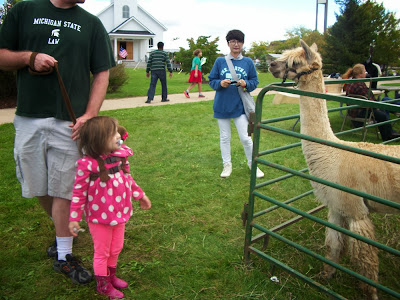 Finally we made it over to the log cabin: 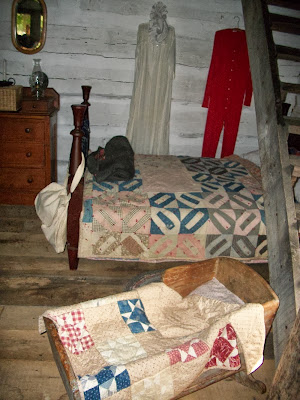 And Sadie rocked on the rocker and imagined living there: 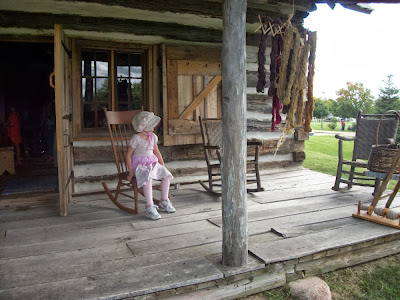 After that someone was getting pretty sleepy: 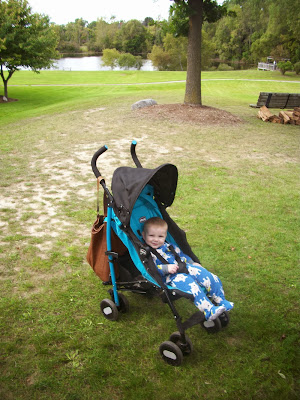 So we headed home.  And had a fairly lazy Sunday complete with fairies and lunch and an anniversary that was celebrated: 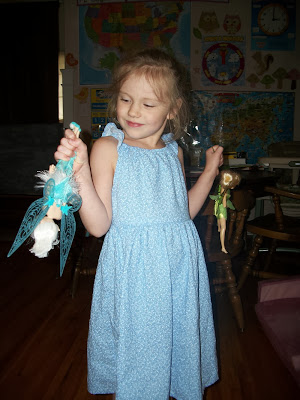 It's just more fun when all the toys are out of the toy box... 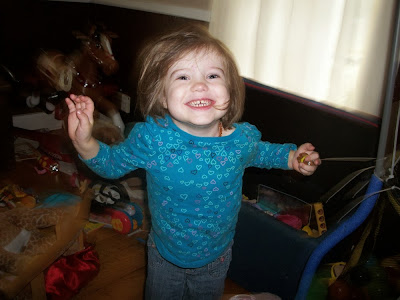 Head over to Re-inventing Mother for more Week Ending (and for beautiful pictures of the new addition to their family!).
Posted by Cammie Diane at 2:57 PM