On Virtue, Suffering, Growth and Waiting for the Phone to Ring... 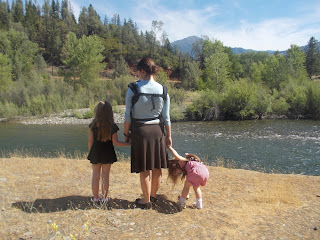 Okay, let's just get it out of the way.  I'm still waiting for that lump of plastic to ring.  And it's still not. So I've been thinking things like:  "Apparently 'tomorrow at the latest' (yesterday) means different things to different people" even though I know it's really that the super nice people who did the test are super busy and likely overworked and underpaid since they work in a giant sprawling county building and that's likely why they haven't had a chance to call yet.

As a side note I believe I have learned, over the years, never to ask for a virtue like patience.  Because do you know how God gives you the opportunity to work on a virtue like patience?  Yeah.  By helping you find ways to practice it.  Oh sure, I guess it involves some pouring out of grace but right now I'm kind of in a let's-sulk-around-the-house-about-how-much-being-patient-and-waiting-for-the-psych-people-to-call-stinks type of mood and I've been doing a fair job of ignoring that fact. 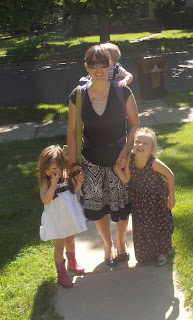 It's like when I prayed for help with that whole little gluttony-pizza-ice-cream problem that I inevitably have when I'm pregnant or nursing (so pretty much always) and suddenly I had a nursing baby who was allergic to dairy and another kid who has major food intolerances so that our eating options are pretty much some meats, some veggies and some fruits, eggs and nuts and none of the wonderful cheesy grain-i-ness that sound oh-so-appetizing All. The. Time... which all feels like it happened about five minutes after I made that fateful help-with-gluttony prayer and has me laughing these days in a sort of resigned way while shaking my head and saying: "Not what I meant.  Not at all what I meant.  Didn't you see that I was asking for a magic power to resist ice cream, not an actual chance to work on self control or sacrifice?"

Except that in my head, when there's no suffering at all going on, I make these crazy requests to God to grow in love and understanding, even though I'm beginning to have an inkling of what the answers to those types of prayers generally require.

You see, even in the perfect little world in my head I know that growing towards sainthood, even with the outpouring of grace required, doesn't happen in a vacuum. 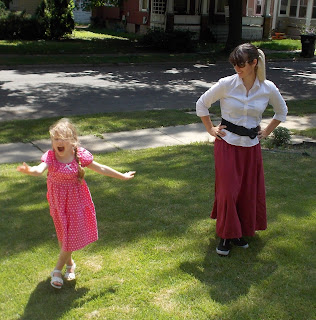 I can look at Jesus on the cross and remind myself that he told us to take up our crosses and that there was something in there about the path being narrow that made this whole thing sound like something other than a cake walk... or I can read the lives of the saints and the trials that they oh-so-often endured, and know that Jesus was obviously very, very serious about the aforementioned taking up of one's cross... and I can't ignore the fact that this growing often seems to involve suffering.

In fact, I can even see the tininess of the things that seem like "suffering" to me in my day to day life, at least from a distance, when I'm in a mood to examine these sorts of things.  Those moments of perspective, incidentally, also usually happens to be when I'm in the mood to request whatever sufferings God would like to send my way so that I might grow and become more like my savior.

From a distance it always sounds like an awesome idea... and it makes me feels so brave, like I'm trucking along down the road to sainthood (I think that usually happens right before a face plant of some sort, which you can probably see coming from a mile away). 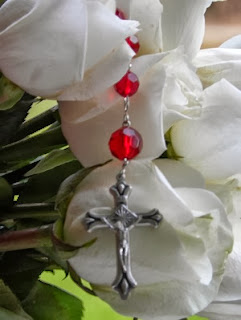 Because in reality, it's never that pretty.  Sure I can pray for sufferings to offer up like a champ, I can imagine all the rosaries I'll say when I'm in labor and all the fantastic intentions I'll have while I'm praying them, but when the wheels hit the pavement it's more like "oh-my-goodness-the-red-superhero-boots-just-accidentally-smashed-my-big-toe-one-too-many-times-and-the-nail-broke-in-two-and-God-please-please-please-please-it-hurts-make-it-stop."  Which is about as not-heroic as one can get.

Still, we push on and I try to pray for the grace to be a little bit less of a weeny the next time it inevitably happens (those boot wearing toddler feet are dangerous!).  And some days (okay, more like moments) I actually feel like I'm toddling along in the right direction with teeny tiny steps... by succeeding at something small like not whining about a headache for an entire hour (inevitably the headache lamentations still usually tumble out of my mouth after a point, however...).

This isn't the post I set out to write...  but I have to say, having written it and having thought about actual suffering, like the sufferings of the saints in the book Sadie is always pushing into my lap, the fact that my phone still hasn't rung suddenly seem like a much, much smaller problem than it did when I began.  And that's something.