A while back I saw a little article in a magazine somewhere where a famous actress showed what was in her purse and for some reason I found it interesting (probably because she had little one and I spent a good three minutes marveling over the really expensive stuff she bought for that baby!) and thought, wow, that would be a fun blog post.  Yet as I was writing this blog post I couldn't help but think this probably isn't all that interesting to anybody other than maybe my mom (who's probably shaking her head no, because there aren't any baby pictures in this post, which let's face it, is the golden standard for posts that make Grandma's who are across the country happy).  But I had fun actually figuring out what was in this gigantically heavy thing that I lug around so I thought I'd share anyways.

Presenting: What's in my diaper bag!

First off, here's the bag: 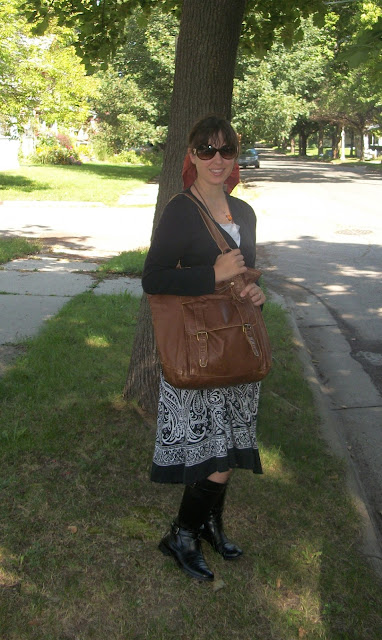 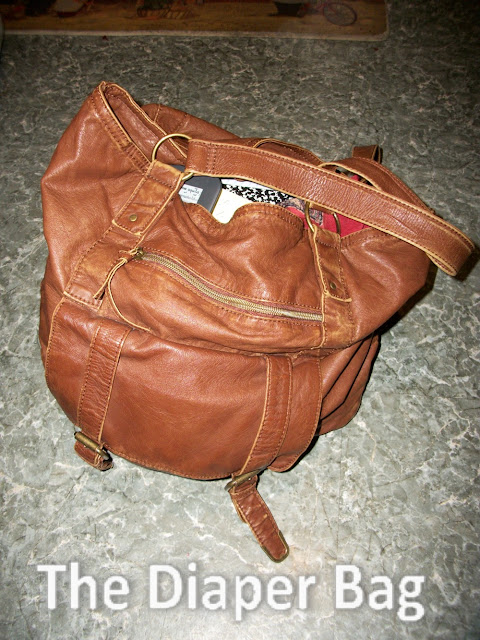 In pocket #1 we have the medical stuff that I need with me all the time.
This is pretty much the stuff that makes me bring my purse everywhere,
even when I might not otherwise have it with me: 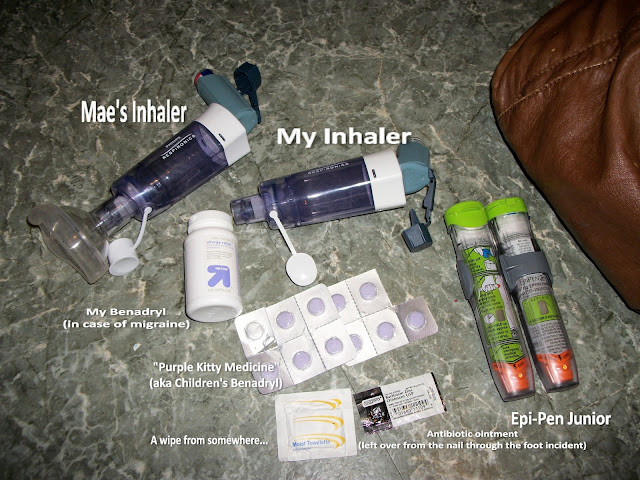 Plus the basics in pocket #2: 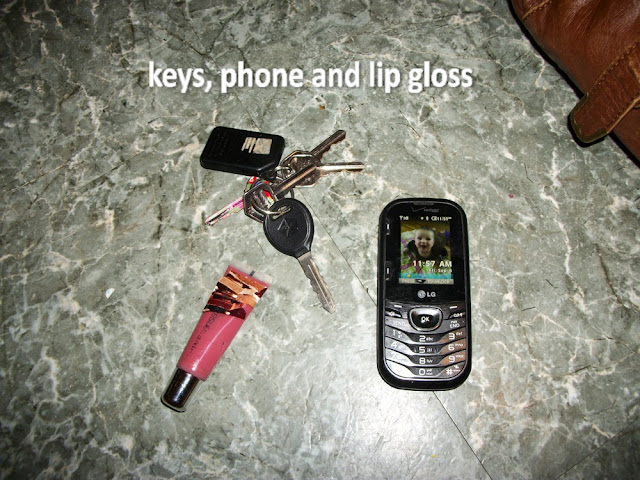 Now for the pocket that weighs down the entire bag.
It's the place where I keep the stuff that I might need if our van breaks down and we're stranded someplace for hours... 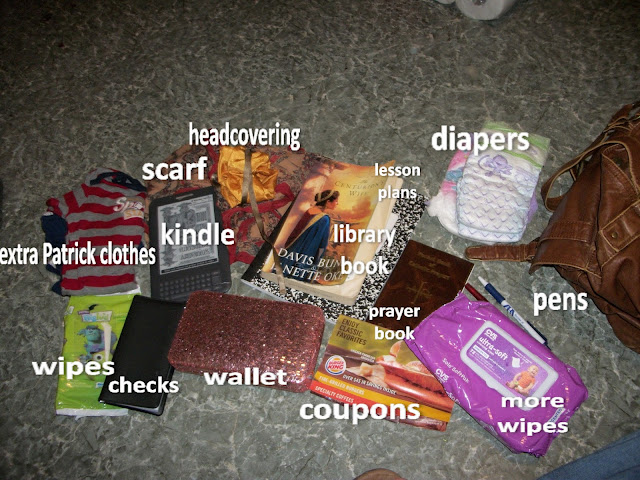 There's the gum I had to buy after I turned my back to talk to a checker about a problem with the self checkout and a certain someone emptied an entire container of gum into our cart and damaged on of them (that would be the one you see right there).  I should have known something was going on because of the silence.  I turned to find like 20 people staring at her and laughing.

The coin purse is also quite heavy since parking's pretty expensive around Paul's school: 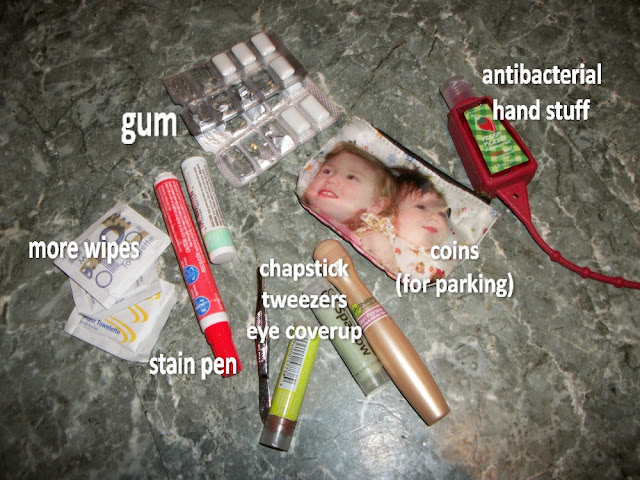 This should really be a link up.  But I'm about to run Maggie to a doctor's appointment because the poor little bunny is pretty sick.

So, is your purse gigantically heavy or do you manage to minimize what you take everywhere a bit better than I do?