My Dramatically Disgusting Sunday Night (with pictures... kind of...)

Disclaimer:  No rats were hurt in the making of this blog post.  Yet.

Let's start with a little history.

Some of you may remember a particular incident back in October of last year.  I'd just got out of the hospital from my lovely five days with the infectious disease people, and my parents were still here and I came out of the bathroom to the most horrible smell, which being pregnant, almost made me sick then and there.  I followed the smell into the girls room and found this: 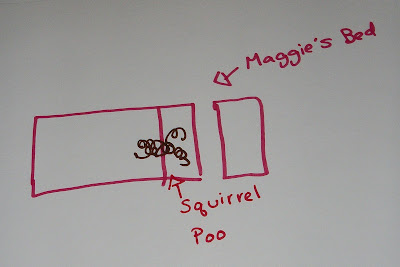 Now the reason we thought that it was squirrel poo, other than the size and the berries and nuts, was because when we asked Sadie "hey did you see anything in your room that was weird last night?" she said "Oh yeah, a squirrel slept on Maggie's bed last night."

(That would be stunned silence in case you were wondering.)

And then:  "If there's ever an animal in your room PLEASE call me!!!!" 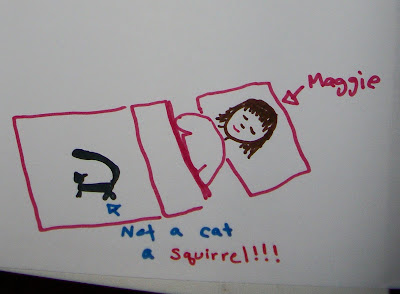 Now I know that that poo wasn't there when we got the girls out of there room, but sometime between them getting up and me coming out of the bathroom something horrible happened in there.

We searched the house and found nothing.  No way to get in or out.  But we never found any other animal droppings or saw any other signs of animals.  We did follow the health department's instructions and took Mae to see the doctor that day and he said she was fine and not to worry (she did have a fever, probably from whatever it was that had me in the hospital for almost a week).

Then last night came along.  I was doing our lesson plan for the week and was about to pick out ten words and three kanji to learn.  I went in to get these books: 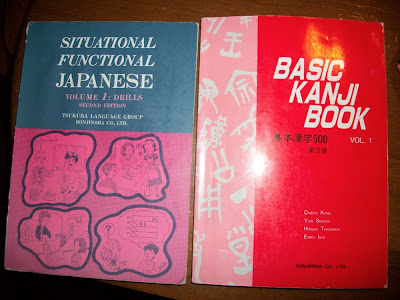 But instead all thoughts of books flew from my mind as I encountered this:


And I'm pretty sure his mouth looked like this: 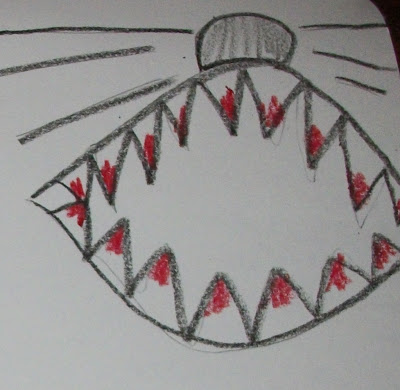 And do you want to know where he was sitting? (Which pretty much proves he was waiting for me?).  Right there.  Next to where I keep the homeschooling books for the week: 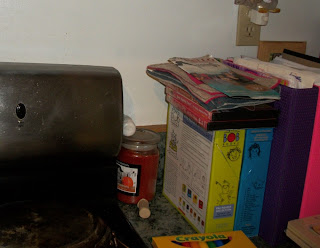 He made a quick escape behind the oven (I know you're stunned by my artistic ability... May I point out that both Patrick and Maggie were helping me draw while I was making this... Although I can't promise it would be any better without their help.  Words are my thing.  Drawing, not so much...). 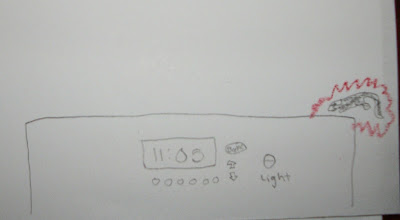 And I fled back to the living room, two rooms away and hid under a blanket. Now let me say, in general that I'm not afraid of all rats.  I've had pet rats.  I used to take care of the giant rat that lived in our science class room (over the summer and on weekends) and she did tricks and terrified my cats and was pretty much the smartest animal I've ever encountered.  But this rat... it was clearly a monster (did you see those pictures?!?!?!?!).

Finally I got up the courage to reach out from under the blanket to get my phone to call Paul to tell him I needed him to come home RIGHT THAT MOMENT to kill a rat:

Except then this happened:


And all I could picture was this as I alternated between terror and annoyance:

Although in reality he was probably more like this:

Somehow I survived until morning, worrying all the while about a rat attacking one of the kids in their beds and listening for rat victim screams.  When Paul got home in the middle of the night he told me that he hadn't check facebook until he got home and then he saw my message.

So this morning we went to the hardware store and I headed to the rat trap aisle and spent just about $30 on this: 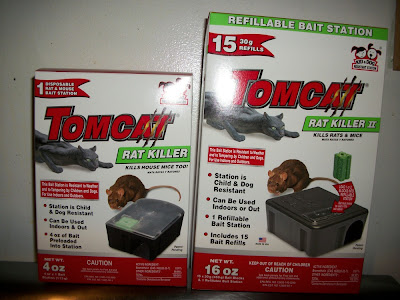 So I now have enough poison to kill a whole family of rats.  I hope.  And they'll go in the kitchen up where the rat was (where the kids can't reach) and the basement, both of which are behind not one but two baby gates.

Because even though the package says this: 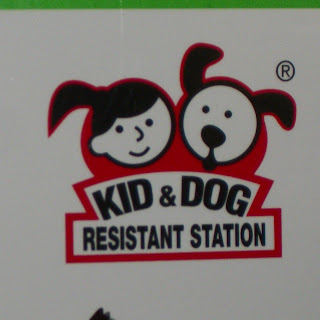 I'm pretty sure Maggie could get that thing open in less than 15 seconds, since she's kind of brilliant with that sort of thing.

I'll admit, I'm kind of avoiding my kitchen right now... because ugh!  A Rat!  Although I have plans to go in and scrub all the surfaces before dinner because... A Rat!!!

And that was my Sunday night.  I truly hope I don't find another rat (with a pulse) in this house ever again.
Posted by Cammie Diane at 1:18 PM