The Return of Mr. Giraffe

I haven't let on, but these last few days I've been worried about something other than The Rat (mouse).

You see, Mr. Giraffe has been missing.  He wasn't in Patrick's room, or downstairs.  And as I thought back over the last time I'd seen him, I began to panic.  It has been at least two weeks.  Maybe longer.

Tonight after cleaning the downstairs I laid on my stomach and looked under the couch.  And there, far, far back was the Giraffe.  I brought him out and dusted him off and held him up for Patrick to see.  And Patrick raced across the room and was quite serious as he examined Mr. Giraffe and made sure that he was alright: 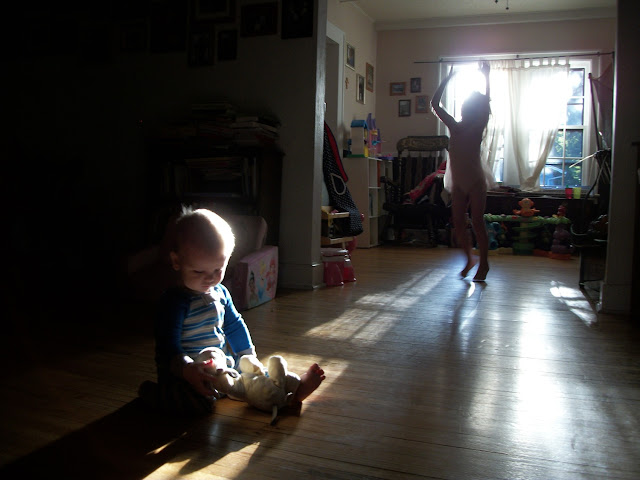 Once it was determined that Giraffe was in fact alright, joy followed: 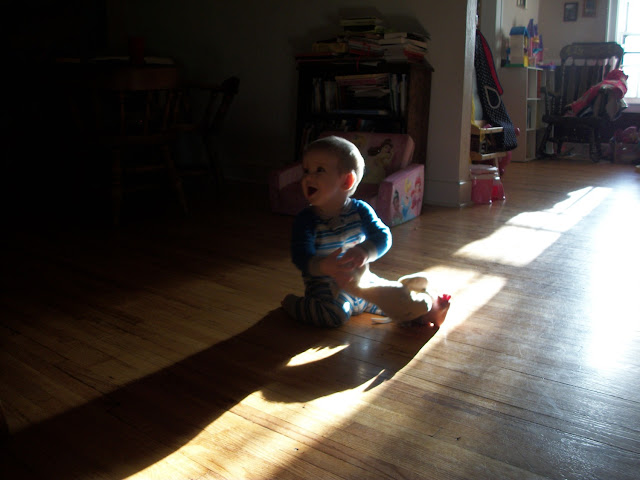 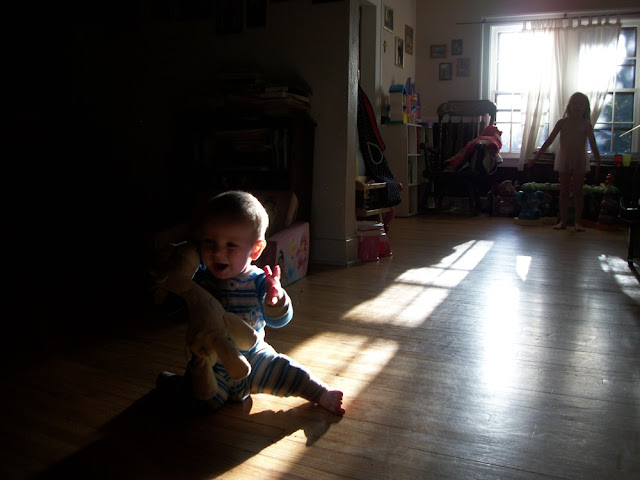 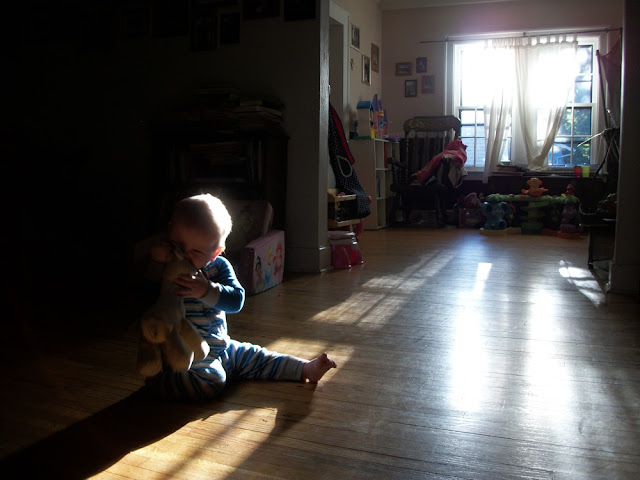 Together again!
Posted by Cammie Diane at 8:37 PM