I was rushing around the kitchen getting lunch ready and trying to uncover the dining room table, which had unfortunately become the base of a large pile of various items that made the move but hadn't yet found a home, when I heard it... silence...

As many of you may know, silence in a house with a toddler and a preschooler can feel a little ominous.  I grabbed my camera (because let's face it, the result of the silence is usually either shocking or cute) and captured this: 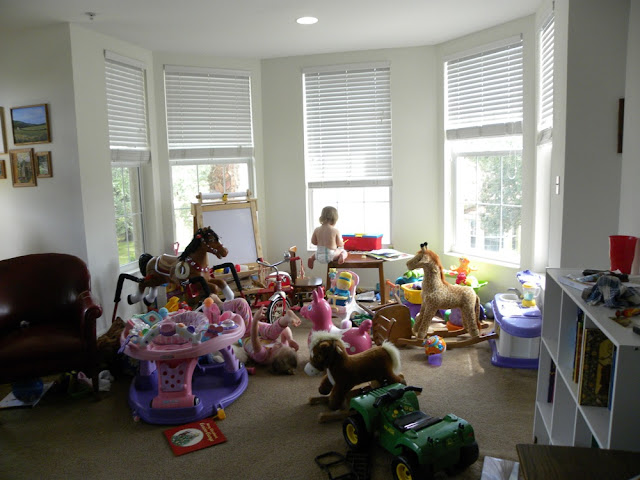 I snapped the picture and moved as quickly and quietly as possible to grab Mae without startling her.  I put her down on the ground, moved the chairs back from the table and watched her scale the couch and try to rip a picture of the wall.  (extra points if you can spot Sadie in the above picture!  She's there.  I'm not exactly sure what she's doing...)

The funny thing is that overall Mae is much calmer than Sadie was at this age.  However, she is also very "determined."  Once she gets an idea in her little head she works pretty relentlessly towards her goal.  Lately the goal has been "climbing everything in the house."  If there's a surface with a foothold, she's trying to scale it. 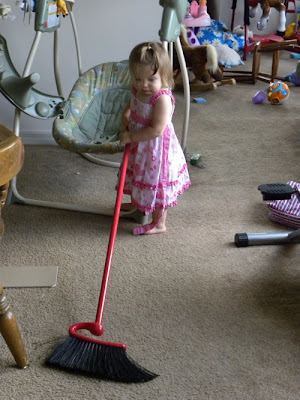 Later in the day she helped me do dishes and organize the kitchen before dinner.  The broom made an appearance after a goldfish cracker related incident and Mae immediately confiscated it and began trying to sweep the living room.

Her little personality certainly does shine through each and every day!

Edited to Add:  Close Ups! (And the locations of Sadie if you couldn't spot her in the mess above!) 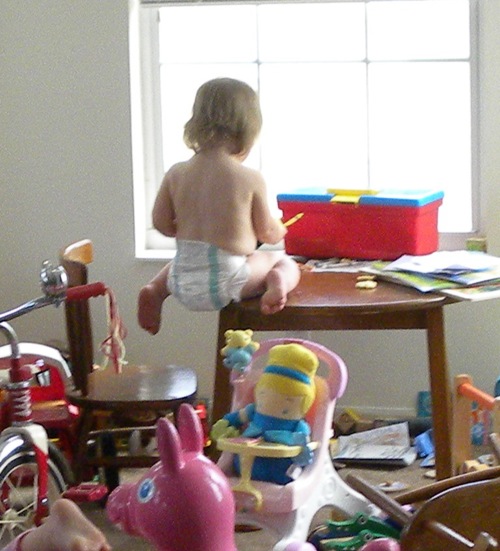 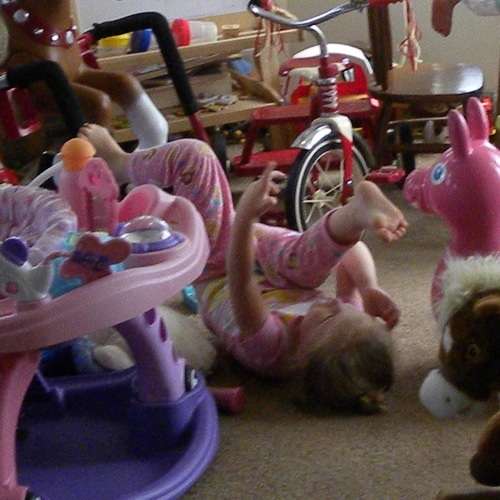