A Loss of Trust: My Experience with Hospitals in the US- Part 2

This is part two of a series of posts (the first post is here) about my experiences and the fears I'm struggling with after having a series of very negative experiences at hospitals during childbirth and miscarriages.  It might be a little gory, so if you want to avoid that this might not be the best post to read. 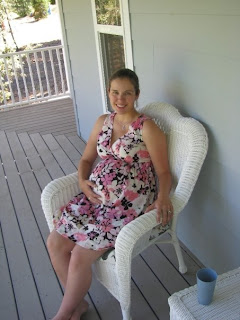 In a nutshell, after five hours of pushing, Sadie was born by emergency c-section.  Except apparently she had finally begun to move down, so that when the doctor made the incision, her mouth was right along the incision line, facing up, and she had to be pulled back, cutting her little head on my pelvis.  I understand that these things happen and I’m grateful that Sadie and I survived.  However, I’m not grateful for the events that led up to the c-section.

Warning #2: If you don’t like talk of womanly issues or “pushing” this might be a good place to stop.  This may not be the post for you!

When I first entered the hospital I was checked and told that I was 5 cm and that my water had broken, so I could stay.  I was also told that my baby was “sunny side up.”  From what I’ve read, if I’d had a midwife they likely would have tried to turn the baby.  Instead I was given an epidural (which I was okay with at the time… if I could go back I’d change that!) and labor progressed quickly.  Then at eight centimeters it stopped completely.  Again, this may have been a sign that something was wrong.  This was probably a pretty good time to try to turn the baby.  Instead I was pumped full of pitocin.  When Sadie’s heart started slowing down with each contraction the epidural was turned off (so those five hours of pushing… after it had worn off…).

For five hours I pushed and she never moved down.  I’ve read about the many techniques that are used with women who were in my situation in places outside the US (or in the US with midwives).  The top of the pelvis can be pushed on to make the bottom wider.

Instead I was left to push with the pitocin still on.  I asked for the doctor, who was in the hospital sleeping, after a couple of hours of pushing.  I was told we’d let her sleep until it was time for the baby to come. 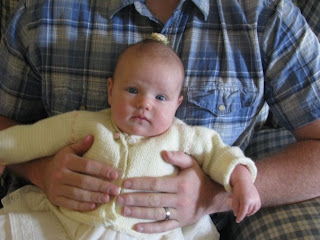 After four hours the doctor woke up on her own and wandered in.  She asked the nurse how long I’d pushed.  I’d been using the squatting bar and pretty much every position we could think of.  Nothing helped.  The nurse said something like less than two, and I, in my “I think I’m about to die after four hours of pushing” state couldn’t even think to figure out it had been quite a lot more than two hours.  The doctor told her to turn the pitocin off and ordered a c-section immediately.

There were no anesthesiologists available.  We waited through another hour of pushing.  The doctor came in as we were being wheeled out and saw that the pitocin was still on, full blast (it had apparently been turned up, not down) and was furious.  The nurse was told she would not be coming in to the OR when she asked.  And because the contractions were not ending due to the pitocin, I got to sit still for a spinal during a contraction.

It was pretty awful and incredibly painful and drawn out (more than it had to be)... On to Part 3...
Posted by Cammie Diane at 8:38 AM