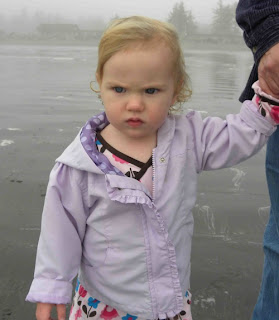 I burst into tears when I opened today's mail.  Our medical bills for my two trips to the ER now stand at over $2000.


We only went to the rather horrible county hospital (at least that's my opinion after my experience there) because they told us that they accepted our insurance. Apparently "accepted our insurance" covered the actual building, but not the doctor's, PAs, pathology lab (that I asked them not to take my baby to and who returned my baby to me in an old taped up cardboard box), or the radiologists who told us over and over again what we already knew.

If I'd received care that was even close to adequate I might be a little less bitter right now.  But after being left alone and ignored while calling for help, while I could hear the nurses outside my room talking about how they were going to help me, but who didn't actually come into my room, I'm having a hard time seeing what the $800 per Physician's Assistant for the 15 minutes they spent with me cover.  My own super-amazing OB didn't make $3000+ an hour.

I did try to get in to see an OB.  Actually, I tried to get in to see OB after OB.  But apparently telling an OB's office that you think you're miscarrying and need care is the equivalent of saying that you have the bubonic plague and would like to hang out in their waiting room.  No one seems to want that sort of liability.

I will definitely be giving the hospital a far more graphic description (in the form of a letter) of just how awful their care was...  My post here about the experience was a little toned down.  My complaints won't be.

With the limited hours Paul's allowed to work while in law school, we've been discussing spending a lot lately.  The consensus was that we had exactly what we needed.  Rent is covered by loans.  We have around $400 a month for everything else.  So maybe I'll be paying the doctors $50 a month for the next 32+ months.

I wish I was feeling the confidence I felt yesterday... that everything would just work out the way it's supposed to (the first bill that arrived was followed by the FedExman delivering a check with Paul's vacation pay for almost the same amount... unfortunately the first bill was the smallest...)...
Posted by Cammie Diane at 3:30 PM