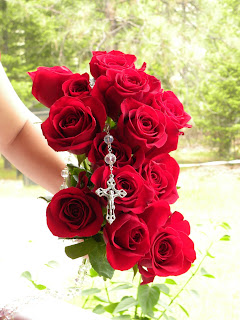 Paul can’t help but getting fired up when reading the suggested stories on the Yahoo news ticker and this morning was a special treat when he announced that Yahoo had suggested he read an opinion piece titled:  “The Catholic Church is Dangerous, Outdated and Should Dissolve- Yahoo! News”.

The article is one of those special pieces of writing that seems designed to take as many anti-Catholic stereotypes and misconceptions as possible and weave them together into a masterpiece of epic proportions.  Fortunately for all of us, the author doesn’t even know enough to hit on the most commonly used pieces of anti-Catholic ignorance and so instead he relies entirely on CNN’s most recent reports.

I shouldn’t be surprised when Yahoo’s contributions to social commentary are sub-par.  This is the site that regularly tackles such tough topics as “should children be banned from eating in restaurants” and “how to tell if this relationship is the one that will last.”  Their greatest highlights are generally pieces with titles like: “Who wore it better?  Pippa or Kate?” and honestly, after reading this article I wish they’d stick to what they kind-of-sometimes-almost get right (or at least puff pieces that do the least amount of harm to the general population and aim at killing the smallest number of brain cells).

"Another CNN report talks about the Vatican's recent attack on American nuns. The statement from Rome says they have gone rogue and have become radical feminists. The reason? The Pope thinks they should spend less time supporting social justice and more time opposing same-sex marriage, abortion, and euthanasia.The Vatican is enforcing sanctions against the nuns, taking punitive action to get them back in line. The Pope is essentially telling each of these nuns, "Shut up and get back in the kitchen where you belong, woman." Apparently in the mind of the Pope social justice just isn't a big deal.”

“It's possible the Pope thinks he's making the right decision biblically -- and he might be correct. If so, his scripture is broken. It's ancient mythology that treats women like property. It's making him think social justice is irrelevant.

The Catholic Church is out of touch with reality and cares little for social justice and women's rights. Any religion so broken should dissolve and give its adherents a chance to live better lives without it.”

But not to worry because the author has already assured us that the Church is on her last legs:

I’m really not even sure where to begin…

It’s sad that such a large media outlet publishes such mistakenly twisted commentaries.  It’s even sadder that the author genuinely seems to believe what he’s saying.  The man obviously has no knowledge of the Church’s rich history that extends right up unto this moment, helping the poor and defending truth and justice.

And I have a feeling he’ll be more than a little surprised when the Church outlives his expectations and is still vibrant, helping the poor and downtrodden when the bloated secular based plans for social justice which are so popular at the moment, collapse on themselves under their own weight.
Posted by Cammie Diane at 2:24 AM