I didn't expect the little peg dolls that I made the girls as party favors for Sadie's birthday party to be such a smash hit.  They've quickly become Mae Bae's all time favorite toy.  She carries two of them around with her constantly.  She tosses them in the air and listens as they smash down upon the ground with a smile.  She hides them in any place large enough to fit them (there's a small tray below one of Nani's tables and I've learned that the dolls like to hang out there), especially if said hiding place is right at Mae Bae's eye level.

Sadie, on the other hand, doesn't bring her dolls out nearly as often, because she's seen how her sister plays with her own dolls, and is pretty sure she doesn't want her own dolls receiving that sort of treatment.  She's now hidden her own dolls by the bed, and plays with Mae Bae's pink dolls when Mae is awake, while watching her sister's crazy antics.  Sadie's dolls tend to make an appearance when Mae isn't around (which, lets face it, is only at nap time).

When I began thinking of making peg dolls I scanned around the internet to see what was out there and I found some extraordinarily beautiful peg dolls in various stores.  Yet I had a hard time picturing paying around $20-$30 for a peg doll, regardless of how beautiful it was, because I wasn't quite sure I could hand both paying $30 for a wooden peg and watching Mae Bae hurl it with all of her strength at the stove to see what sort of sound it would make.

So I decided to come up with something that was simpler than what was already out there, but that still represented some of our favorite saints (I have a huge list of saints I'm planning on making in the coming months and I'm definitely open to suggestions).  After hemming and hawing for quite a while over price I finally settled on $8 for the more detailed dolls and $6 for the simple Mae style dolls (those aren't yet posted and won't be saint dolls).  I'm planning on eventually putting up listings for larger quantities, like 2 dolls for $14 (2 for $10 of the simple ones!) or 5 for $30.

I'm also hoping to get up some of the doll storage rolls up (like the ones I made the girls for the party) once I have a few more dolls on the shop.

Here are the first four peg dolls in the shop: 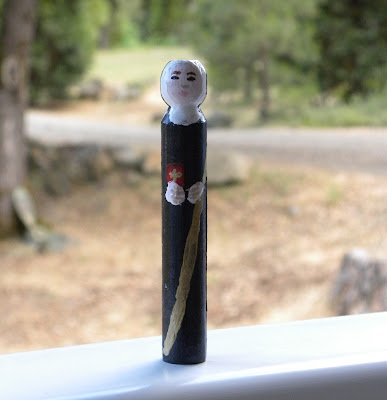 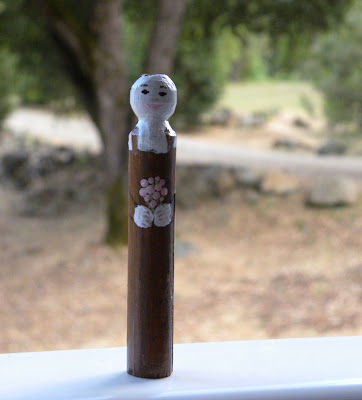 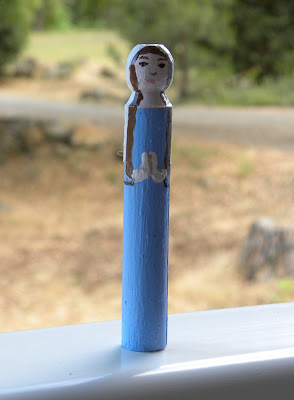 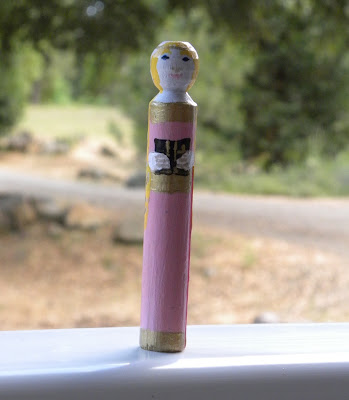 And now for an event that is long overdue!  A giveaway!

I will make one lucky winner a saint peg doll of their choice (it doesn't have to be a saint that's shown here!)


a Rafflecopter giveaway
Posted by Cammie Diane at 1:17 PM