Yesterday as I was cutting out the body for a new dress, Sadie stood watching and then said:  "That looks like Mississippi!"  She repeated it several times, with a giggle.

I looked at the piece of fabric she was talking about and saw this: 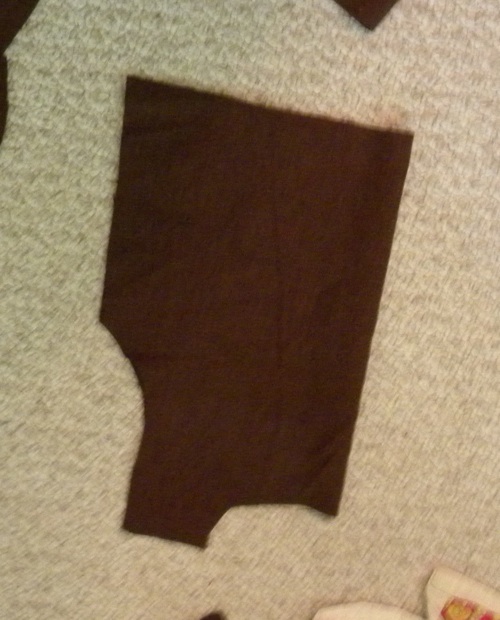 Which, with a three year olds imagination, looks quite a bit like this: 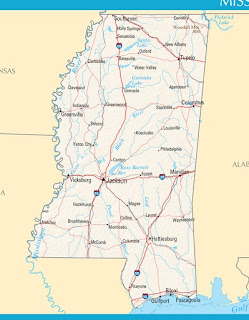 It's not exact, but I was still pretty surprised that she had even a vague idea of what Mississippi looked like.  It's not like she was the one holding the map book in the car.

She's been obsessing over the map for one reason.

Her best friend moved a week after we left Florida to New England.  And she's been missing her friend, who happened to have a little brother Mae Bae's age (they were the trio that went on walks with us almost every morning!).  And so now she calls Mae by her friend's name and studies New Hampshire on the map and asks how her little friend is going to find her here in California.  Which has sparked the increased interest in maps (she already loved to stare at them), but which is also pretty sad.

Apparently she also is learning something about the states in between New Hampshire and California, since she was reminded of Mississippi when she saw the bodice for the Carmelite habit I'm making her.

Now to go downstairs so she can correct me if I call Mae Bae "Mae..."
Posted by Cammie Diane at 11:30 AM