The bear is getting a tad too comfortable.  Tonight he went up on Nini and Gigi's porch and removed the birth feeder for the hundredth time.  The only major difference was that tonight she did it between the hours of 5-8, which means she walked up the stair onto the porch and ripped it down while it was still light outside.  Sigh.

I've never really been bothered by the bears being around, but this one is getting a little too close for comfort.  There was one a few years ago that was scrawny and young (not young enough to have an angry mom near by) that peered at the house like he was lonely (and made us wonder if someone had been dumb enough to feed him) but this bear is a quite a bit scarier since we know that she has a baby around somewhere.

The bear is definitely keeping us close to home.

I guess I get more sewing done that way.  And thankfully there's no sign that the bear has made her way onto our porch, which is where we spend most of the time (could she be intimidated by the baby gates?).

Tonight was a small victory.  I finally finished Sadie's Carmelite habit.  It took about twice as long as the two princess dresses I made for her birthday.  Here's the finished product (and if you add in the doll in the picture it took way longer than the princess dresses!): 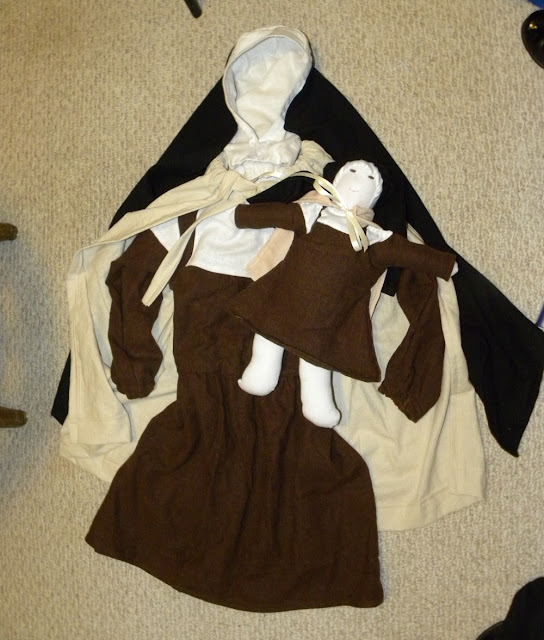 The veil took almost as long as the dress and I can't wait to snap a picture when she's wearing it, because this picture doesn't do it justice.

Tomorrow we're getting read for Sadie's birthday and then I start sewing Mae's birthday presents.  I'm planning to make her a Dominican habit, two princess dress (I have the fabric for a pink, purple and blue... and I'm leaning towards a pink Aurora dress and a purple Rapunzel dress right now...), and a Dora apron.  I'm trying not to think too far beyond that at the moment, although I know that there's another doll to be made (why didn't I cut out all the pieces at the same time!) very quickly.  I'll have two weeks of sewing time between Sadie's big day and Mae's big day so that'll definitely keep me busy.

In other sewing news I came up with a new fitted snood.  It's perfect for those with shorter hair (or no hair) or for anyone who loves this summery look: 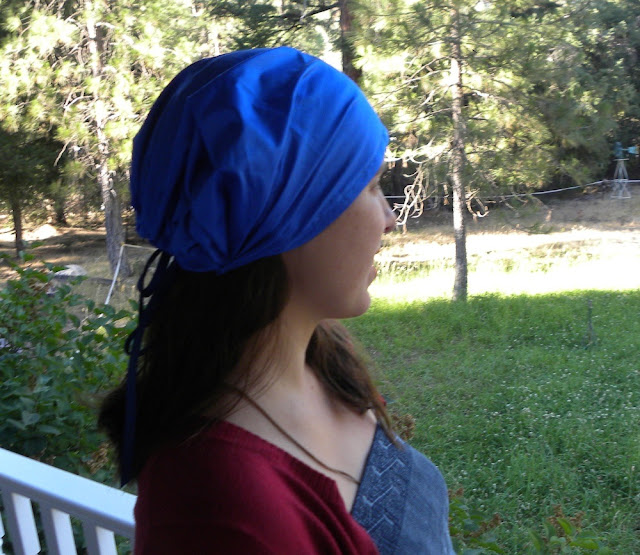 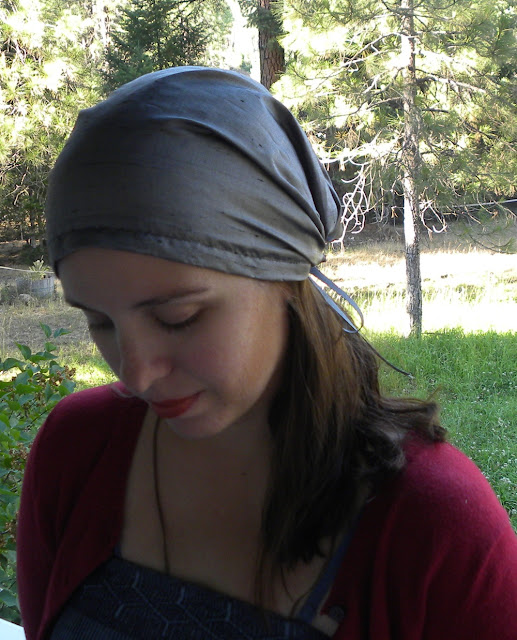 Now to get a little sleep before Mae wakes up and wakes up the baby.  That's right.  Mae is now loud enough to wake up the baby when she yells (from across the room) which then results in the baby having a party at 3am and kick, kick, kicking for an hour.

I have a feeling they're going to be great friends.
Posted by Cammie Diane at 1:30 AM