A Trip to Urgent Care

I finally broke down and went to Urgent Care today.

I should probably back up and explain how we got to today's trip first though.

It started a couple months ago with the ringing in my left ear and the hearing loss and the dizziness.  I wrote about it here when it really started to freak me out and when I was finally planning on going to get checked out.

But then something happened.  I had a migraine and, as I always do, took a dose of Benadryl to help the migraine (it works just about every time for me) and I saw immediate improvement for several days.  I was better!  I didn't need to go to the doctor.

That carried me right in to the last few weeks when I had doctor's appointments for various kids, hearing tests, therapy  and meetings; planning and scheduling and evaluating took up just about every day in my calendar.

The ringing and pressure and vertigo crept back in gradually, not every day at first and then with increasing frequency.  This week horrible, horrible headaches started to become a daily occurrence and the allergy medicine didn't touch them at all.  So I started writing down the symptoms.  I quickly saw that it was happening much more frequently than I'd realized with pain, ringing and hearing loss and horrible, horrible pressure, becoming a daily event. I also had to admit that I really, really, really didn't want to see my doctor.  For those of you who haven't been here long, she pushes the pill like she works for the pharmaceutical companies. Why does that bother me? some might ask. Because she does it at the expense of my health.

When I've gone to her in the past for just about any ailment from a migraine that won't go away to ear problems like I'm having now, the only thing she wants to talk about is the pill.  Nothing else is ever addressed, as she waves off every other complaint and concern I have.  It's incredibly frustrating.  I think there was one appointment where I managed to avoid an in depth discussion about it.

And I just didn't feel like I would get good care from her with her fixation on my ovaries and her treatment of other issues in the past.

I called the office yesterday and gave my information and asked if I could see someone other than my normal care provider.  The receptionists hysterical laughter made me think that maybe, just maybe, this wasn't the first time this had happened.  They could get me in next month.  Or I could call back and see if there was an opening today.

So I called back.  And they could only get me in to see her.

Then the headache started back up.  And I burst into tears because Paul will start working on Monday and will be gone all day every day between the three jobs and tomorrow I have four therapy appointments to go to and today was my last chance.

I told Paul I needed to go to urgent care and he agreed (and was obviously thankful that I was going somewhere).  And so I went, so used to my own doctor brushing off my concerns that I half expected to hear that nothing was wrong and all of this was in my head. 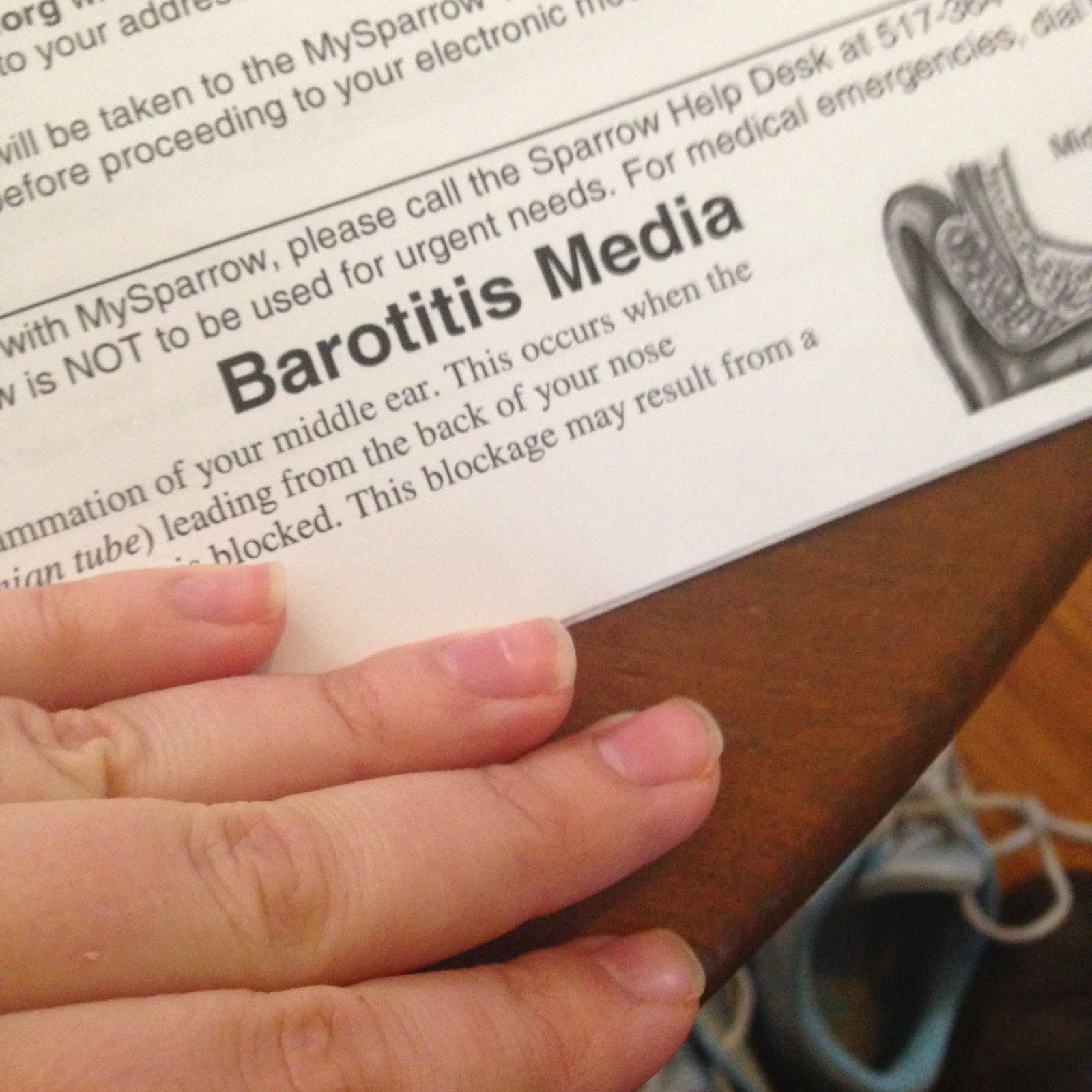 Instead the doctor came in quickly (at my usual office I have to wait for hours).  He was friendly.  He looked in my nose and could immediately tell something was wrong.  He looked in my ears and said he could see fluid and that I have a middle ear infection and they'll be starting me on antibiotics and steroids today.

I am hugely relieved.  Paul's out getting the prescriptions.  And I have a number for an ENT to call if the problem goes on for more than five days.

And after realizing how much I didn't want to go to the other place, I think I'll be calling my insurance and seeing about switching primary care physicians, so that I don't find myself making excuse after excuse just because I don't want to go in and hear about how "your priest should stay out of your bedroom" (actual advice given during our first appointment).

I'm so relieved and so thankful that it looks like it's something that will clear up quickly and easily.
Posted by Cammie Diane at 12:35 PM