Long Ago... Story Time with Sadie 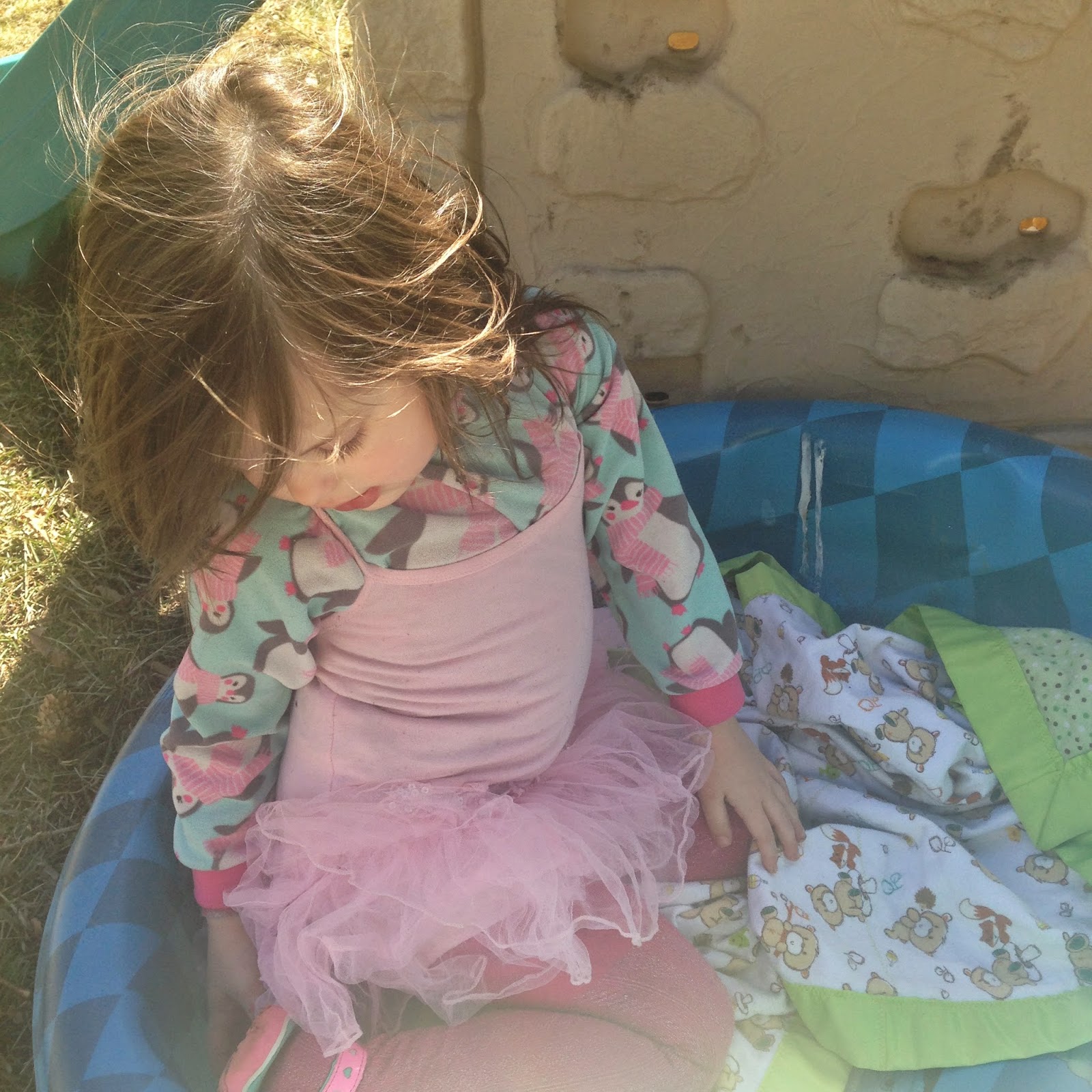 Last week after seeing how eager Maggie was to escape from the stroller so that she could attempt to go down a steep river bank to a river we were walking past Sadie started to talk about how it was very important to teach Maggie that rivers can be dangerous.

Today while we were walking to Sadie's ballet class we walked by the same river.  "Can you tell Maggie a story about... you know... what we're about to walk by?"

"Why don't you make up a story today."  I suggested.

A few minutes later, as we approached the bridge, she began:

"Long ago in ancient days, legends tell of a time when mermaids brought their babies to swim and play.  But then a crocodile came.  And ate them all.  Every single one.  He was a very good swimmer.  And not one of them was found.  Ever again.  And that is why we should never go down and swim in that river Maggie."

I glanced over at Maggie and saw her straining to stand up on the strollers foot board to get a better look over the railing at the river.

Somehow I have a feeling she's not yet been convinced.
Posted by Cammie Diane at 10:29 PM