After yesterday (thank you all so much for all the prayers!  I got a call last night from radiology and I'll be going in for the MRI on Monday at 9:30 at night, so we won't have too long to wait!) I thought I'd post something a bit more lighthearted and I had about a hundred pictures from our field trip to the zoo that I was dying to share, which I managed to prune down to these chosen not-so-few.

We were already out and about because Mae had an OT appointment.  So the other three kids and I did a lap around the hospital in super slow motion during her appointment and fielded at least a dozen questions about the stroller from people who told me it was the coolest stroller they'd ever seen (it is definitely a conversation starter).

When OT was almost over I put James in to see how he would do, and then we met Mae in the hallway and headed over to the zoo. 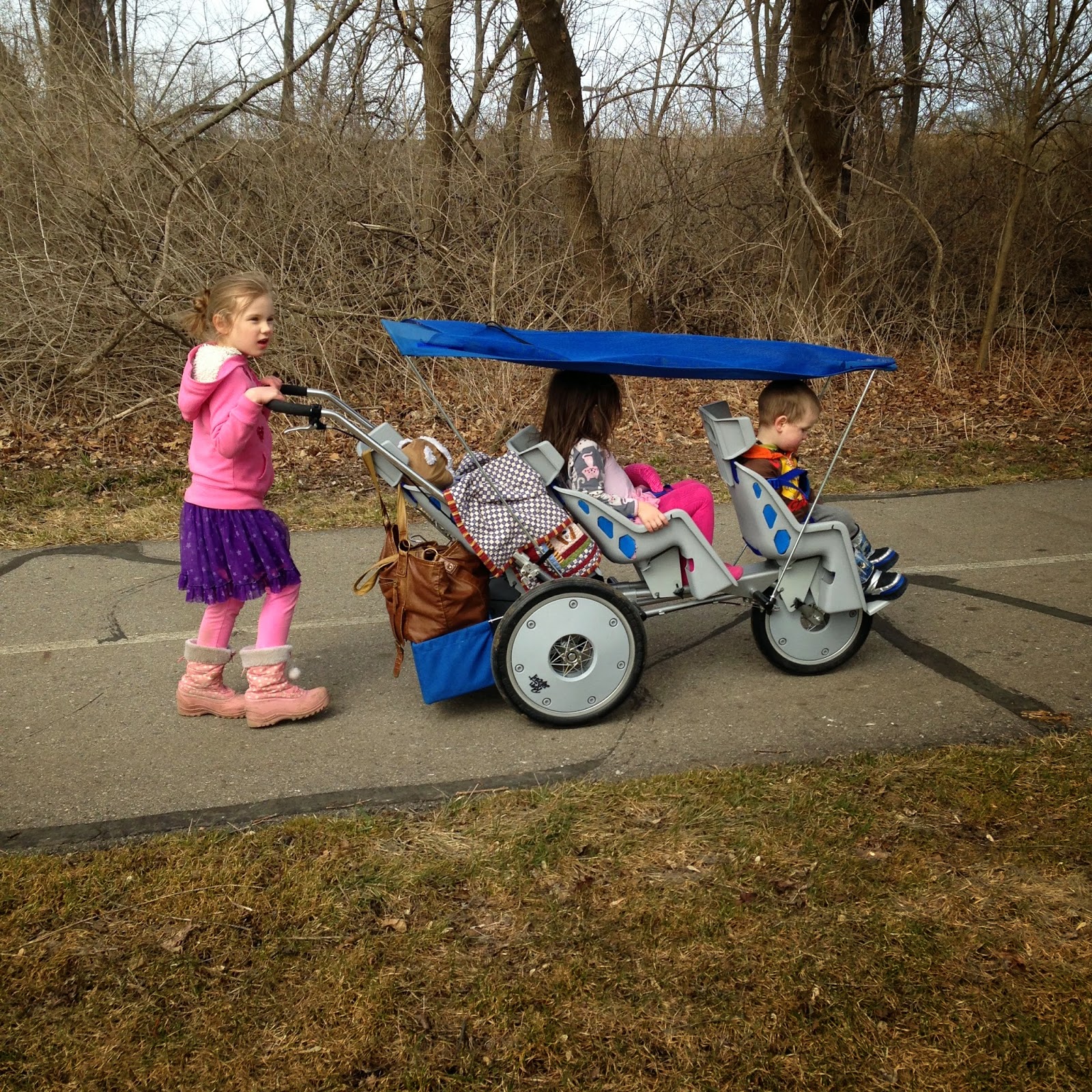 Sadie asked that we take the long way through the parking lot to visit the Pluto placard... because Pluto is still her favorite almost-sometimes-it-depends-on-who-you-ask-planet. 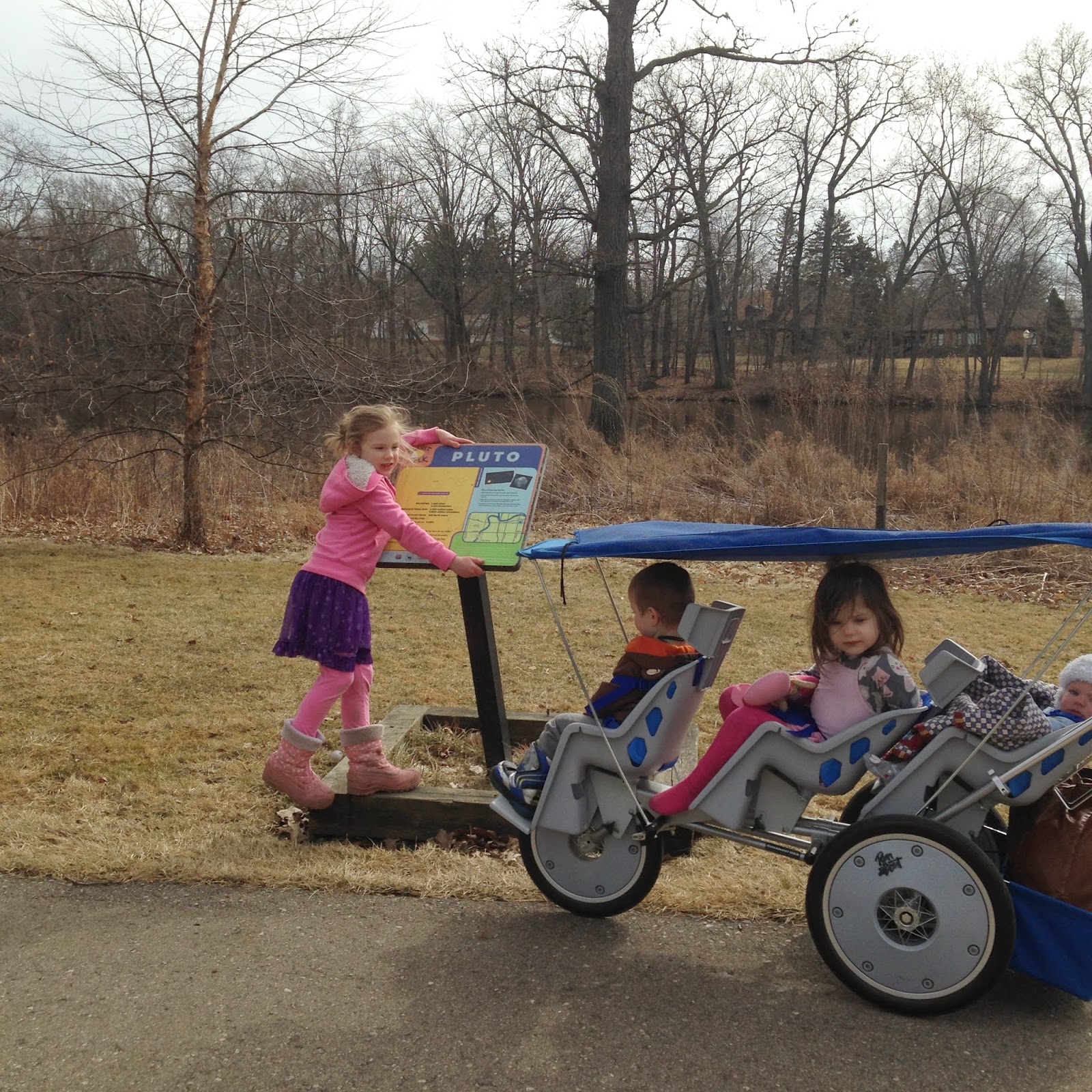 The kids definitely approved of the days choice for activities, even if the walk was a bit long. 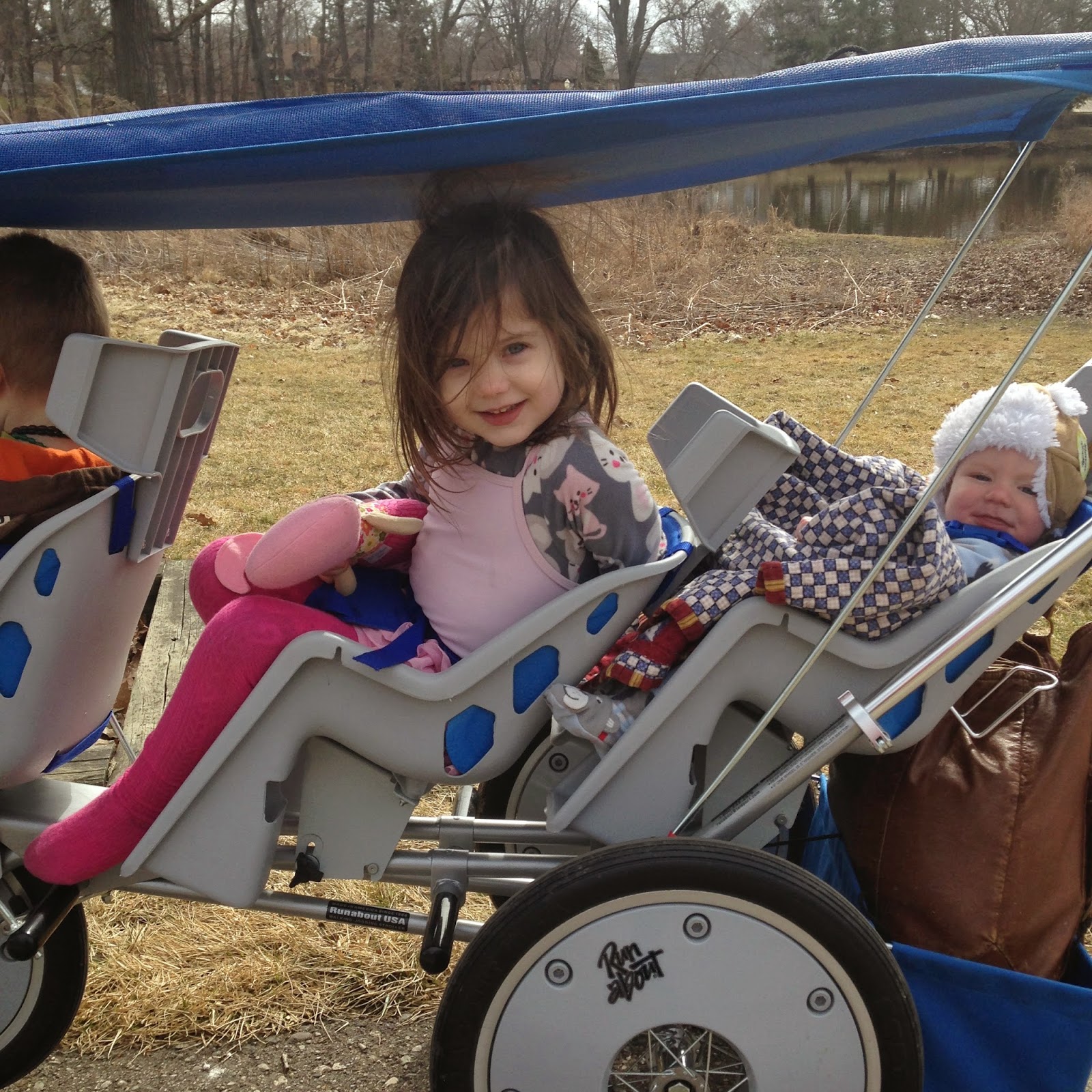 Even Patch who was a little grumbly about waiting for his sister in the waiting room was happy by the time we got to the zoo. 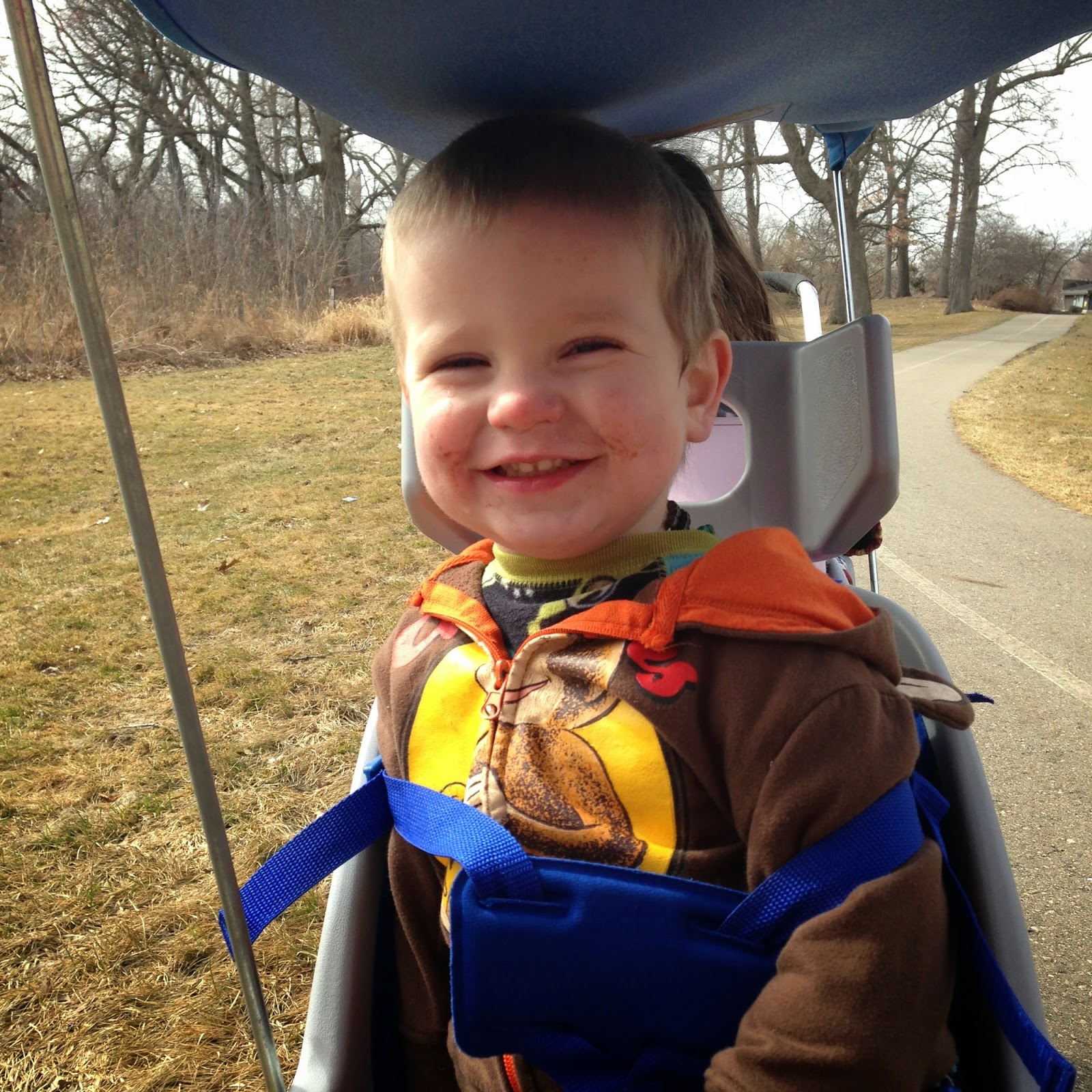 And James was reveling in being a big boy and sitting up in his own seat. 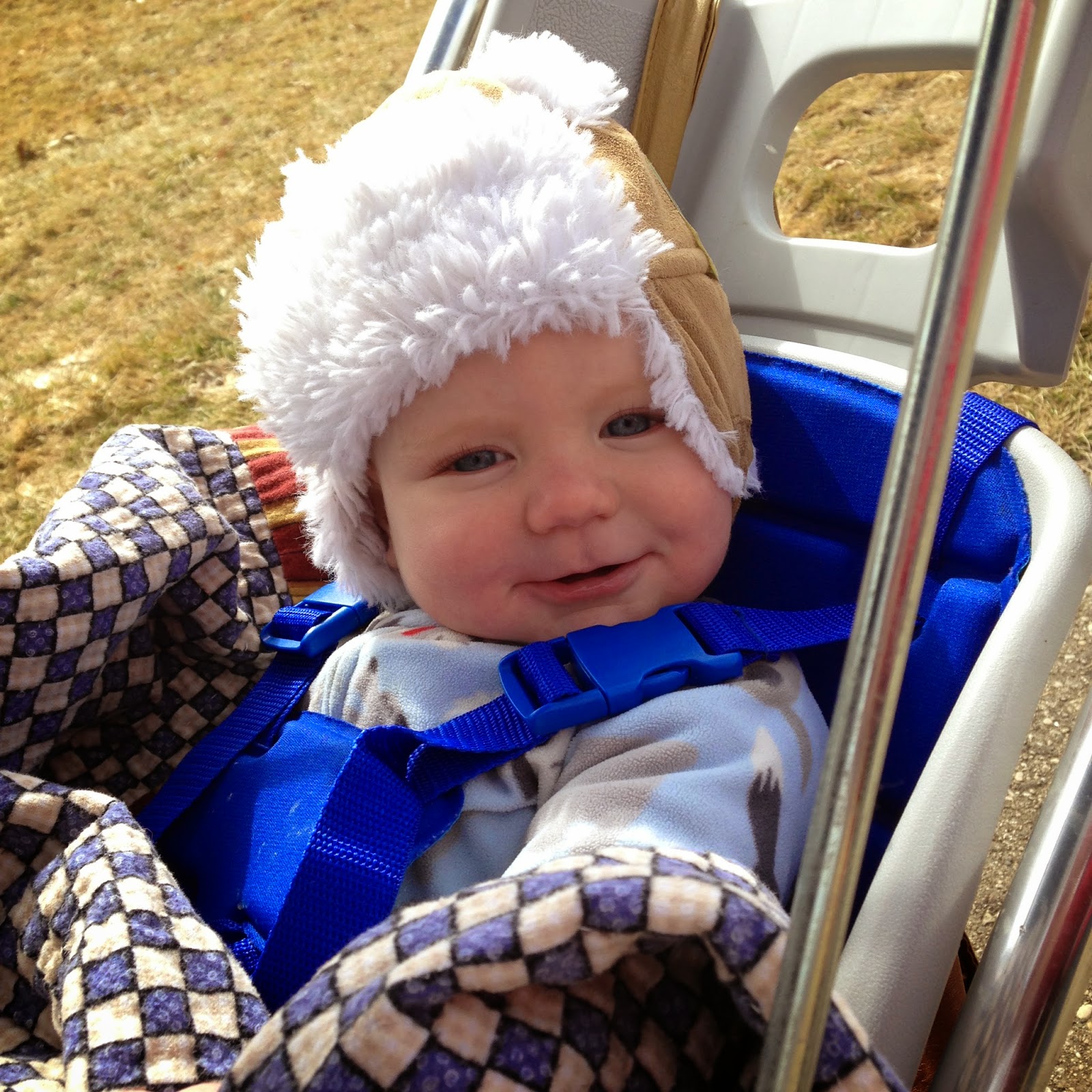 Sadie stopped to take her picture with the swan, and to pretend to be a swan: 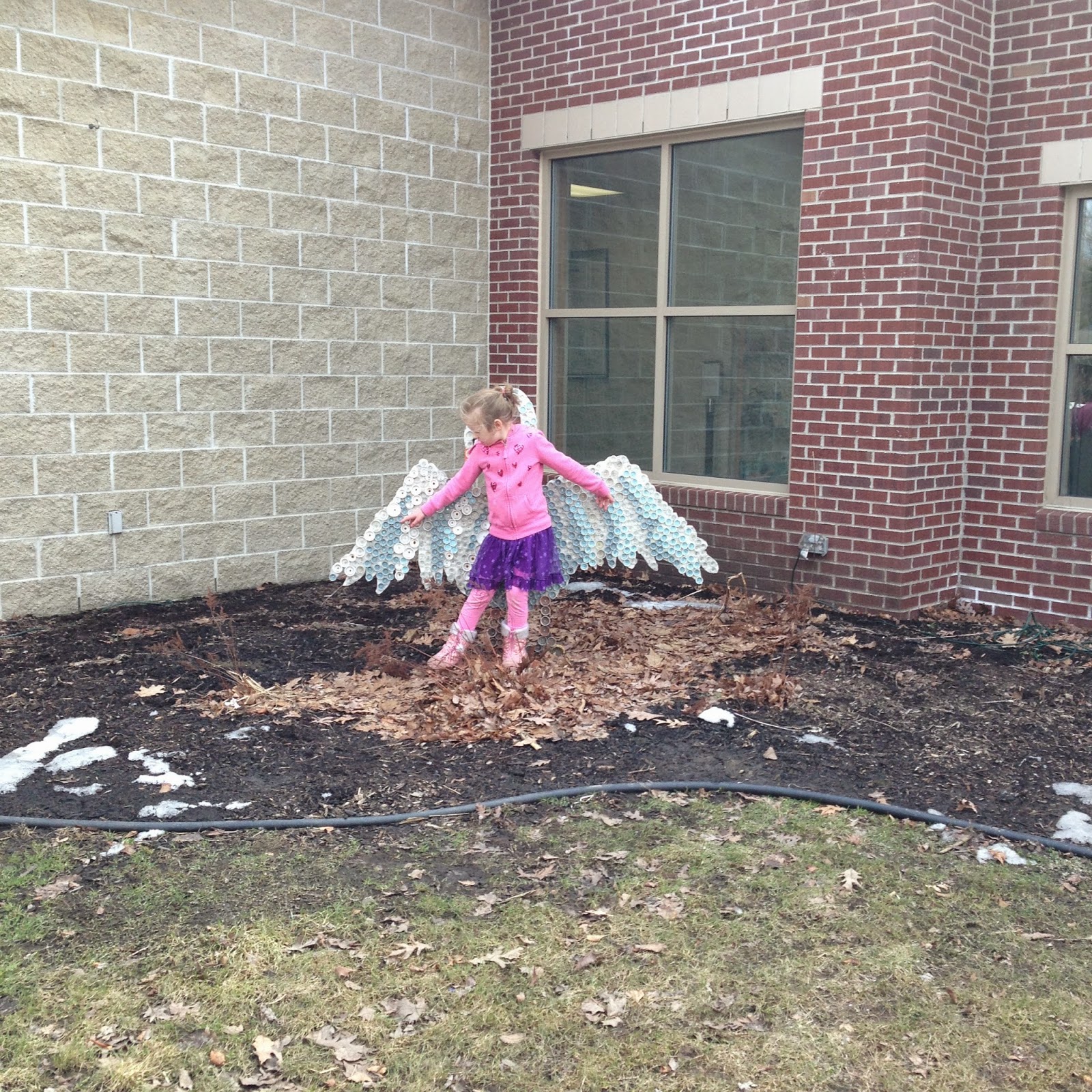 And two of the wolves came over to visit us, while Patch screamed "Puppy!!!!! Puppy!!!!!" in his most excited voice (that's also his reaction every time we walk by a dog on the street or in a yard... the boy is dog-crazy). 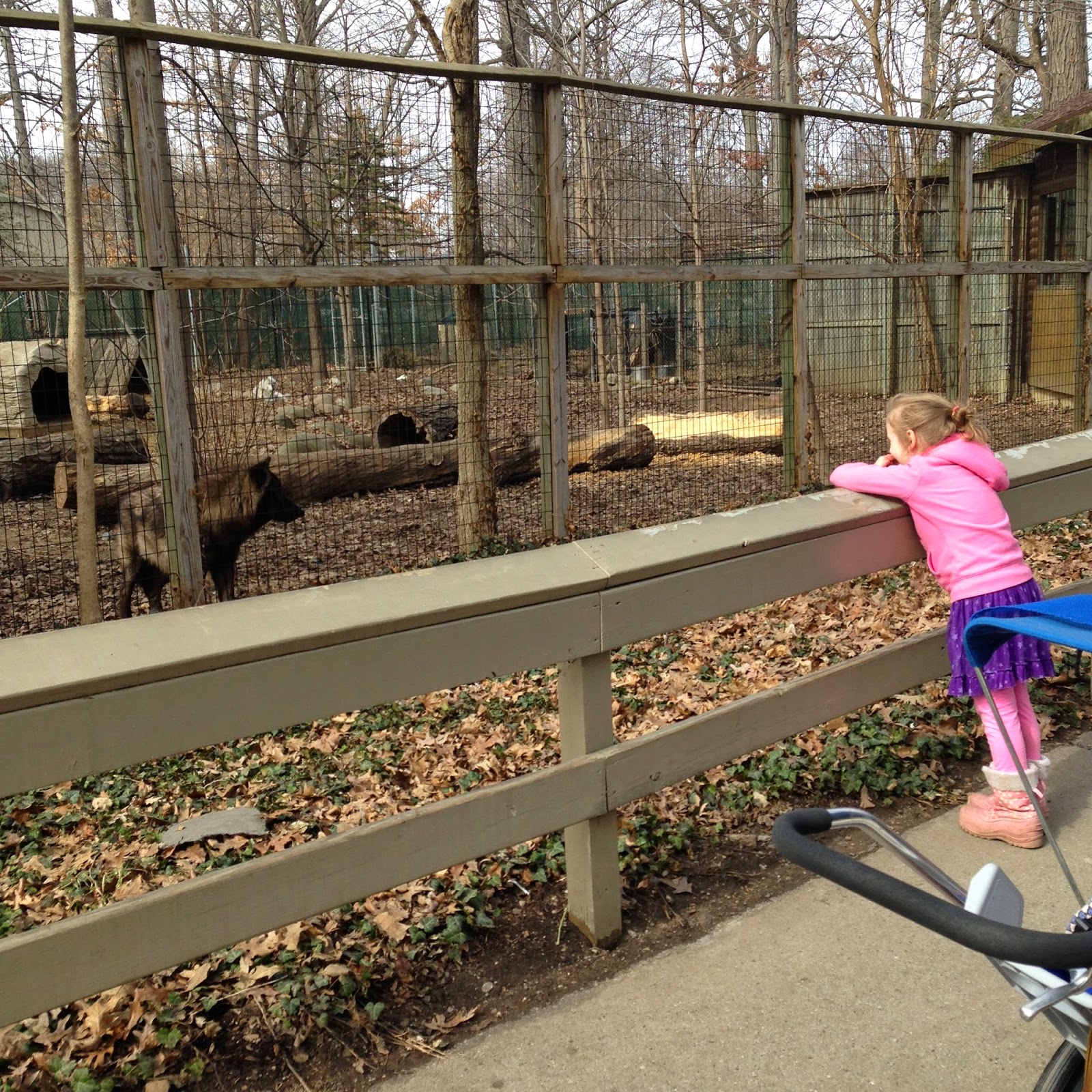 We checked out the space they're building for a new exhibit and learned some facts about crows and ravens: 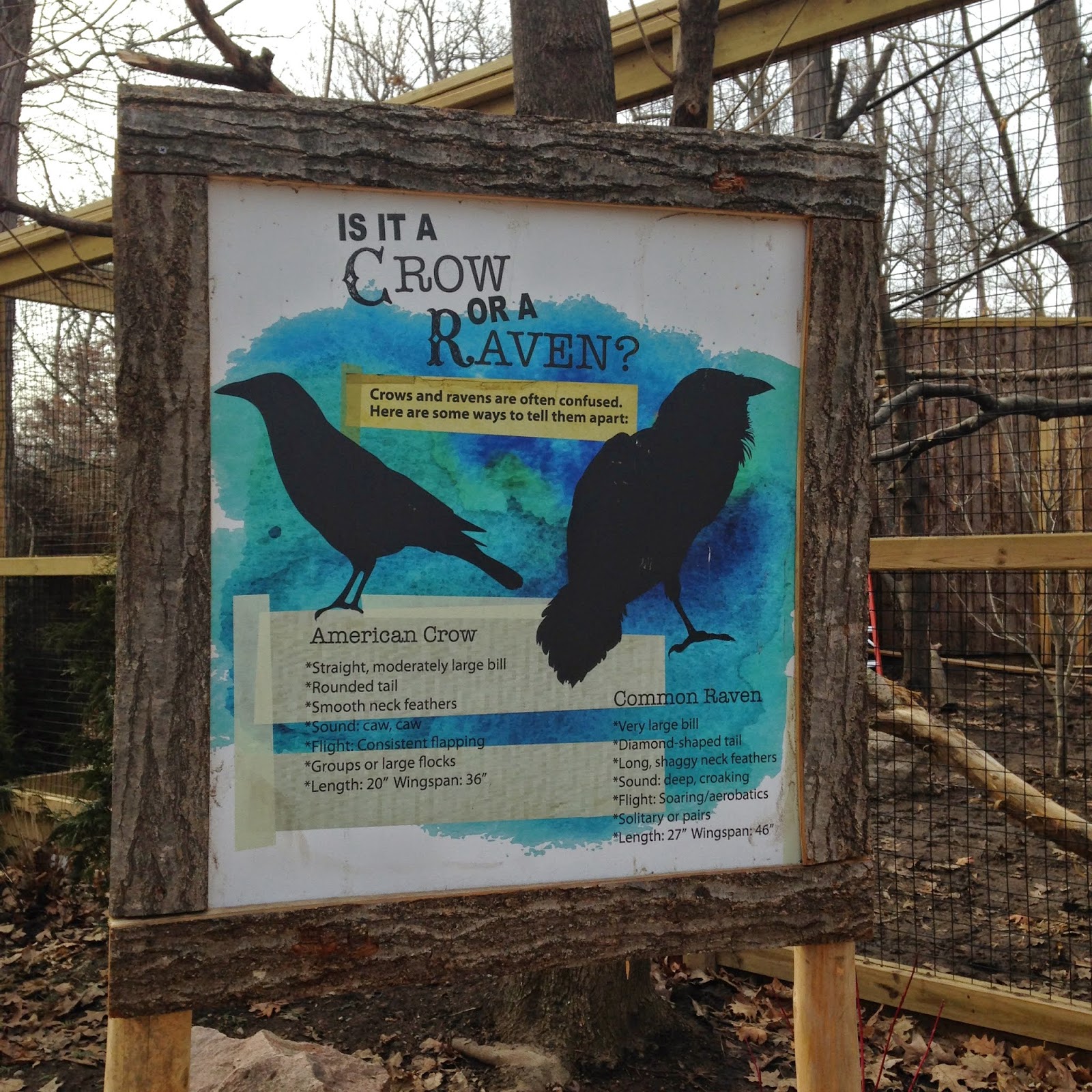 The peacocks were a big hit: 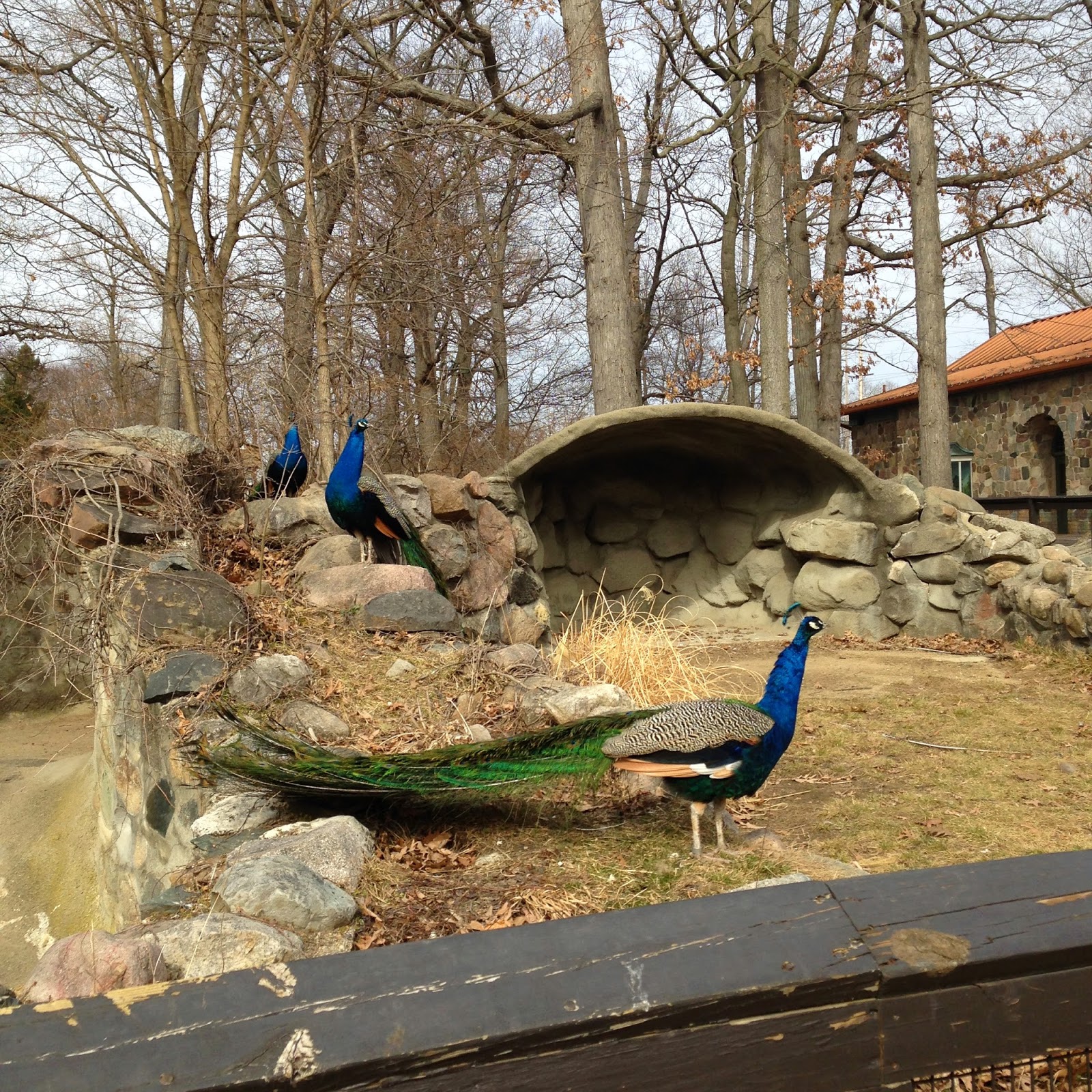 Although the penguins were even cooler: 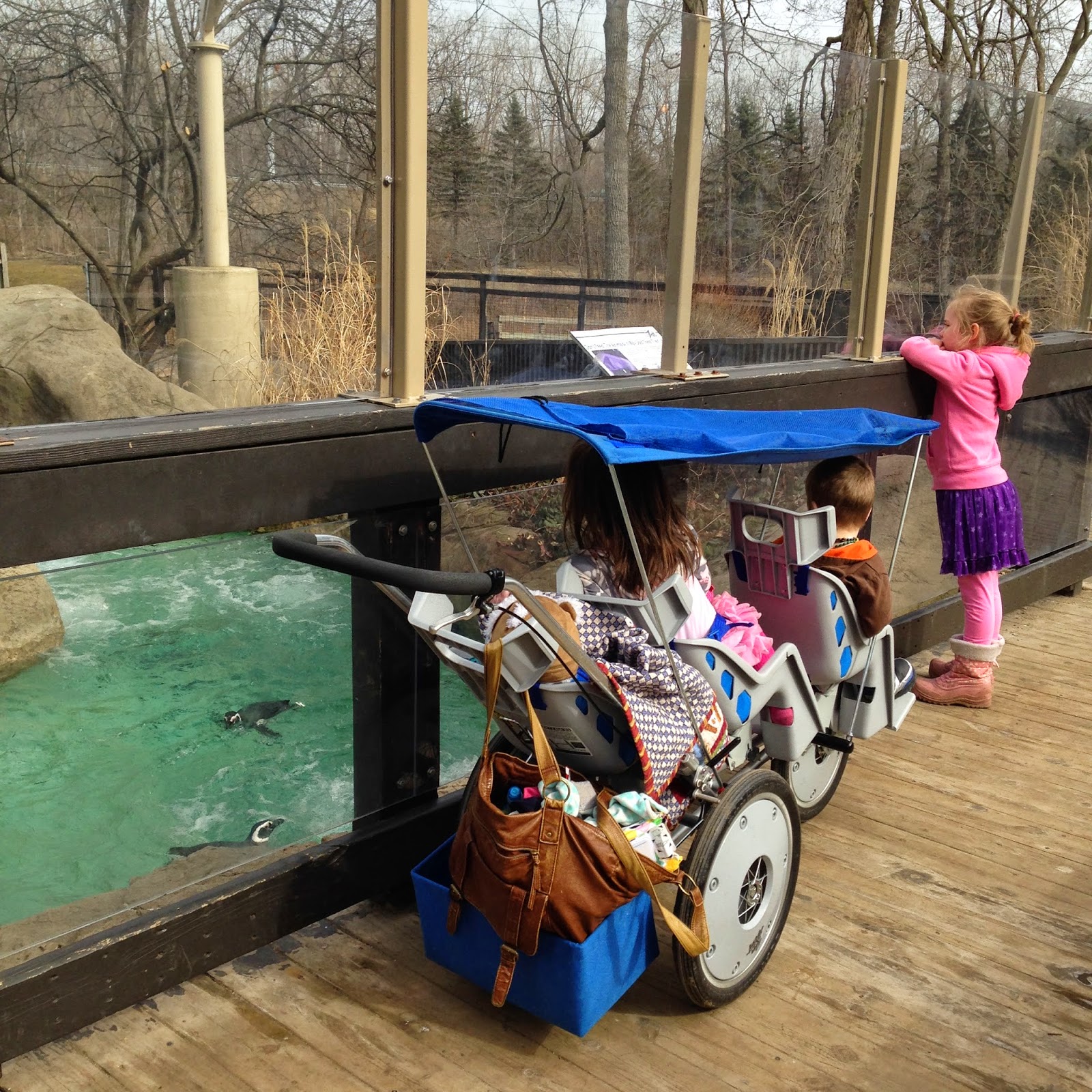 And we checked out the river, which is still partially frozen: 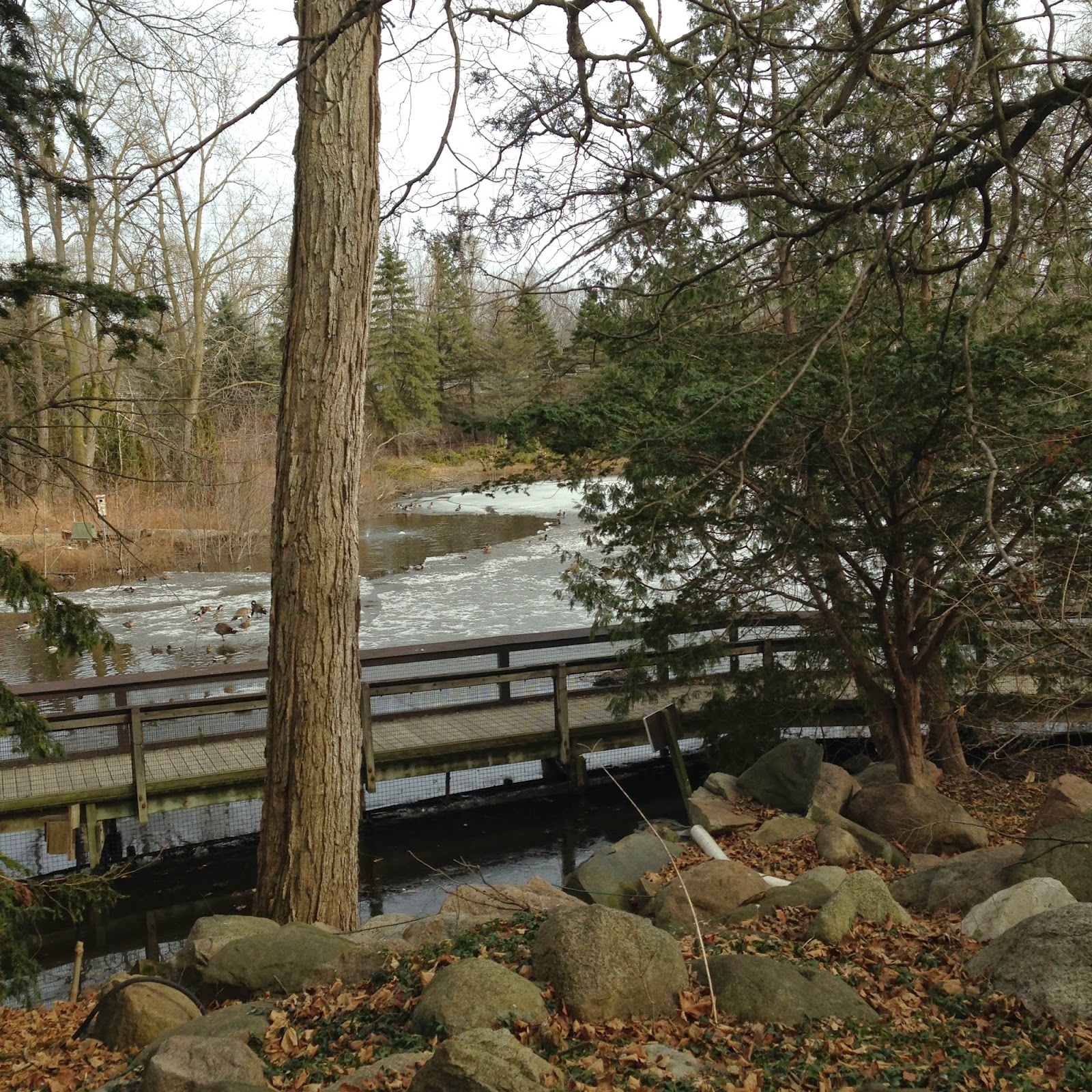 While the new bird exhibit has a neat sign, I'm more excited to see this come into being: 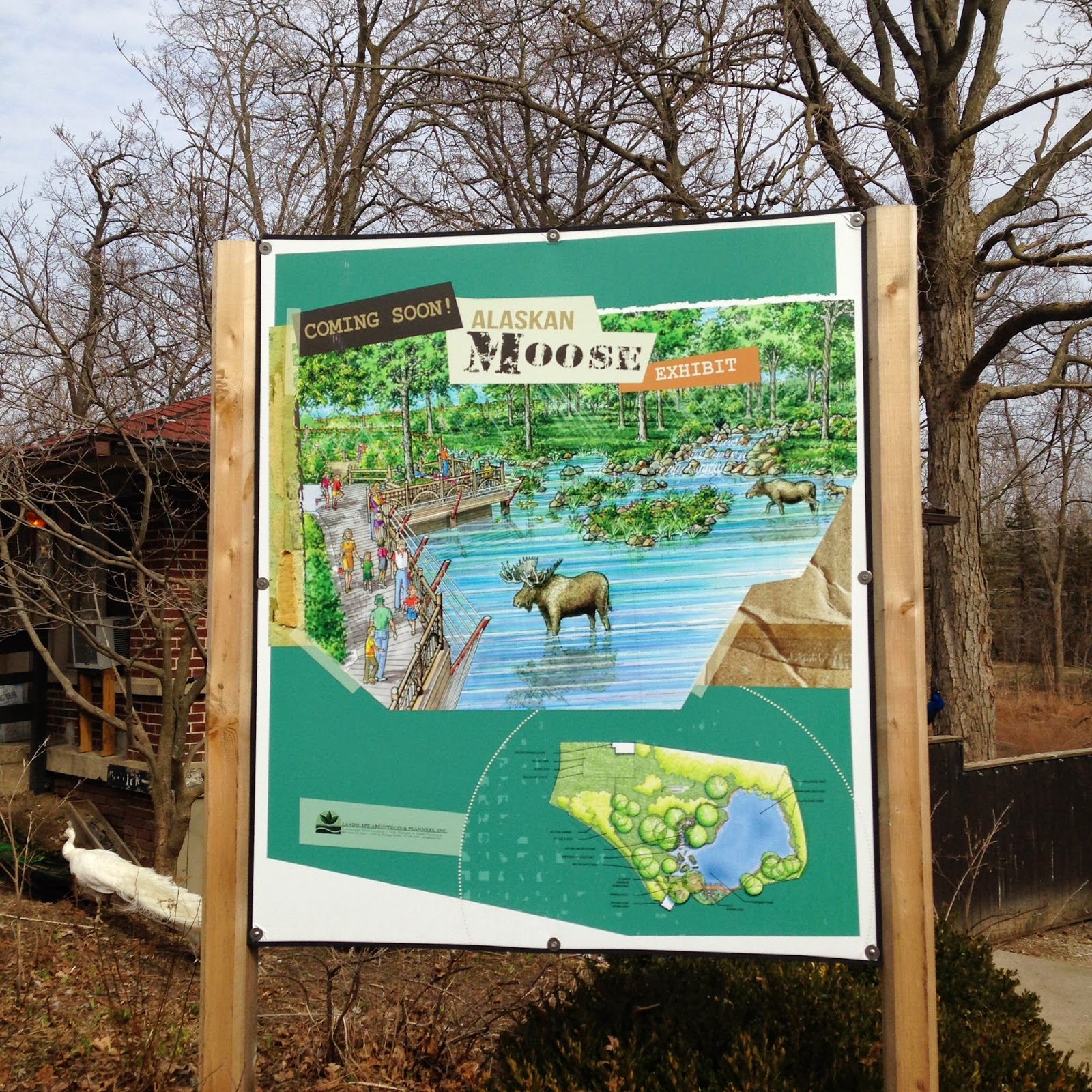 Although Sadie asked, "What's so special about a moose?" when I talked about it a bit too much. 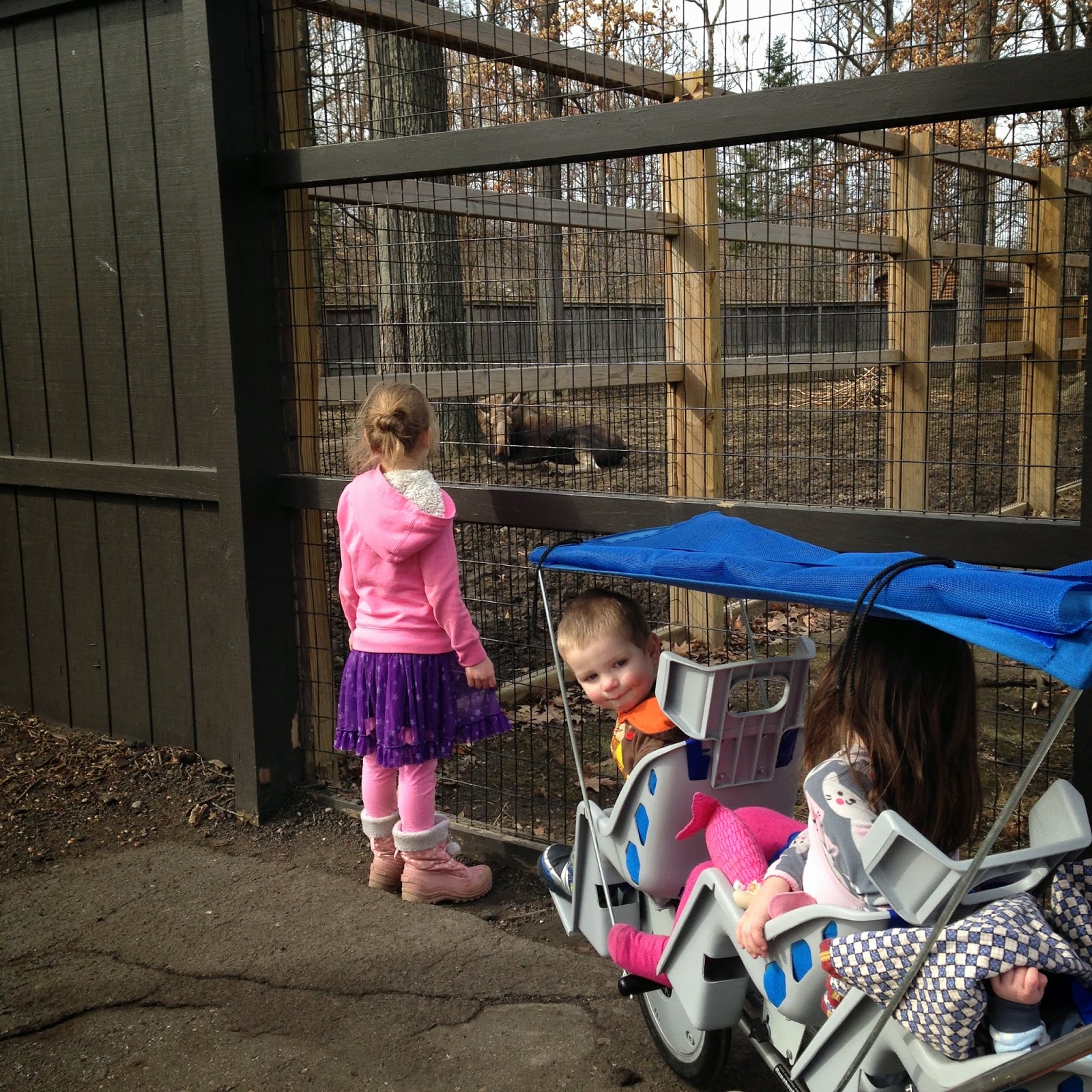 She asked if we could stop and say a rosary at the children's memorial garden.  I told her I didn't think the babies were going to be on board for holding still that long in the cold so she announced that she would be praying three Our Fathers, three Hail Mary's and three Guardian Angel prayers before we went on. 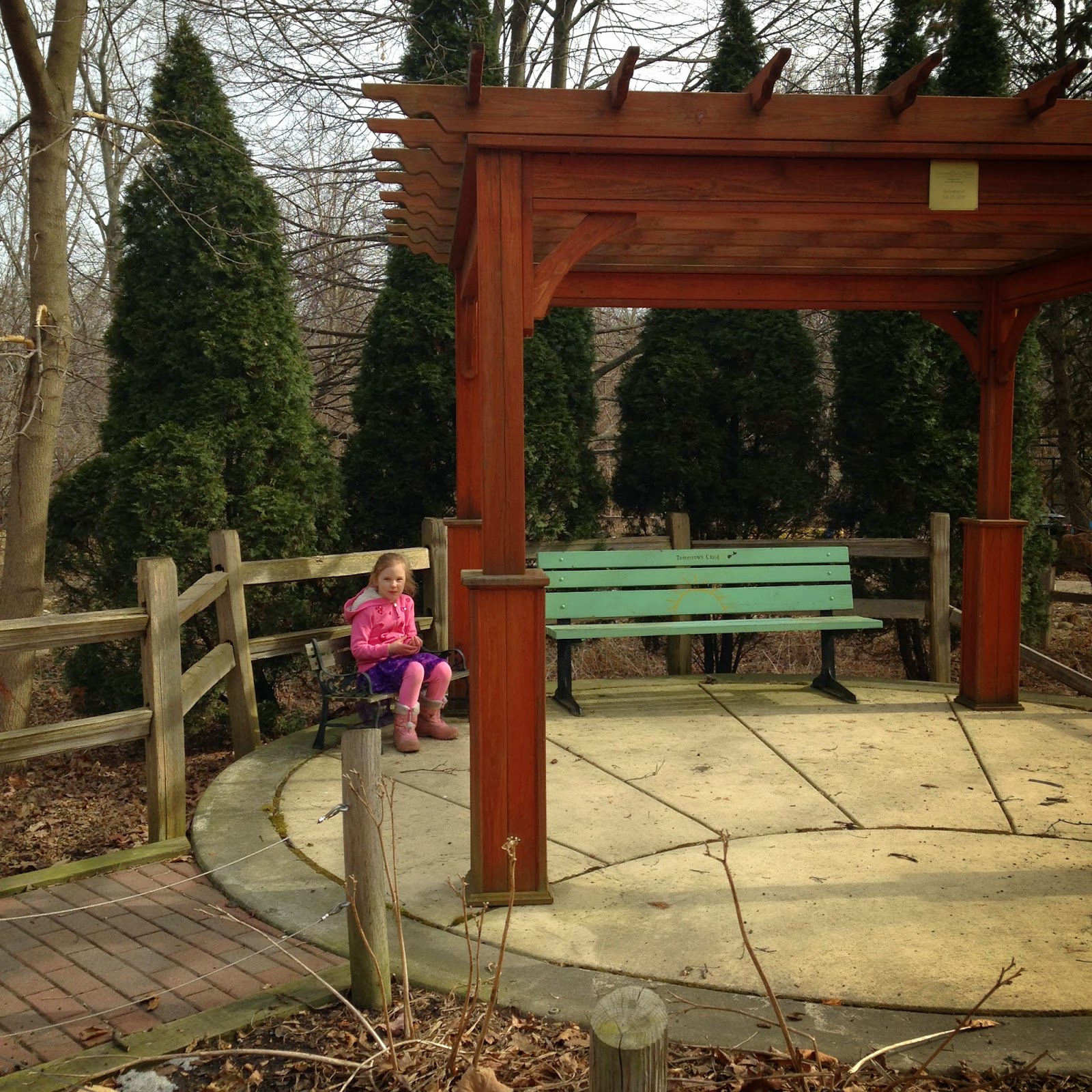 And she did (and led everyone else through doing the same): 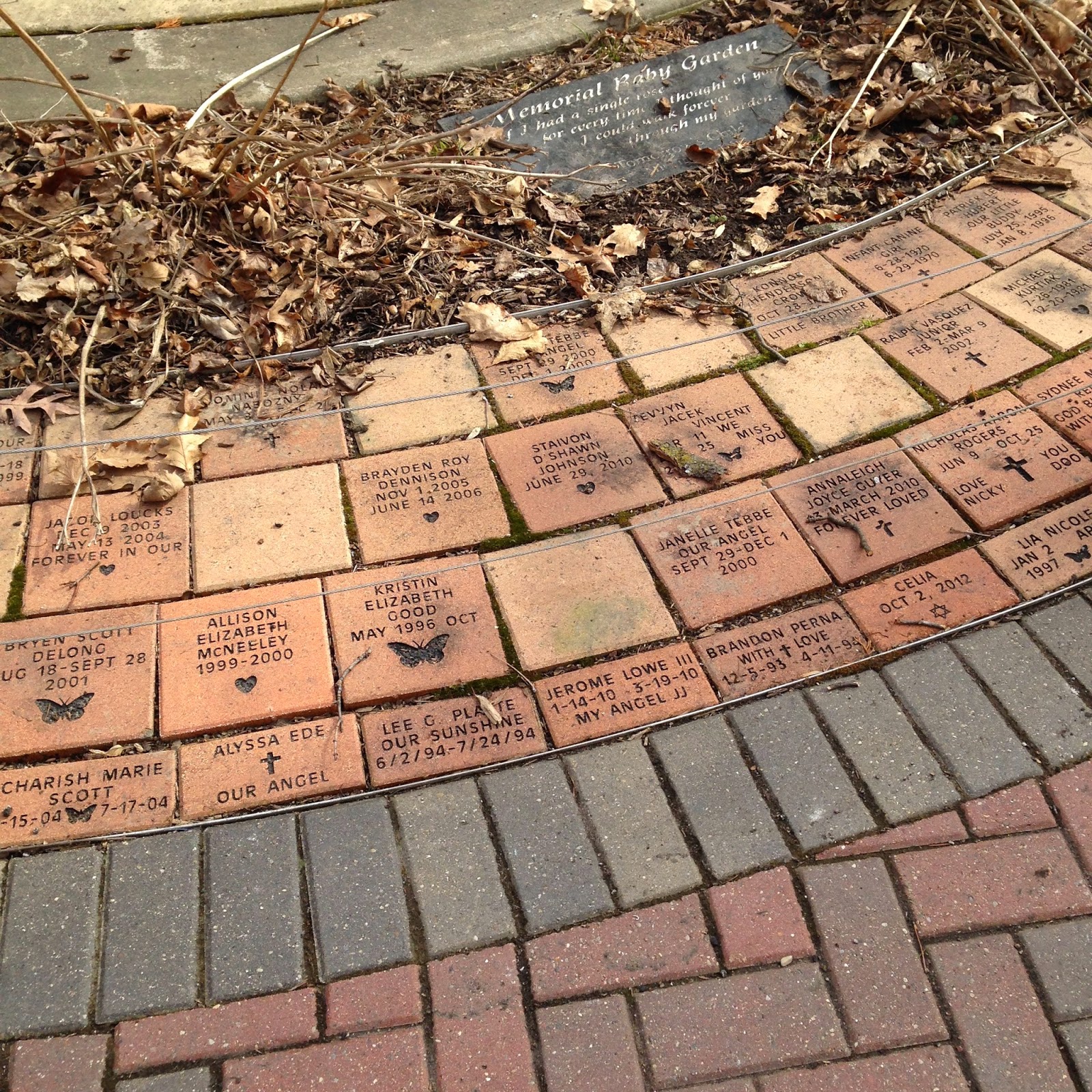 Then we went back to hang out with the otters while we waited for Paul to get off work: 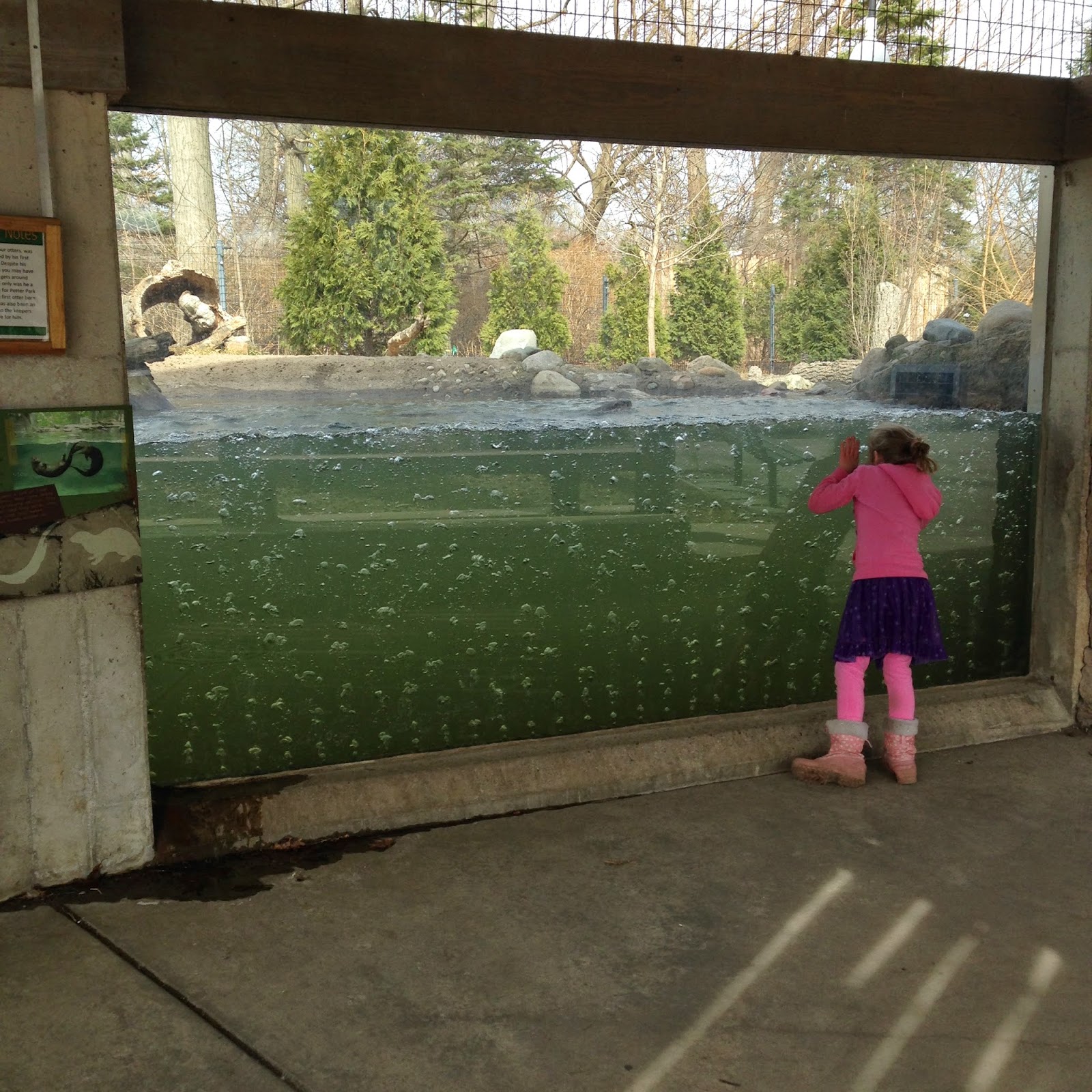 And we got a glimpse of the bald eagles talking.  I'm pretty sure they were trying to convince a zoo keeper who was walking by that they needed dinner ASAP!