That One Time. In Malaysia.

Last Friday the kids and I were hanging out outside of the building that Mae has speech therapy in (while Mae was inside).  While the kids played I found myself asking God if maybe, just maybe I could have one child who doesn't see an open field and take off at a sprint without looking back (Patch is proving to be as much of a runner as both of his older sisters are/were).

I also may have been silently suggesting that maybe he could bless us with one child who would actually follow along like an obedient little duckling in a line (ahem... James... please...) when Sadie headed towards a slide and the conversation that followed went something like this.

My oldest definitely has a flair for the dramatic:

What happened in Nebraska is that barely four year old Sadie climbed up a gigantic play structure slide (of the sort that probably hasn't been built in thirty years because playground these days aren't that giant or metal or dangerous) while our broken down car was being worked on and while Paul was intently talking to someone on the phone I had to haul my gigantically pregnant self up to rescue her when she was too scared to go down the slide by herself.

Almost three years later she apparently felt that she needed to prove that she in fact could climb a not-nearly-as-giant ladder to go down a not-quite-so-big slide.  And she did it. 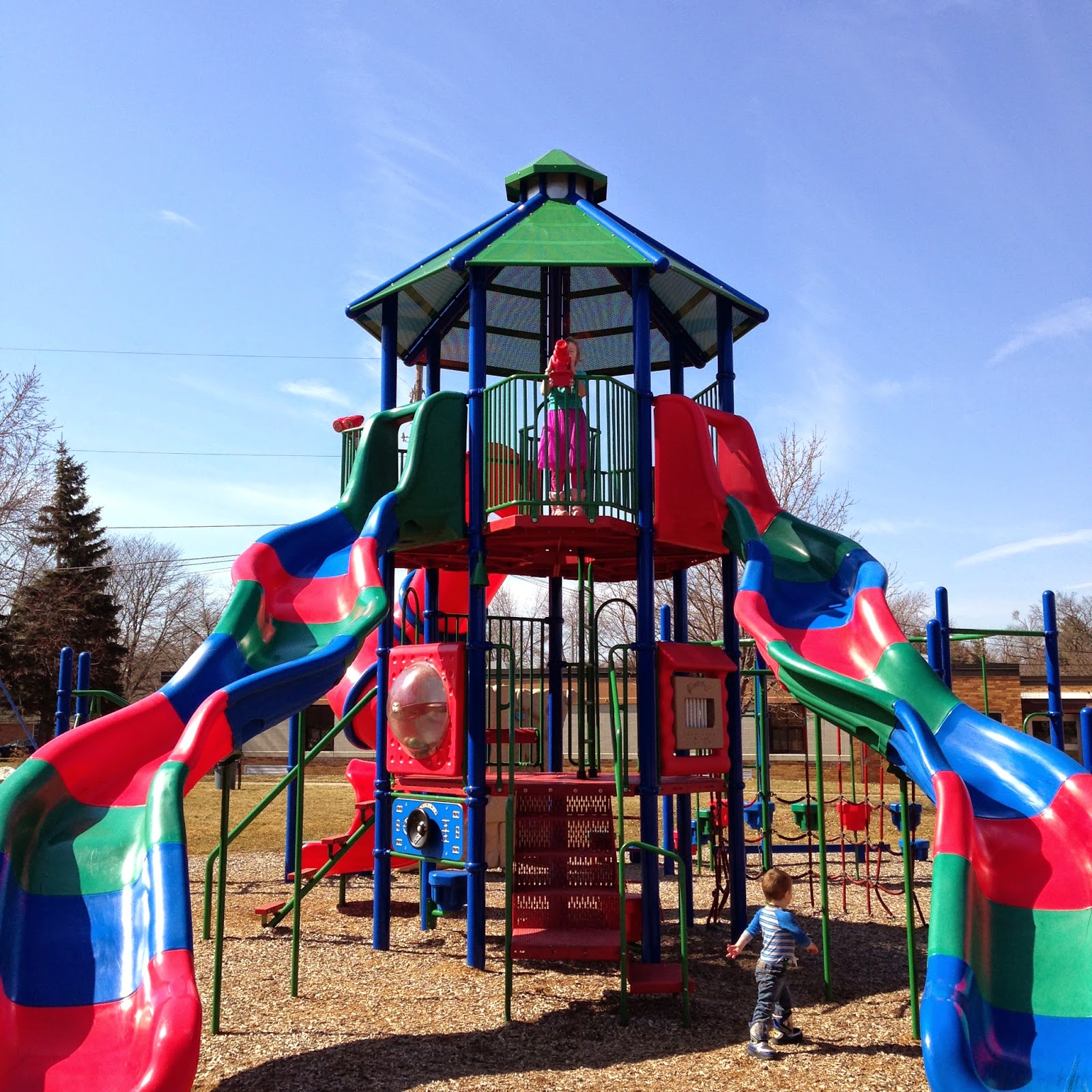 Although I have to admit this slide looked pretty safe to me.  Until she went down it. 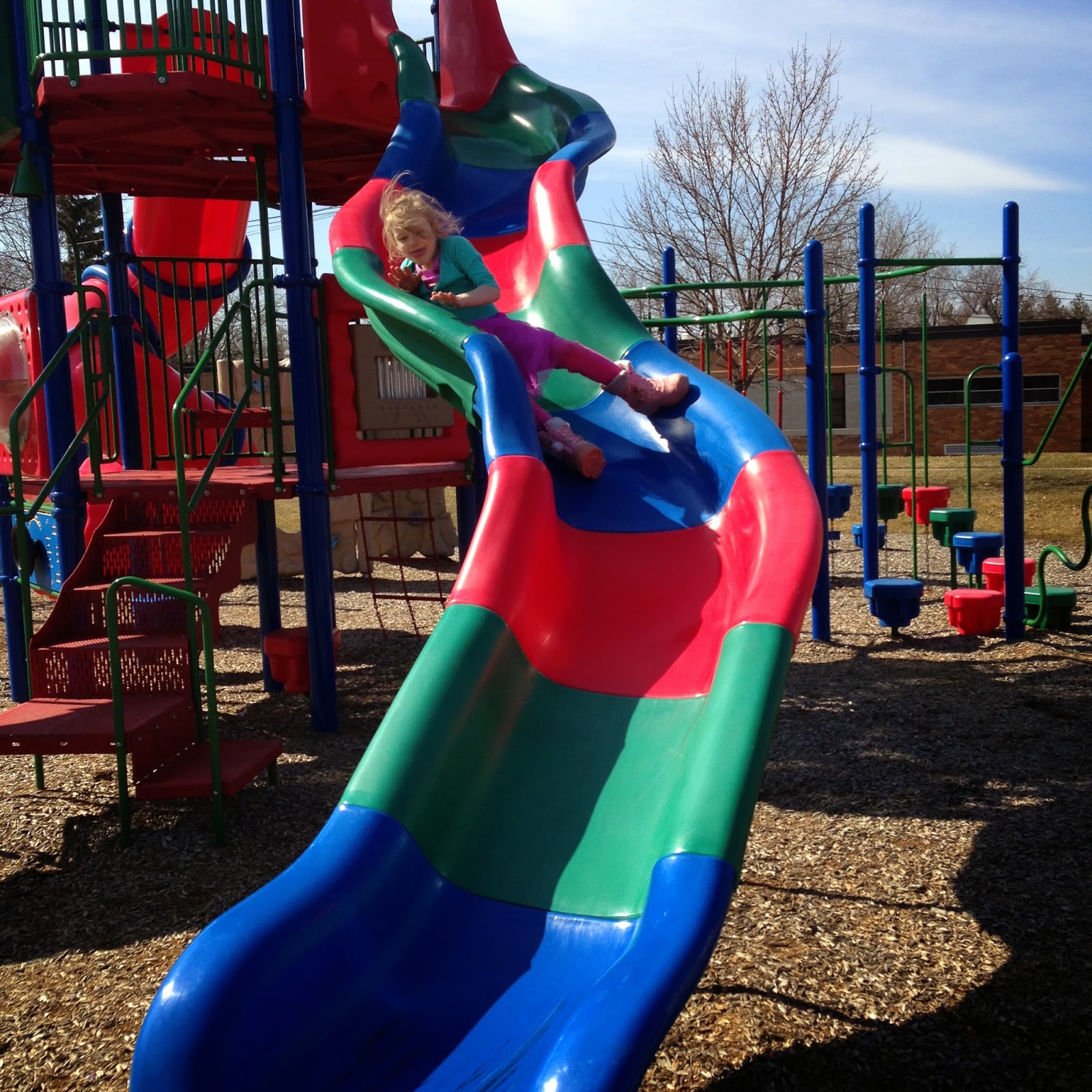 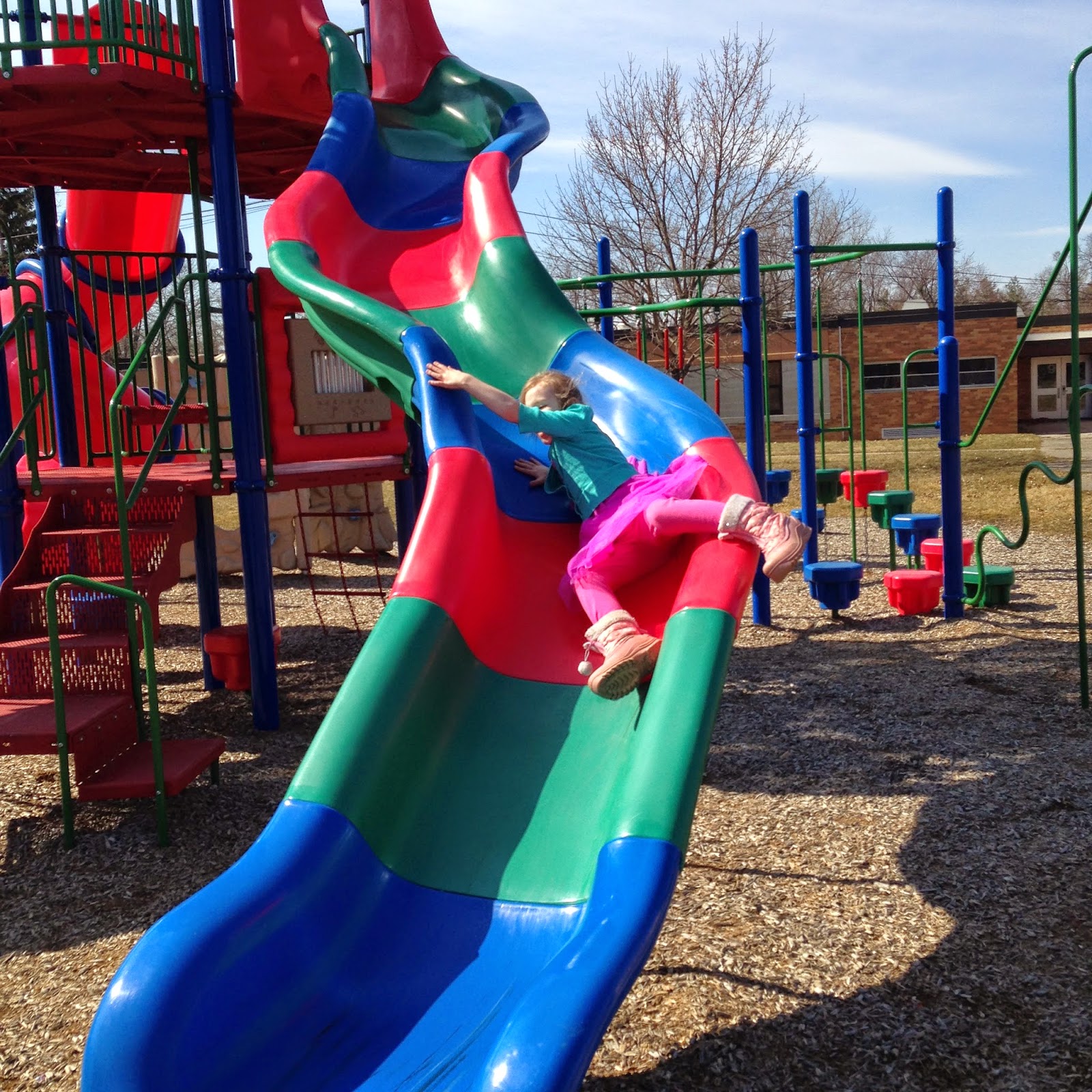 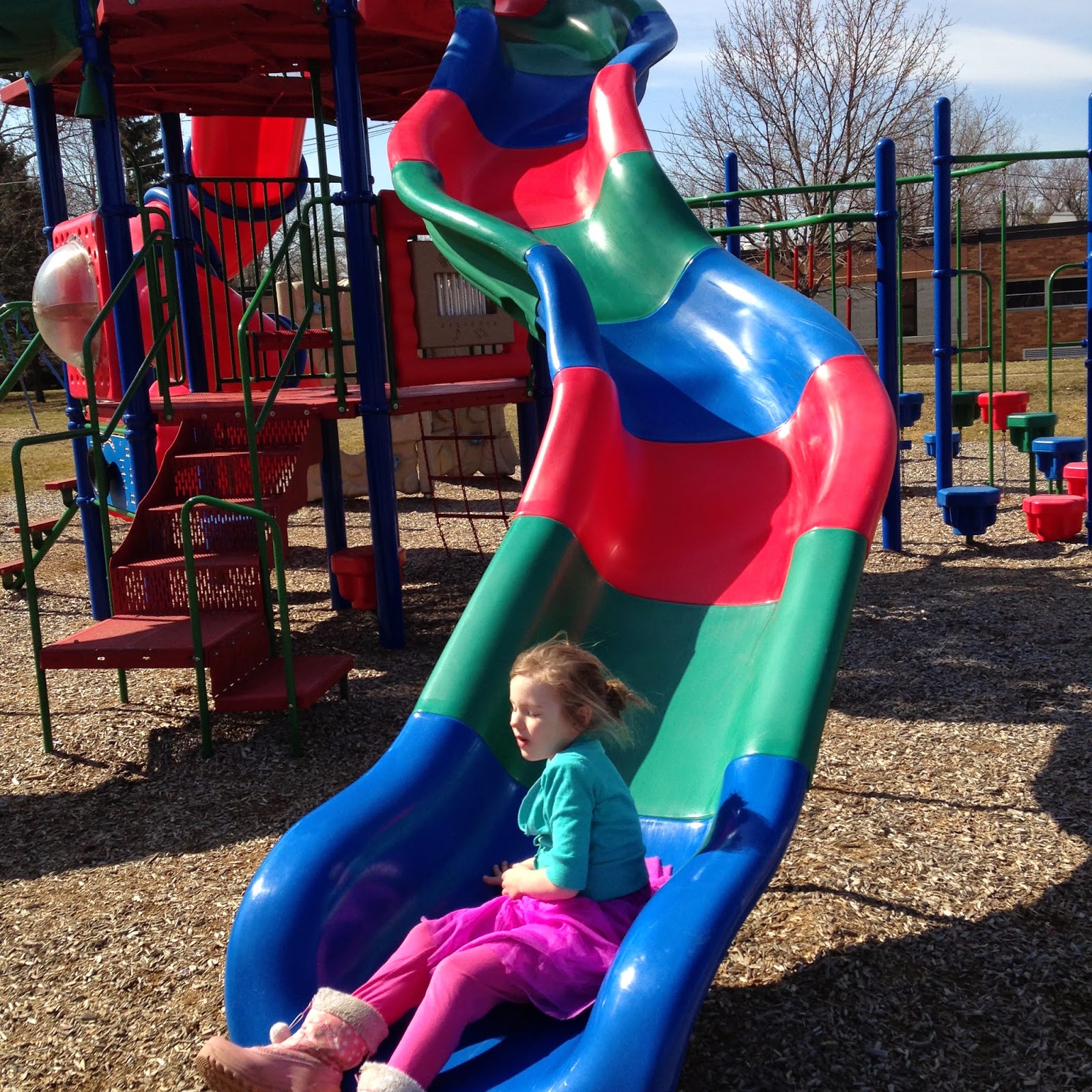 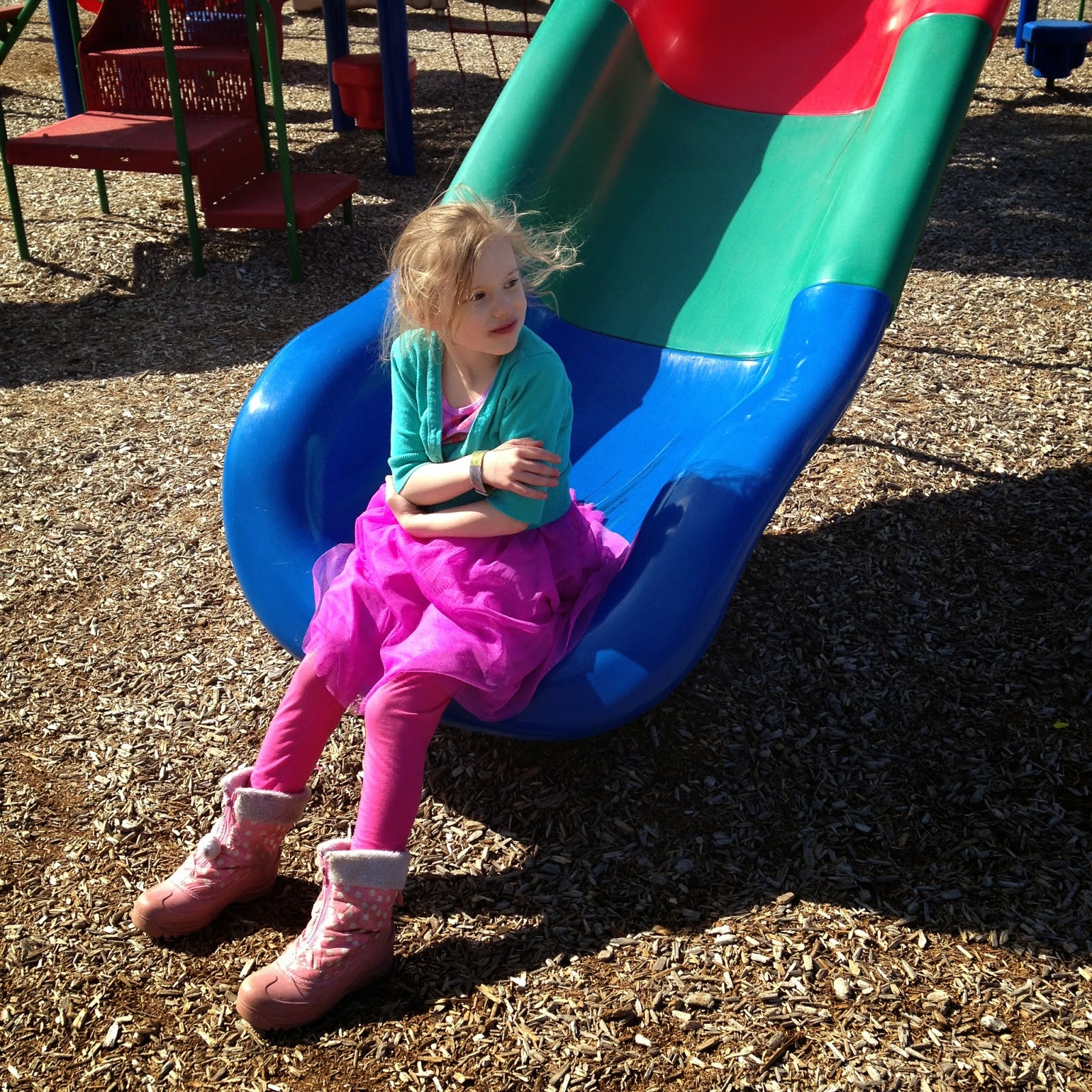 But she seemed to count it as redemption after the Nebraska debacle (which I guess I shouldn't be surprised she remembers so clearly!).

And thankfully when Patch runs off I have Sadie to chase him down: 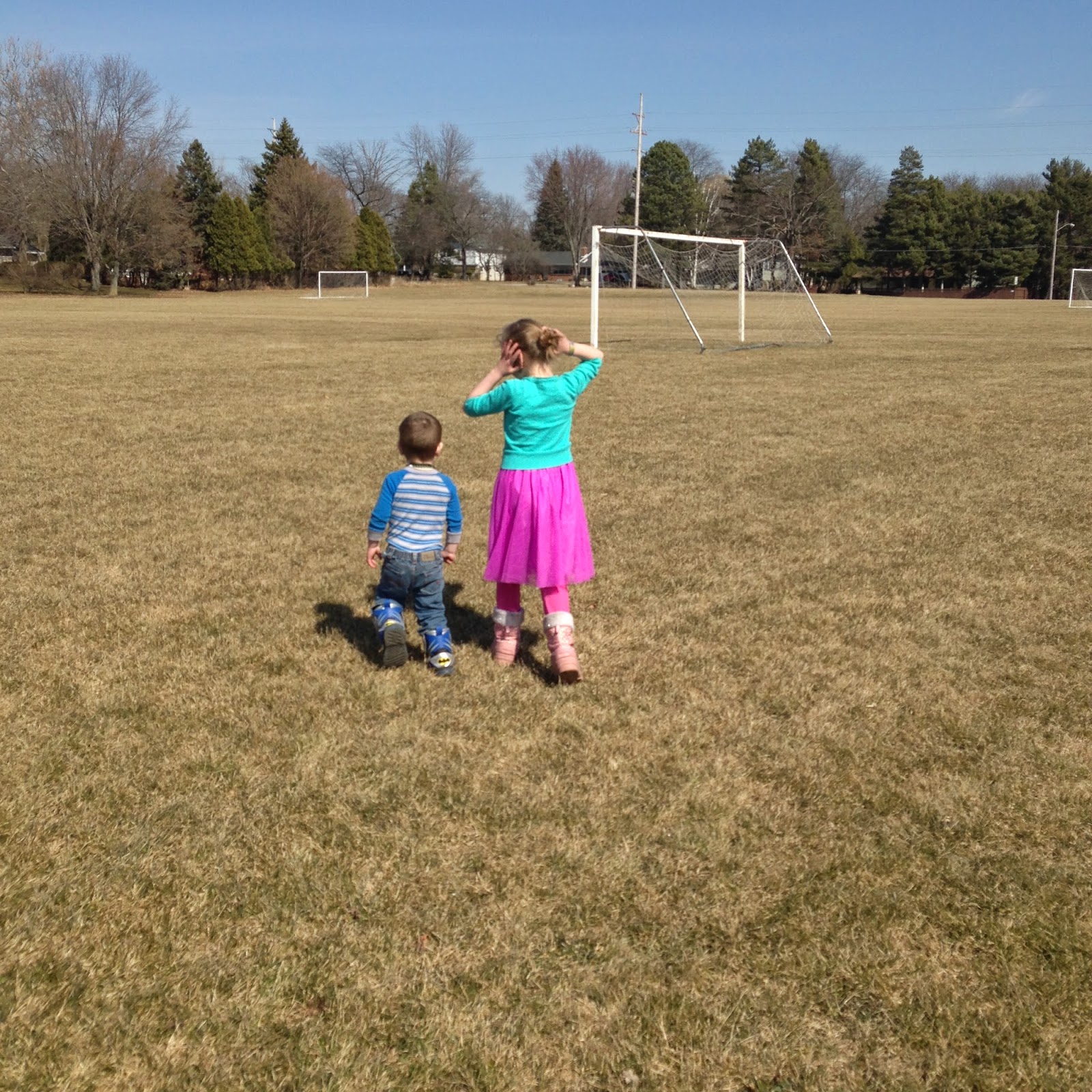