I was a little nervous getting ready for Mass this morning.

You see a certain someone wanted to wear a leotard and tutu and while I'm pretty lenient in the "what they wear to Mass" department on those days when the girls are dying to wear a fluffy princess dress, I wasn't about to let her stride out the door wearing only tights and a leotard.

I suggested a compromise.  A Dora dress where Dora is wearing a tutu. It is one of about three dresses that she is usually okay with. In the past it's been a hit.  This morning it was not.  Tears and hysterics followed.

Somehow we made it out the door with tears still flowing and I wondered if we were crazy for even trying.

At Mass I realized I had a binkie in my purse and in a moment of desperation I handed it to Mae.  She looked at it and mostly stopped fussing, but she was still pretty unhappy about not being in a tutu.  Then James started to cry. I patted him on the back and then realized that Mae was leaning over, holding the binkie in her hand trying to reach his mouth.

I let her give him the binkie and she smiled and sat back in her stroller, suddenly content.  The day was saved.  The rest of Mass went (relatively) smoothly. 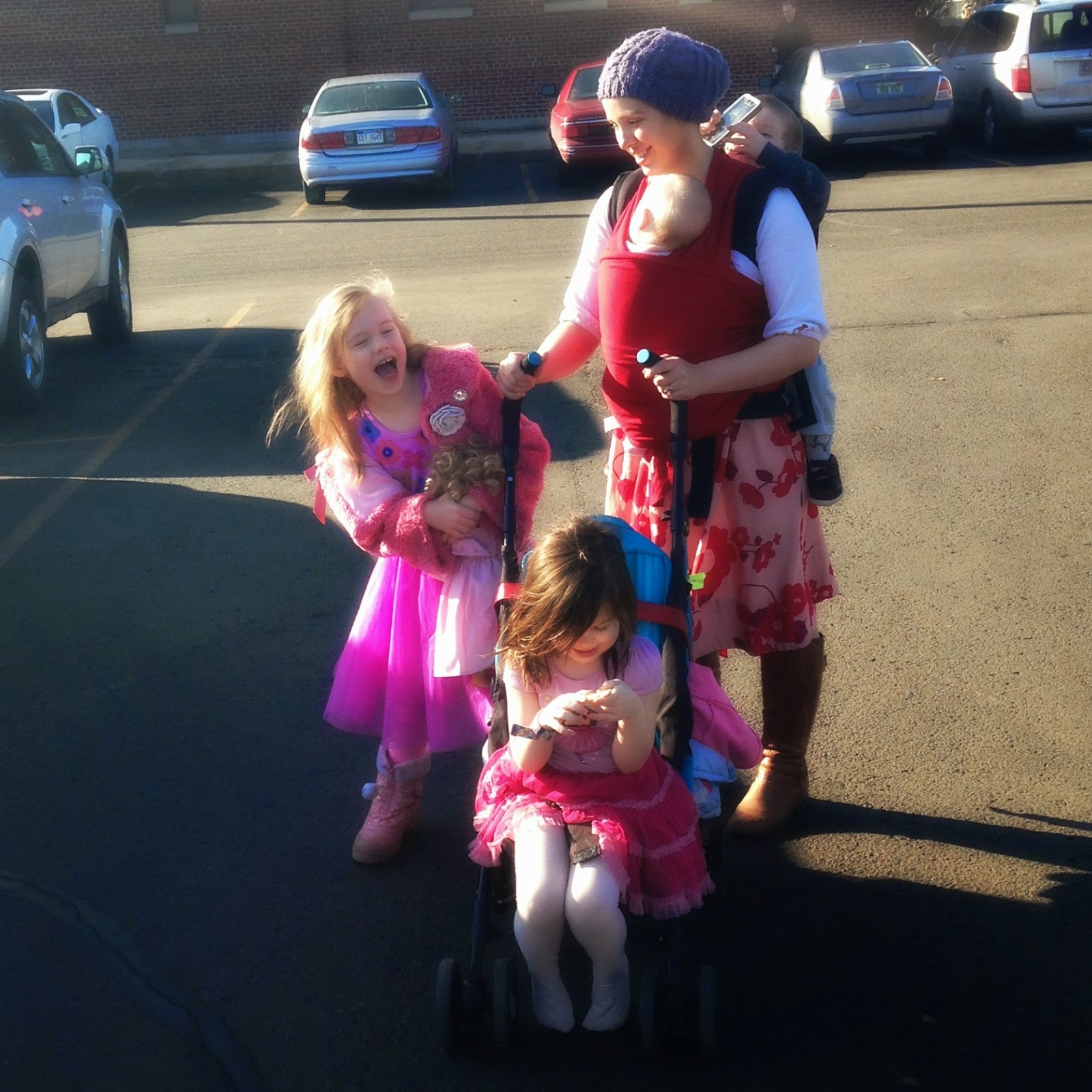 Today I wore one of my favorite Thred Up dresses with a little white sweater and my favorite boots, because while it's warming up, it's not quite that warm (and there are still piles of snow here and there).

Sadie wore a dress from Costco with a jacket from Thred Up and her snow boots.  Maggie wore a Dora dress that was Sadie's back when we lived in Florida and she refused to put on a sweatshirt, even though it wasn't exactly warm.  James sported a sleeper and Patch wore his favorite dinosaur sweater with his Elmo shoes and played with Paul's phone (which was turned off) when he wasn't busy ripping off my hat. 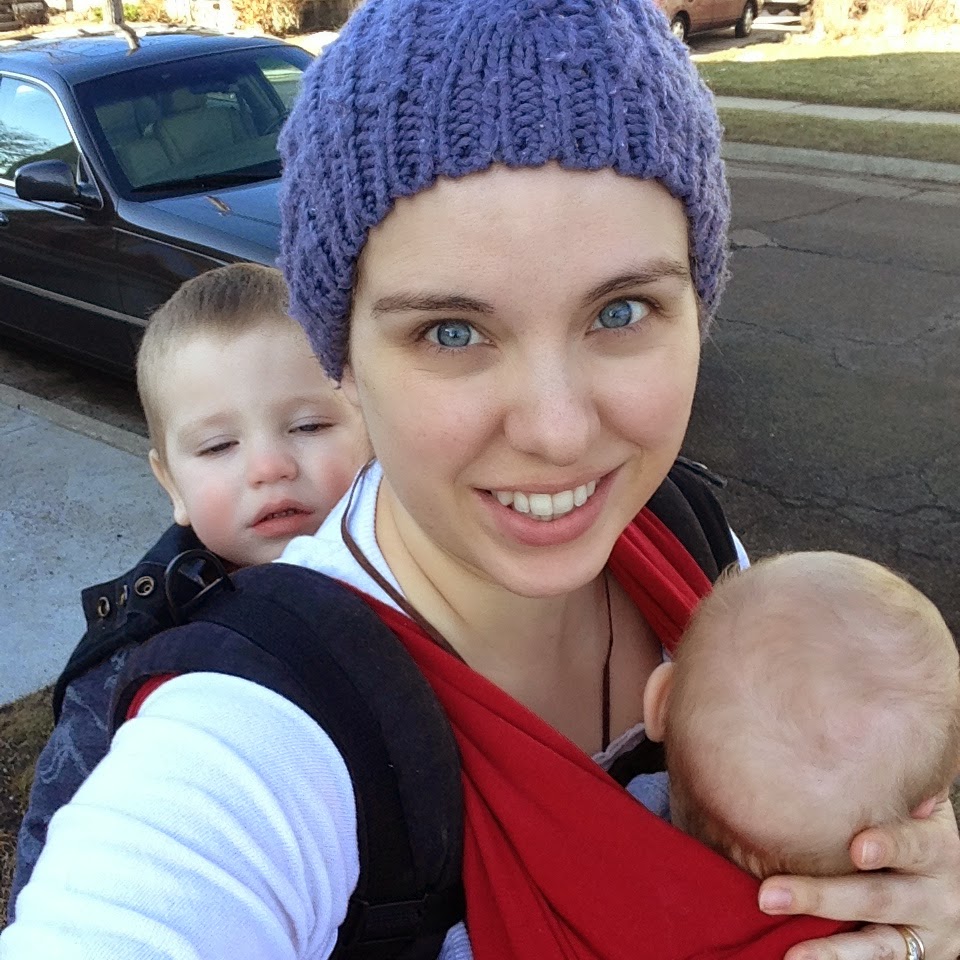 Sadie brought her doll, Kate, so that she could show her how a lady is supposed to act at Mass: 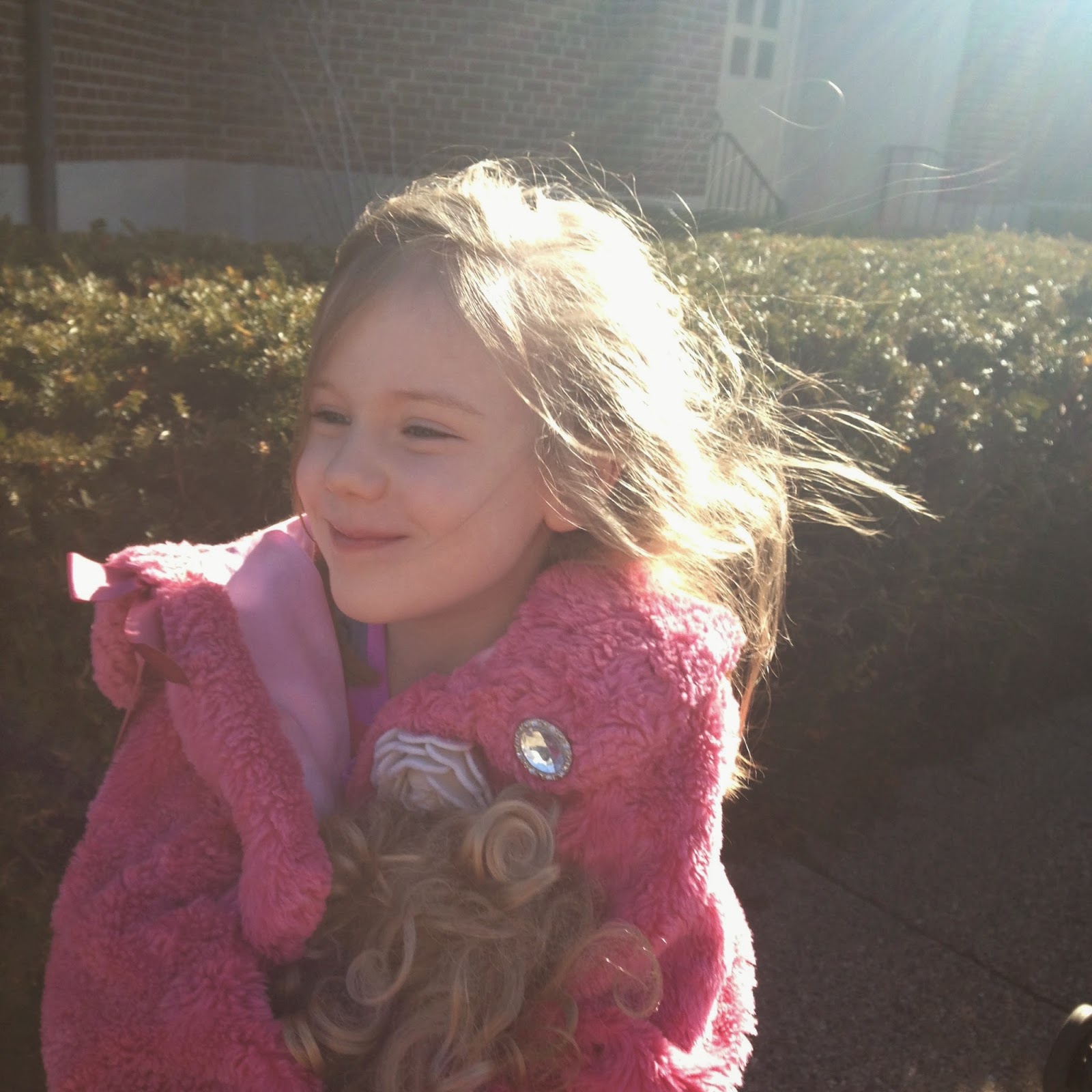 And I finally snapped a picture that shows her two (newest) missing teeth. She announced last night that her top teeth finally feel loose. 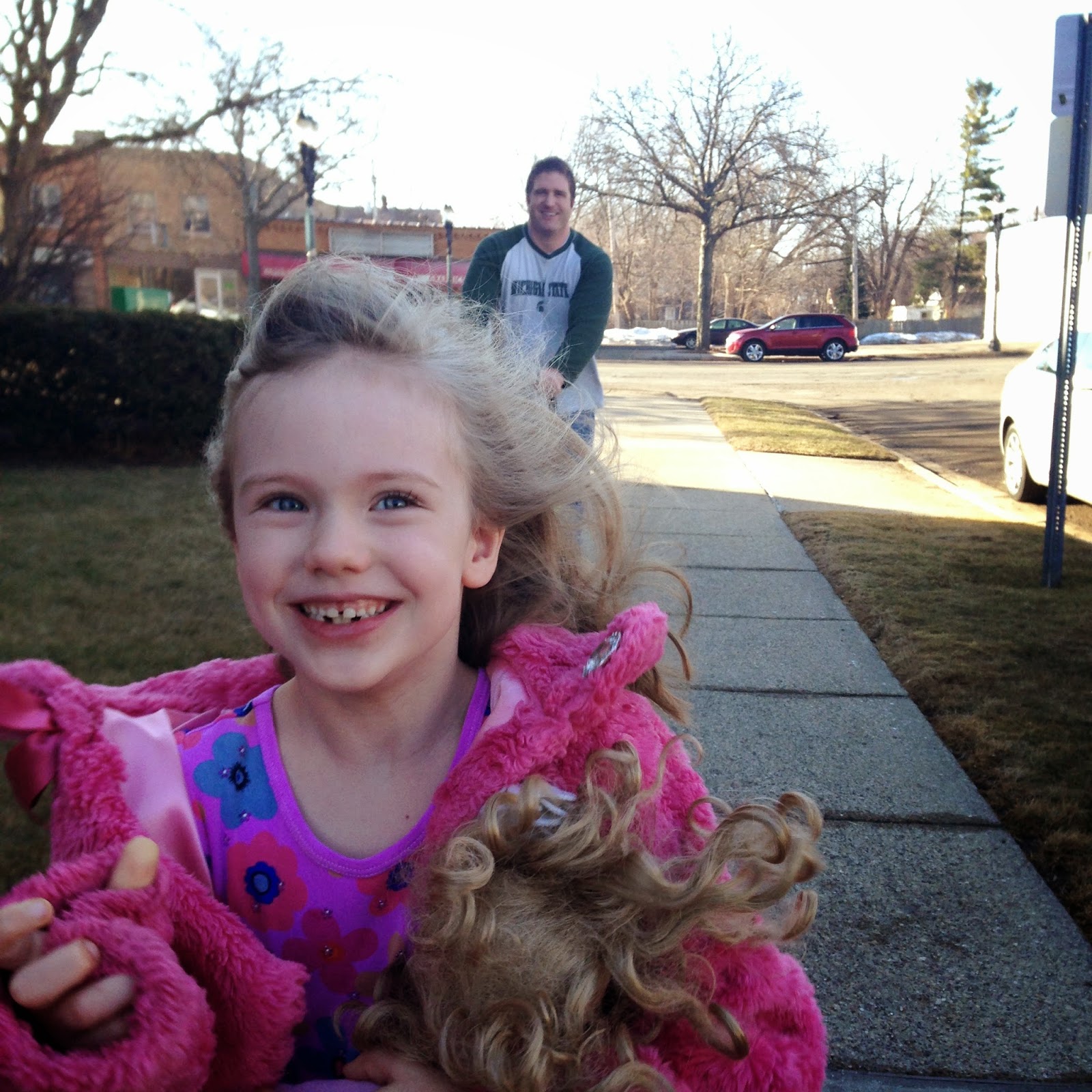 After Paul left for work I knew that I needed to get the kids outside and I was hoping to get in a little walking too, so I put James back in the Moby, loaded Patch and Maggie into the red wagon (which was easy since they were so excited they actually ran to it) and Sadie and I set off walking back towards our parish: 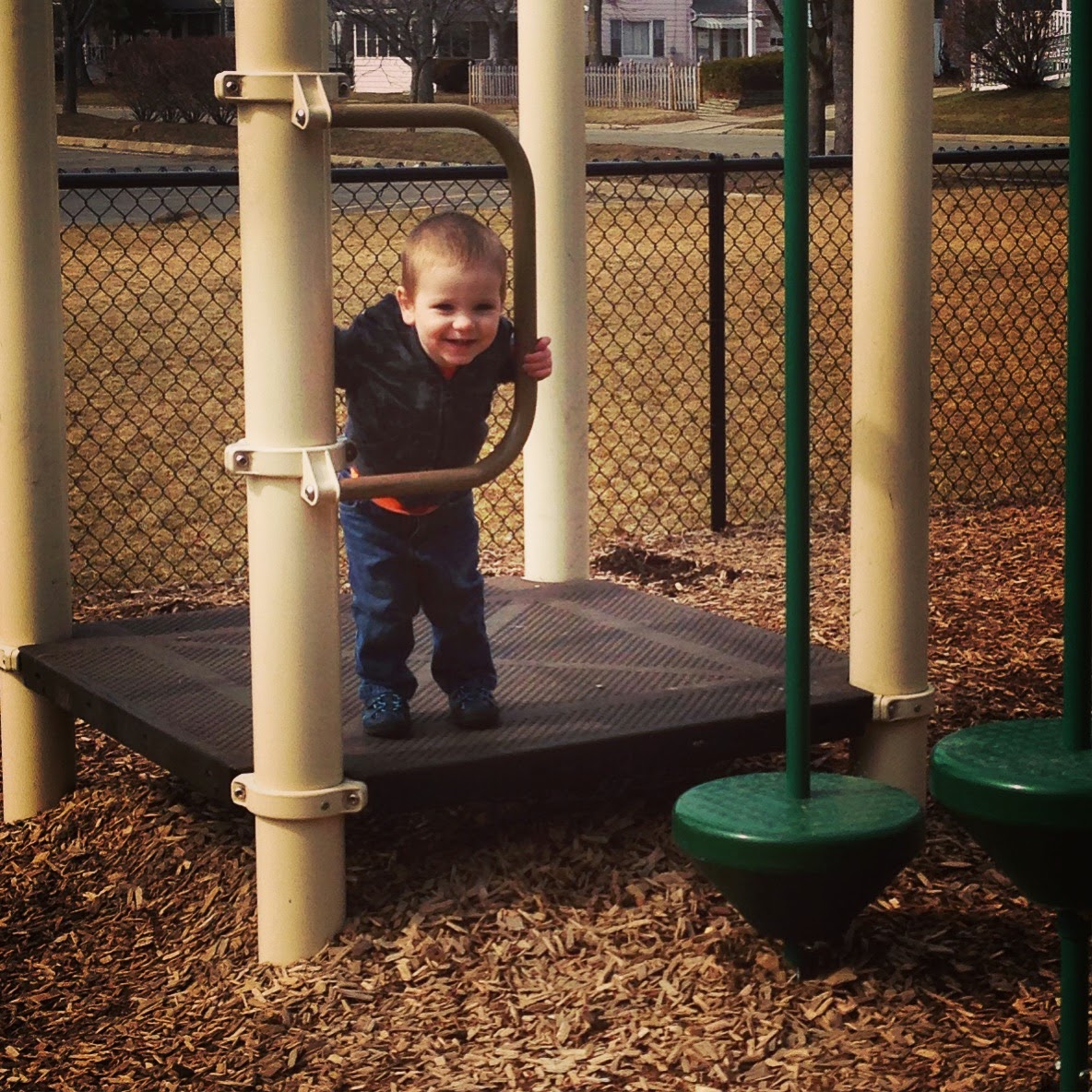 Once we got there James insisted he get down and play and I realized I hadn't brought a blanket since I'd just planned on wearing him the whole time and so he laid on the sweatshirt that Maggie was adamantly refusing to wear.  Because, as anyone who knows Mae well may have guessed, the moment she got home she was out of that Dora dress and was wearing her leotard. 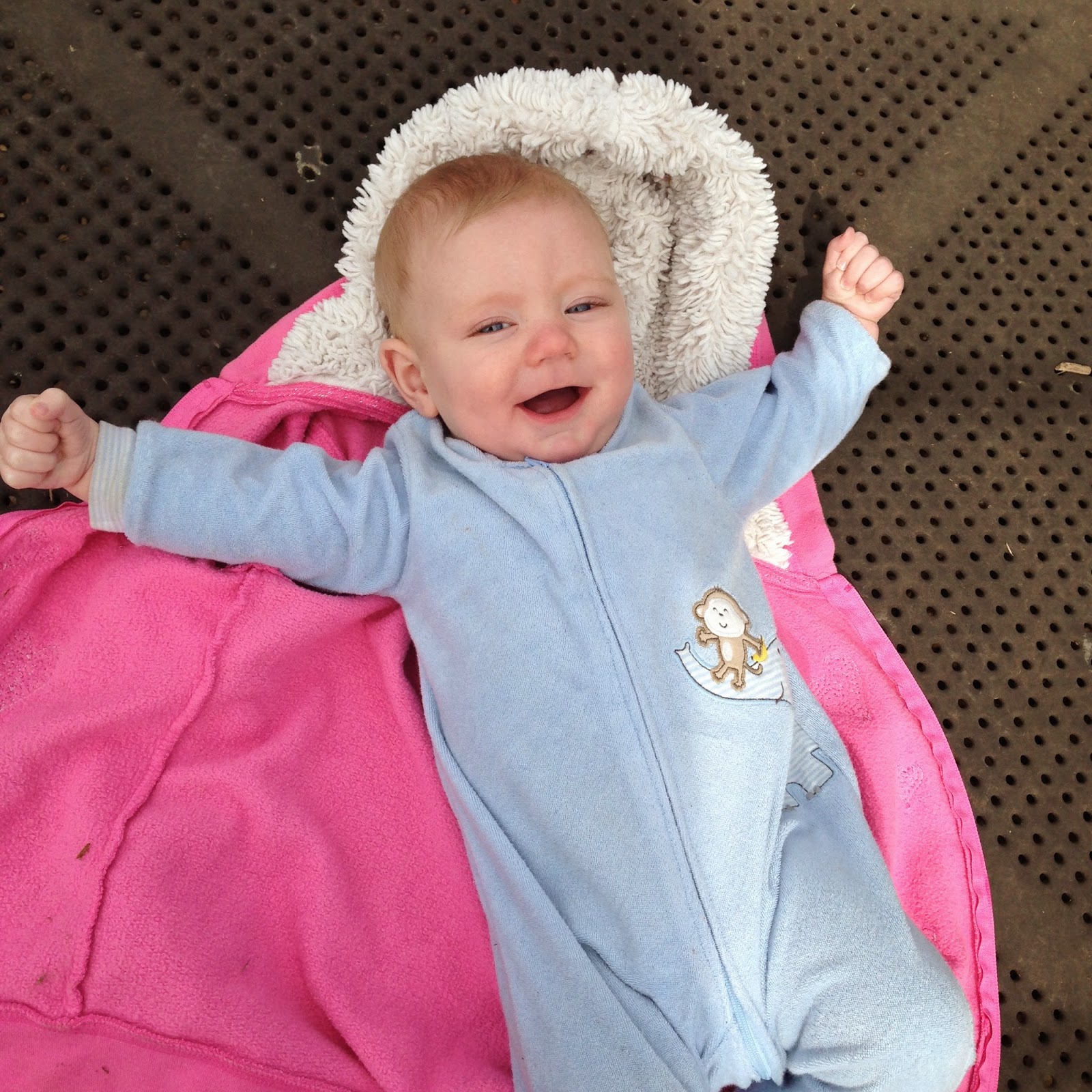 They went down the slide about a hundred times: 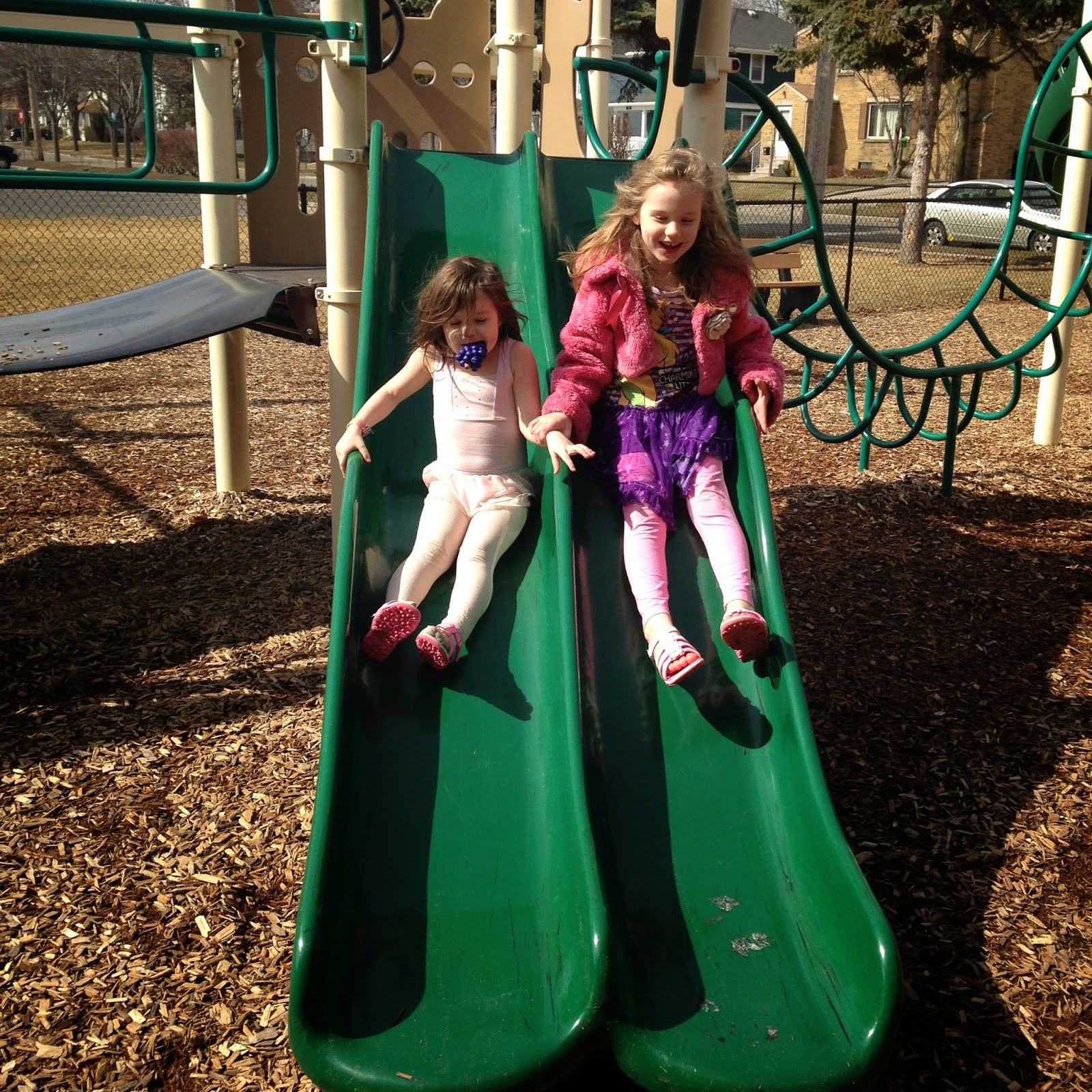 Maggie worked really, really hard trying to climb the monkey bars.  And she insisted that just below fifty degrees was the perfect weather for this outfit:


Then we got home and played in the backyard a little bit more: 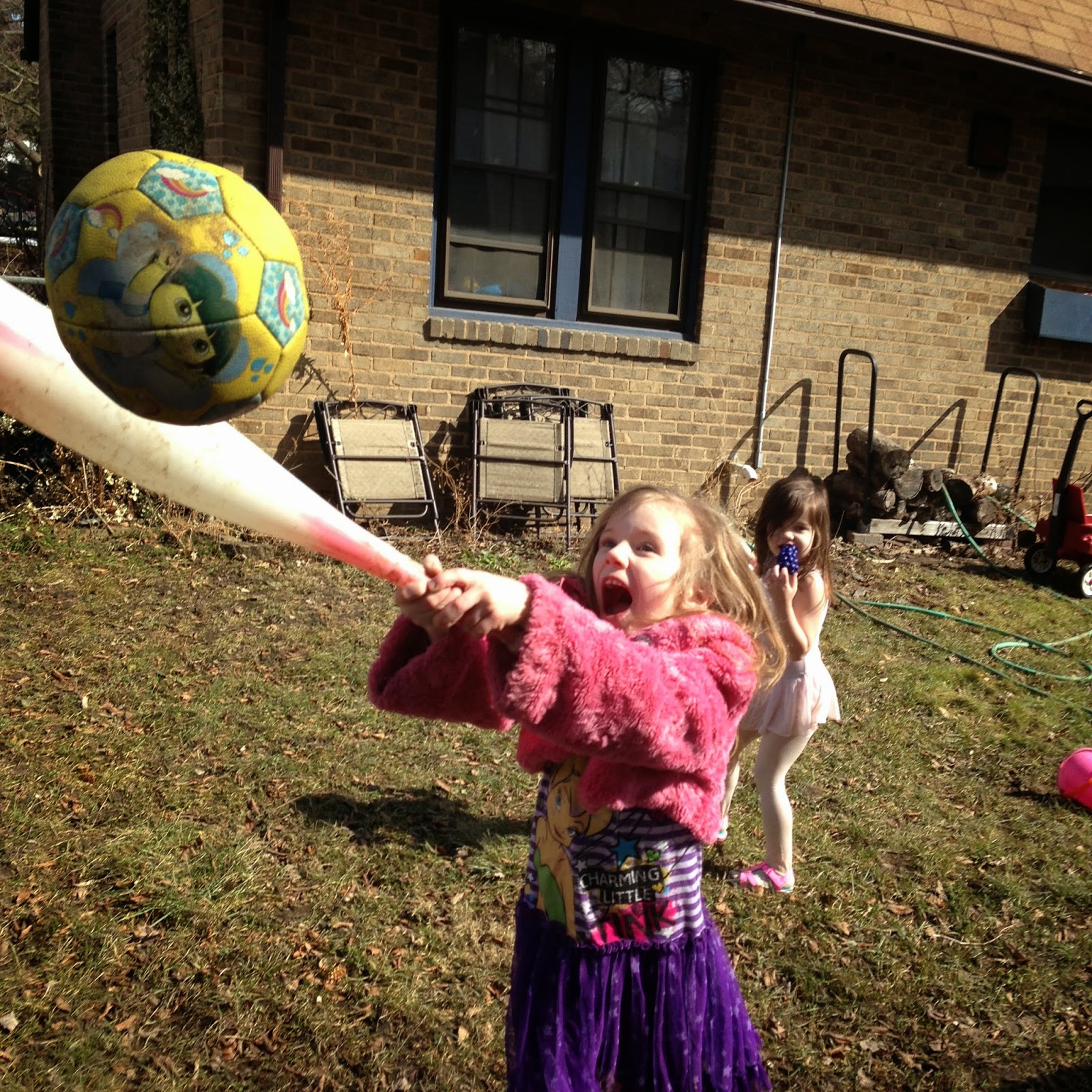 Patch and Maggie were pretty sure we were going to have a pool party... but it isn't quite that warm. 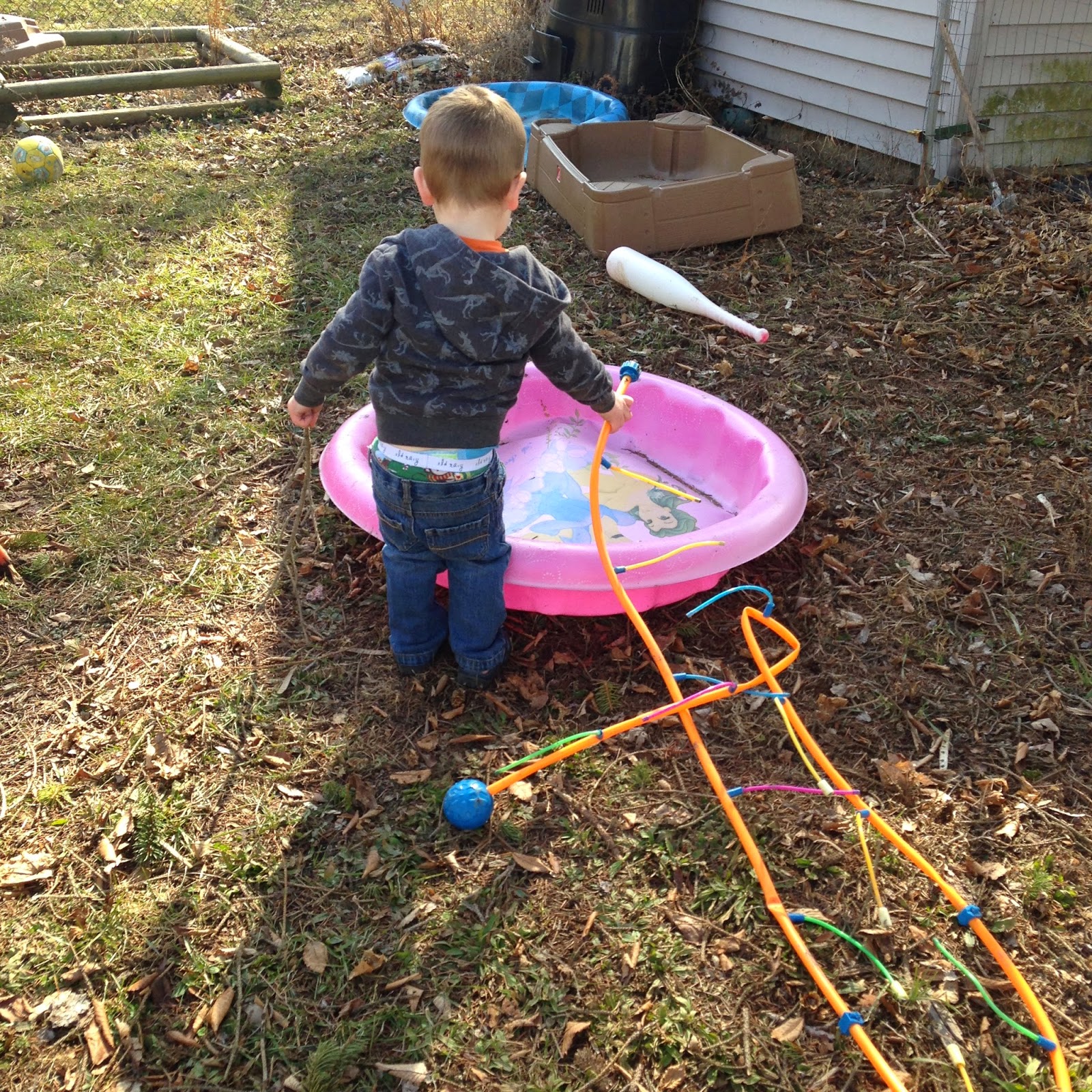 All in all today was a good Sunday.  For more WIWS fun head over to FLAP!